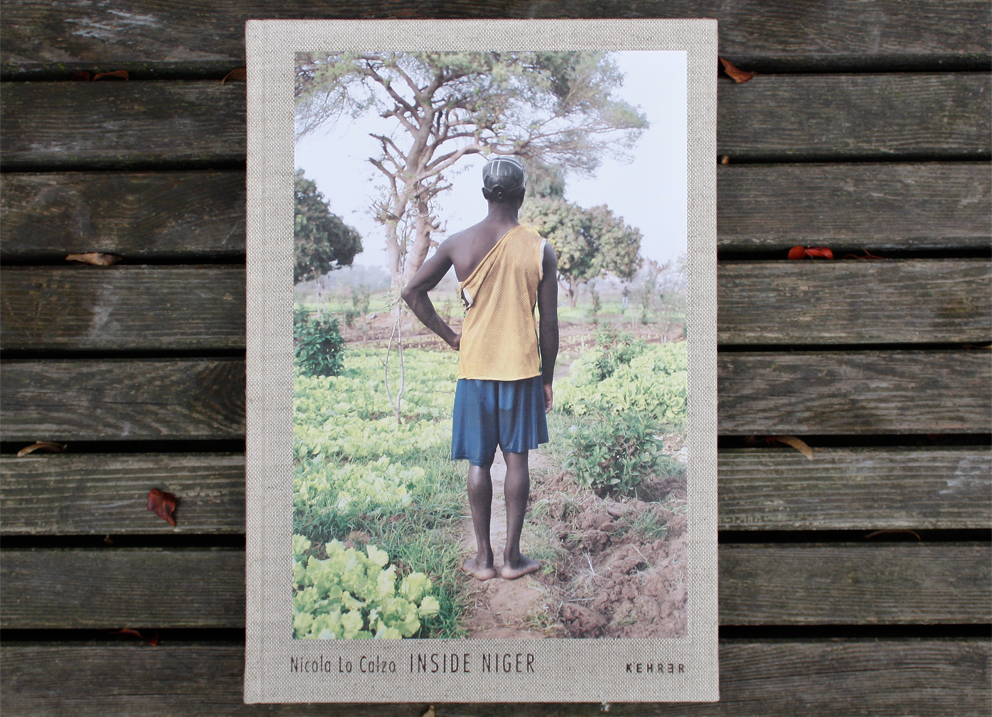 Some 110 million people live on the banks of the Niger and Italian photographer Nicola Lo Calzo photographed a few of them, with the river itself ever present. All photos © Nicola La Calzo; Images from the discussed book © Tatjana Prenzel, Stylepark

The Niger. After the Nile and the Congo, the Niger with a length of 4184 kilometers is Africa’s third longest river. Its source is in the mountains of Guinea, and it then flows through Mali, south Niger, snakes along the border to Benin and crosses Nigeria form north to south, and, after converging with the Benue ends in a delta in the Gulf of Guinea that is more than 200 kilometers wide. Some 110 million people live on the banks of the Niger and Italian photographer Nicola Lo Calzo photographed a few of them, with the river itself ever present.

Like a silent witness, the Niger characterizes the lives of the people who are bound up with it and indeed dependent of it. They suffer at its hands as much as they do at those of the changing political regimes, or from pollution, poor working conditions, expulsion, war and terror. In the Niger Delta the operations of the international oil companies have turned many a day into a living hell and the impact of global climate change is making life for the river-banks dwellers even tougher. For the Niger is dying. It is gradually drying out. Which is why there are less fishermen now and those who plant vegetables in the silt at its sides are now having to defend what is a sparse harvest anyway from the voracious appetites of hippos, a protected species.

If one studies the photographs then what immediately becomes apparent is that for the people who live here and pose frontally for Nicola Lo Calzo the river is more than simply a backdrop. It defines their fat. Lo Calzo consistently applies a system methodology. Even if the objectifying perspective may be reminiscent of a colonialist eye, he encounters those he portrays with respect and affection.

So it is we see Ibrahim with his tired eyes, a club in his hand, a smoking pile of debris behind him on the grounds of a slaughterhouse in Niamey. And bloody is the garb of Moussa, who holds a knife in each hand and also works in the slaughterhouse. Issouf protects his head from the heat by wrapping a light pair of trousers round it, Hassane has sewn patches displaying sneakers onto his jeans and jacket, while Adamou proudly presents two huge fish. Kader, Aboubacar and Fatouma, all of whom Calzo photographer in the vegetable fields, are just as proud. But their eyes are tired, like those of many we meet along the River Niger. 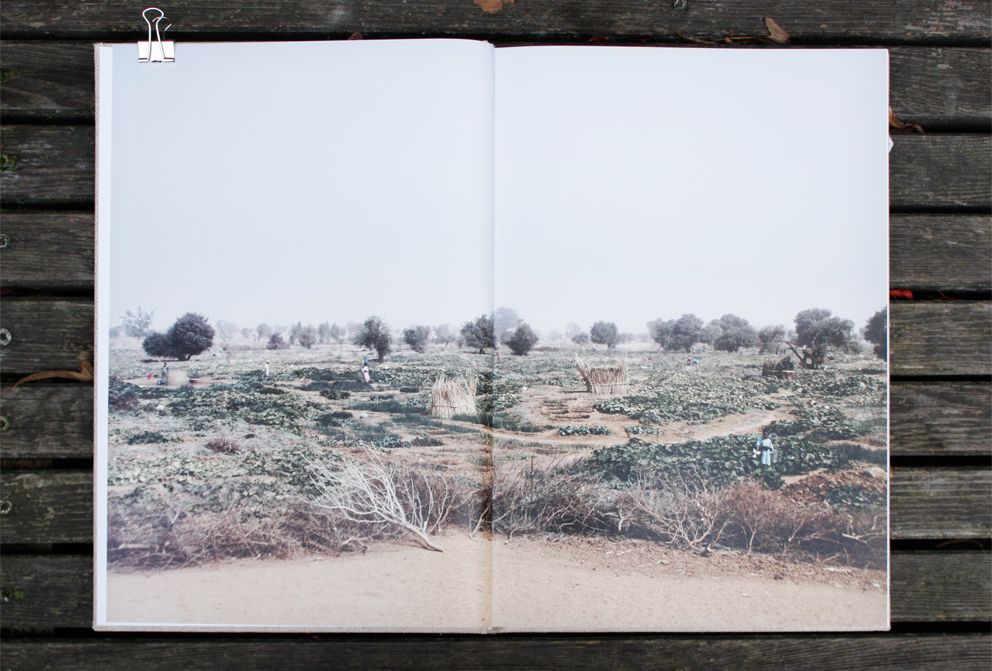 The Niger is gradually drying out and makes life more difficult for the people. 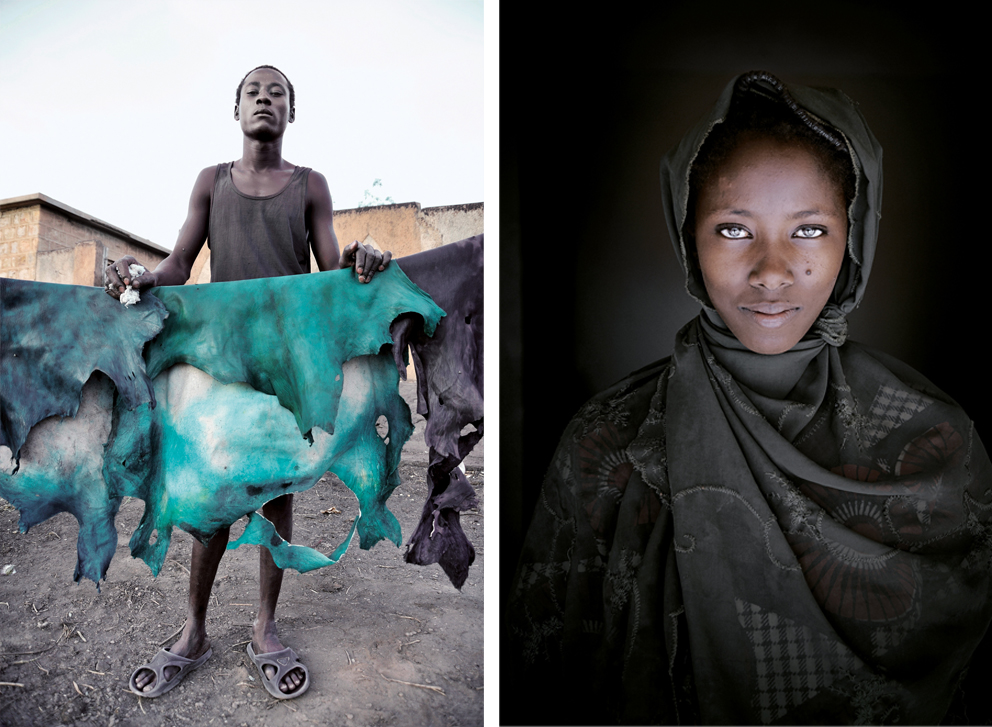 The people living next to the Niger suffer from factors such as pollution, poor working conditions and terror. 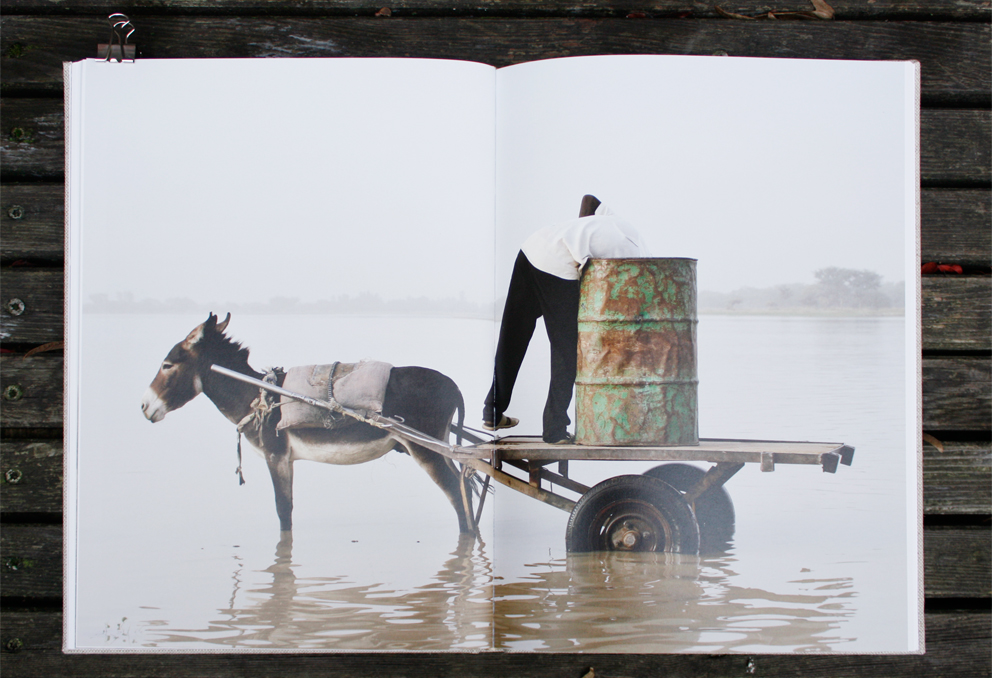 In the moment many of the people along the third-longest river in Africa live from fishing. 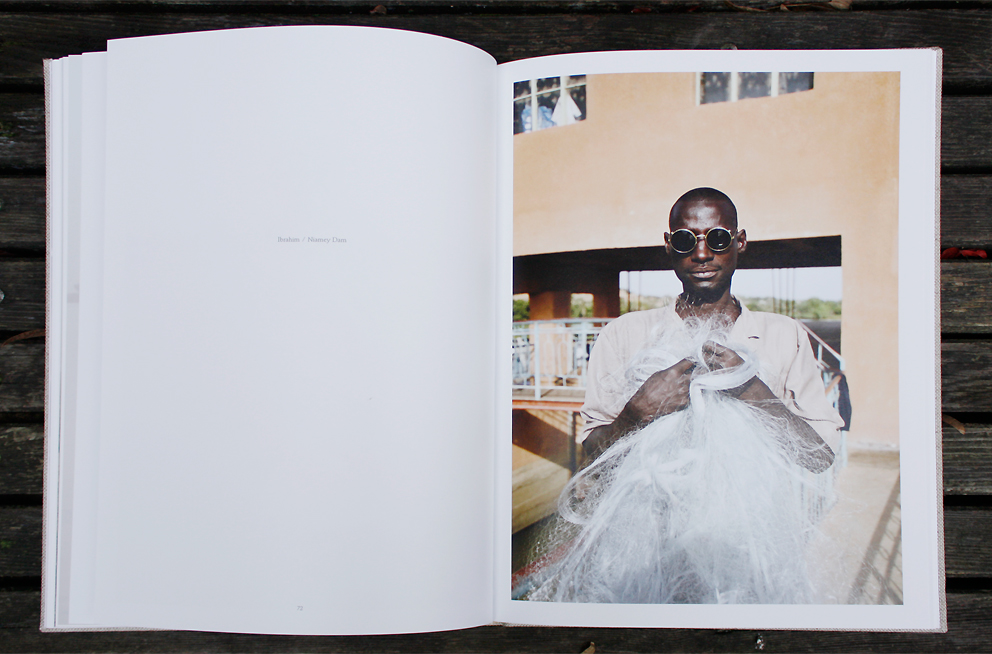 The main focus of "Inside Niger" lies on the people who live and work on the banks of the river. 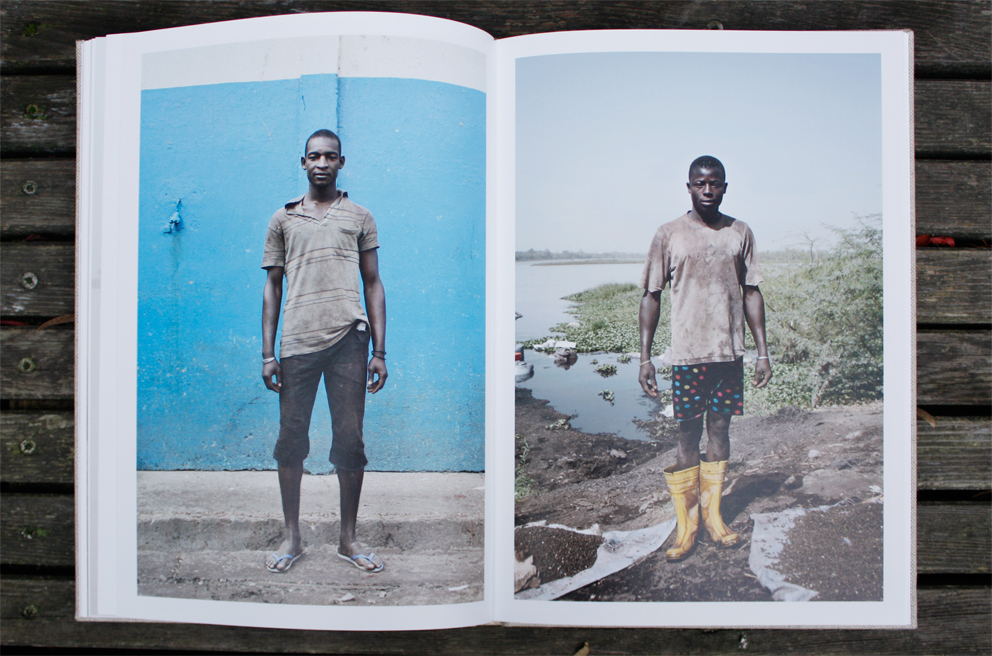 For the people who live here, the river is more than simply a backdrop. It defines their fat. 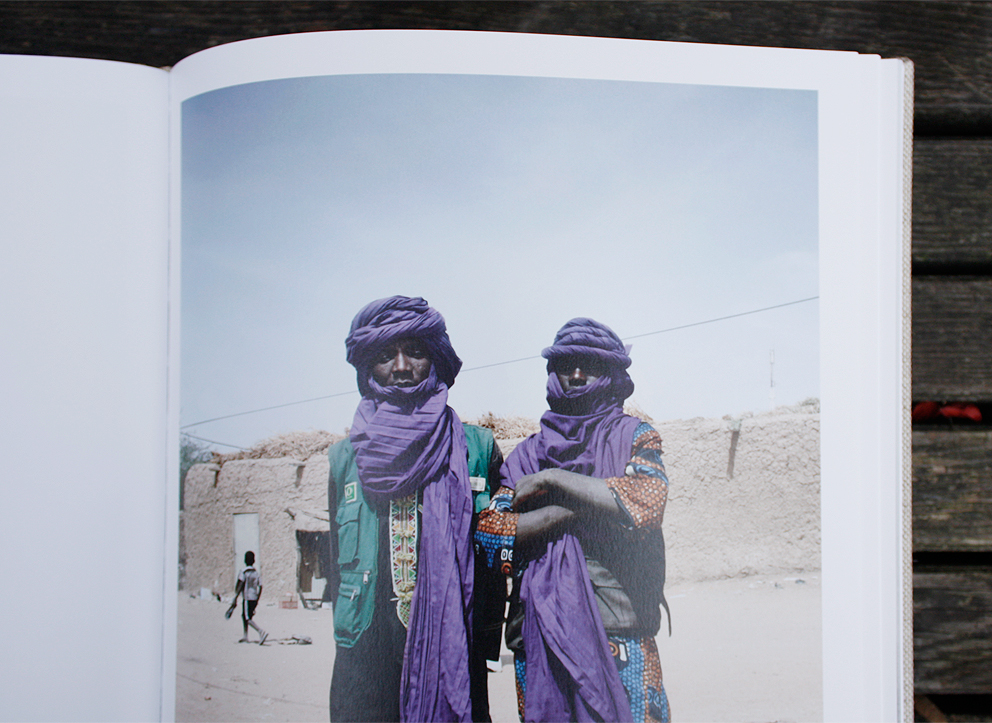 The Photographer Lo Calzo holds its objectifying perspective and encounters those he portrays with respect and affection. 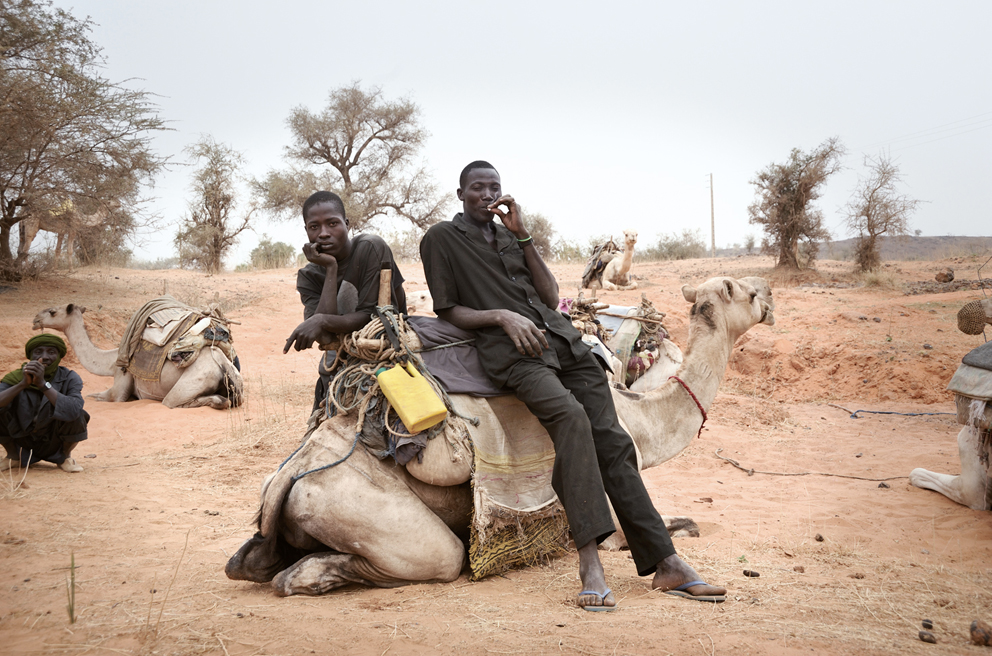 The documentary shows pictures from the Nigerian Tillabéry and Dosso regions that have been declared off-limits to travelers.
Advertisement