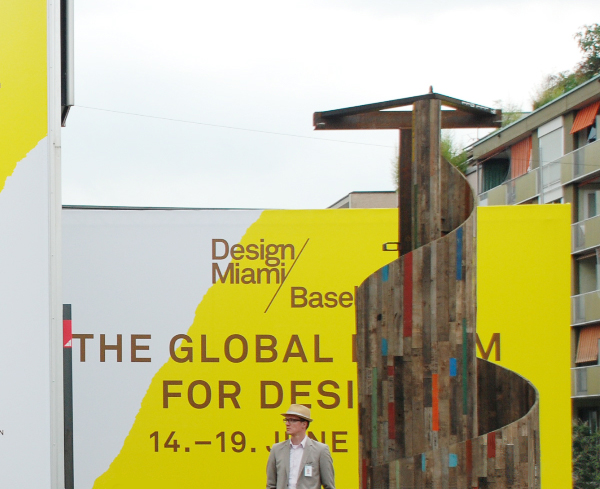 There is only thing that really gets Marianne Goebl's back up. And that is being asked whether design should be seen as art, namely B-class art at that. "I don't want to get into that discussion," says the Austrian, "but of course I get into it, for as long as we have to." Such an opportunity will certainly arise on June 14, for then the largest art trade fair in the world – Art Basel – opens its doors in Basel; while just one hall away one of the most important trade fairs on the design calendar will be taking place too. More than forty galleries will be in attendance at Design Miami/Basel with collectable pieces from the 20th and 21st centuries – so-called "collectible design". Over five days, business will be done, prizes awarded and panel discussions led – and all of that under the management of new director Marianne Goebl.

The public whom she will have to square up does not consist of real design experts. "We'll be addressing art lovers who also have an interest in design," comments Goebel, and that is of course offers ample opportunity to consider the differences and similarities between design and art. The D&A Lab gallery in Brussels, for example, have asked British artist Jonathan Monk to create an adaption of Enzo Mari's Autoprogettazione, while the Cumulus Studios in New York is showcasing "Argento Libre", a sun lounger by American artist Mike Bouchet. "Talk to the artists about how they put these particular projects into action," suggests Marianne Goebl, "and then you'll soon see that they take a very different approach." That is to say autonomously and not in the role of a problem-solver with pre-defined parameters, as is the case with designers.

One of the Design Talks that accompany the program at the fair is dedicated to the varying approaches used by artists, designers and architects when creating a piece of furniture – with a representative from each field on the panel. Another session considers the role of private jobs commissioned by patrons – likewise, a topic that is familiar to both art and design experts alike. "My theory is that you need to include people who are also known outside of the design field," comments Goebel. "Nobody knows Konstantin Grcic or Jasper Morrison here. It is for this reason that you have to mix it up."

This theory is one of the few examples to date of how Marianna Goebl has made her own mark made on Design Miami/Basel. In February of this year, she took over from Ambra Medd – the young, beautiful, glamorous founder. The fine Medda is a hard act to follow but Goebl has no desire to upstage her. "Ambra established a brand," says the new director, "and this brand was very strongly tied to her as a person and to her charisma. But I believe that the fair is now coming into a period of independence, it has matured and no longer needs that one particular person at the helm." Then following a short pause, she adds "Or do know what the directors of Art Basel looks like?" No. And that is not particularly important either. "The fair's content needs to be center stage," states Goebl, "and my role is that of being an intermediary, of management, not branding. That has already been taken care of, and very well at that."

In any case, Marianne Goebl is not a poster girl. Until now, she has been noticed for her achievements alone and little is know of her personal life. She was born in Vienna in 1975, gained her degree from the city's business university as well as an additional diploma in Marketing from the elite HEC in Paris. She speaks five languages and previous to her move to Design Miami/Basel, she spent years at Vitra, amongst other roles, as the person in charge of the Vitra Edition and as head of international PR. It was at the age of 21, when she went to the furniture trade fair in Milan, that Goebl knew she wanted to work in the field of design. She would rather ski than lie on a beach, though she finds herself in Miami just as often as in Basel. And furthermore, she spends a third of her work time travelling around the world. "I don't mind", she says, "I like to be in the move."

She also wants to be on the move in a figurative sense. She sees herself as a mediator and therefore considers it of great importance to use the fair to address a wider demographic. The average Joe is interested in what she calls a "hands-on museum". With furniture holding price tags in the seven digits or more, for most it goes no further than that anyway. French pieces from the post-War years, especially, achieve record prices, according to the market study "The Rise of the Collectible Market 2005-11" carried out by the British design thinktank DeTnk, while barely 8% of the global turnover is made with contemporary design.

Even Marianne Goebl admits that the market for collectibles is conservative. "I am repeatedly astonished at how traditional the people are who collect the most progressive of art." she says. Despite this she insists that the market is becoming increasingly contemporary. At Design Miami/Basel only half of the exhibitors display historical design pieces, "whereas the market for contemporary design is sure be the stronger of the two in terms of development."

This is most definitely reflected in the current discourse on design. "Every designer has their own playing field, which they themselves stake out," claims Goebl and mentions for example the German Random International collective, with their interactive LED installations, Canadian Jerszy Seymour with his very basic approaches that touch upon DIY and open source design, or the Italians, Formafantasma, with their studies on materials. "For emerging designers in particular, the collectibles market represents the only chance to conduct their research and bring it up to a higher level. Otherwise, they would simply continue to work away alone in their little laboratories forever."

A central role is of course played by galleries, not only in terms of sales, but often in their commissioning of individual pieces or limited editions too. "I believe in the necessity of restriction in the design process," asserts Marianne Goebl – restrictions on materials, budget or market. "But barriers don't always lead to good results, sometimes you need to be able to run free," she adds. Now this is definitely "a serious marketing model. There's something on offer that was previously accessible only to a very selective circle of artists." Not that galleries address a mass audience either, but at least here the designer's experiments reach a wider audience than their immediate circle of friends. In this respect, art and design are not so similar after all– at least until the designs are ready for market and go into mass production. 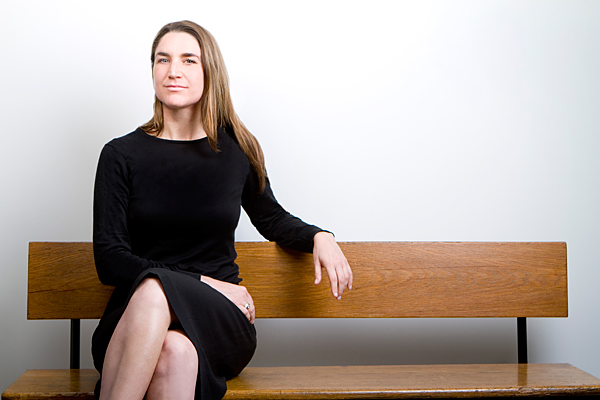