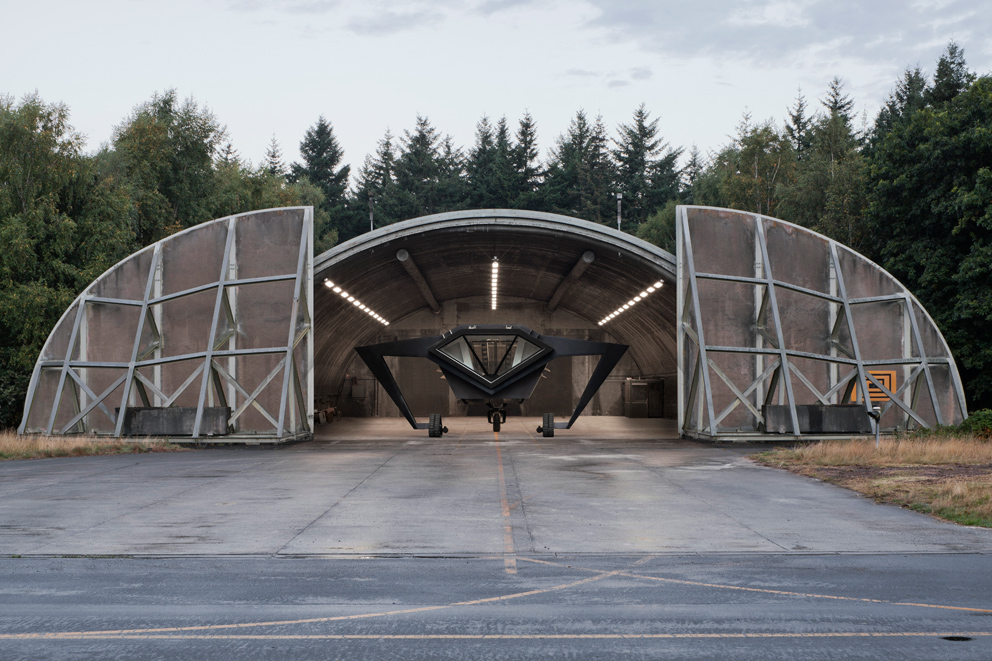 The research station Secret Operation looks almost graceful as it sneaks out of the hangar of the former air base. Photo © Michiel de Cleene
Advertisement