top
Only one thing counts: high-grade and rare it must be
von Thomas Wagner | Jul 1, 2010

It is an undisputed fact that the art market is not about industrially mass-produced items but with the exception of graphic art and photography about one-offs, in other words, originals. And nowhere is this more the case than at Art Basel, which after all is the most important art fair in the world. Here uniqueness is what counts, here art to suit every taste and every pocket is on show. And it goes without saying that nowadays design necessarily features at such an event. After all, one has to live up to the standards one sets oneself. Nonetheless, and how could it be different, they do not involve mass-produced items such as could be purchased in any good furniture store, but instead entail well-preserved individual, or indeed classic items, as part of an edition that is as high-end as it is exclusive, or even, if need be, as a curiosity. It is obviously not on to ask what any of this has to do with design or (depending on the object) to inquire into the difference between art and craftsmanship. After all, we find ourselves not in some post-graduate art seminar. And are instead witnesses to the flourishing trade with what is special.

"Clever industrial designers know exactly what kind of image consumers project onto their beautiful appliances. Which is why they need to eliminate any unfavorable factors that could put the customer off. And replace them with more appealing ones. In our firm, this procedure is referred to as a system of gentrification." The procedure recommended to designers by Raymond Loewy, one of the founding fathers of industrial design, has long since stood its ground in the commercial trade with rare design items. And during an era in which designers like to see themselves as artists and even artists themselves venture into the territory of higher-usage items, art makes for a successful "system of gentrification".

There is no doubt that a shelf which Charlotte Perriand made in 1965 for Ateliers Prouvé is just as great a piece as a very long cherrywood sideboard created that selfsame year by the same person and boasting red and white doors (at Galerie Patrick Seguin, Paris). But I leave it to others to try and understand why an artist such as Jonathan Monk (for D&A Lab, Brussels) had to make a kind of couch table from multi-colored, powder-coated metal panels - as regards its function, it can be placed somewhere between Donald Judd and Liam Gillick. To my mind, a thick, massive oakwood slab (Karena Schuessler Gallery, Berlin) does not even really sit easy with an ‘inflated' metal frame by Oskar Zieta. But gentrification simply sometimes has to be a massive and wooden matter.

We strolled across the entire hall and asked a specialist for Danish design what a "Three-Legged Chair" by Hans J. Wegner dating from 1963 cost - doubtless a great specimen in dark dyed laminate with thin light beige upholstery - and were slightly gob-smacked by the response. The piece, we were told emphatically, had already been sold, albeit it for 50,000 euros, yes, euros not Swiss francs. We swiftly did an about-turn and headed for "Art Unlimited" in the hall next door. Perhaps, we thought, we should consider simply buying d Michael Beutler's "Pipeline Field", a huge stockpile made of tubes made on site from unprinted Tetrapak carton, the edges of which had been twisted upwards like hair curls. You cannot sit on them, and you need a little more space, but given that they cost only 45,000 euros that hardly counts. Long live the ‘gentrification system'! 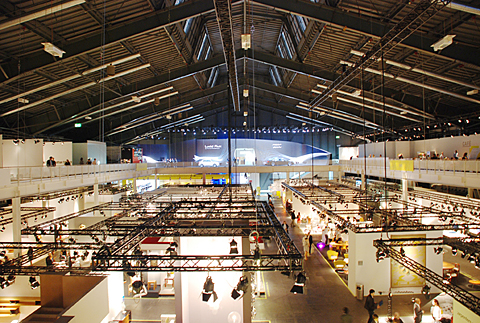 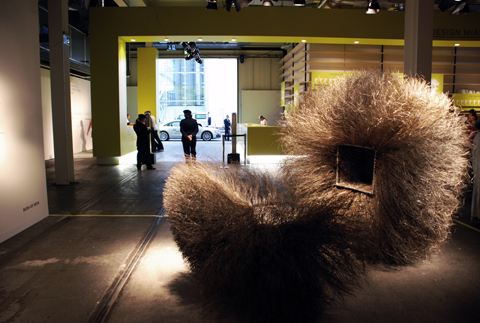 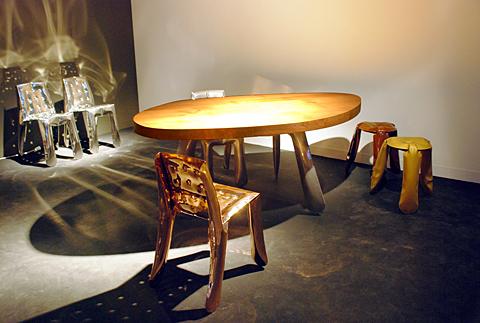 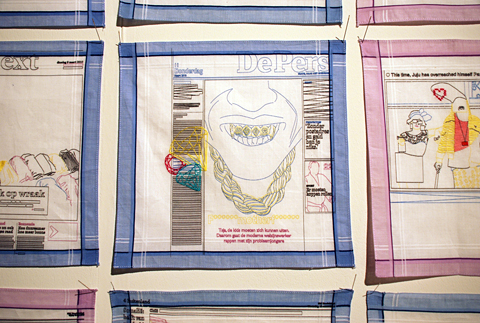 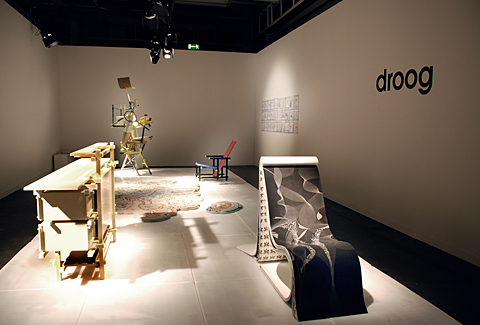 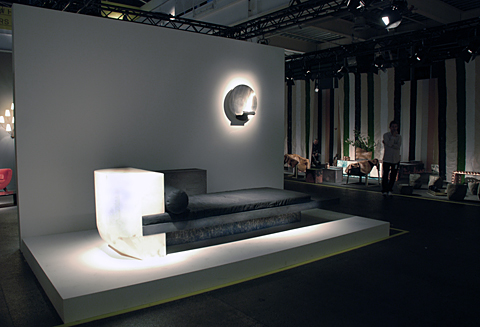 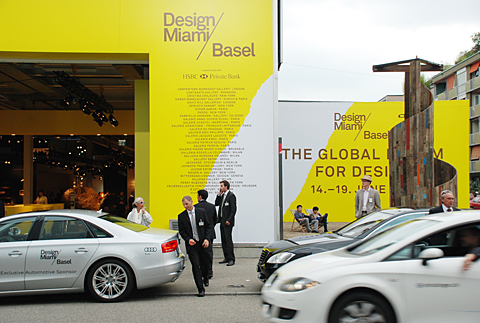 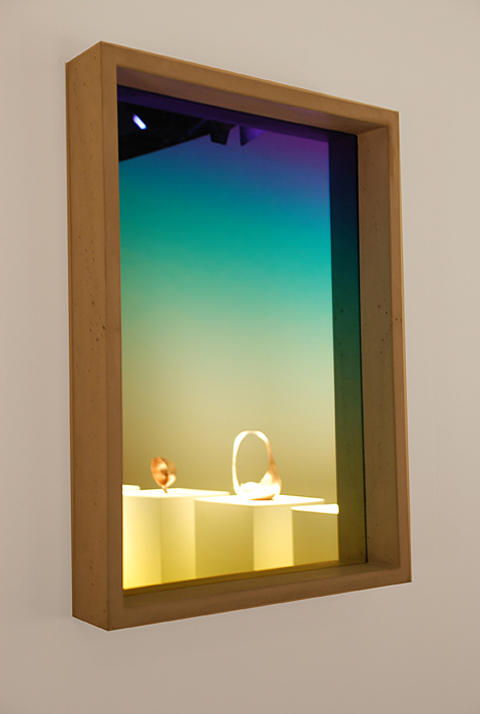 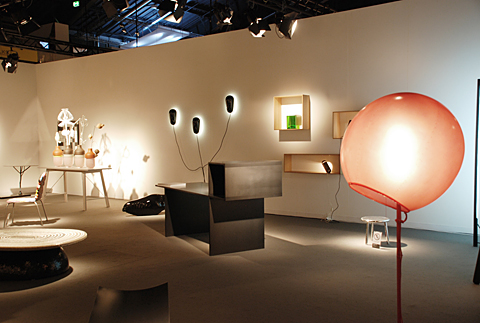 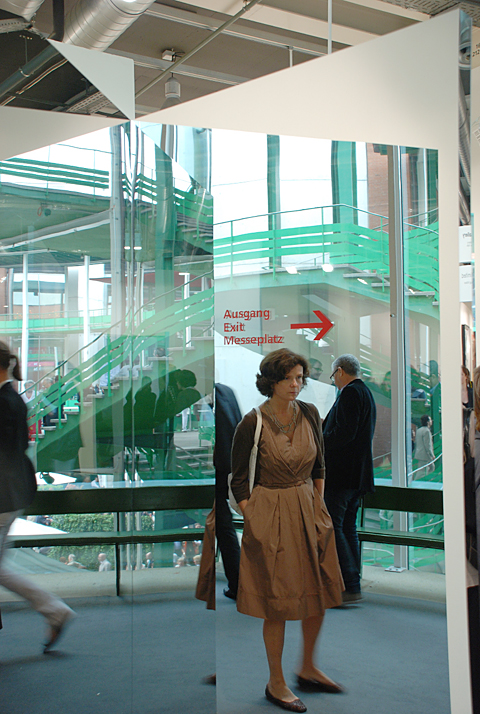 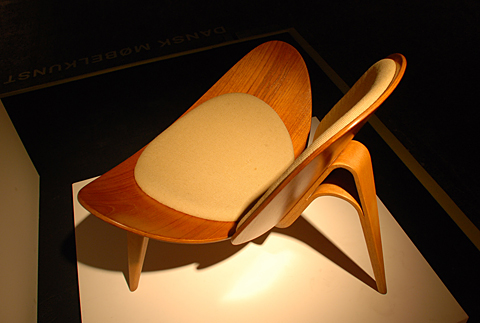 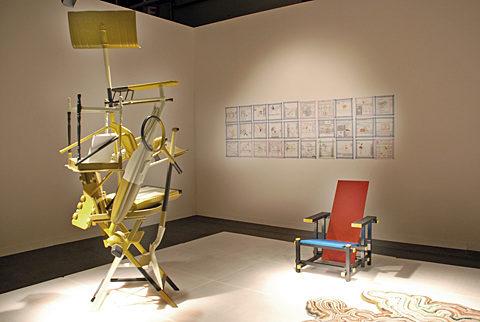 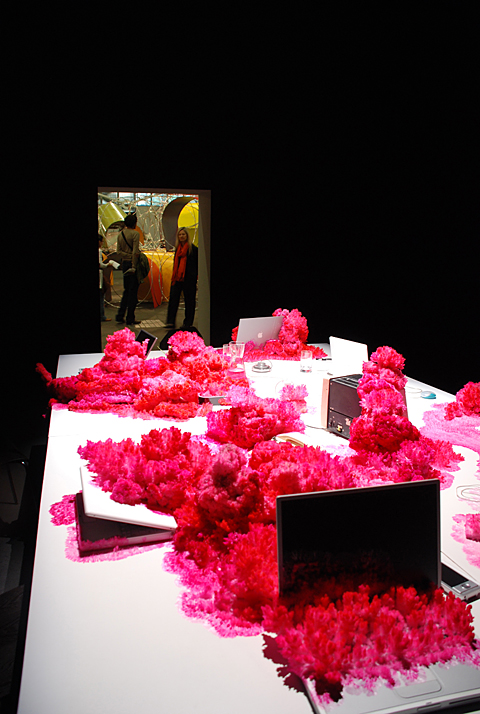