Located on the corner of Jydeholmen and Indertoften in the Copenhagen suburb of Vanløse, Hebsgaards Have senior citizens’ home is constructed with handmade red and black bricks. These come from the renowned Danish brickworks Petersen Tegl, one of the few factories in the world to fire its bricks using coal. The process gives rise to an interplay of dark and light hues on the brick surface, which animates the architecture.

This is precisely why when designing Hebsgaards Have, architecture studio MAPT, today Lendager Arkitekter + Arcgency, opted for red “B07” and grayish-black “B85” bricks by Petersen. They accentuate the building’s organic form and allow a change to take place: at twilight the dark bricks become invisible.

The pattern of the bricks on the façade did not come about on the building site, but rather was digitally generated in advance and integrated in sandwich elements at the factory. Skilled workers then assembled the elements on site to form Hebsgaards Have.

The paths surrounding the senior citizens’ home feature the same bricks as the building façade, which thus appears to extend out to them. The integrated pattern guides pedestrians along the building to the street corner.

The home was named after glazier Per Steen Hebsgaard, whose workshop was located here. Numerous Danish artists, including Bjørn Nørgaard, have had Hebsgaard produce their designs. 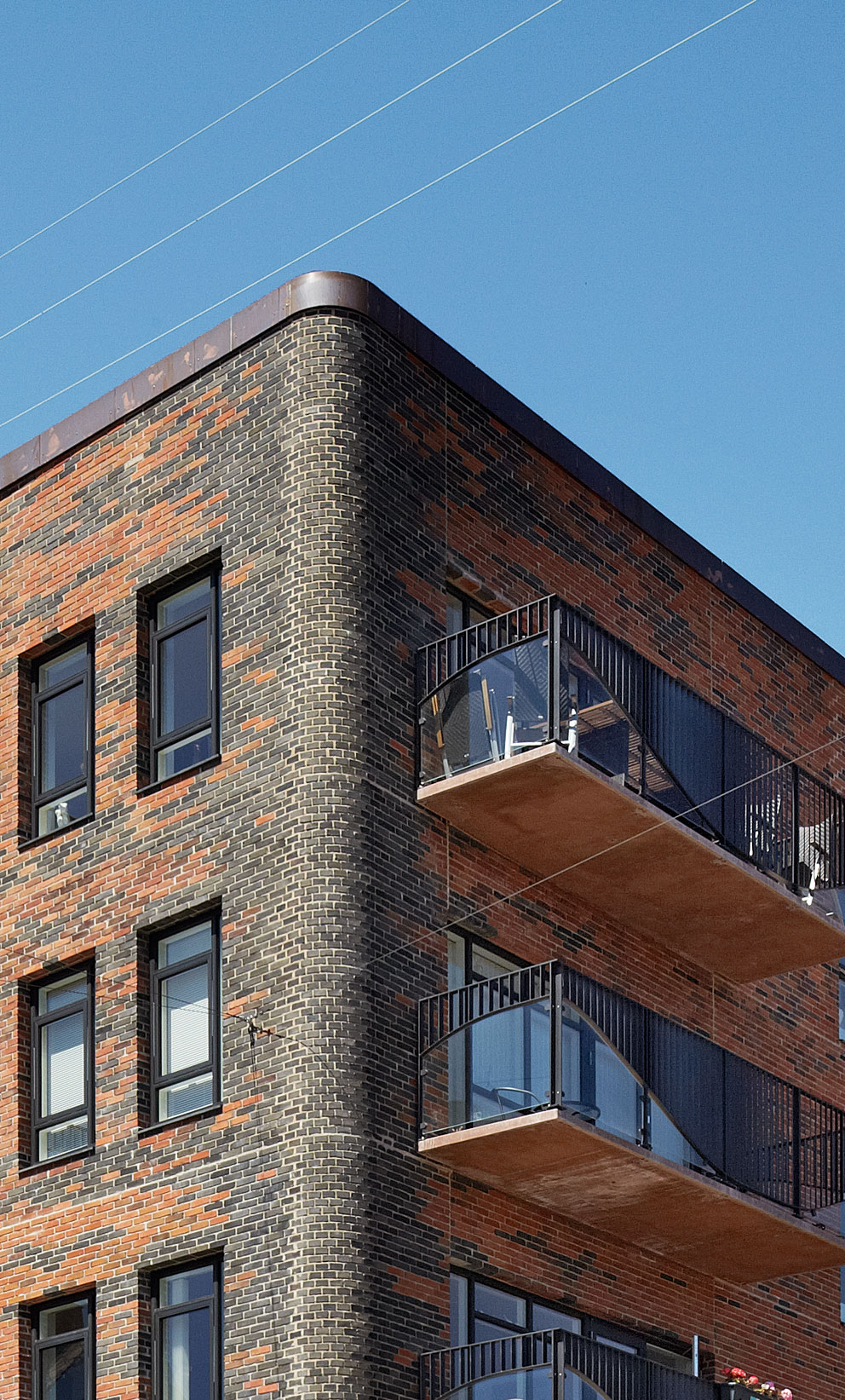 Builders formed the rounded corners of Hebsgaards Have senior citizens’ home in Copenhagen using the end of the bricks, photo © Anders Sune Berg

Builders formed the rounded corners of Hebsgaards Have senior citizens’ home in Copenhagen using the end of the bricks, photo © Anders Sune Berg 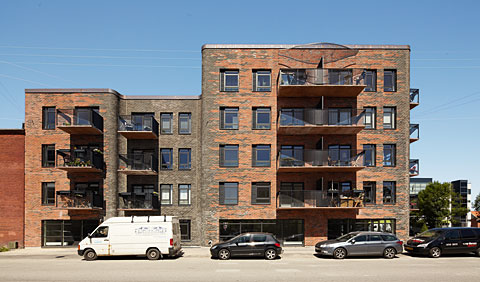 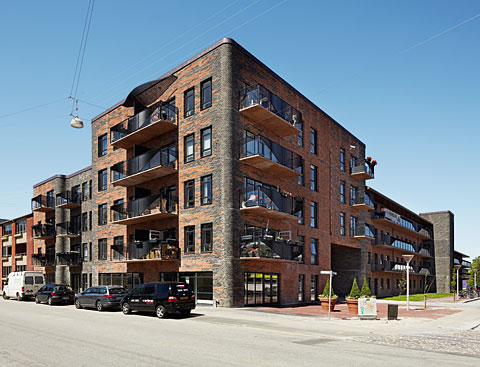 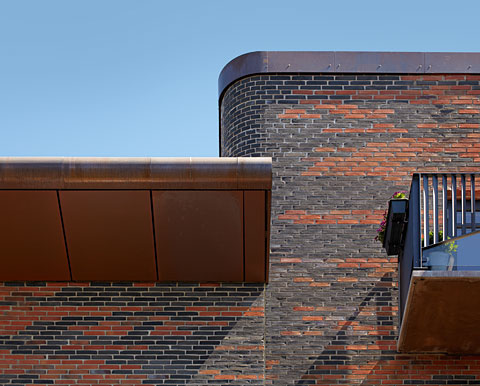 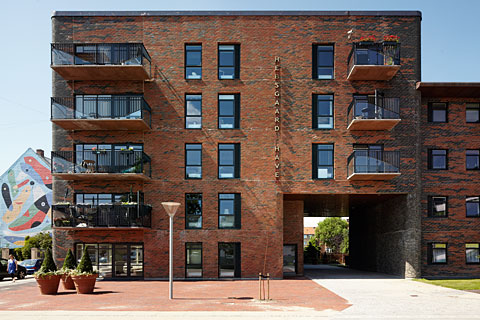 The path in front of the building is also paved with “B07” and “B85” bricks by Petersen Tegl, photo © Anders Sune Berg 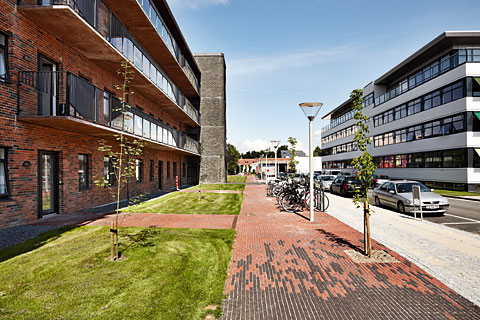 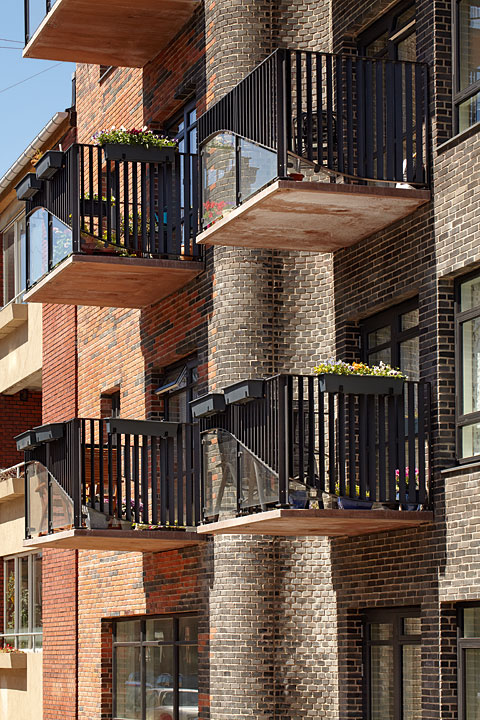