They examine a piece of furniture, dismantle it into individual components, assemble them 'anew' and in this way exaggerate the typical characteristics of the original piece. Sarah Kueng and Lovis Caputo take the copying of original pieces to the extreme: The duo creates objects that oscillate somewhere between readymade, design and art and at the same time pay homage to the original designers. In doing so, most of the Swiss designers' 'plagiarizing' comes across as sensitive yet ironic at the same time, as can be seen in their current interpretation of Dirk van der Kooij's chair "Endless".

The chair by the Dutch designer is representative of a new design process. He aims to create a flexible manufacture process, comparable to handcraftsmanship, while maintaining the efficiency afforded by industrial production technologies. In concrete terms, a robot transforms small pieces of plastic from recycled fridges into plastic strands. These strands are then masterfully molded into loops, layer upon layer, so creating a piece, which eventually forms a chair. Kueng and Caputo took the name "Endless" quite literally and replaced the plastic strips with a simple, seemingly-endless chord, which (when wound around wooden staffs attached to the wall) took on the form of the original piece.

"Endless", also in the form of "Copy by Kueng Caputo", was featured in an exhibition presented at the 9th DMY International Design Festival, which included more than fifty events spread across the city, to accompany the festival's main event in the former Berlin Tempelhof airport. Both designs superbly exemplify the central theme at this year's fair, which is now the largest design festival in Germany having begun as a smaller satellite event within "Designmai" and at that time had a stronger focus on emerging designers.

When, four years ago, Designmai was discontinued, the DMY started to grow into an independent platform, with the aim being to draw international attention to Berlin's scene and to encourage a greater degree of participation in the event program amongst the city's institutions, such as the Bauhaus Archive or the Chamber of Commerce. It is for this reason that the DMY positions itself as a festival and not a trade fair; so presenting less 'production-ready' designs. It is rather the ideas, processes and stories behind the projects that play a key role here; the aim being to communicate the cultural and creative value of everyday objects to an audience made up of professionals and the general public, and to do so far removed from an understanding of design in its decorative function.

As well as concentrating on process design and questions of authorship, this year the festival will also have a country focus. After the Netherlands in 2009 and Switzerland in 2010, Finland offered a glimpse at Helsinki as a global design capital in 2012, which similarly to the DMY, seeks to anchor design concepts in everyday life and to familiarize the public with them.

The symposium on "Copy/Culture" can be considered a highlight of the five-day event, which with participants such as the head curator of the Design Museum Holon, Galit Gaon, or the vice president of Philips Design, Paul Gardien certainly packed an international punch. Amongst other things, there were discussions on the introduction of a new culture of exchange in design processes and the merits of originality, innovation and authenticity.

Berlin is doubtless not the only place that is trying to gain more recognition for its design scene. While the large international furniture trade fairs such as imm cologne and the Salone Internazionale del Mobile remain hot dates on the design calendar, there is plenty of time in-between for these smaller design events: From Belgrade to Helsinki to London, there is plenty on offer, so forming a lively image of the global design scene. Indeed, each event tends to reflect its own local and national spirit. Even in the German capital, which likes to see itself as a laboratory of creativity. Whether this also applies to trade fairs, will become apparent in September, when the "Qubique" trade fair opens its doors for the first time.

So the question remains how we should ultimately rate the DMY? An event presented by Berlin as the UNESCO city of design (a title it has held since 2006) attracting a great deal of international attention? Or rather a platform for emerging German, and not forgetting, international design? One thing is for sure: as one of the few German design festivals, the DMY is a real credit to Berlin, its design landscape and international exchange. 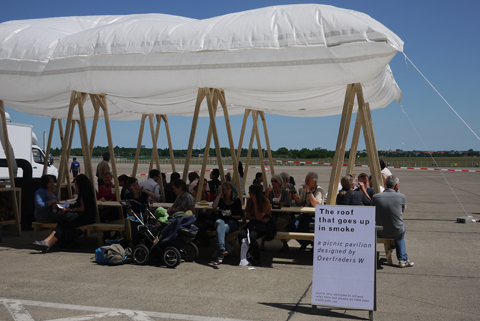 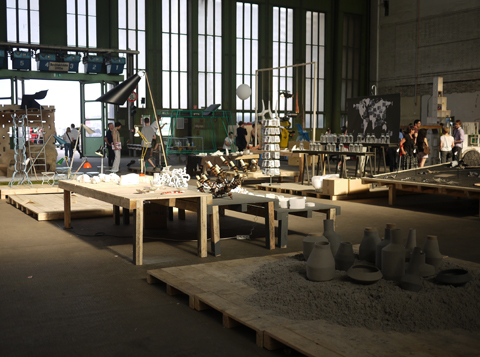 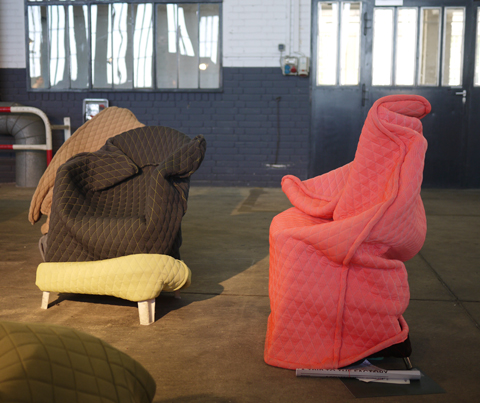 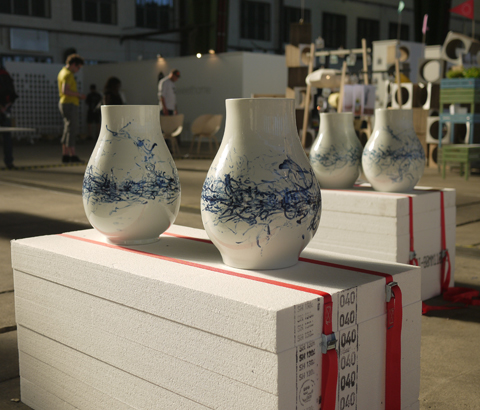 Made By Them by Camille Grandaty 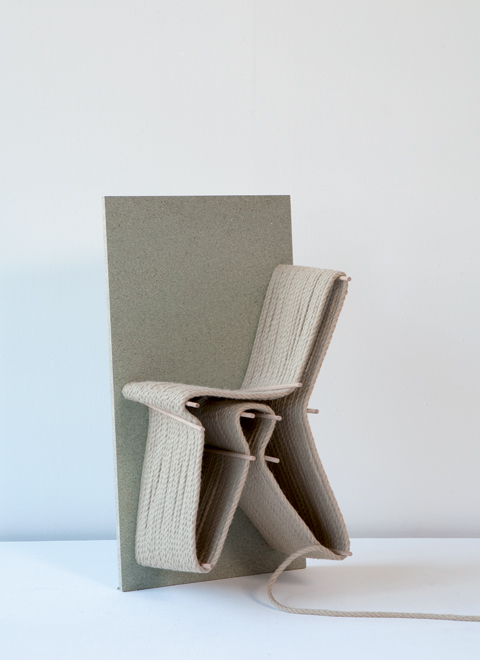 Copy of „Endless“ by Kueng Caputo 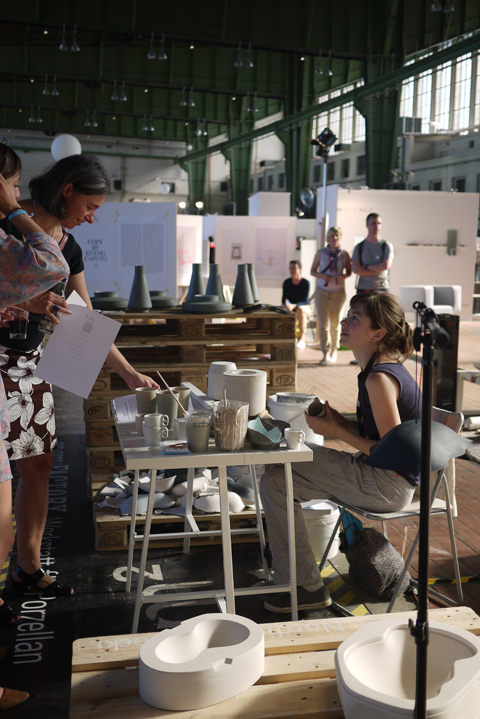 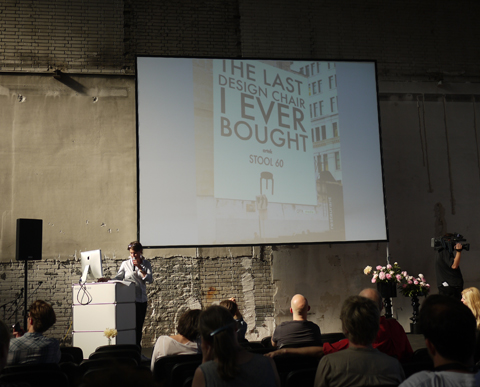 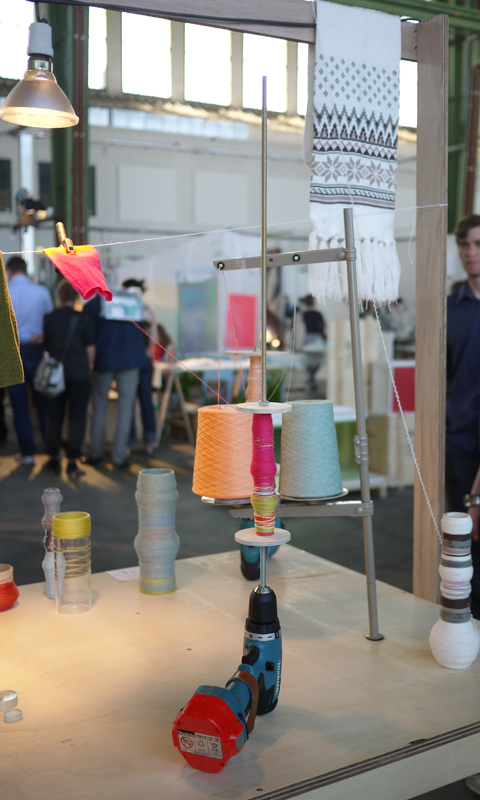 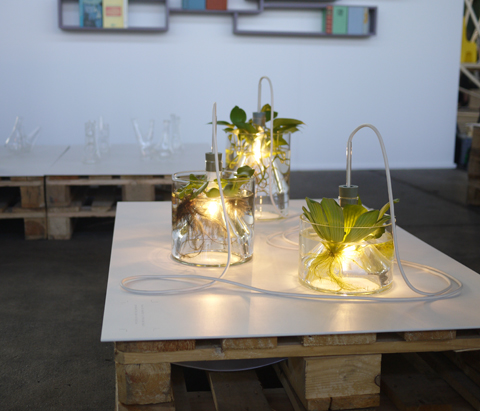 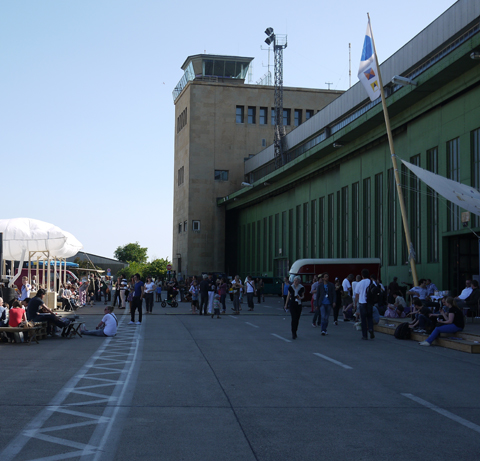 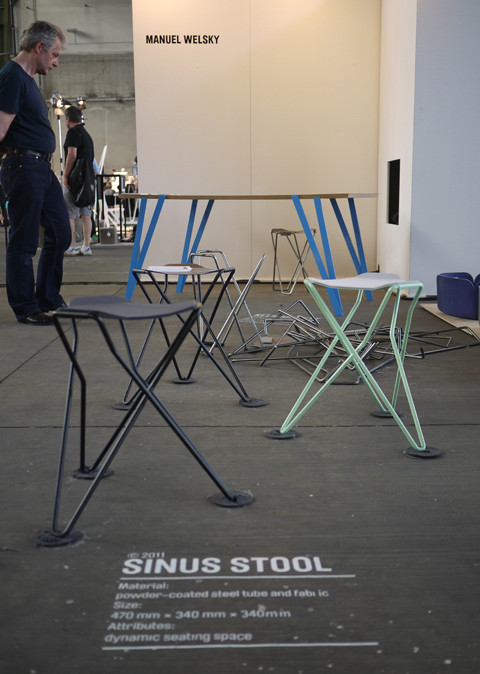 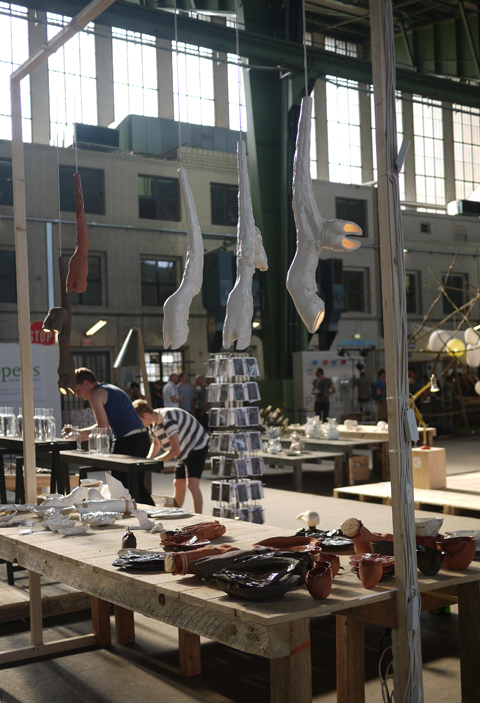 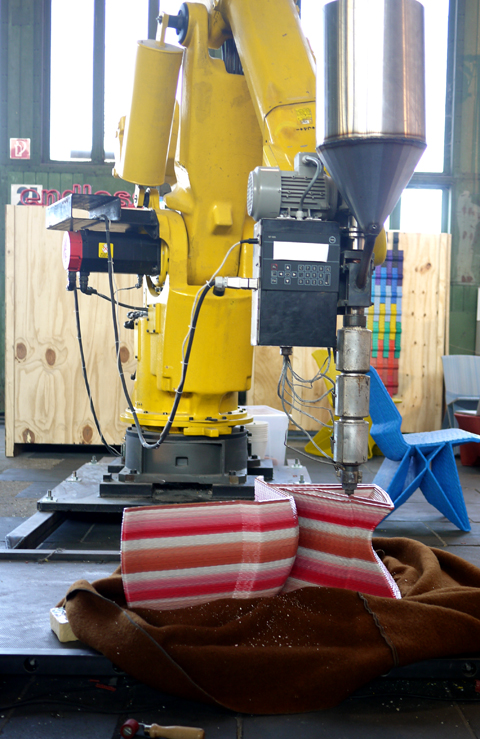 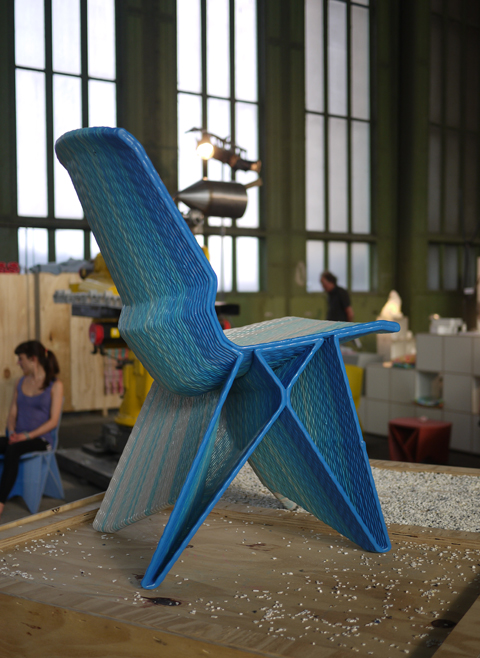 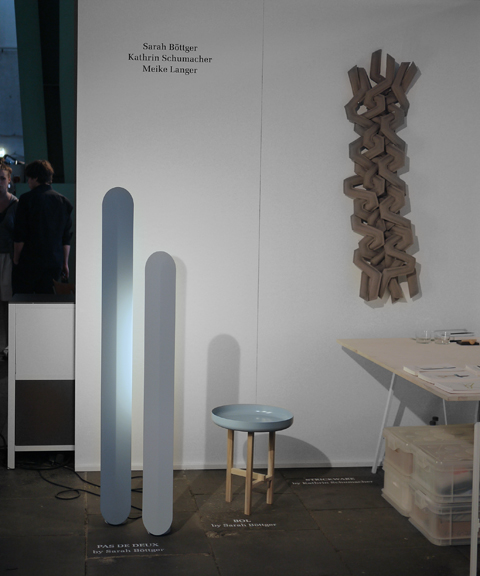 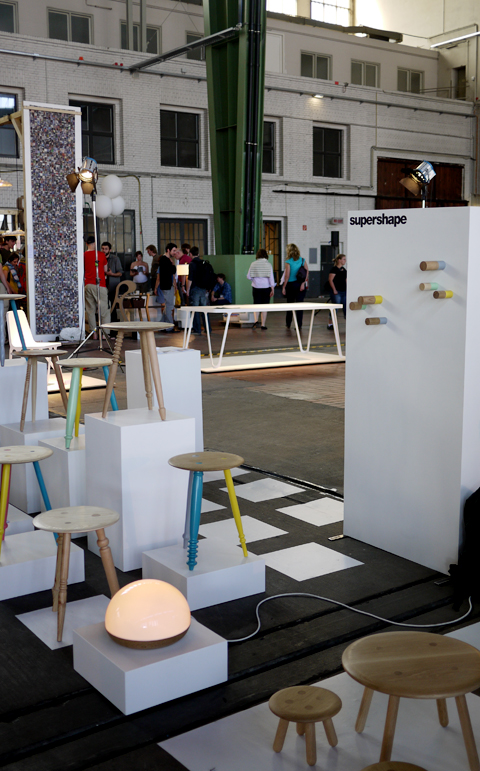 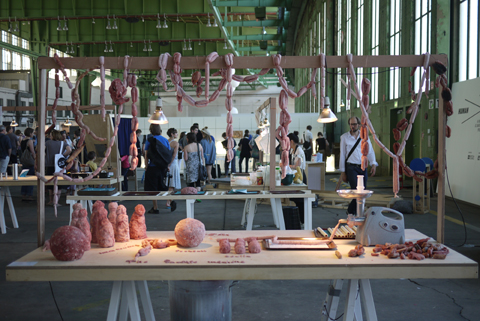 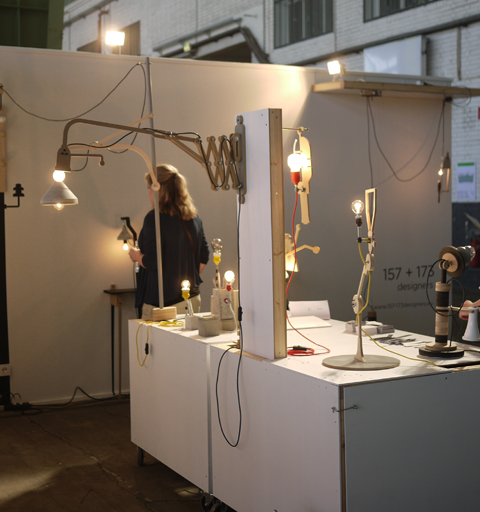 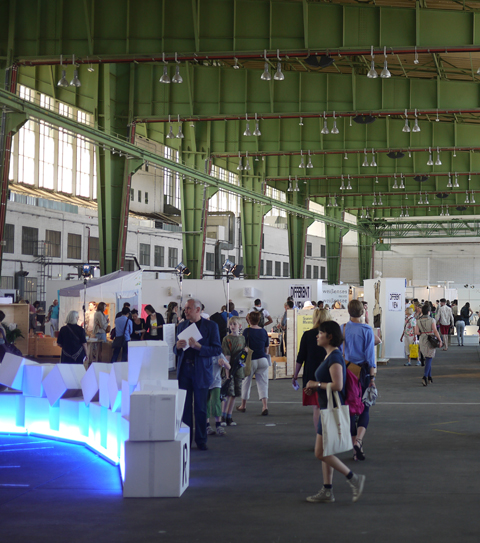