top
Our environment is designed, but our gardens are cultivated
by Thomas Wagner
May 8, 2013 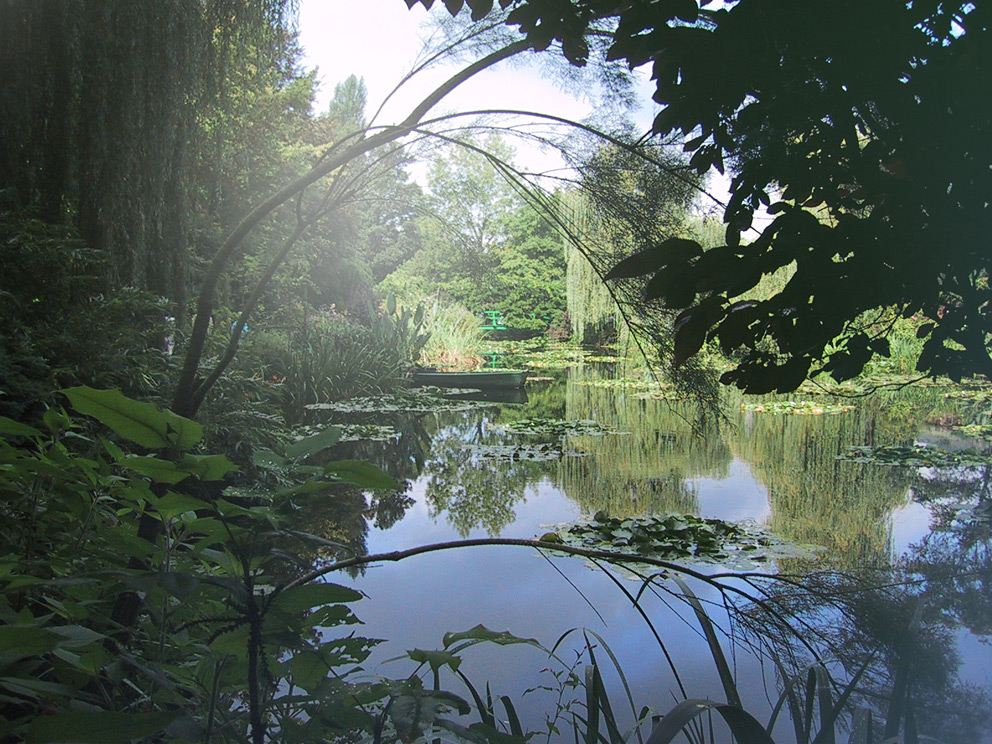 When the warm breeze starts to ruffle our hair and the buds start to open, some are filled with springtime joy while others are hit by a bout of lethargy. Luckily it doesn’t stay that way for long. But during those weeks, when our bodies reset themselves from winter to summer mode, we begin to clothe them in lighter fabrics and our joie de vivre begins to thaw in the rays of the sun, it is not only nature that explodes into full bloom. At this time, we tend to have one crazy idea or another sprouting in our heads too. Accordingly, artist group “realities:united” recently put forward a suggestion to transform the so-called “Kupfergraben” arm of the River Spree in Berlin, which runs around the city’s Museumsinsel, into a public swimming pool – complete with open stairways, changing rooms, a gravel filter and a mini biotope. At 700 meters in length it would be the largest open-air swimming pool in the world. But will it really come to that? We’ll just have to wait and see, but perhaps it won’t be long before we’re doing the breaststroke between the Zeughaus and Neues Museum.

However, it is not only in overfilled cities that both bodies and minds dream of freedom and adventure in the great outdoors. Be it architects who suddenly get the urge to sketch plans for Californian-style, open-plan bungalows inspired by springtime, to cover rooftops with greenery or to generate energy using algae, or New Yorkers and tourists who go and sit in the urban park on the former High Line in Chelsea, they’re all putting some thought into how we can shape our environment to be better, healthier, more pleasant and more natural. Of course, in cities that have a river running through them, sun-starved office workers can simply make their way down to the riverbank during their lunch breaks. And on Sundays families flock to nearby lakes, and if they live near the sea, join the crowds drawn by the beach and surf around the clock.

Unfortunately, not everyone is lucky enough to live in such a place. In which case, at least we have gardens and terraces (as small as they might be) to offer some kind of relief. Even the balcony, the smallest variant of one’s own open-air oasis in the midst of the urban jungle, is more than just an outdoor area thrown in with the bargain or somewhere to catch a bit of fresh air. For no matter where we experience those floral scents, sounds of rustling leaves, floods of natural light, that warm spring breeze and those sunrays, having a BBQ with friends or even simply shaking off the burdens of our earthly troubles, all of these places have more or less the same mythical origins: the Garden of Eden.

Be they far from the world of humans, such as Gilgamesh’s Garden of the Gods, the Greek Fortunate Isles, or Dante’s Garden of Eden at the summit of Mount Purgatory; or closer to our earthly dwellings such as Platonic Academy, Epicurus’ school “The Garden”, or Boccaccio’s villas in “The Decameron”; or even at the heart of the city such as Villa Borghese in Rome or the “Homeless Garden Project” in New York, gardens always form a world of their own. And man has been taking to such sanctuaries as a place of retreat since time immemorial. The garden takes on a role as a kind of “anti-site” or abutment, from which we are able to look at all of those things that are happening around us every single day in a different, more relaxed light.

Let’s take a look at a well-known example: In Voltaire’s famous 1759 satire “Candide: or, Optimism”, Candide, the illegitimate nephew of the German baron Thunder-ten-tronckh is banished from his castle after being caught in the act with the stunningly beautiful Princess Cunégonde. Having to leave the castle, where his mentor Pangloss had been trying to teach him Leibniz’ theory of “the best of all possible worlds,” is akin to being expelled from paradise. Henceforth, Candide’s optimism is continually put to the test. He sees and experiences a great deal of suffering and comes to recognize greed and malice as the driving forces behind human life. When he finally reencounters his beloved Cunégonde and his mentor Pangloss in Constantinople, he buys a plot of land where he then settles with his companions. Everyone does what they can to make the best of it. Whereby the wise Martin suggests: “Let us set to work and stop proving things, for that is the only way to make life bearable.” And when Pangloss once again begins to preach his unshakable notion of optimism, Candide replies – and this is the last sentence of the entire novel – “That is very well put, […] but we must cultivate our garden.”

“Il faut cultiver notre jardin” – this sentence by Voltaire has long since become a common adage. But it has nothing to do with a retreat into the private space. After all, this phrase is to be read against the backdrop of the wars, plagues and natural disasters evoked by the novel. According to Robert Harrison in his illuminating book “Gardens”, “The emphasis on cultivation is essential. It is because we are thrown into history, we have to cultivate our garden. In an immortal Eden there is no need to cultivate, since all is pregiven there spontaneously. Our human gardens may appear to us like little openings into paradise in the midst of the fallen world, yet the fact that we must create, maintain and care for them is the mark of their postlapsarian provenance. A garden severed from history would be superfluous.”

As far-flung and fantastical as these mythical horticultural worlds may seem, they say nothing about how their earthly counterparts should be arranged. Whereby, even the simplest of decorative touches to a balcony, a terrace or a little backyard have something of this grand and indeed serious task of cultivation about them. The concern that drives us to take on this task and the care that we exercise while doing it clearly reach far beyond the mundane act of designing neutral environments. For in contrast to our environment, which we hear so much about and which is in fact shaped by lawmakers and planners, our gardens will always be little pieces of earth where we do more than just dig around, mow the lawn or fill the balcony planters with pretty blossoms. This is also a place where we cultivate cultural, ethical and civil virtues. Dare anybody say that buying a garden chair is as easy as pie?