What do an actress's wardrobe, staged nude photos, a bedroom and some strange pieces of furniture and luminaires tell us about the relationship between art and design? The exhibition entitled "Entre deux actes - Loge de Comédienne" at Kunsthalle Baden-Baden aims to investigate this confusing field exclusively from an artistic perspective. It is a kind of "interlude", in which a dozen artists play in very different ways with the boundary between art and interior design, fashion, arts and crafts and furniture design, one which at the best of times is hard to define.

The exhibition's title is borrowed from a work by the interior decorator Janette Laverrière, who was born in 1909. The artist Nairy Baghramian has reconstructed and reinterpreted the former's "Loge de Comédienne", a wardrobe for an actress made in 1947. Really, however, this is no longer an interior as Laverrière once designed it, but rather an installation by Baghramian presented in a large skylight hall at the Kunsthalle and involving a wardrobe and numerous staged nude photographs by the Italian designer Carlo Mollino. It is complemented by works in the neighboring cabinet rooms, which - as the Kunsthalle's Director Karola Kraus explains in the catalog's foreword - "reflect the intensive debate in recent decades on the notions of art, design, applied art, and their use".

Admittedly the matter is not as simple as it sounds, especially as the notion of "design" is understood in a broader sense here to include interior design, interior decoration, arts and crafts, applied arts as well as furniture and industrial design. Primarily, the way the difference between art and design is understood proves to be rather simplistic and not up to date. The crude idea that art is non-commissioned design and that what emerges lacks any function turns out to be as ineradicable as that of design being nothing but art spoiled by a client and function. However, the fact that this view is based on a limited concept of both art and design, which emerged in the 18th century and took root in the 19th century, i.e. they are historical and anything but up to date, is often overlooked. Even the very term "applied art" alone suggests that art has a priority which, by engaging with a concrete context characterized by spatial, aesthetic, economic and distributive factors, deprives itself of its freedom. Such a concept of art, however, became invalid at the latest with Duchamp's ready-mades, and Michelangelo would have found it strange indeed that his Sistine Chapel should be referred to as design merely because it was a commissioned work.

As such the exhibition makes no significant contribution to providing a better overview of the vast field in which both artists and designers operate nowadays. Instead it demonstrates the subtle way in which artists experiment with clichés of everyday life, with interiors and furniture, or use elements from the fields of fashion and home living to symbolically explain our relationship with things or reflect on their own actions.

It follows that Richard Artschwager's 1962 "Handle", for example, a wooden handrail closed to form a frame that hangs from the wall like an object, has nothing to with handrail design, but rather makes use of a banister's purpose of offering a secure hold to make us think about the frame(work) - the frame(work) of art itself as well as the one used in art. Peter Fischli & David Weiss transform a piece of wall, a candle, a stool and a cupboard into peculiar fossils of a world of objects that has met its end but is still present in our memories, and Martin Kippenberger makes the street lamp, as a piece of urban furniture, a companion of his ironically oscillating world view. Meuser balances his sculptures on the borderline between picture and furniture, Marc Camille Chaimowicz constructs a space as a tribute to Cocteau, Cosima von Bonin a mysterious bedchamber and Franz West five tables which function like prostheses of artistic production.

The most impressive work, however, is one by Claes Oldenburg, even if with the best will in the world we cannot see what it has to do with design. His "Ghost Wardrobe (for M.M.)" is a subtle, sadly beautiful homage to Marilyn Monroe which plays with the motif of the costume that was hung up for good. Oldenburg originally created it for the "Homage to Marilyn Monroe" exhibition at the Sidney Janis Gallery in New York in 1967, where more than 30 artists, including Andy Warhol, Richard Hamilton and Robert Rauschenberg, paid their respects to the movie diva who had died five years earlier. Claes Oldenburg hung three of Monroe's famous dresses on a clothes stand made of ordinary water pipes: the long, see-through dress that enveloped her body when she sung Happy Birthday to John F. Kennedy, the knee-length one from Billy Wilder's "The Seven Year Itch", whose petticoat blew up in the air blast from a subway vent, and the swimsuit she wore in her last and unfinished movie "Something's got to give". All of them exist only as silhouettes, skeletons. They hang lifelessly from thin wire hangers above a pair of high heeled shoes made of sheet metal with heels consisting of long nails, the painful stakes in the flesh of fame.

Finally, there is also Tobias Rehberger, who has produced a "franchise version" of his Biennial work (News&Stories from July 28, 2009) - which was awarded the Golden Lion - in the café at the Kunsthalle. In Baden-Baden it seems even more precise and confusing than in Venice.

A lot of art but no design. As long as contemporary art fails to clarify its relationship with industrialization and mass production more thoroughly than it has previously and, vice versa, design fails to clarify its manifold relationships with art, it seems there will be confusion rather than clarity in the intermediate area in which the two meet. One thing is for certain: there is still a need for clarification. And those who do not get to Venice often now have an opportunity to visit a version of Tobias Rehberger's razzle-dazzle Café in Baden-Baden - for it is has now been confirmed that the installation will remain there permanently following the end of the exhibition. Its title "Was du liebst, bringt dich auch zum Weinen" ("The things you love also make you cry") not only holds true for the exhibition but, for the time being, also for the relationship between art and design. 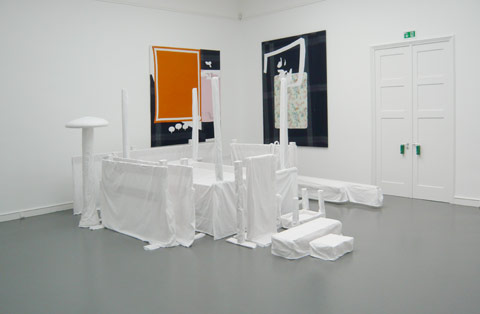 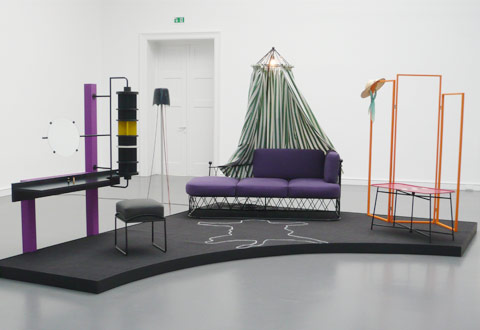 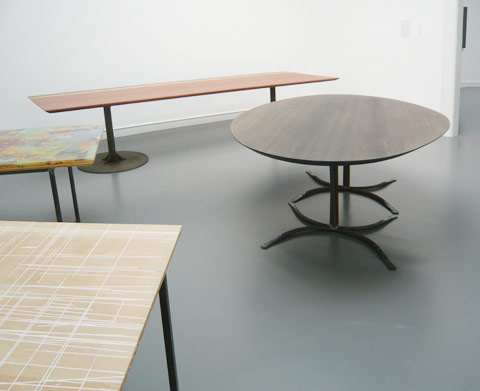 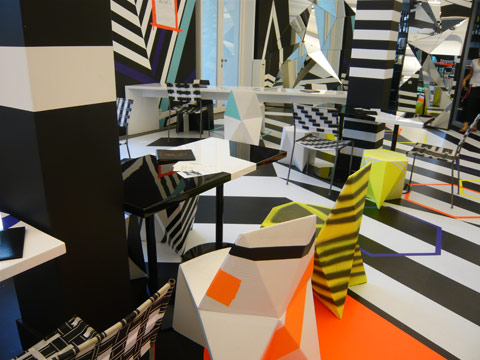 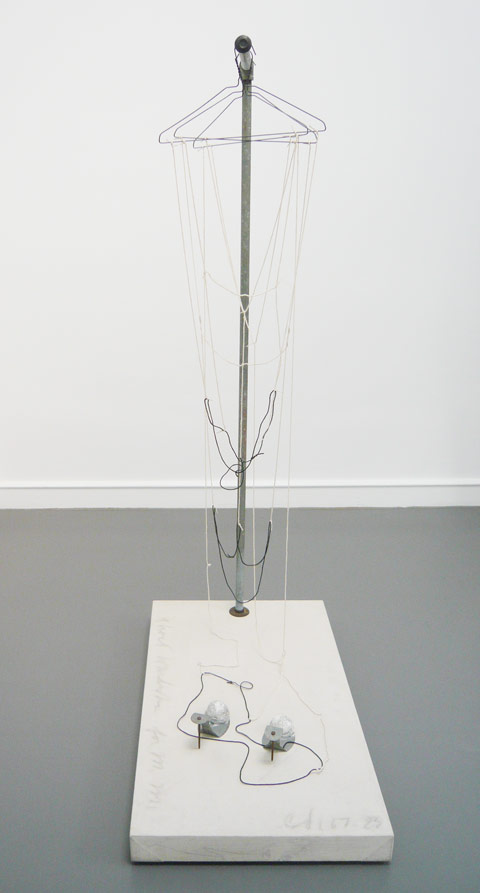 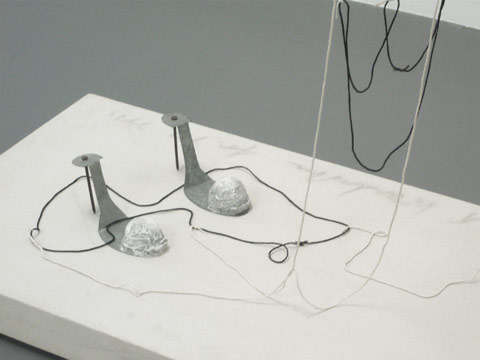 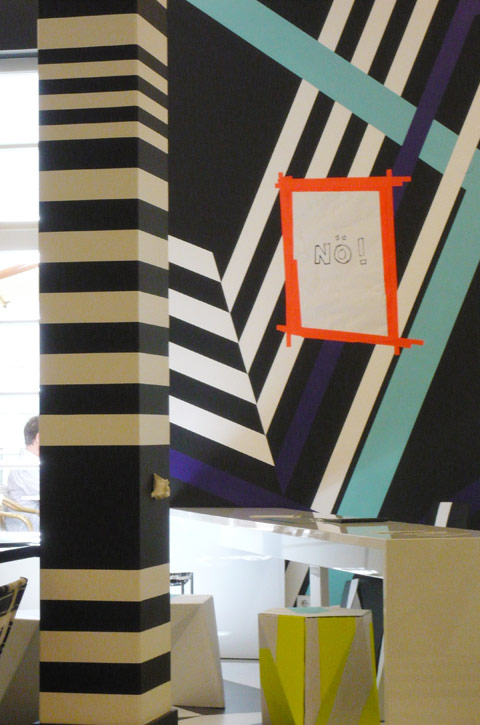 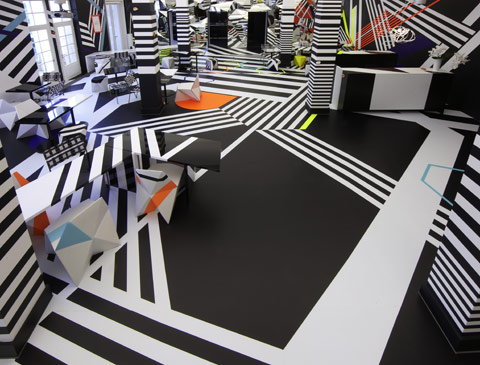 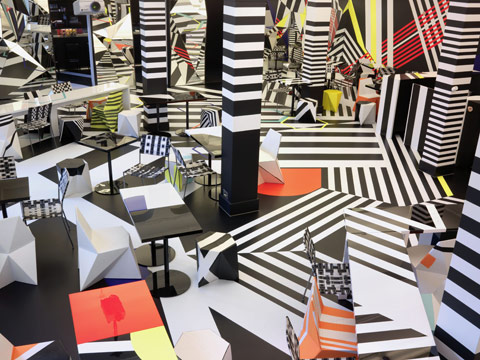 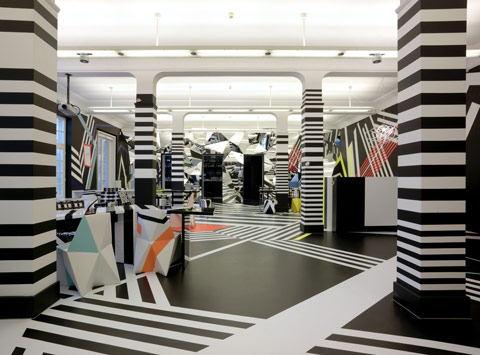