Three gentlemen with a suitcase each, in front of a white background. On closer inspection, we can recognize Charles Eames, George Nelson and Alexander Girard. The photograph "Travelling Men" stems from the 1950s and was an advertisement used by furniture manufacturer Herman Miller at the time. In addition to furniture designers Charles and Ray Eames, George Nelson, the company's creative director, also brought prints designer Alexander Girard to Herman Miller. They not only worked together, but were also close friends. Even if the designers are known too rather different degrees today, the four of them not only influenced American post-war design as individuals, but inspired and complemented each other in numerous ways. Alexander Girard is by far the least known of them - even more reason to take a closer look at him and his designs.

Alexander Girard was born in New York City in 1907. His mother was American and his father of Franco-Italian descent. Girard grew up in Florence and studied architecture in Rome, London, Florence and New York. From 1951 to 1973, he was head of the textile department of US furniture-makers Herman Miller. He handled the interior design of several restaurants, of which particularly "La Fonda del Sol" in New York became legendary. He developed the entire corporate design for "Braniff Airlines", and he collaborated with Eero Saarinen on several projects such as, for example, the interior of the Irwine Miller House in Columbus, Indiana. He lavishly furnished and decorated his own homes in Grosse Pointe, Michigan and Santa Fe, New Mexico - they can be considered an exemplary reflection of his view of design. During extensive journeys he made throughout his life, he collected folk art, in particular, dolls and textiles. He used his collection for exhibitions such as "Textiles and Ornamental Arts of India", for decoration in interior designs (e.g., for showrooms by Herman Miller) and as a source of inspiration for his own designs.

Although Alexander Girard's design repertoire ranged from graphic and product to interior design, he is mostly known for his print designs. One need think only of the "Eden" design: A snake, decorated with a dotted pattern, slithers through a garden with large flowers and magnificent fruits. In-between, there are some birds walking around. Girard evoked a heavenly garden with this fabric design. For decades, it decorated countless curtains, carpets, bedcovers and trays in different colors. "Eden" shows that Girard loved bright colors and expressive shapes - unlike many of his fellow designers, he apparently did not reject or fear to deal with these aspects of creative activity. For his hundreds of textile designs, he used a wide range of color combinations, recurring patterns and large-surface motifs. In so doing, he always preferred nuanced colors and developed the shapes in great detail. Many designs were manufactured in different versions with respect to color compositions and the fabric quality.

Of course, a designer cannot achieve much if he or she does not find the right manufacturer for his or her designs. It was therefore a fortunate circumstance that, in his capacity as the Creative Director at Hermann Miller, George Nelson came to the conclusion that there were no fashionable furniture textiles, curtain fabrics or wallpapers on the market at the time. With a view to presenting Hermann Miller's furniture (which was made out of plywood, plastic and aluminum) in a better or brighter way, the company's management decided that Hermann Miller should develop its own prints collections. The Creative Director George Nelson commissioned Alexander Girard to do the job, which led to the collaboration - over a period of more than 20 years.

The fabrics in the first collection were monochrome or featured patterns based on simple geometrical shapes such as lines, circles and triangles. But soon, the patterns (e.g., in the case of "Eden") became more complex. "April" reminds us of a field of flowers in spring, "Superstripe" of overlapping potato prints and "Names" of letters of a children's fantasy language. In order to introduce decorative elements into the office, Girard designed a series of "environment enrichment panels" which were, for example, decorated with large-scale hearts, cloverleaves and suns.

Alexander Girard's oeuvre is slowly being rediscovered as the ornament has been experiencing a revival in the creative spectrum of designers in recent years. The largest retrospective to date, "Alexander Girard: Postwar to Postmodern", was held by the San Francisco Museum of Modern Art (SFMoMA) a few years ago. Mateo Kries, the new Director at Vitra Design Museums, recently spoke of a possible exhibition on Alexander Girard; after all, a great part of Girard's estate is housed in Weil / Rhine. This would definitely be desirable for not only would an exhibition on Girard shed light on the versatile oeuvre of a designer, whose life includes the themes of decoration and interculturality that have long become topical again. It would also illuminate aspects of the American mid-century Modernism that have so far tended to be sidelined. 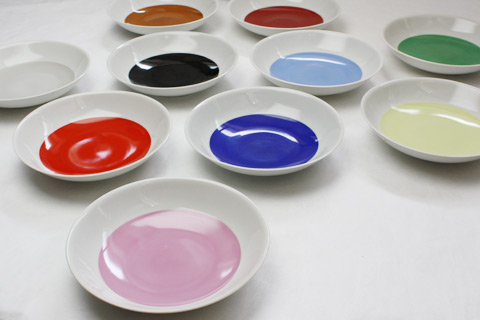 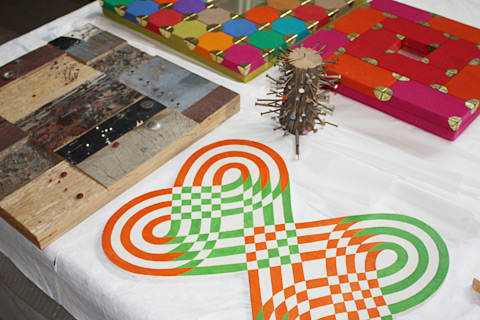 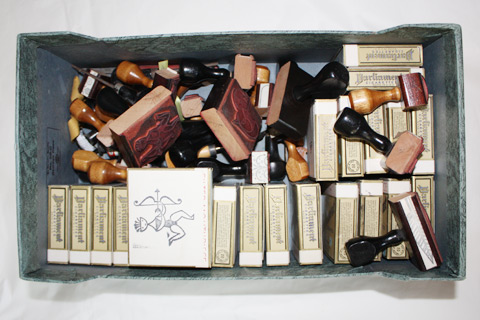 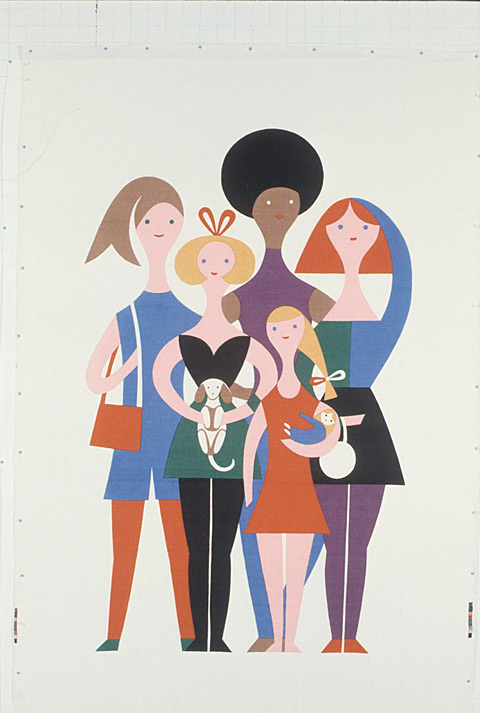 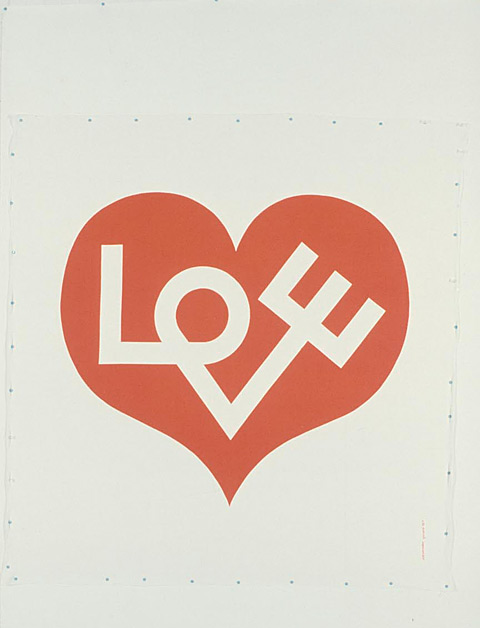 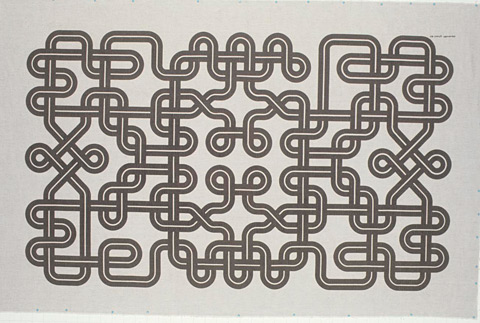 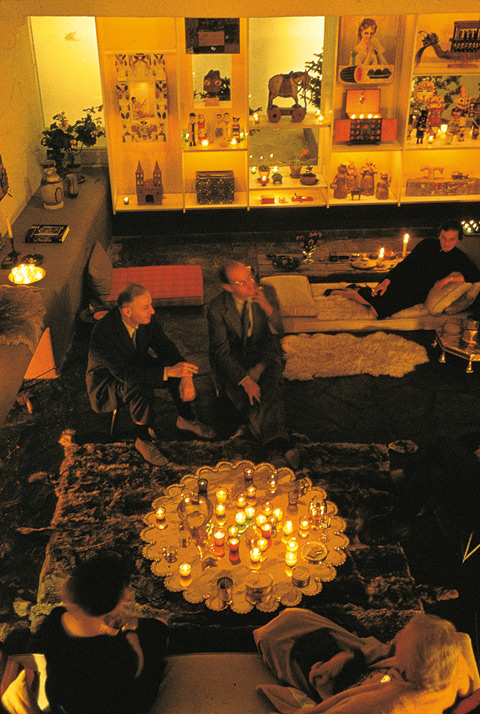 Soiree in the house of the Girard family in Santa Fe, source: Vitra Design Museum 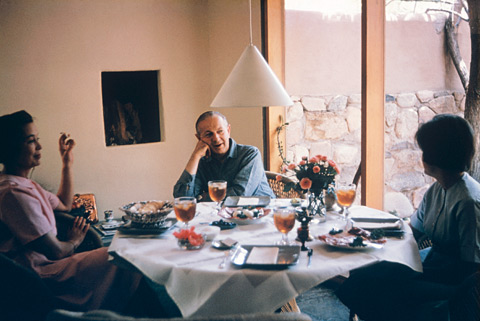 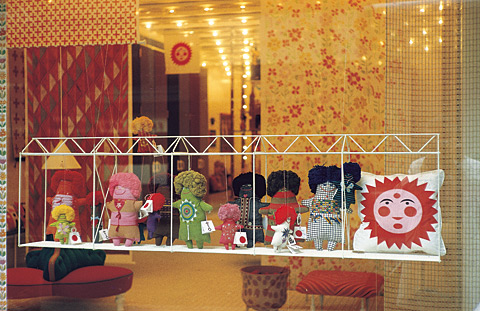 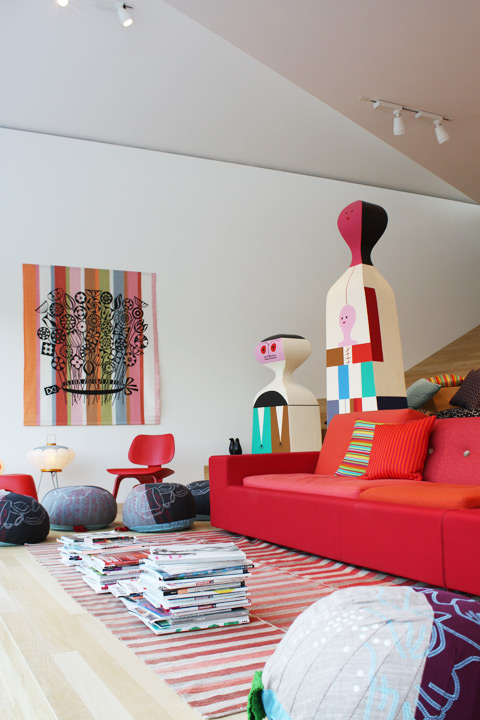 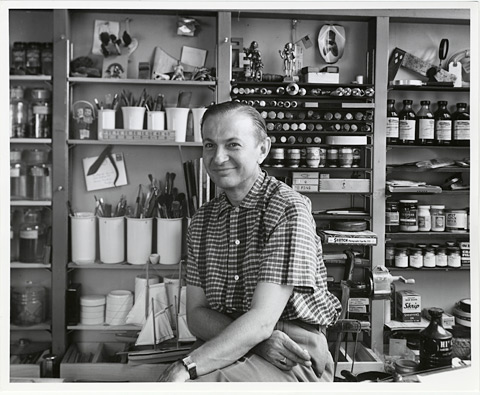 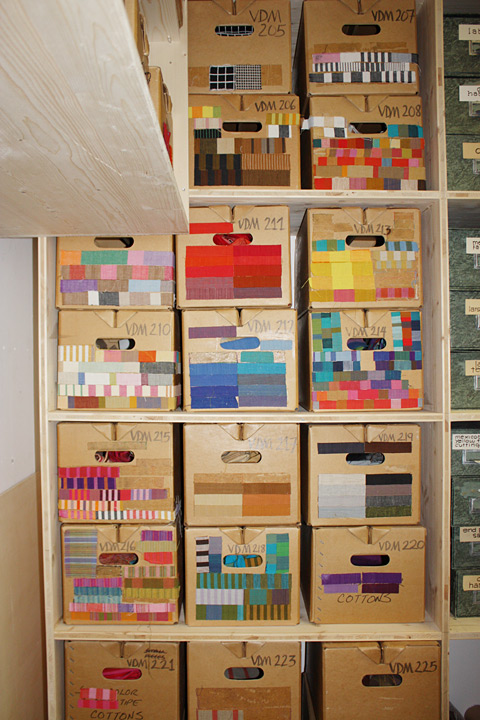 Archive with textiles from all over the world, photo: Nina Reetzke, Stylepark 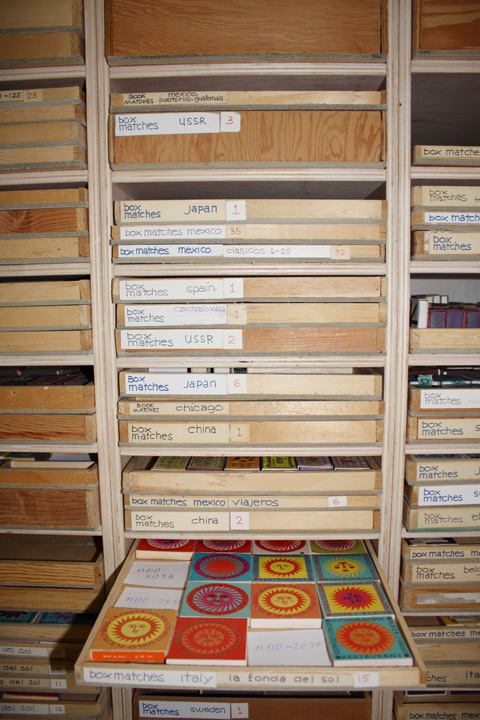 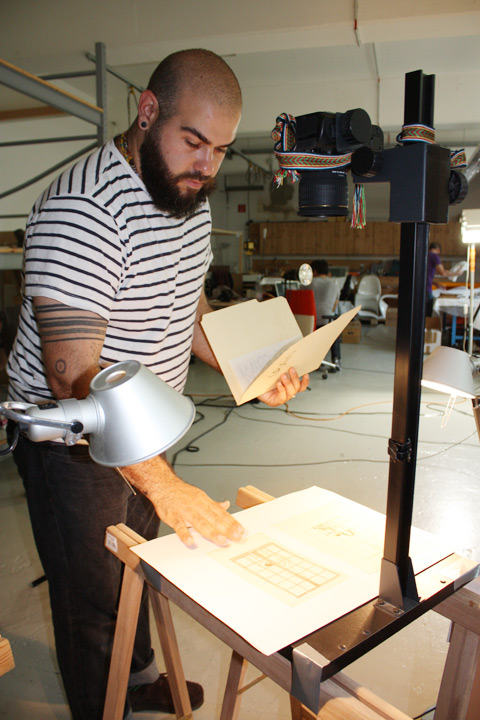 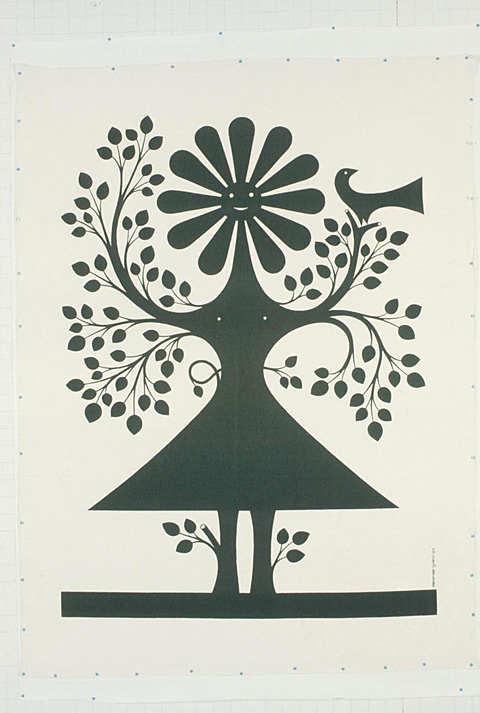 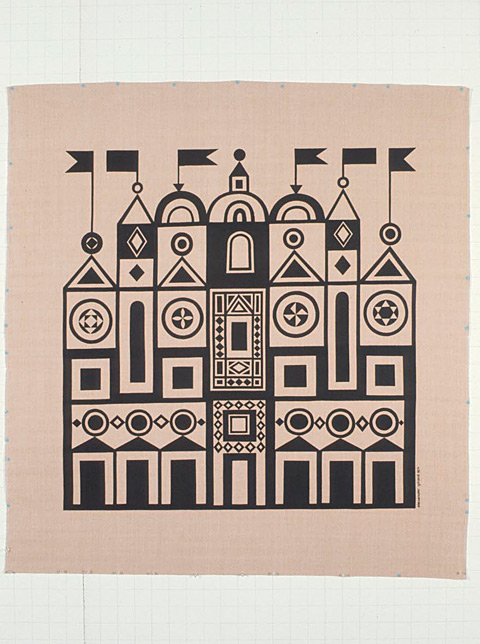 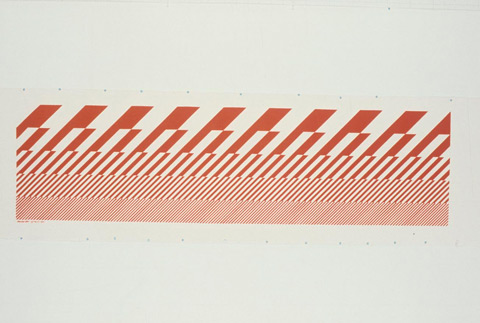 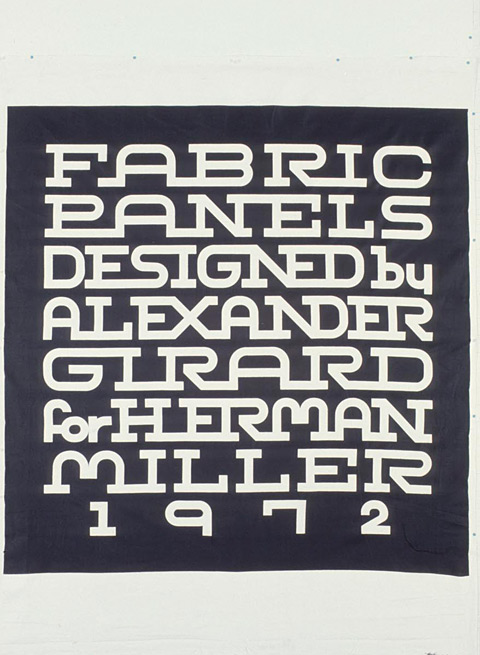 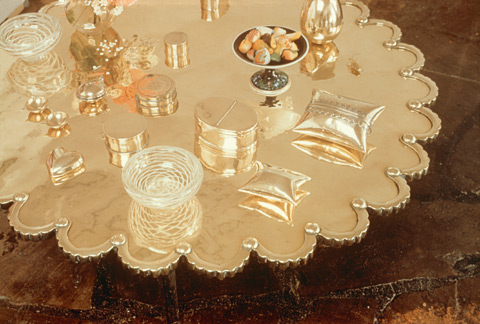 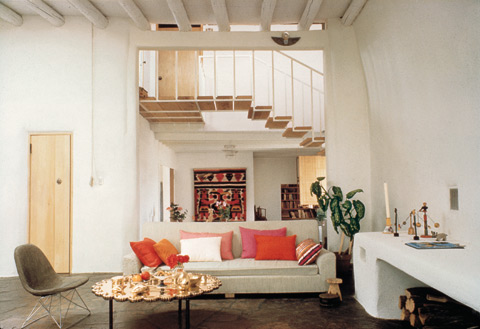 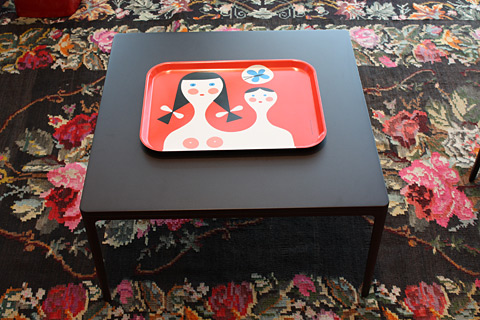 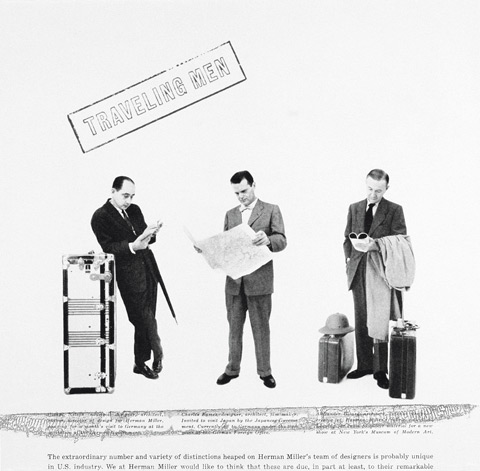 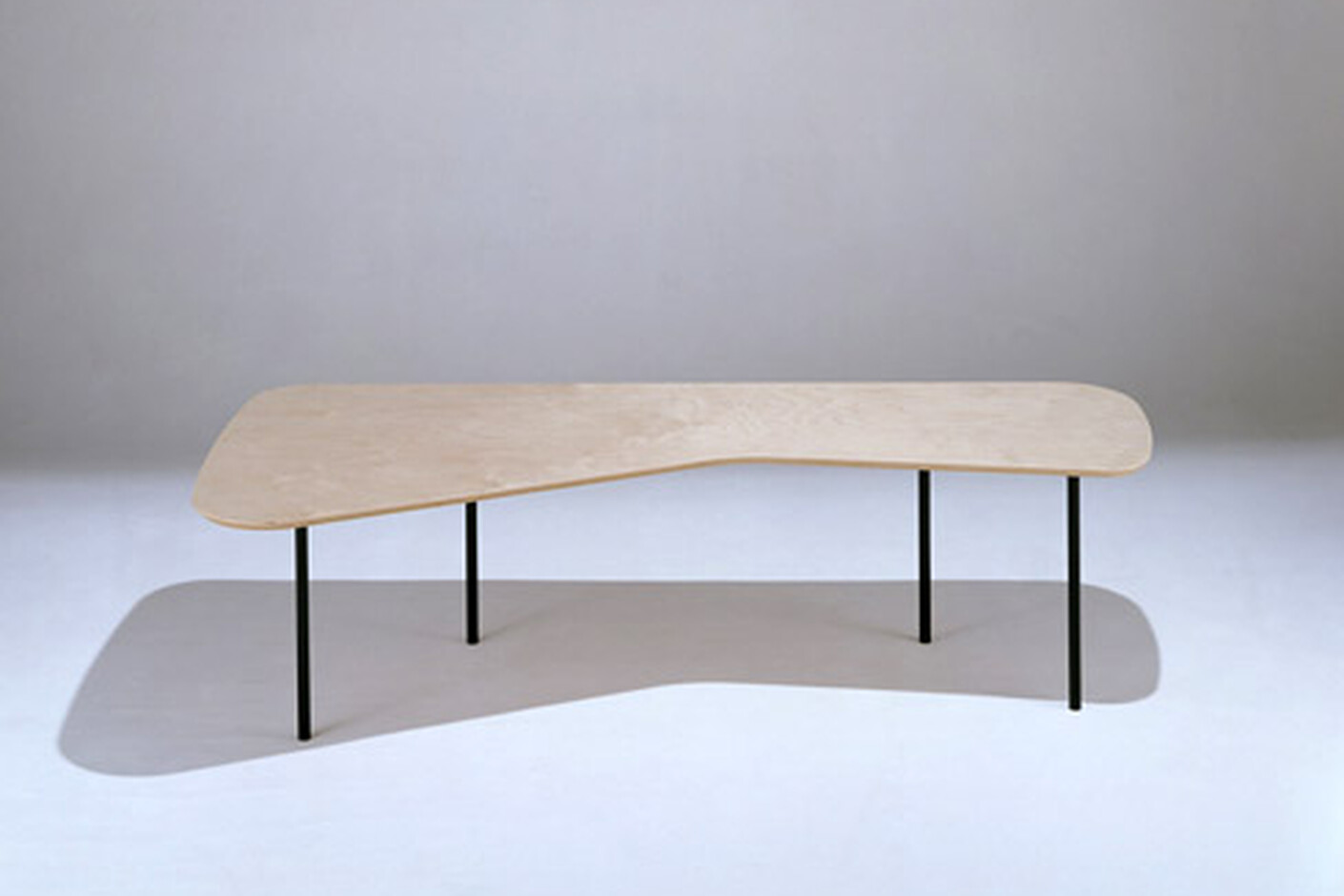