Parametric architecture is, so he claims, the logical consequence of social processes of modernization. Yet architects and politicians shy away from drawing the necessary conclusions from this. The theories of Patrik Schumacher, Director of Zaha Hadid Architects, are controversial. Here we put them up for discussion on the basis of a lecture he originally gave in Munich.
by Patrik Schumacher | 5/18/2017

The premise of any society: There is no human community without an artificially designed environment. It is the built environment – together with designed artefacts – that provides cultural evolution with the cross-generational, material substrate it needs and by means of which advantageous social order can persist and accumulate, and in this respect is comparable to the DNA of biological evolution. Human settlements form and accumulate ever larger and more differentiated spatio-material structures, as the skeleton for social structures, as it were, that without this substrate would not have managed to attain such a scale, which is indeed unnatural for primates. Moreover, the level of cooperation so important for the human productive abilities would not otherwise have emerged, been replicated and advanced.

What applies to the beginning of cultural evolution and consequently to human evolution per se still applies today in relation to the developmental tasks currently facing us. For architecture is not only an expression of human progress, but one of its a key factors. Its fundamental original achievement is not the oft-invoked protection from the elements, but principally a structure-forming achievement, the achievement of order.

The built environment organizes social processes of interaction and plays a role in the establishment and stabilization of social order. It also involves ownership, spatial exclusion and demarcation by means of physical barriers with corresponding rights of access. Yet above all it involves the spatial distribution and functional configuration of types of interaction or communicative situations by means of semiological codes, whereby relative spatial positioning is also a means of coding. The built environment structures social situations and provides orientation for the participants of the social processes thus organized, who then find their place of their own accord. It communicates the social structure. While the social structure as a whole can hardly be made visible any longer, each of the local social structures, offerings and options for communication are still evident – in short, spaces communicate who can take part in which cooperations where and how.

Urban spaces, both interior and exterior, are always designed spaces and also always function as a form of communication: They inform users about the types of interaction and the types of participants they can expect to find there and thus provide an initial, framing definition of the situations to be expected. Communication can hardly take place without a preceding definition of the situation.

Moreover, the furniture frames and configures the communicative processes of interaction also in interplay with other equipment and fittings.
The adaptive-innovative advancement of this necessary structuring, framing and configuring of all communication, is the real social function of architecture and of all design disciplines, including fashion design, Web design and graphic design.

Together with the other design disciplines – including urban design but not regional or urban planning – architecture forms a unified discourse, a function system in the sense of sociologist Niklas Luhmann (cf. Niklas Luhmann, “The Society of Society”), with exclusive universal competence in terms of the physiognomy of the total built environment and the world of artefacts. The production of everything that surrounds us in phenomenological terms in daily life and serves us as a communication interface must go through the needle’s eye of our discourse.

The Bauhaus showed just how powerfully the discipline can transform the world from one point. All communication, without exception (including telecommunications and text-based communication, viz. Web design and graphic design) depends on our ordering efforts, and incidentally also on the ordering accomplishments of the other function systems (economy, politics, legal system, science).

Fashion design, for example, provides us with options for identification, differentiated according to situation. This graphic, as it were, “visual language” of social designators is, just like the built environment, a universal phenomenon of human life and as such arguably likewise a functionally necessary aspect of human evolution. Graphic designators (ornamentation in the broadest sense) are also almost without exception a universal phenomenon of all built environments and artefacts, in the past and present. For the most part the purely physical and practical (i.e., engineered) differentiation of structural morphology (without additional markings) is not sufficient to communicate all the situations requiring social differentiation.

This communicative achievement of built environment and artefacts becomes more difficult with increasing complexity and increasing degrees of freedom among all parties involved in urban development process. Consequently, it becomes a non-trivial challenge that in my view should be an explicit design objective of architects – as well as designers in all other design disciplines. All design is also always communication design, from now on hopefully explicit and in this regard willing to face discursive criticism.

Since the Renaissance architecture as a discipline has established itself as a profession based on theory and critical discourse vis-à-vis the traditional manual building trade. Everything that came before was strongly traditional construction. This big bang of the specialized function system architecture, which like all modern function systems is oriented on innovation, ushered in a greatly increased historical pace of transformative urban development and in connection with other function systems such as the economy, the political system, science and the legal system, which all became differentiated at the same time, contributed to the correspondingly increased historical pace of development of society as a whole.

Owing to the socioeconomic structural changes since 1980 with their key characteristics such as mass customization, flexible specialization, lifestyle differentiation, fast cycles of product and service innovation, the ‘Hollywood principle of organization,’ focus on R&D, self-directedness of work, life-long learning and many more, our society has in the meantime moved far away from the fordist industrial society.

In urban development, the suburbanization of past periods was inverted. The suburban industrial society found its appropriate expression in architectural Modernism. In the decades since 1980 we have seen a new urban concentration that now for the first time takes into account the communicative intensification of the labor process and the societal process per se through the focus on research, marketing and financing. Post-fordism means economic dynamization and urban concentration that can be neither organized using the principles of modern urban planning (separation, specialization, repetition) nor adequately articulated by the monotonous means of modern architecture.

Parametricism developed its methods and adaptively deployed formal diversity in the context of these new conditions and, unlike Modernism and the outdated retro-styles, is thus ready to tackle the related challenges. Urban development can blossom under the banner of parametricism, evolve a new organic identity, and escape the visual chaos of recent decades that has derived from an obsolete architecture with inadequate communicative capacities. Here, the complexity of the development process exceeds the competence and capacity of statist central control. To this extent, the so-called neoliberal revolution was an adjustment to the potential the post-fordist economy and unleashed the productive powers that are only ever available in a market framework. Urban planning has transformed itself accordingly, but in my opinion not radically enough, which is why it has become a brake, like the weak reformist policies.

As an active architect and advocate of Parametricism I cannot leave the analysis there, but need also to position myself politically. The basic technologically-driven socio-economic developmental vector of post-fordism, which I describe positively under the notion of post-fordist network society, tends to be rated favorably and be accepted, even if not all of the detailed effects of it are. However, its congeniality with neoliberalism tend usually (and increasingly since 2008) to be judged negatively and there is an attempt by political counter-movements to repel it. I must also position myself politically, not least because my discipline (at any rate in its explicit discursive utterances) has been politicized and almost wholeheartedly turned against neoliberalism. My position thus runs contrary to the majority in my discipline, as well as contrary to the majority in society per se, and is libertarian.

As a result, my trailblazing program of future-oriented architecture and action rests on three aspects:

1.) The general spread of Parametricism as the 21st-century epoch-making architectural style and thus as architecture’s definitive contribution to the development of the post-Fordist network society.

2.) The program of a new architectural semiology explicitly based on the communicative capacity of the built environment, one that does communicative justice to the complexity and dynamism of post-Fordist social structures and interaction processes.

3.) The program of a market-based urban order in which development entrepreneurs can explore the market to identify synergies for creating urban networks (which is why we push our way into cities in the first place) as far as possible without restrictive planning regulations and geared to profit and loss considerations that signal efficiency. Only in this way can we generate a resource-optimizing space utilization (the above-mentioned sorting of interactive types and participants in interaction), without being controlled and misdirected by a forever obsolete and crude bureaucratic central plan.

Architects would then, with these parametric-semiological methods, be called upon to spatialize and articulate this allocative order of our client’s participation offerings, i.e. architects would facilitate make these synergetic clusters of communication situations by making them legible, by configuring them and communicating them phenomenologically (i.e. vividly) and semiologically (i.e. by means of a morphological-graphic coding) such that orientation, navigation and participation can function at a new level of complexity. Architects would thus contribute fruitfully to the progression of productivity and the general quality of life. 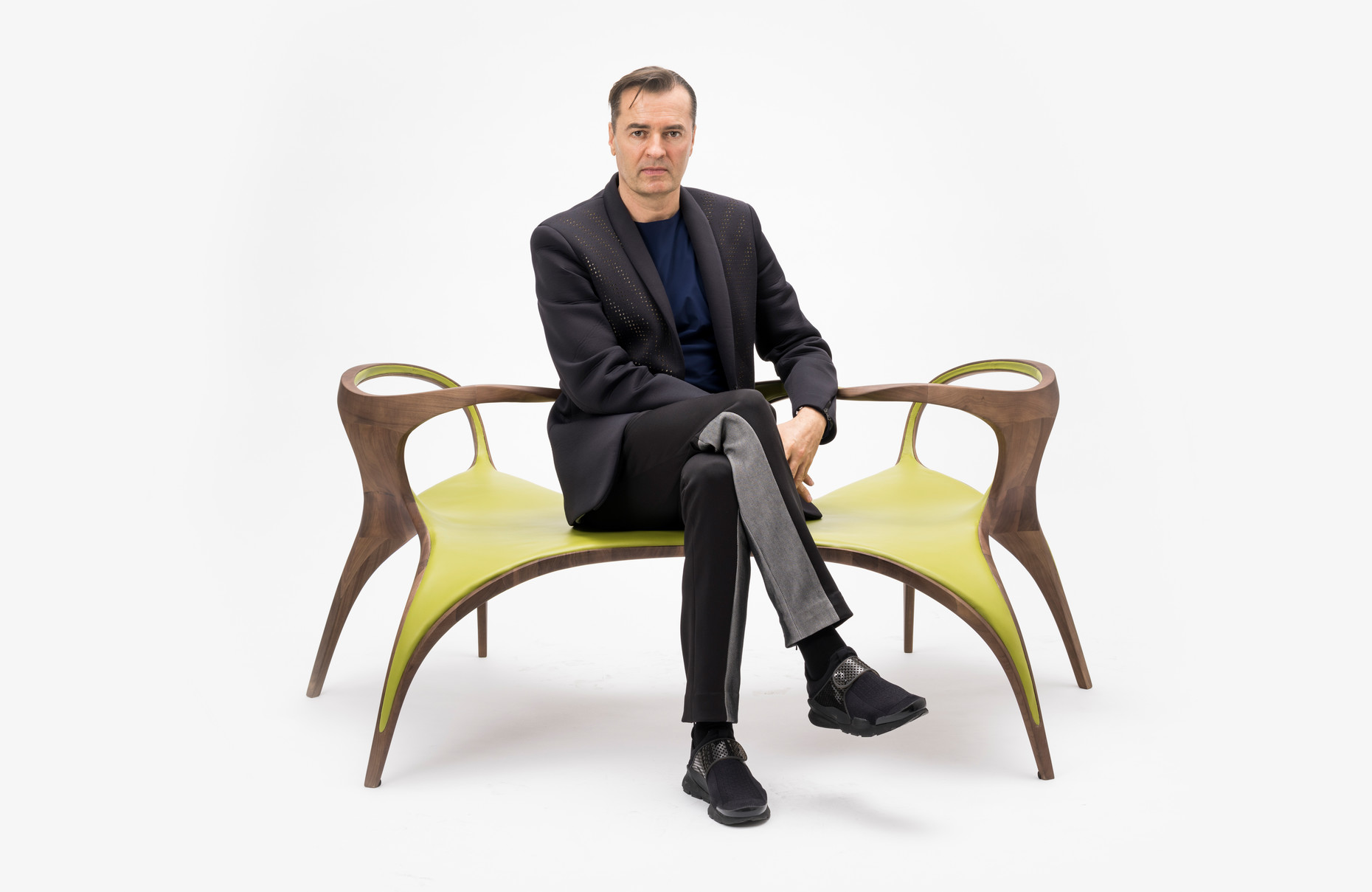 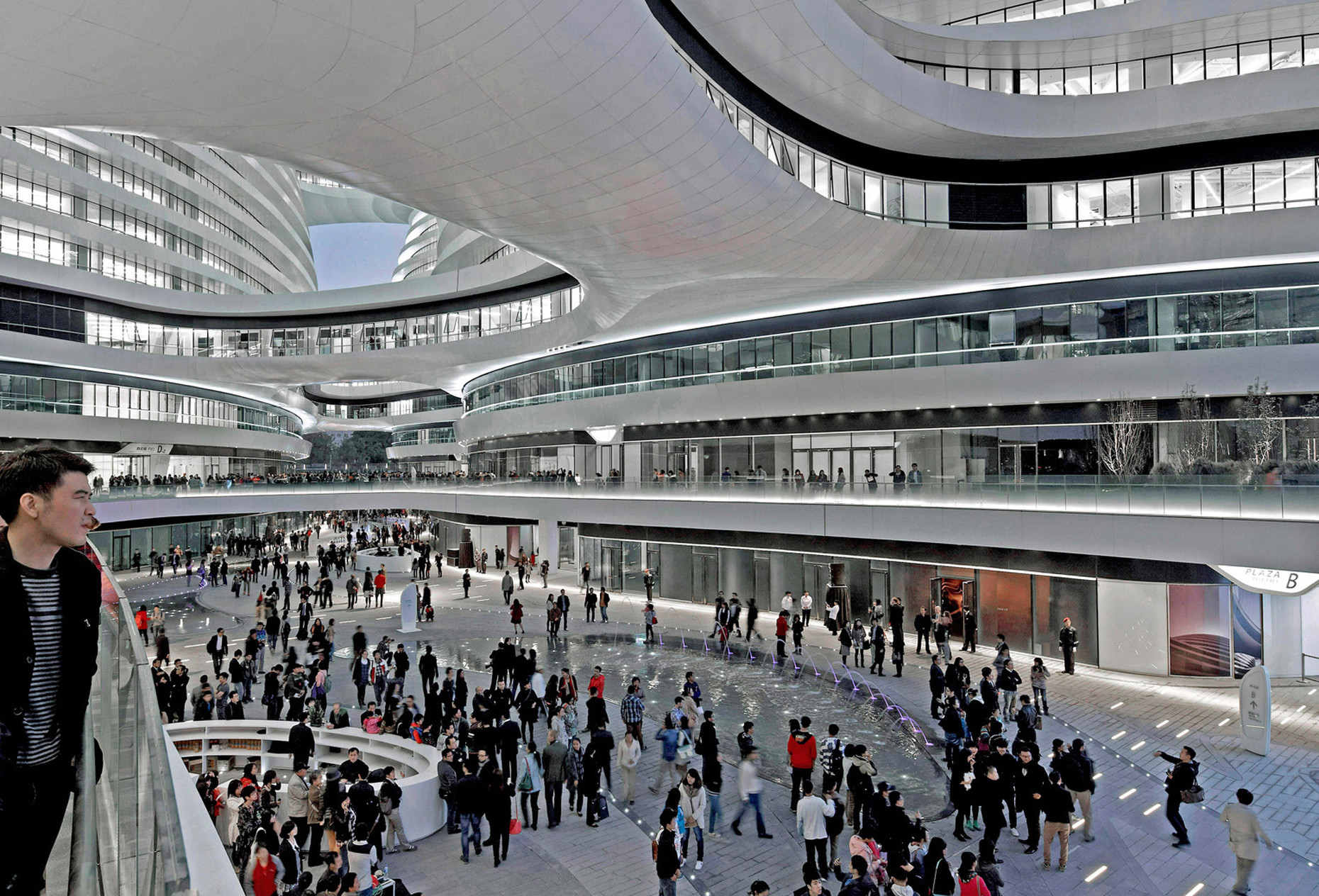 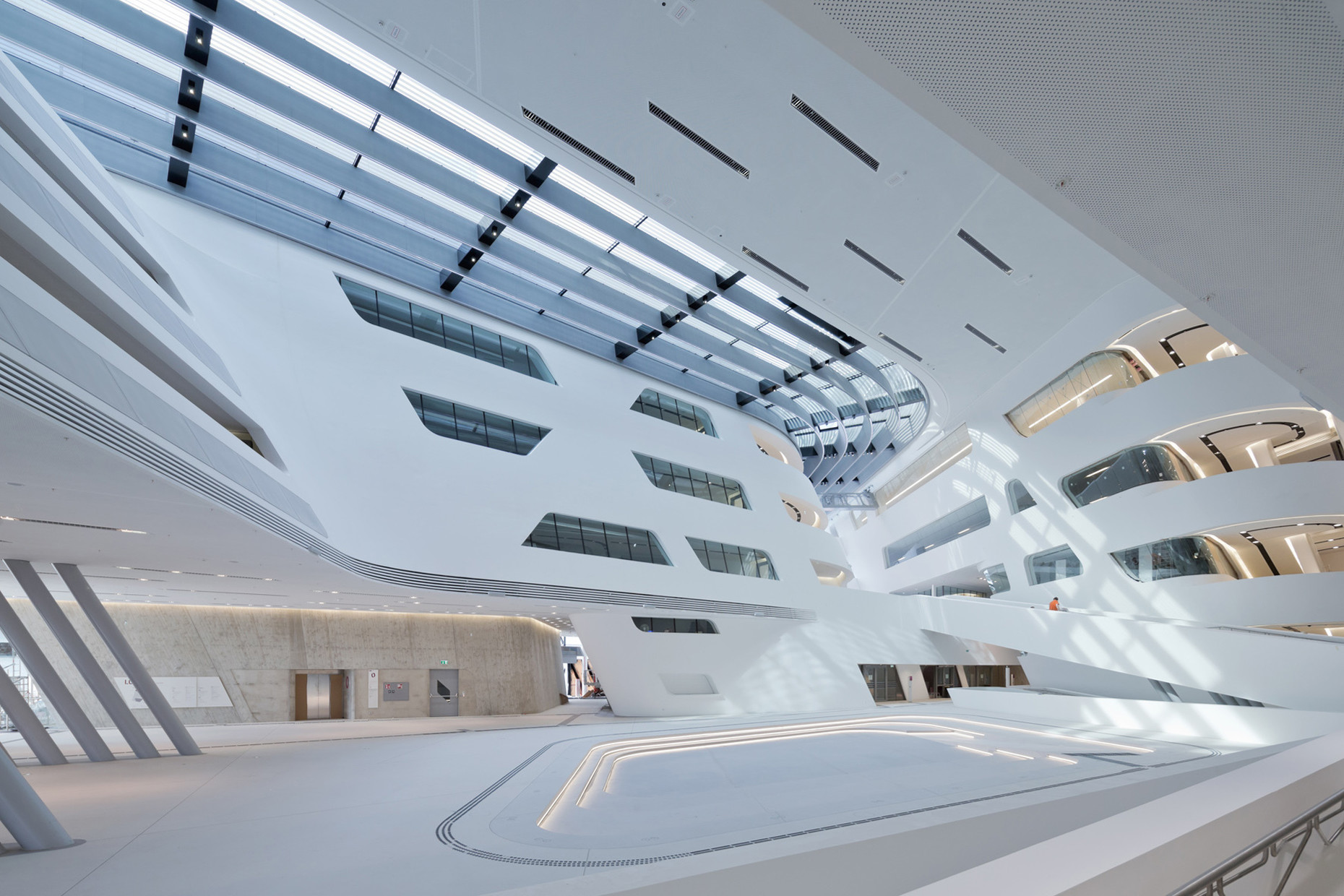 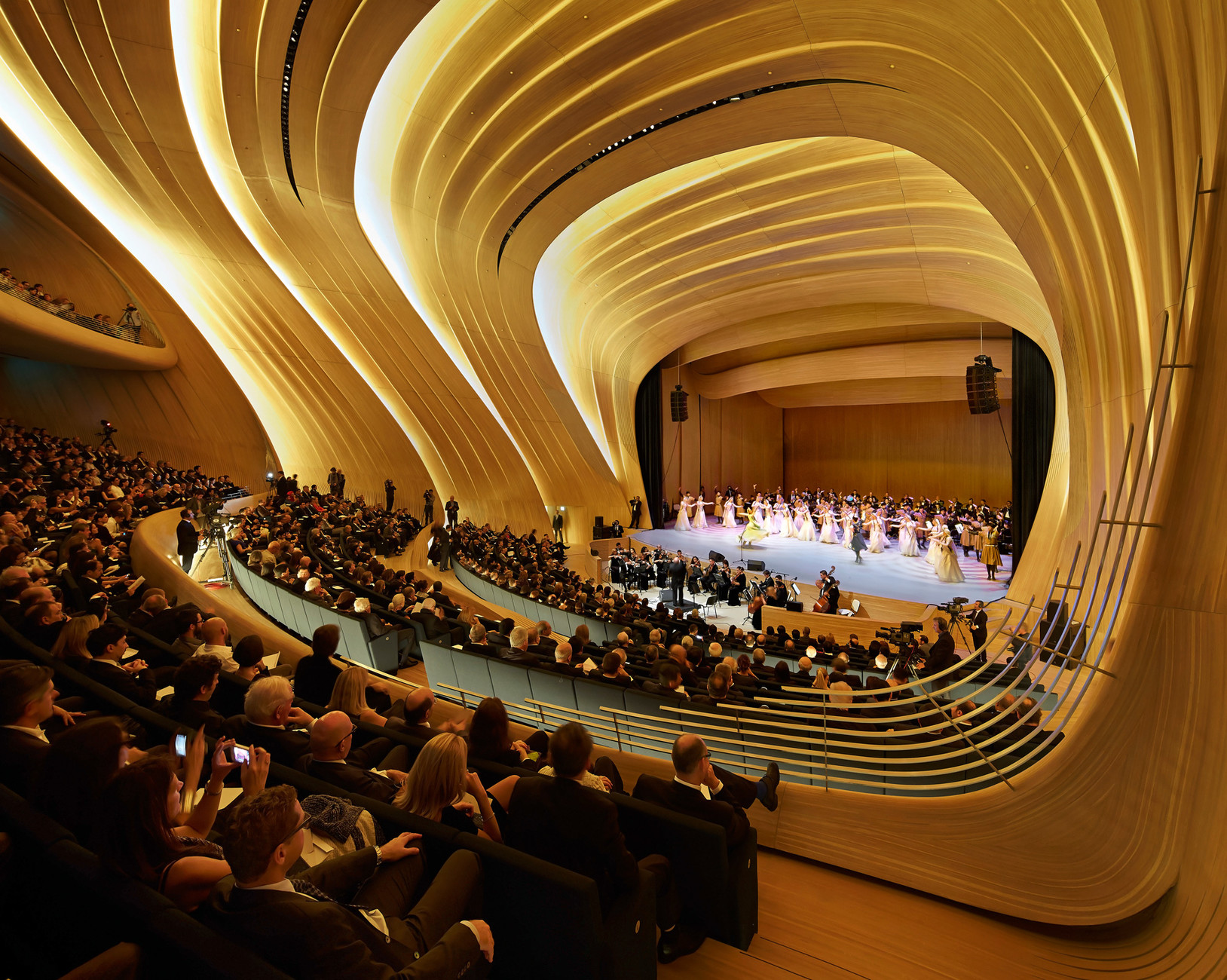 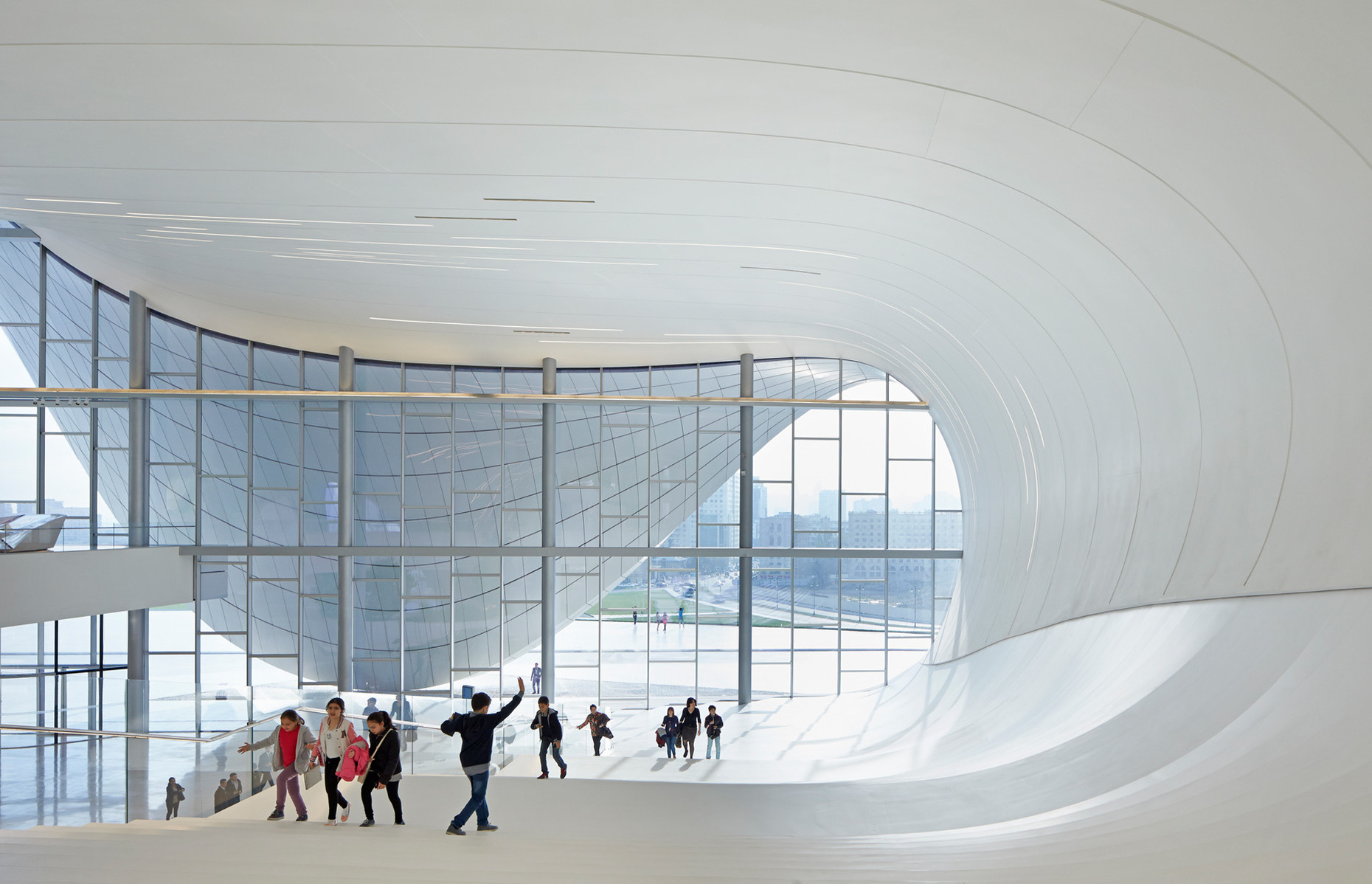 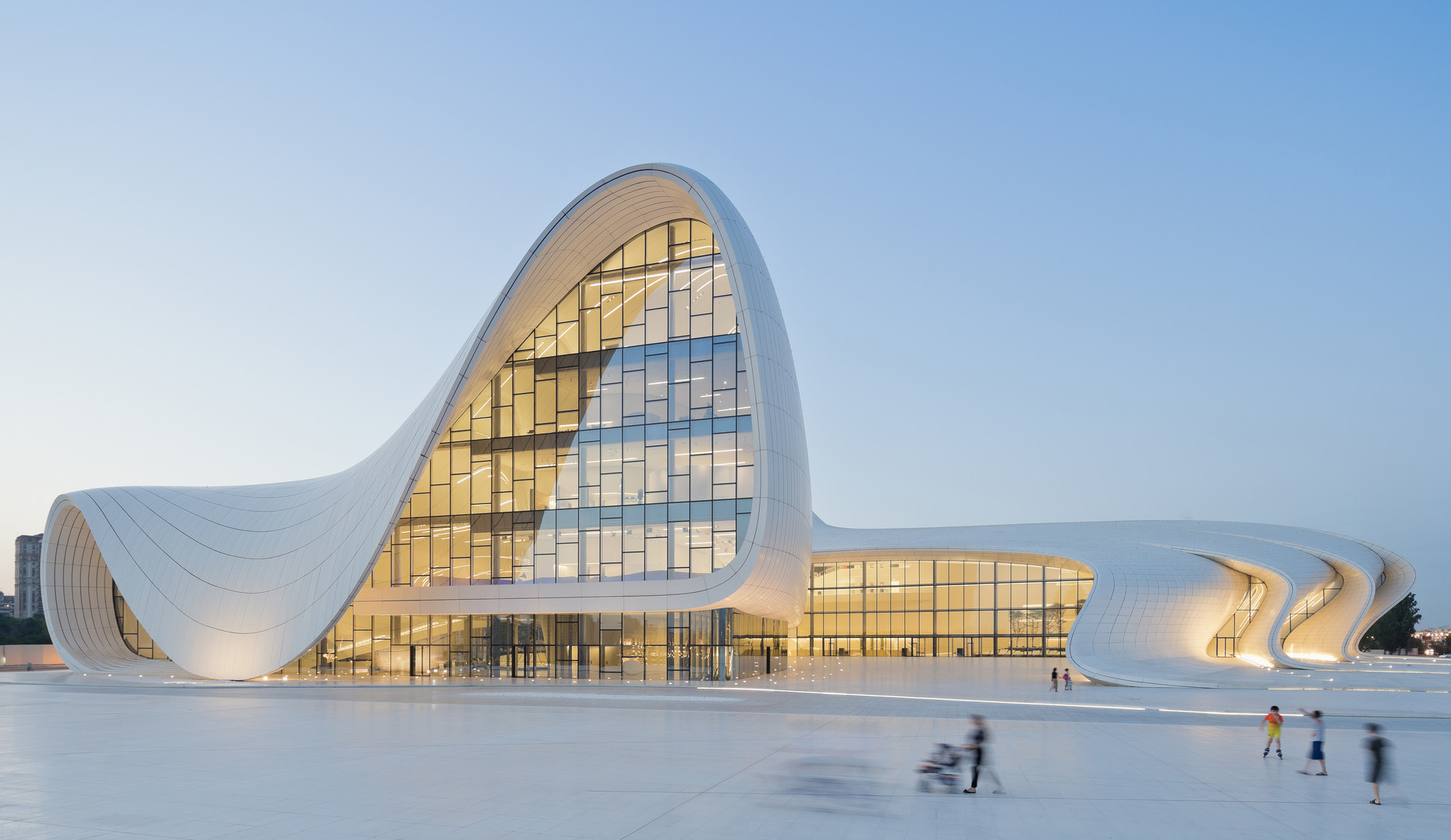