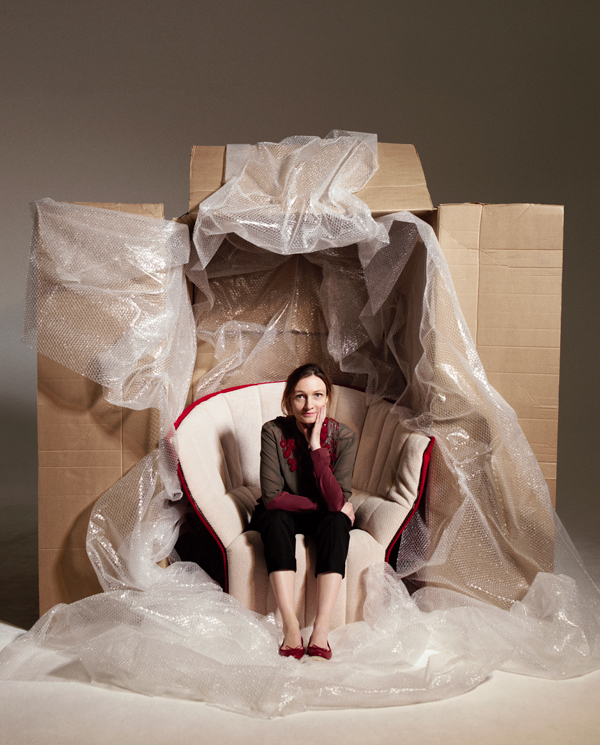 Inga Sempé doesn't beat about the bush. She simply says that giving interviews is not really her favorite thing. She also does not like talking about the things she has designed and is happy to leave that to others. Yet she has 'made it' and is one of Europe's most important designers today. For the last decade she has freelanced as a designer in Paris. Her designs include, for example, a luminaire made of folded paper that grows the stronger the light shines, a clock made of ceramic with a pendulum hidden behind the clock face and in which regularly a little window opens and then closes again. She caused quite a stir with her "Ruché" design for Ligne Roset, a sofa with an essentially simply wooden frame over which a quilted mattress is simply dumped. Nancy Jehmlich met the uncompromising designer – in Inga Sempé's home town of Paris.

Nancy Jehmlich: At the beginning of your career you worked with Italian manufacturers. Why did you go 'abroad'?

Inga Sempé: If they can, everyone starts in Italy. Everyone. In France there was no opportunity for me to realize my designs. Italy is full of small companies and unlike in the past Italian designers themselves are at present not tabling especially exciting designs. So Italian companies often work with foreign designers. When I started there was specifically no chance of collaborating with manufacturers in France. No one asked you to design something. You had to take the initiative yourself.

There are not that many French companies active in high-end design, are there?

Sempé: Sadly no. We in France are very much behind when it comes to design. People are still very conformist. Although it's changing now. The French are renowned for cinema, fashion and literature and in design we have made a name for ourselves, too, but not inside France, only outside.

Inga Sempé: I don't know. I suspect that the French wanted to stick for ages with the kind of furniture they had when they ruled the world, meaning that of the age of Louis XIV and XV. And all that. Those were our glory days, when things were marvelous. People wanted to preserve that, but that age is long gone.

What's it like collaborating with the really new French label Moustache?

Sempé: Different, because Moustache has precisely not been making furniture for long. If you've been making flat, planar things and then transform them into spatial objects, things get difficult. Put differently, you design a product for a manufacturer and always have to think whether the company has the capacity to realize it. It's not the same as designing for a company that has been producing things for 50 years and has its own production facilities.

What's your influence on the final product when you work with a manufacturer?

Sempé: If you work for a company you think exactly of that company, of its habits. What does it have? What doesn't it have? What needs to be changed? Perhaps it has no tradition that you have to worry about. Meaning when I make an object I think of the client and I have never ended up offering the product I developed for a specific company to another firm. The process or the object is always tailored to the maker.

Are there products you made that at the end of the day had changed greatly, departing from your original idea?

Sempé: Not completely, no. But of course the product changes in the course of the design process. Normally, I can discern my first small sketch in the final product. It would be a real problem if I couldn't.

Does that mean there are none of your products that you no longer like?

Sempé: There are, but for other reasons. It can happen that at the beginning you think you've had a good idea and later change your mind. That is inevitable.

Some of your products consciously play with the line between 'open and closed', 'visible and invisible'.

Sempé: That has nothing to do with 'visible/invisible'. I love mirrors if they hang in comfy rooms, but it is annoying to always see yourself in a mirror. Which is why "Trame" has the matte lines. You don't really see yourself, you see silhouettes and you can't really say whether you look good or not today. Actually, you only see half of yourself.

Are you trying to change user habits?

Sempé: These aren't really changes, it's more about doing something slightly differently. What I do are not major changes. The mobile was such a change. But I have not done anything similar.

Is there a social thrust to what you do?

Sempé: It is difficult to have such a thrust if you are not the manufacturer. A designer does not have much power. I believe that my designs are too expensive for a lot of people, but that is not my decision. It is hard to make good-quality products that are not expensive. Would you have a social thrust, then, if you have things made in China? At any rate, when I design an object I do not have rich people in mind. At the end of the day, sadly it is not the poor who buy my things. Moreover, the high-quality products tend to have a longer service life. Buying a sofa is not the same as buying clothes. The sofa definitely involves the idea of buying something to use for much longer. An Ikea sofa does not cost much, but it also does not last long. You have to relate the costs to the benefits.

So what could a solution to the problem look like?

Sempé: First of all, the press needs to report on products that are not expensive but the press doesn't. Vogue and all the other mags are not interested in social matters.

Let's talk about your home town. Is Paris ready for the future?

Sempé: No! Paris is ready for the Americans and the rich. But not for the future. Paris is my city. But Paris is sadly only there for the rich.

Sempé: Yes, except that the Parisians are less conformist than the Italians. We are at present not far removed from new religions and that's a good thing. Women have more liberties and power. I think it is not as difficult as in Italy. I hope that things change there. The problem with Paris is the huge suburbs. The hyper-rich live in Paris while the poor can no loner afford the city. That's a shame.

Do you have a favorite place in Paris?

Sempé: Hard to say. Paris has so many beautiful places. But to give you an example: I love the Rue Faubourg Poissonniere. It's a long and winding road, there are many industrial buildings with large courtyards, they arose in the early 20th century. I really like it.

If you had not become a designer, what would you be?

Sempé: I would write songs or film scripts.

Inga Sempé with "Lampe Extensible" by VIA 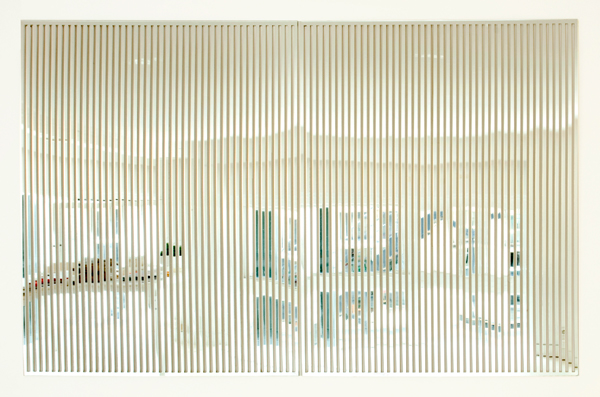 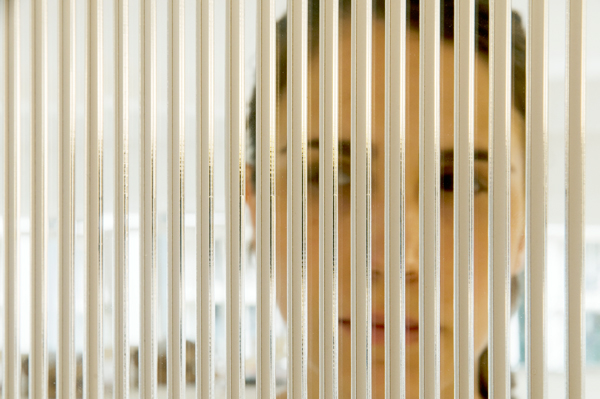 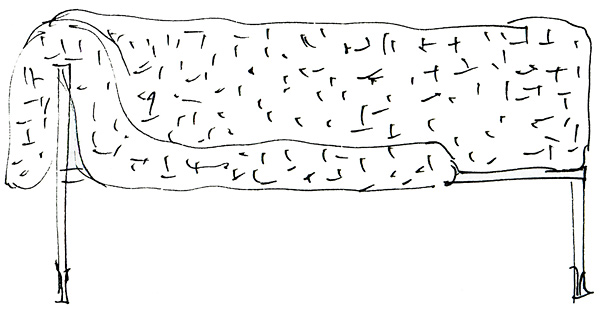 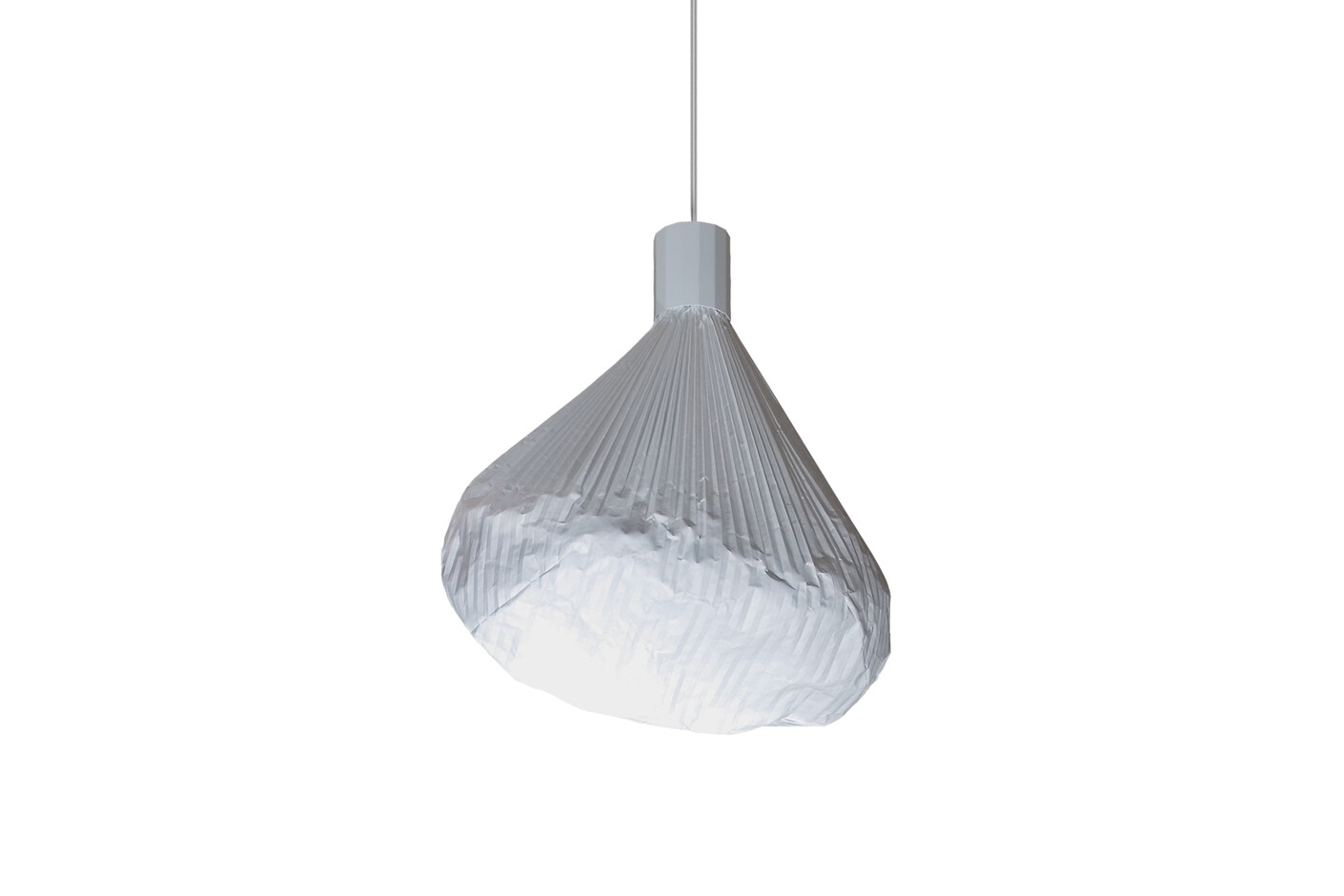 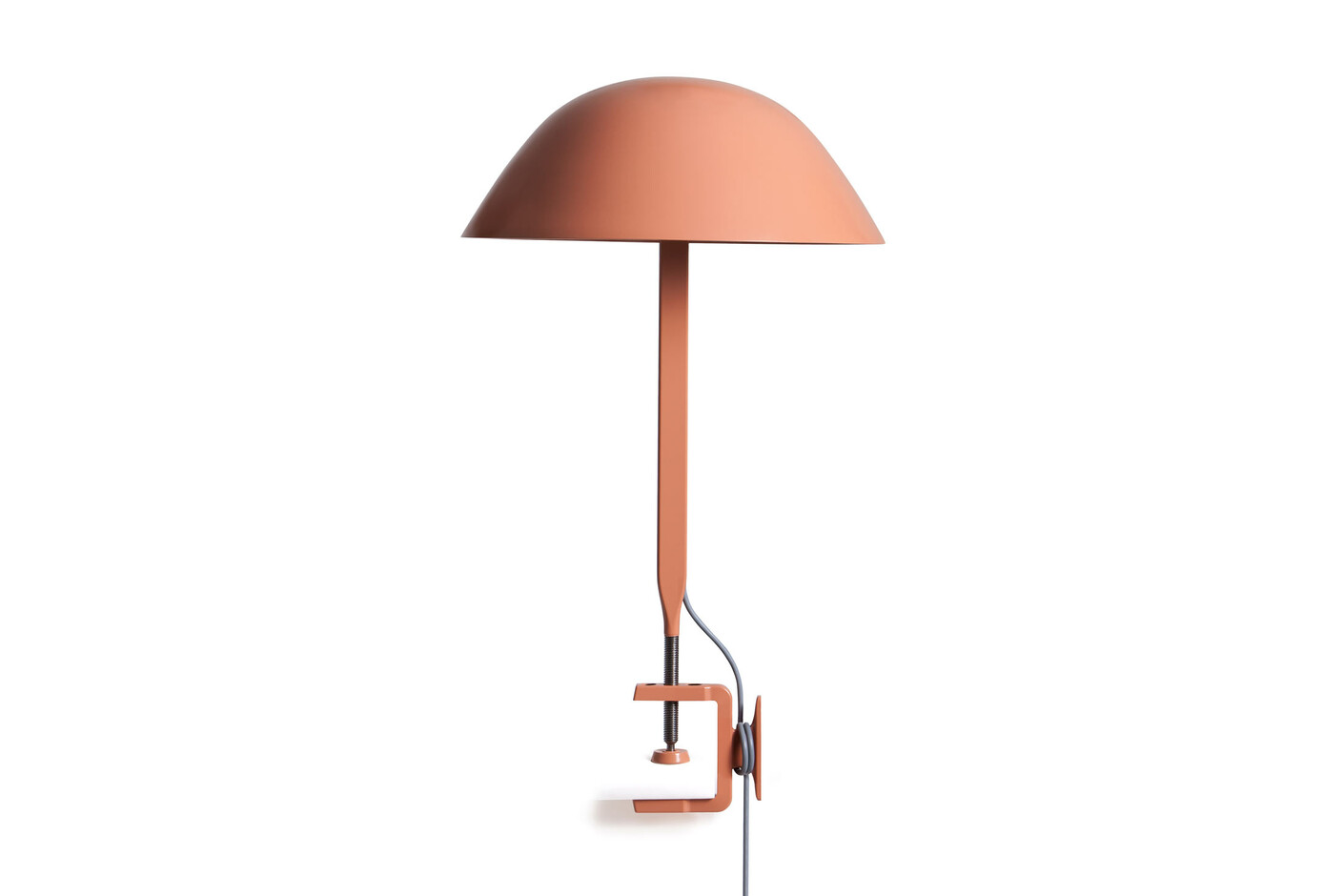 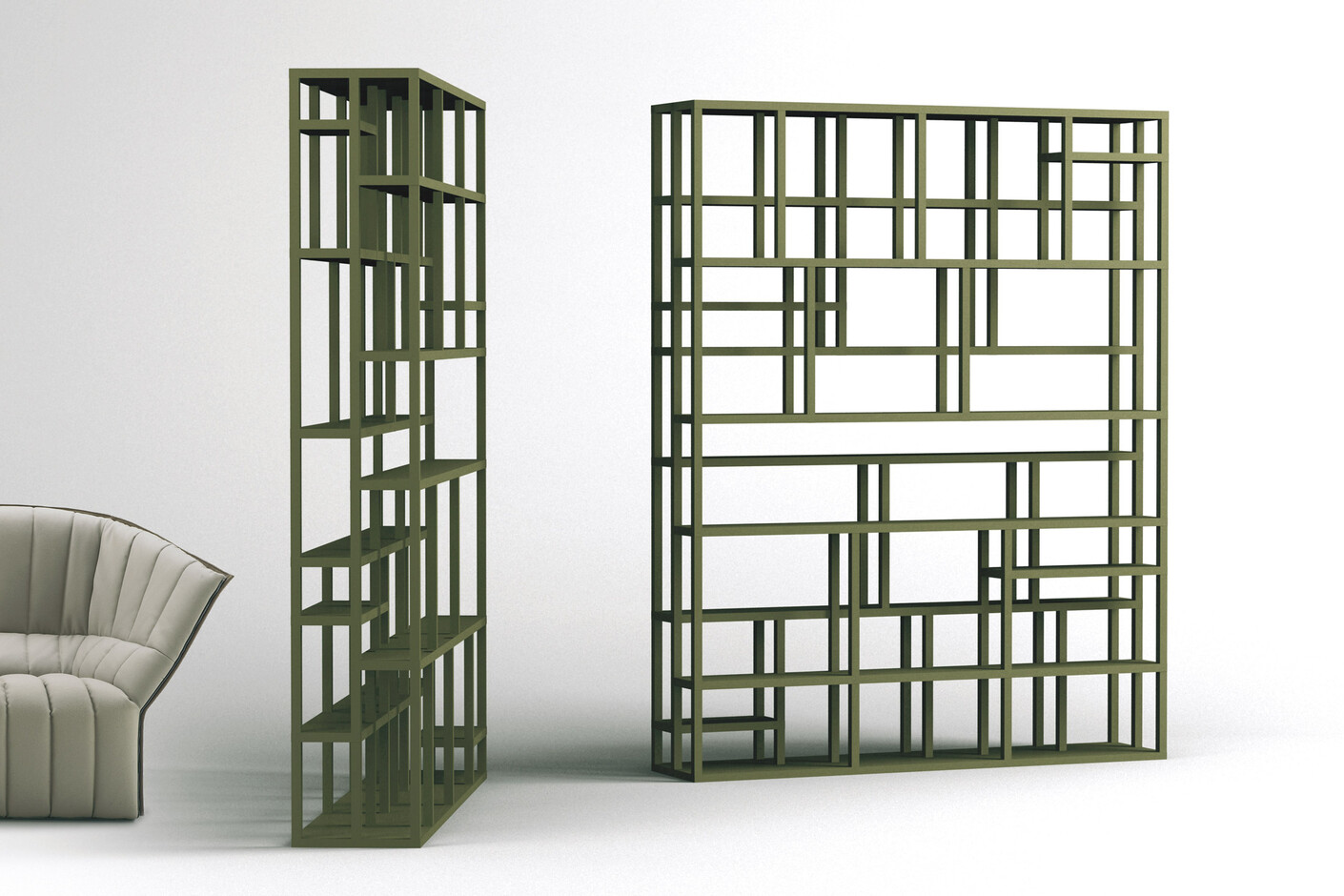 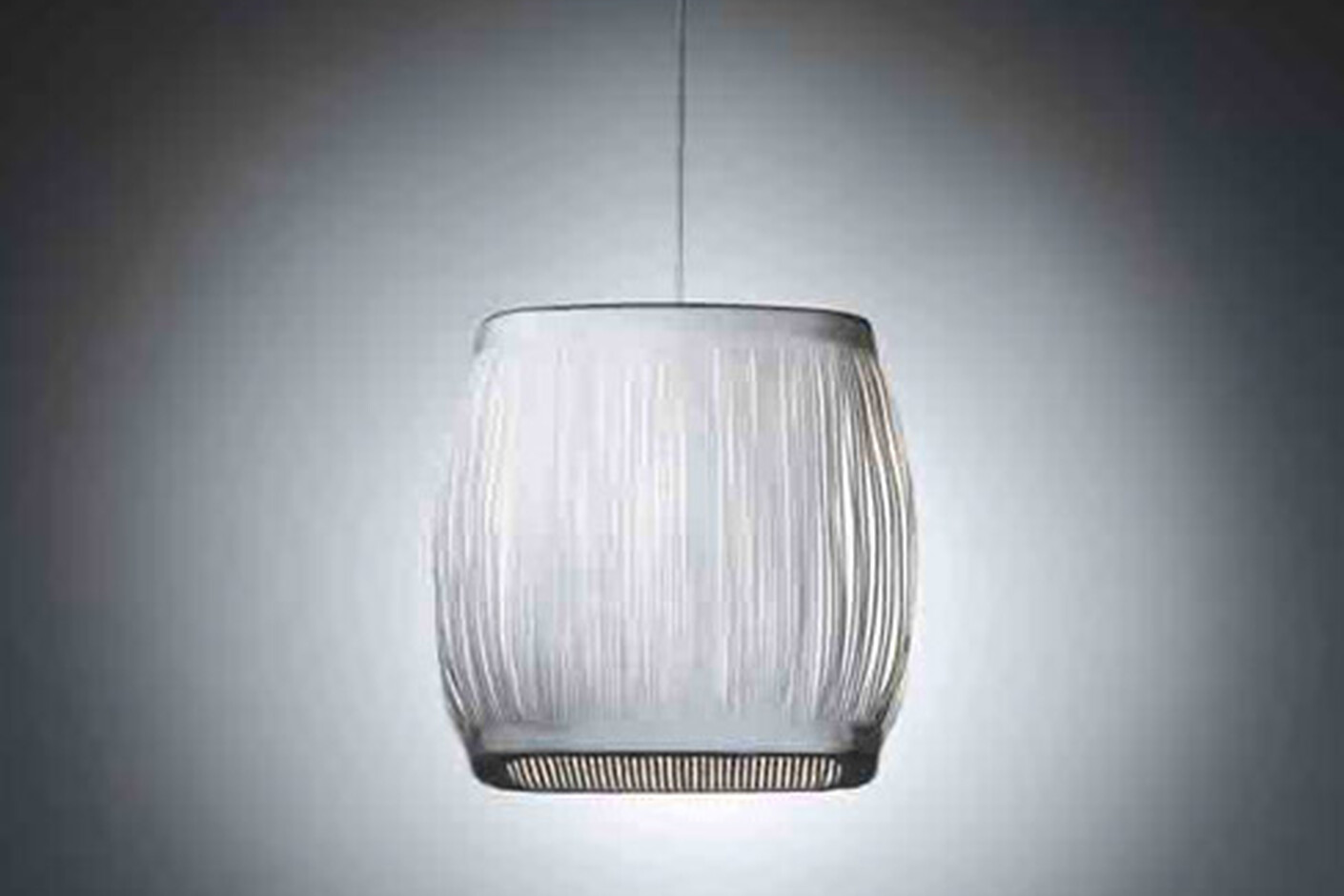 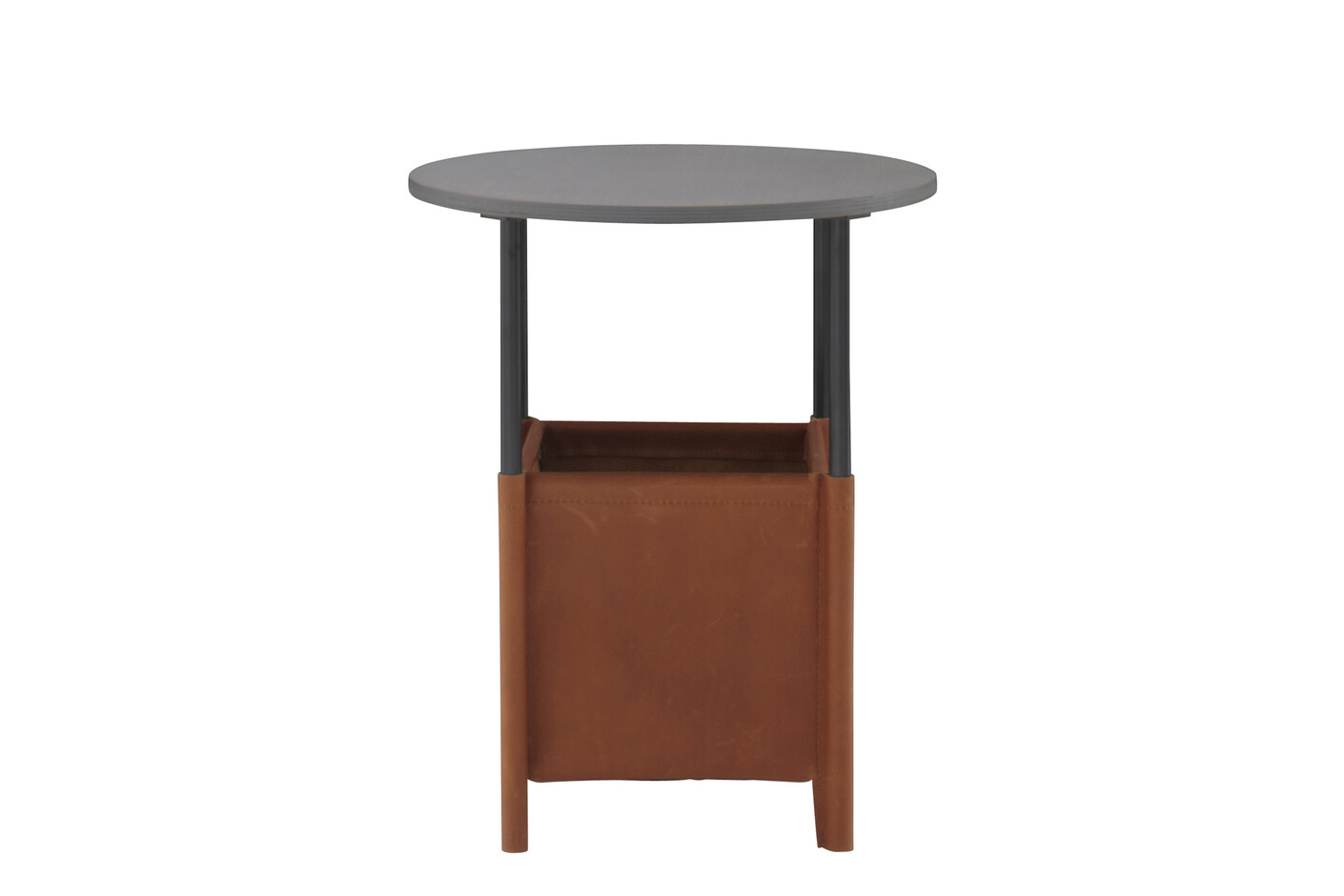 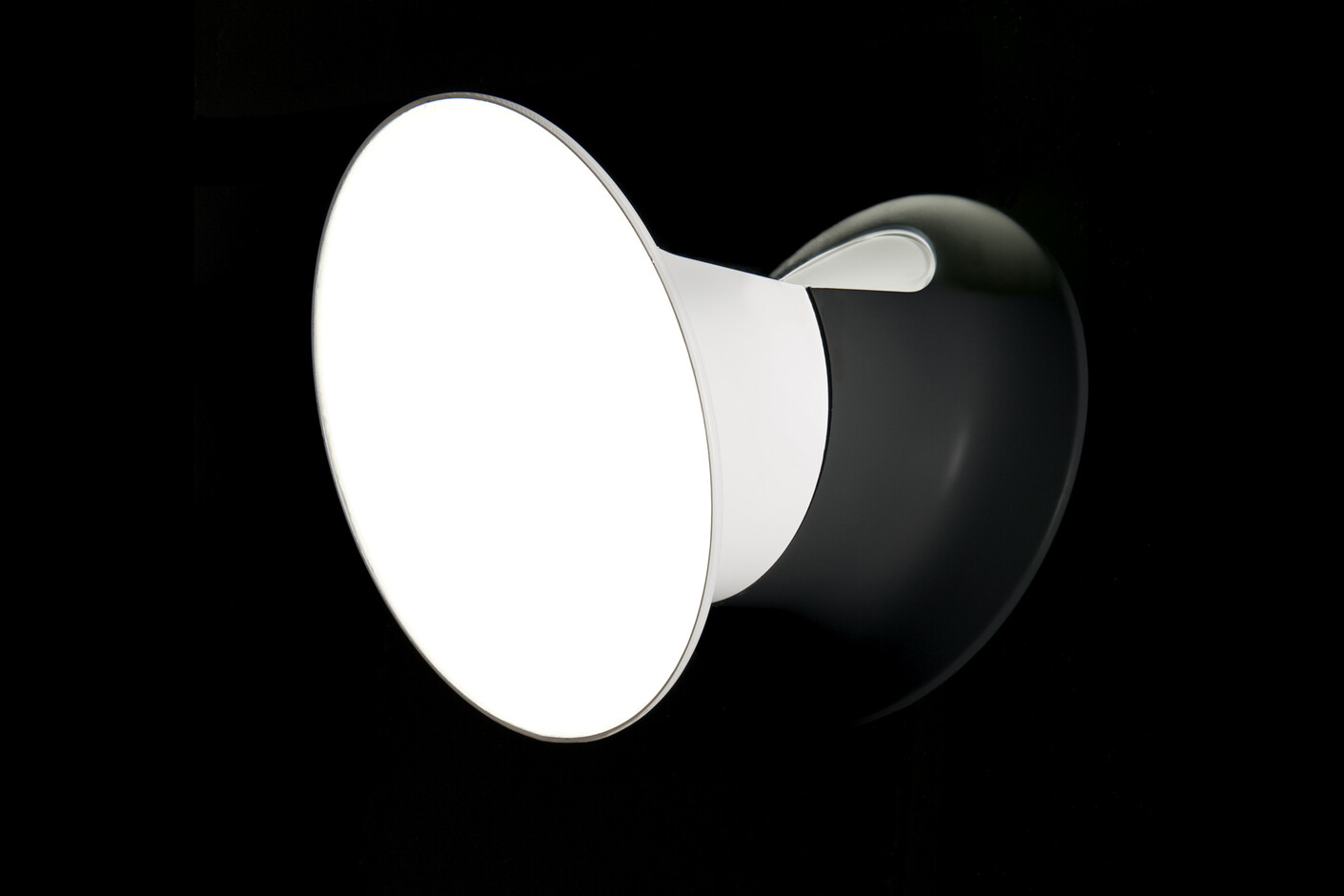