Please get out of the car. It is now parking itself. In future our autos will find their parking slots themselves. Photo © Audi Urban Future Initiative

“Self-driving” cars are very much the all-pervasive flavour of the month in the media. The technological requirements now seem to be fulfilled, with the systems in question, in theory, mature enough now to go to market. Nevertheless, in June 2016, a Tesla branded limousine in self-drive mode collided with a truck because the driver had completely handed over the controls over to the computer. In this context, concerns relating to the technical, but also, more crucially, the legal and the ethical standards of self-drive programs are currently being discussed, and it is quite some controversy. Can and should an algorithm decide whether, in an emergency, a vehicle should run over a child or its grandmother?

In what is probably an attempt to swerve round such existential questions, manufacturers have taken the first step and developed self-parking vehicles. For some years now, various car-makers have provided, as an optional extra, vehicles where that dreaded parallel parking can be left to the car itself. Once the car has measured the space by slowing driving past it, it then steers itself precisely into the spot. All the driver has to do is select the right gear and following the signals from the sensors, brake appropriately.

The development of this technology has indeed now progressed so far that the car can now not only perform the last few parking manoeuvres by itself – test runs are now being carried where the car drops its driver off at their destination and then plays the valet ant looks for a parking space solo. Of course, a car that parks itself has different requirements for the parking space than does a human at the wheel – to be precise, fewer. Car parks would need neither space for people to get out of cars nor 2.5m high ceilings so that drivers and passengers can stand up. And you can dispense with stairwells and lifts, too.

Last year, the “Audi Urban Future Initiative” demonstrated the effects that autonomous parking could have in the future. In this respect, two aspects took center stage; for one thing it highlighted the enormous amount of space and cost that can be saved with car parks that are exclusively the preserve of self-parking vehicles. The study assumes less than a third of the space and building costs needed for a conventional car park, for the same amount of parking slots. This would allow for a more effective and profitable use of downtown real estate because land that is no longer needed for parking can be used for different purposes. Another aspect is that drivers will no longer need to factor looking for a parking space into their time management. They will already be in their meetings or taking care of their shopping, while their car finds itself a parking space on its own, guided by digital information systems. Electronic traffic management will, moreover, prevent cars driving around unnecessarily to find spaces.

Hopefully, in the future of automobiles, the question whether self-parking cars could also bump into other cars while parking and whether they would then duly contact with the recipient of said bump or whether they secretly abscond will never even arise.

Please get out of the car. It is now parking itself. In future our autos will find their parking slots themselves. Photo © Audi Urban Future Initiative 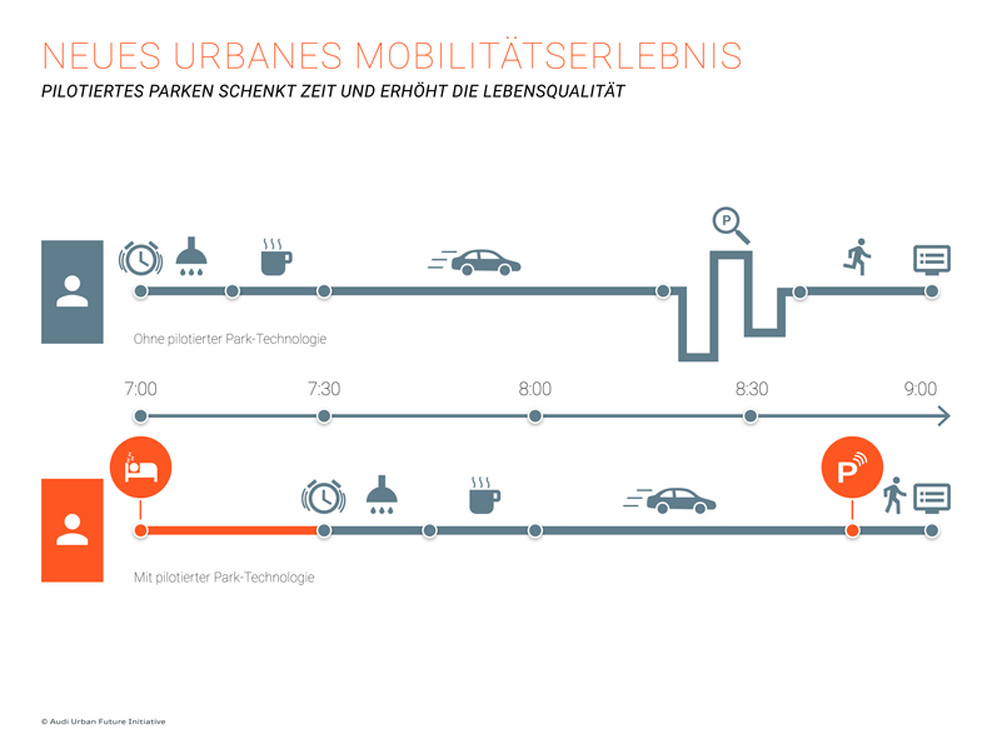 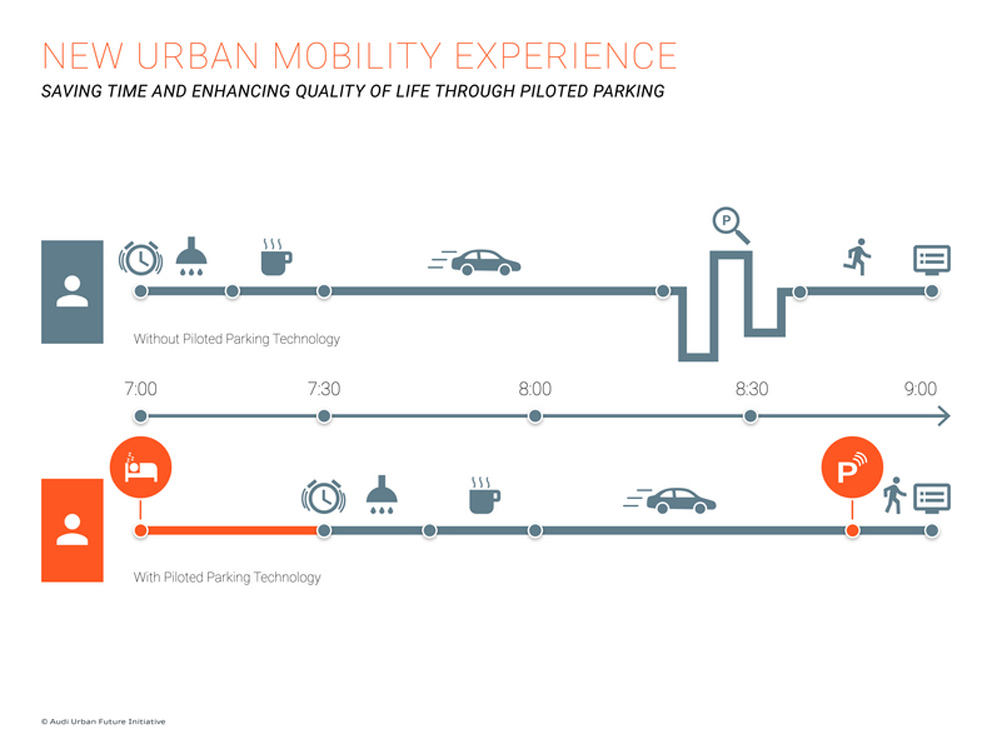 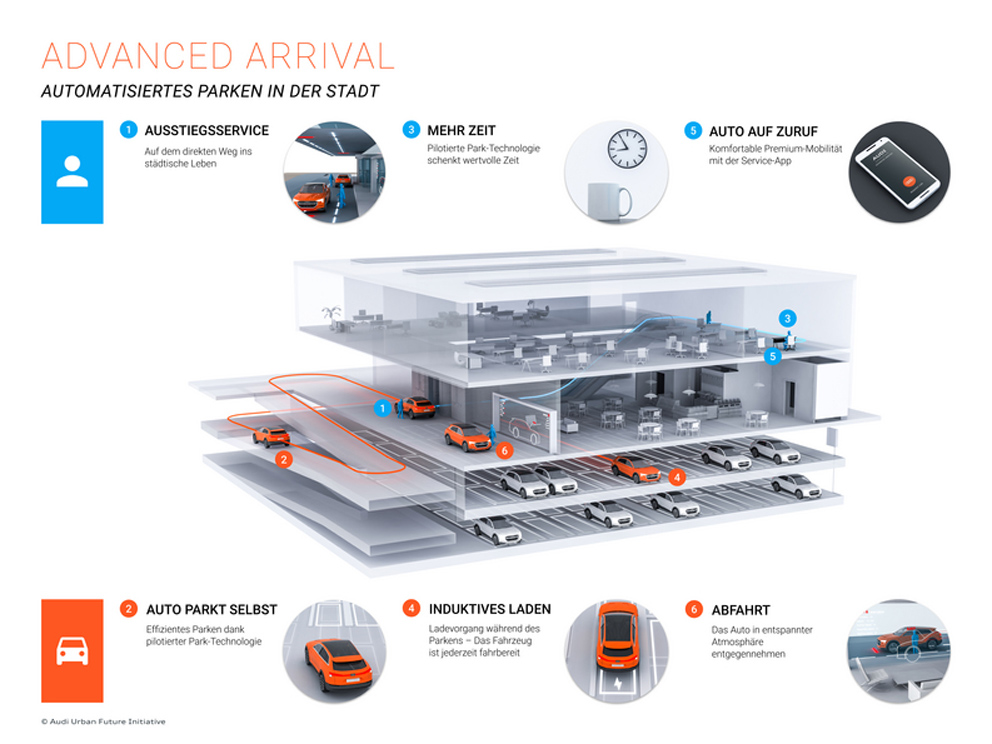