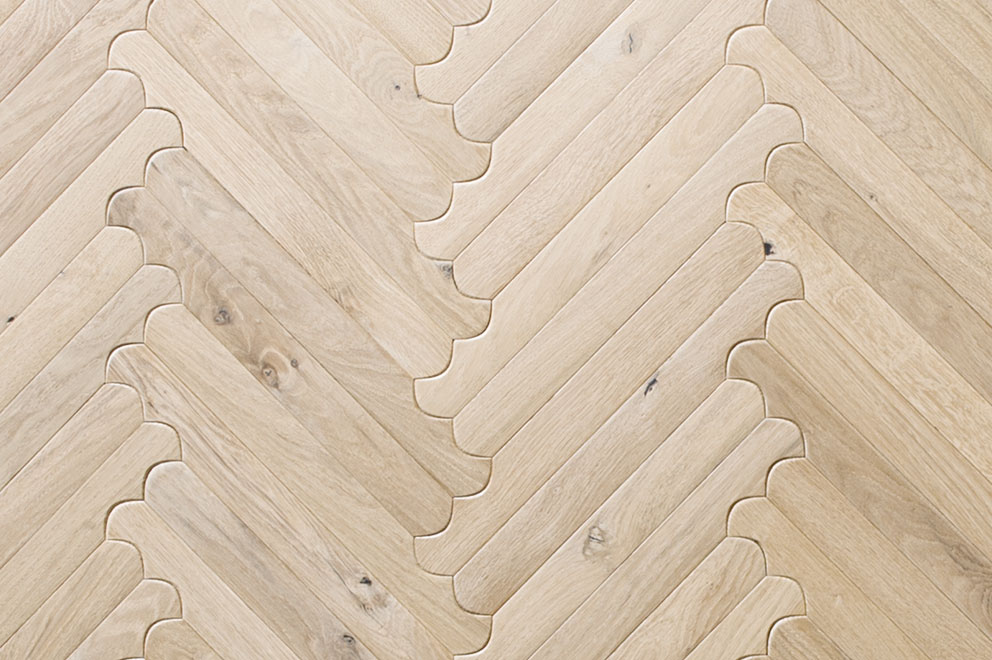 In Germany, wooden floors continue to be considered the ultimate sign of a contemporary home. Roughly half of all new floors laid are made of this natural material. Nevertheless, manufacturers have been busy making certain they can offer more than simply forever the same oak floorboards. Another thing that is becoming very apparent is that manufacturers are increasingly communicating the origins of the woods they use. Some of them emphasize that the wood comes only from sustainable forestry – certified, for example, by the international non-profit organization Forest Stewardship Council or FSC for short.

It is also noticeable at the Innovations@DOMOTEX 2016 that manufacturers are ever more frequently launching new types of wood. For instance, Italy’s Bassano Parquet has introduced “Maso”, a three-layer dark-stained larch parquet board. UAB Grigo goes one step further with “Bog Elm”, which, similar to its renowned “Bog Oak”, has spent just as long in a moist bog and is therefore especially hard and resistant to UV rays. New variants are on offer even for outdoor applications, such as from iDeck Systems, which has made a name for itself with its “EasyChange” system that relies simply on a special key technology – and now offers 100%-bamboo decking for patios.

Vintage-look materials remain in fashion, along with knot holes, core splits and even traces of the saw blade. For example, Belgium’s Gerko Parketindustrie presents solid floorboards with a texture and color reminiscent of 1960s driftwood – available in lengths of up to three meters. Britain’s Havwoods is offering “Graphic Reclaimed Organic Painted Pine Chevron”, pine floorboards reclaimed from distilleries and airplane fuselages and processed ready for a new lease of life. “Par-ky Lounge 06” is a floor veneer produced by Decospan that has a striking visual appearance thanks to the circular traces the saw blades have left on the uppermost layer.

In addition there are new, unusual and especially imaginative wooden floorings. One especially surprising idea is creating a plaid pattern on the floor – Mafi Naturholzboden achieves this by thermo-treatment of its new “Carving Club I” boards. Another highly interesting and above all discerning parquet has been created by Milan’s famed designer Patricia Urquiola – shaped like sponge fingers. It only logically goes by the name of the “Listone Giordano Biscuit Collection”, is manufactured by Margaritelli and gives rise to various different geometries, including one with a slightly bulging surface.

Alongside various technical features (and they often amount simply to a vapor barrier, as with Hüma Parkettsystem’s “Hydro Parquet” with its waterproof rubber seal) there are also truly innovative products, such as the “Lambdafloor” parquet devised by Poland’s Prestige, which boasts an aluminum layer between the wooden surface and the water-repellent base material, in this way augmenting the thermal conductivity for use with underfloor heating systems. (MM) 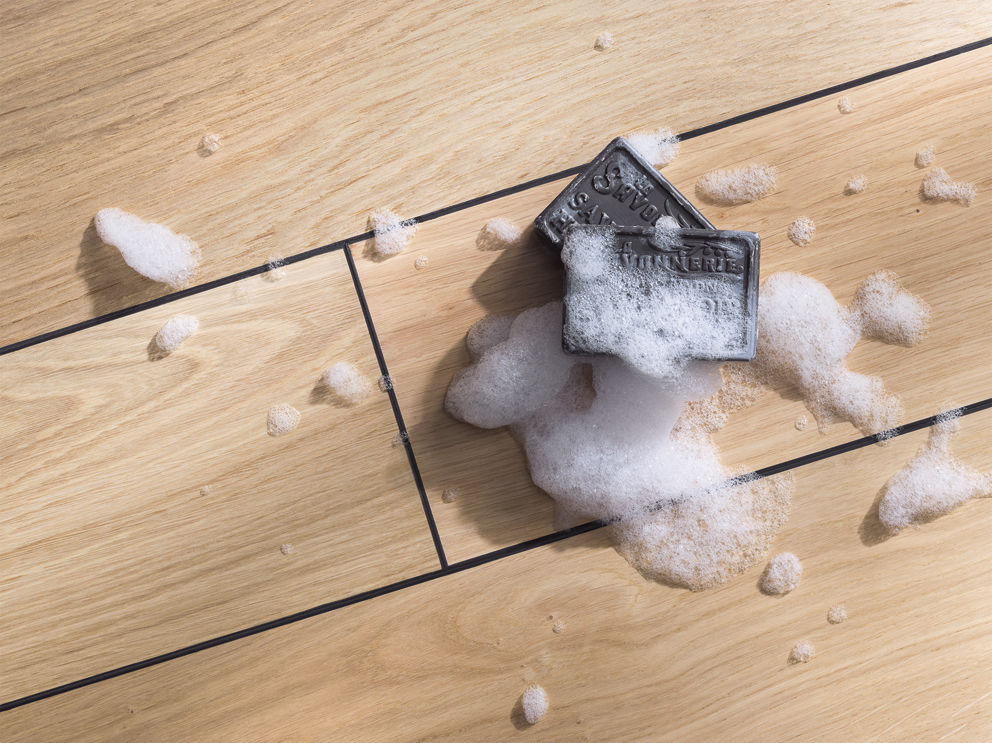 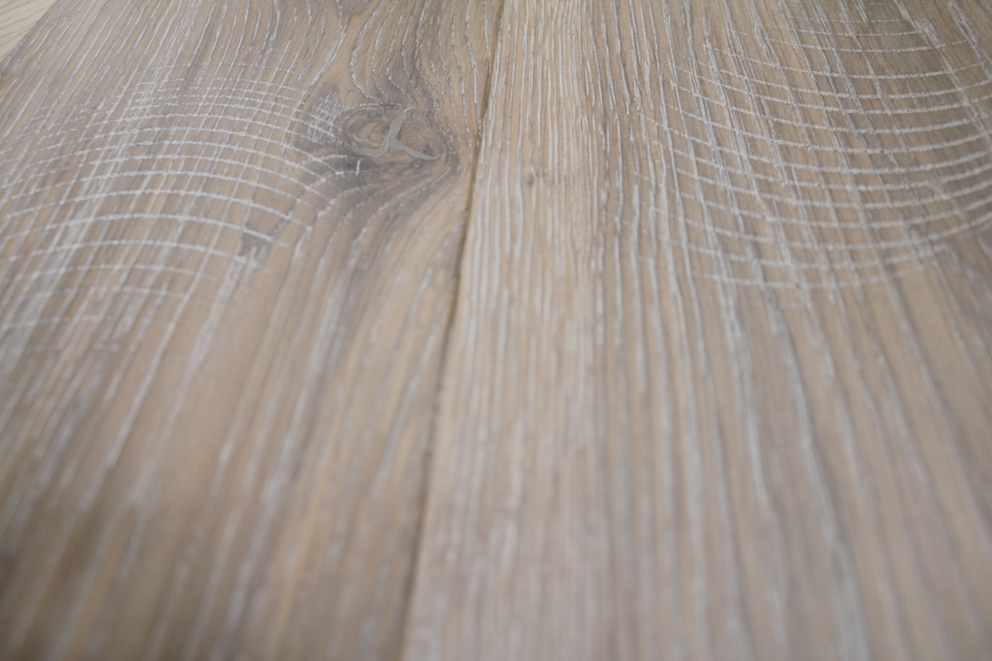 Like marks of a saw are implemented on the first layer of the veneer flooring „Par-ky Lounge 06“ by Decospan that has a height of 0,6 mm. Photo © Decospan 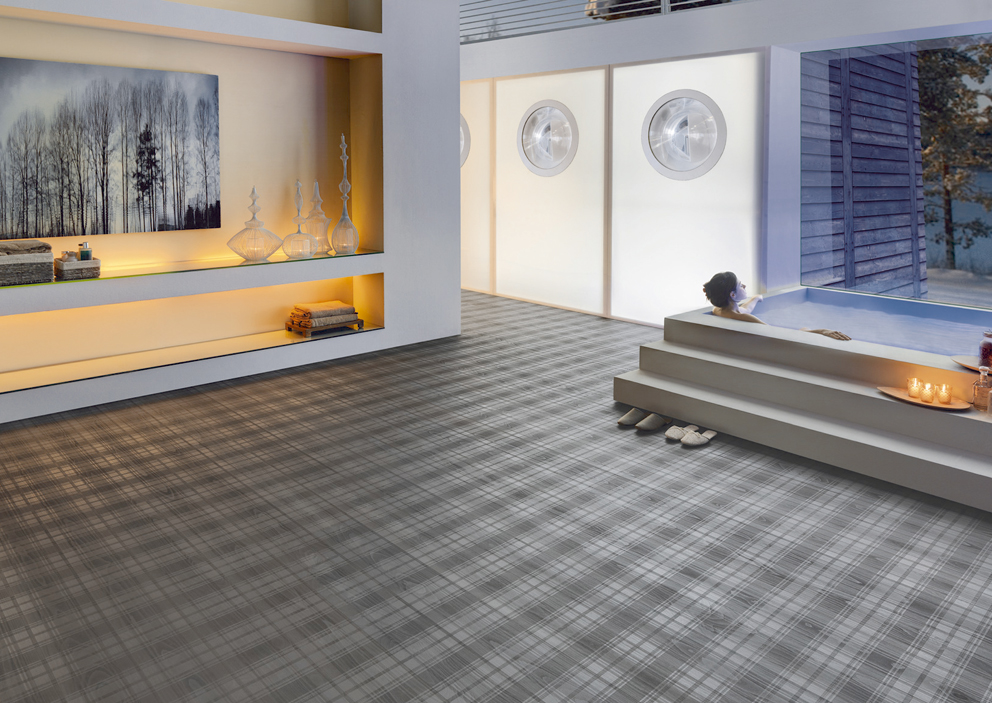