Even the Romans knew that, as poet Juvenal once said, “a sound mind in a healthy body” was an ideal well worth striving for. In Roman times, thermal baths were a recreational place where you could while away the time. People met there, relaxed by bathing and enjoying a sauna together, and enjoyed a pampering in the form of massages and manicures. The spa area in the Four Seasons Hotel in Milan is also dedicated entirely to this Roman bathing culture. Having been given a makeover in 2012 by the Milan-based designer Patricia Urquiola, the basement facilities now have a touch of luxurious Roman decadence about them. Measuring a spacious 800 square meters, they boast a large pool with an adjoining quiet zone. It is also possible to bathe in private in a separate room featuring a jacuzzi, or in the free-standing bath in another private room. In addition, in the treatment rooms guests can get pampered with full body massages and facials.

In the 15th century, the historical vaulted cellars was still part of a monastery – Urquiola plays skillfully with the contrast between old and new by leaving the columns, round arches and the brick ceiling in their original state. Appropriately, for the walls and floors she opted for natural materials such as wood, marble, and natural stone. Large tiles with almost no joints give the rooms a two-dimensional look. There is also harmony to the color scheme throughout the rooms – Urquiola uses warm earth tones, brown alternating with beige and peach colors. She sets individual lighting accents with luminous strips positioned close to floor-level, which give depth to the edges and bathe all the rooms in warm, subdued light.

Gold-colored fittings by Axor round out the coherent interior design. Urquiola managed to have them specially produced by Axor, with individual measurements and finishes which blend in perfectly with the spa’s color scheme. In keeping with the luxurious setting she decided, for example, in favor of uniform gold fittings. For the wash basins she chose faucets from the “Axor Urquiola” collection, while the showers are equally resplendent in gold, with showerheads from the “Axor ShowerHeaven” and “RaindanceRainfall” collections. 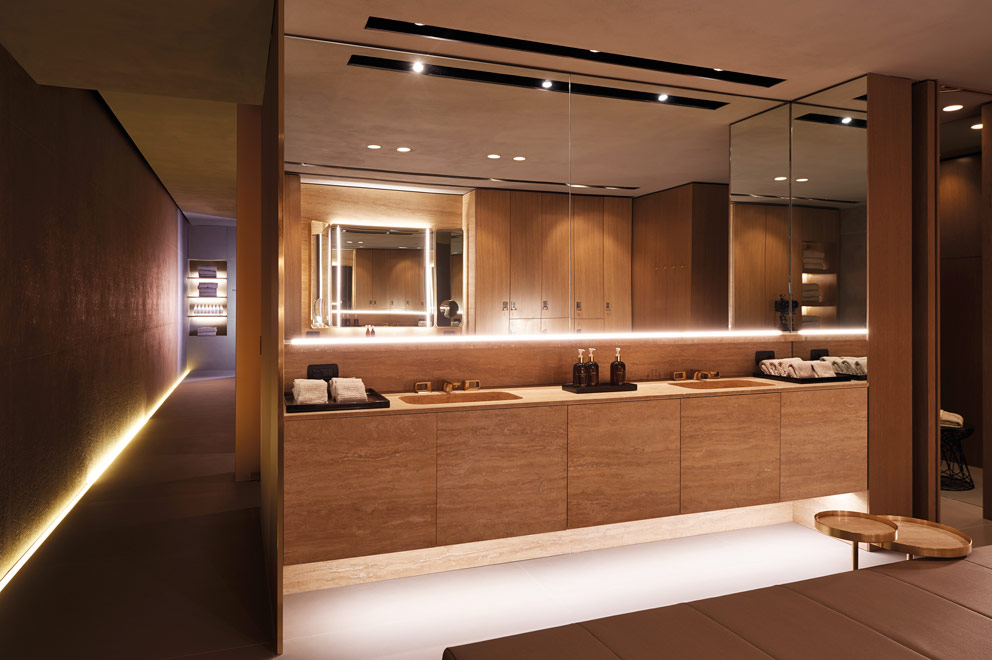 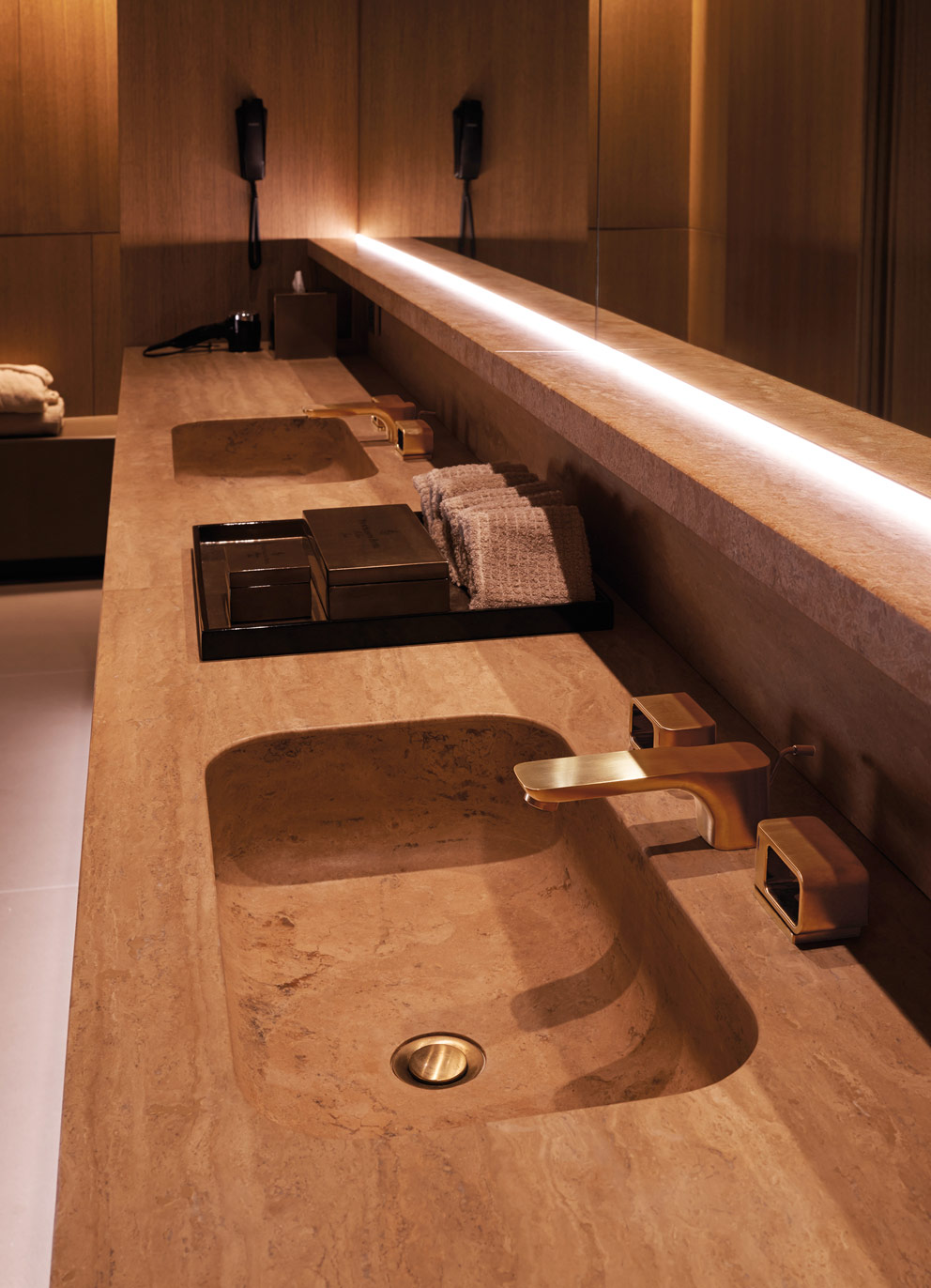 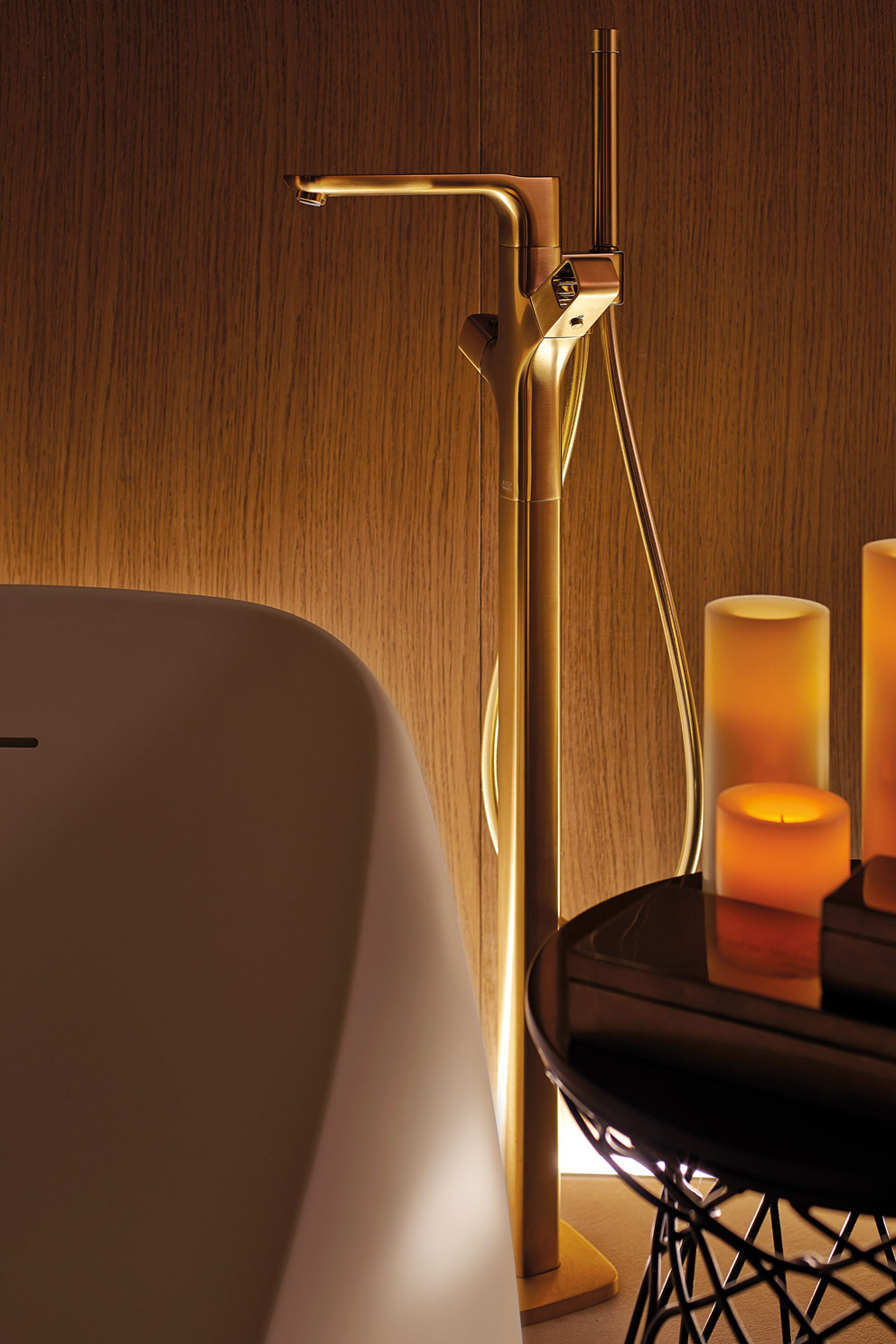 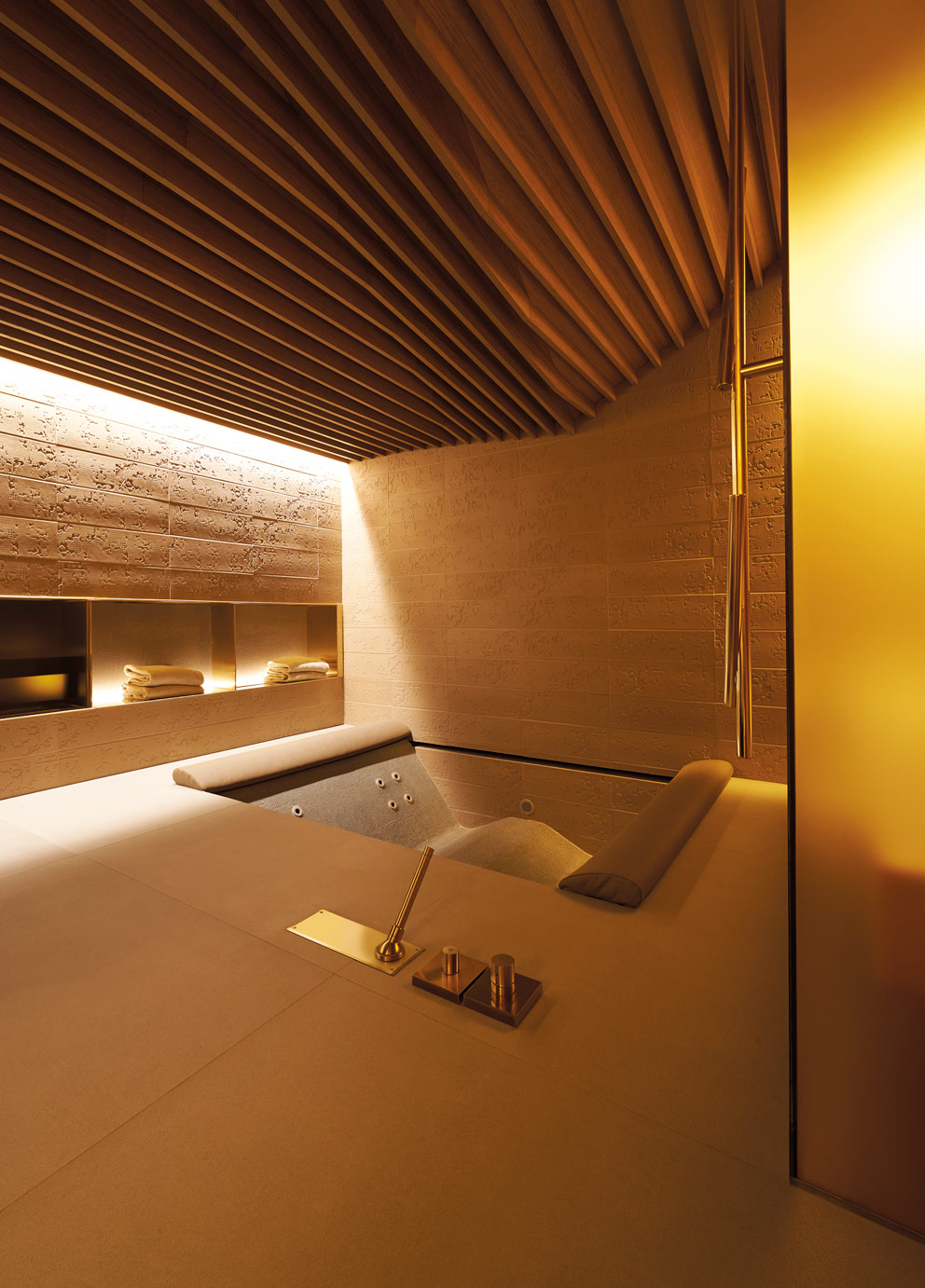 Guests can relax in the atmospheric setting of a private jacuzzi.
Photo © Kuhnle & Knödler for Axor / Hansgrohe SE 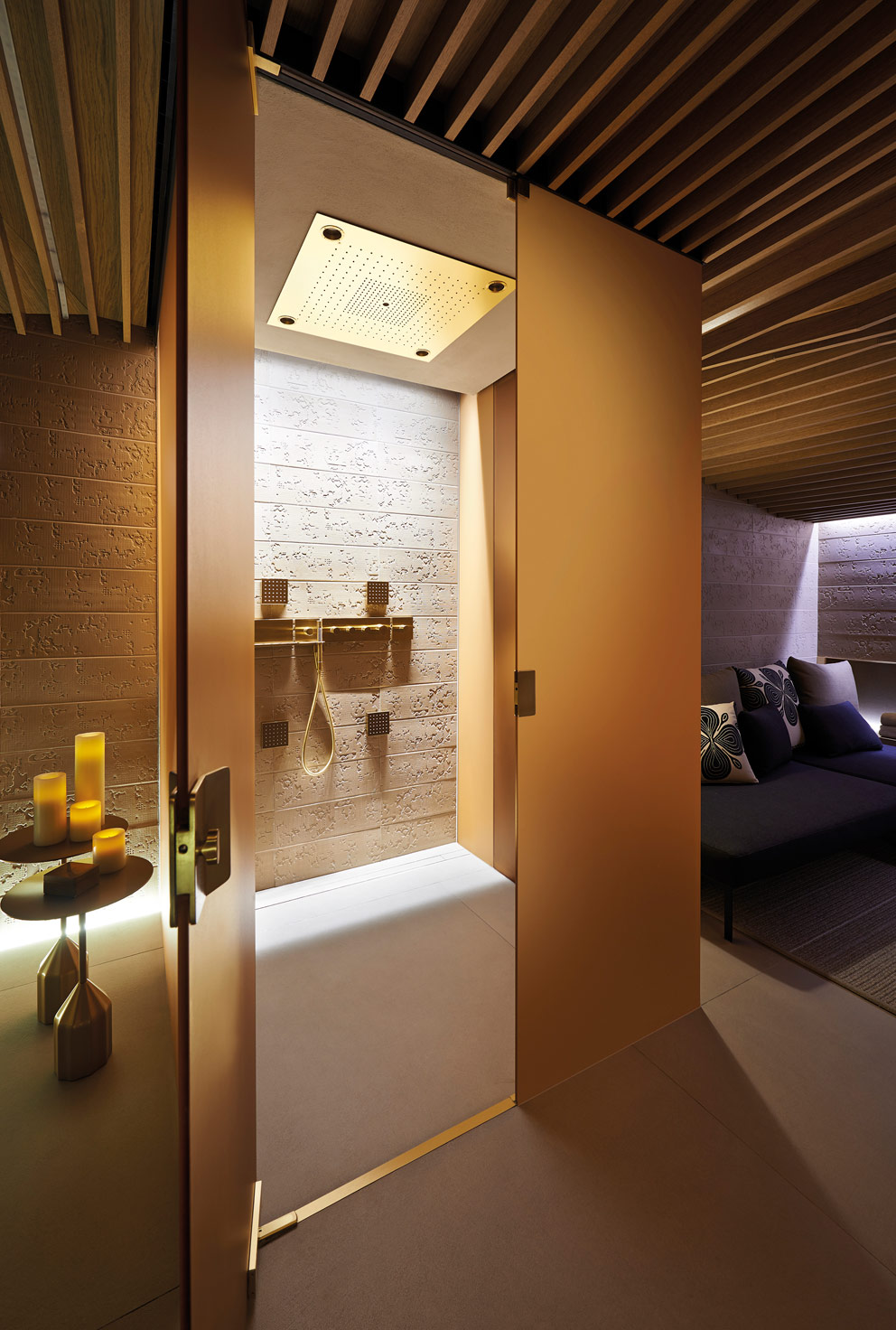 Golden rain: For the shower the fittings from the Axor “ShowerCollection” and the “Raindance Rainfall” collection were given an individualized gold look.
Photo © Kuhnle & Knödler for Axor / Hansgrohe SE 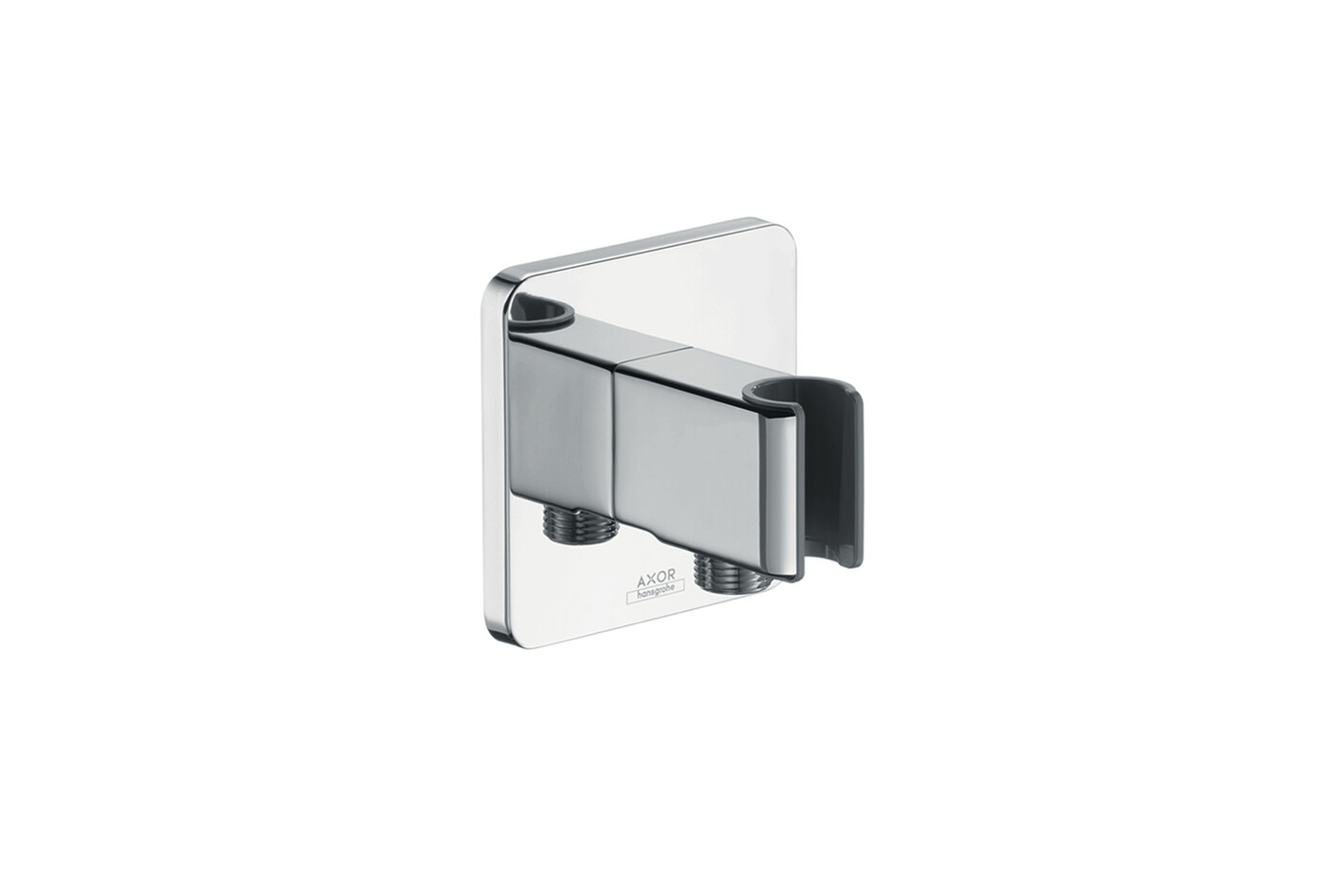 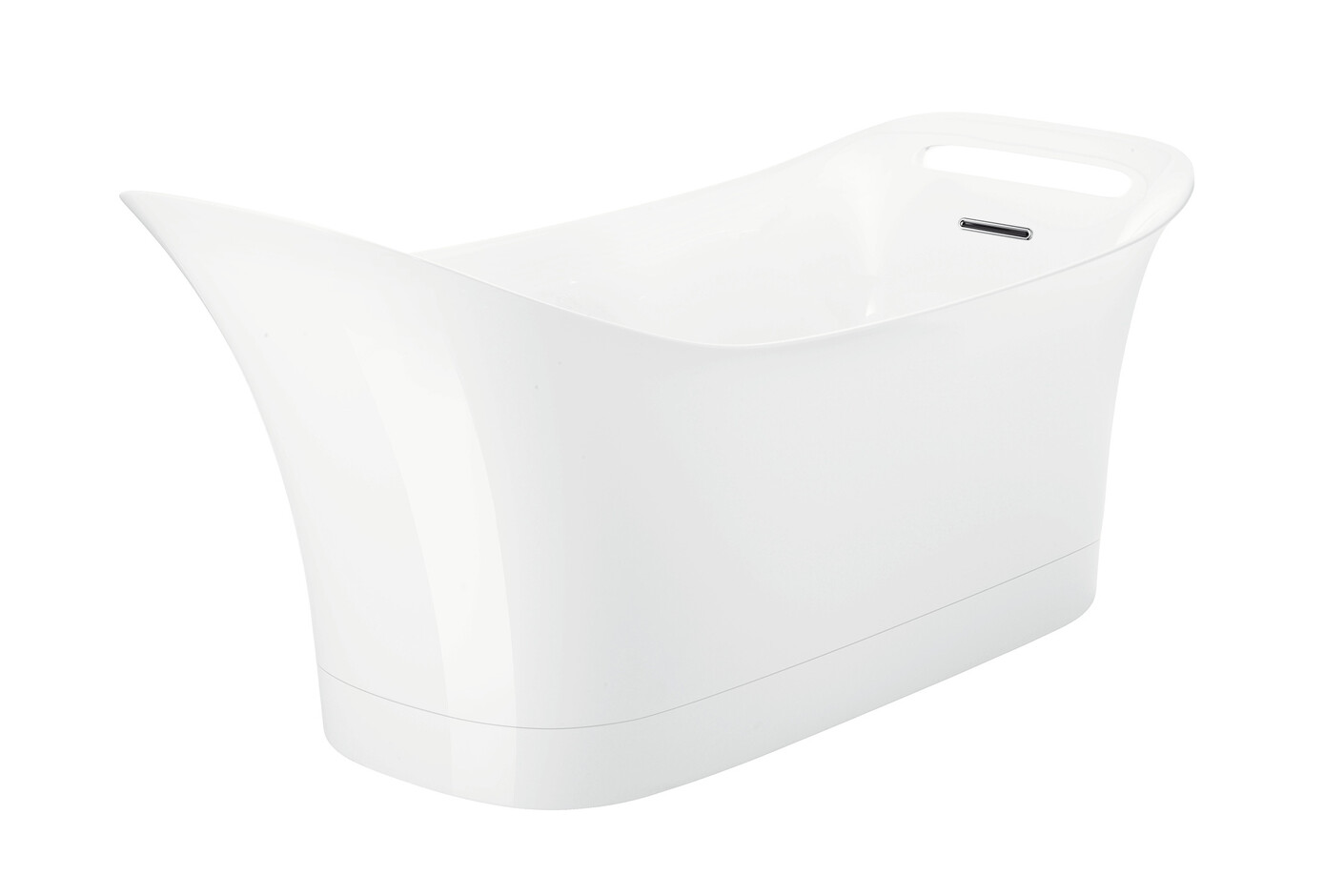 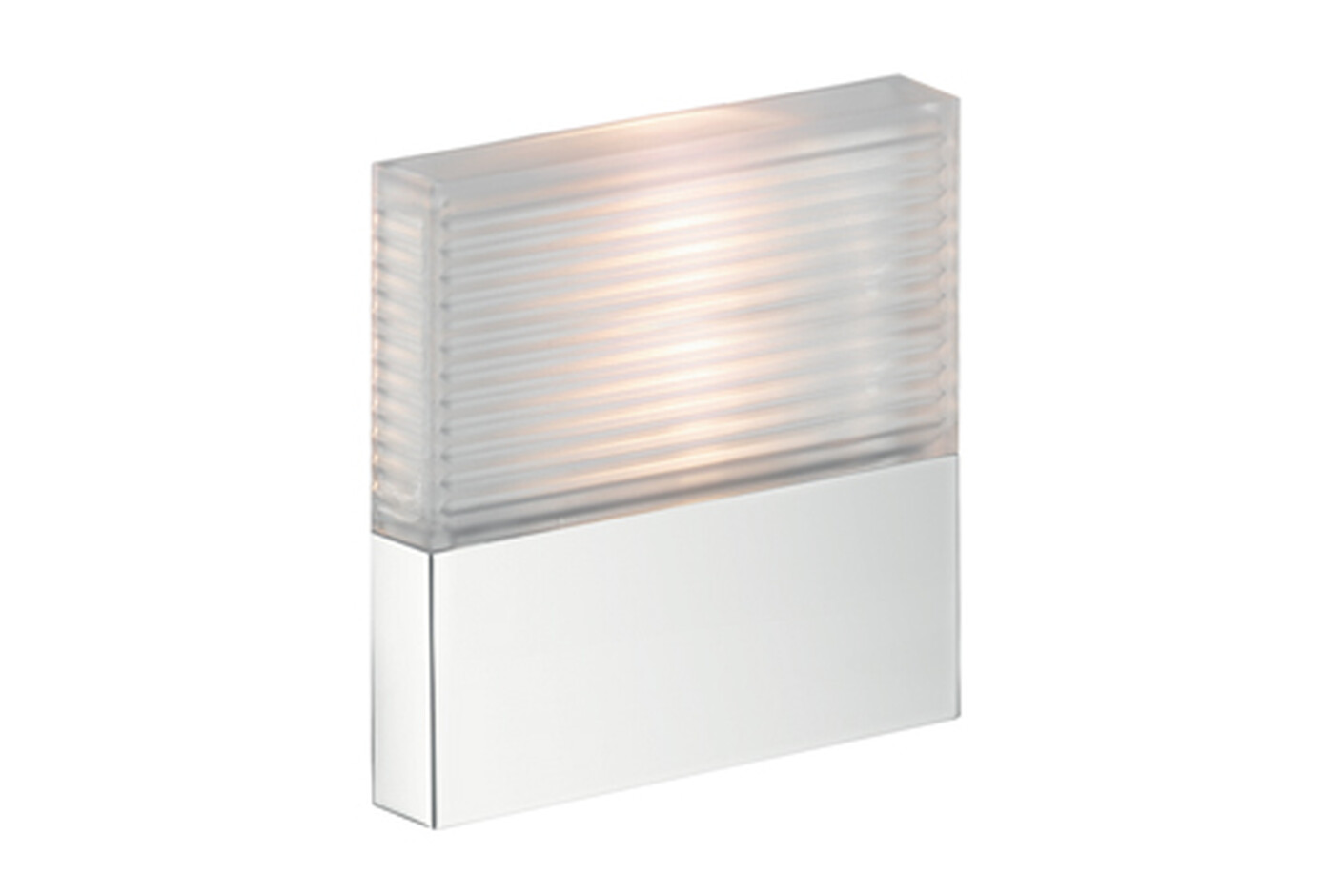