Portrait
The most German of all French designers

Pauline Deltour does not want to be pigeonholed – and nor should she be. After all, her furniture designs are just as convincing as her fashion or indeed the bicycle she has just designed.
by Fabian Peters | 3/1/2018

The collaboration began with a surprise: “I was astonished!” says Pauline Deltour, looking back. “The Cor employees were creating this flawless, beautifully produced wooden structure for their sofas and armchairs and then hiding it inside the upholstered furniture so nobody can see it.” That was the crucial impulse for the Parisian designer, which led to her then creating “Floater” – her contribution to the sensational new line “Cor Lab,” which the longstanding company presented at the end of last year.

For Cor Lab, the upholstered furniture specialists showed surprising guile in bringing together a series of promising young designers. The aim was to use their creativity to put a new spin on the company’s very classic concepts and conservative design. Pauline Deltour was faced with perhaps the most challenging task here, namely designing a family of sofas and armchairs – and thus tackling the very core of the brand. On top of this the upholstered furniture had to be suitable for the office environment in particular, as this is a market Cor Lab targets. “Floater” stands on a solid wooden base and shields its seats from the area around it by means of a high upholstered surround, more of a room divider than a backrest. Cushioning can be fitted within this protective screen, of course, but it can also house small compartments or shelves complete with plug and USB sockets. On top of this, Deltour also designed the stackable upholstered stool “Drop” for the Cor Lab range.

The material determines the design

Anyone who sees the convincing results would never suspect that these are Pauline Deltour’s first larger-scale furniture designs as an independent designer. So was it a gamble for both company and designer? Yes and no. Over the last few years Deltour has proven, more than virtually any other designer, just how versatile she is. On top of this, her CV also now boasts an almost four-year stint at the Munich studio of Konstantin Grcic –the best time of her life, she says on reflection. Although she was fresh out of university, right from the beginning Grcic treated her as a valuable designer, she says. “I worked on furniture and exhibition designs. I was able to travel to Japan twice. The experiences I had were incredible, so my learning curve was very steep,” she explains. It was with Grcic, she says, that she learnt how to do her job. “Eighty percent of the work methods I use today came from there,” she surmises, adding: “Perhaps I’m the most German of the French designers, because it was actually only in Germany that I learnt what design is.”

What she means by that is that she doesn’t try to translate an existing design into any particular kind of material, but rather in each case to carve out the specific features of a material during the design process. “Ideally, this way you are able to enhance particular details that can only be realized with this particular material,” she explains. “Nothing needs to be added; no decoration, no pattern. It should always be the maximum of what is possible with the material – and the minimum at the same time.” The forms she creates are then the result of an intensive confrontation with the initial product and the manufacturing processes. “In the beginning I actually have no concept in my mind of the subsequent look of the design,” says Deltour, “we almost always begin at zero – partly because the projects are so different – and then we work our way forward.” This is no doubt why she seems a little horrified by the question of whether she has any creative preferences spanning the different themes: With her way of working, of course, there can’t be anything like a signature design style personal to her. The choice of a specific material, she says, is also made first and foremost based on the task, the customer, and their capacities, preferences and requirements. For her, it’s part of the fascination of the job to continually be confronted with new customers and thus with new materials and ways of working.

In fact, it would be difficult to find common creative elements, for example between her three women’s fashion collections for the Japanese department store group Sogo&Seibu and the electric bike she has designed for Yellow Innovation, a design subsidiary of the French post office. Most recently, she developed a series of innovative money boxes shaped like animals – Deltour is full of surprises.

Her career really took off with a series of products for one of the industry’s big players: On behalf of Alessi, she created a series of household objects made from bent steel wire named “A Tempo,” including fruit baskets, dish racks, umbrella stands, and a stool. Also for Alessi, she designed the “Pierrot” coat stand, which is as simple as it is resilient, using lumber struts and plastic joints.

Her tableware for the Japanese manufactory Kouemon arose entirely from the production technique of the so-called Arita or Imari porcelain. One feature of this traditional form of ceramic is the solid plinth base coupled with a fine edge. The production of these forms requires a great deal of experience, a prolonged firing time and a particular type of clay, since the pieces would otherwise break in the kiln. Deltour designed cups and other hollowed-out forms, which bring together Japanese and European designs and all boast the common feature of the plinth base emphasized by the colored glaze.

Different manufacturers, different materials: For Cire Trudon, once the candle supplier to the King of France and one of the oldest existing manufactories in the world, Pauline Deltour designed both an aroma lamp and a flacon for a new perfume series. A recurring motif is an undulating cylinder made of green glass, Trudon’s signature color. The wave shape also recurs on the wicker beehive on the manufacturer’s coat of arms. Deltour created a related form, albeit emerging from an entirely different manufacturing process, for the objects she produced in cooperation with the Corning Museum of Glass for the Wanted Design initiative. Her interest in the old technique of shaping hand-blown glass into slender rods, as is required, for example, for the production of millefiori glass, was what inspired her designs. The designer used rods arranged parallel to one another to form various different vessels, whose different thicknesses and colors give rise to the object’s overall charm.

Technical appliances also feature in Pauline Deltour’s portfolio. For Lexon, she designed the multiple award-winning “Fine” series, which includes power banks, a wireless loudspeaker, an alarm clock, a radio and a flashlight – all in very compact dimensions. A short time ago she joined forces with French lighting manufacturer CVL to present a collection of brass luminaires. “Signal” comprises three pendant luminaires and one wall light, which are all made up of different cylindrical forms. This evokes associations with the design experiments involving tubular lamps, like those of Gerrit Rietvelt and the Bauhaus. Not an entirely surprising reference, since when asked about role models she says she admires precisely those who have worked on both large and small scales, as designers and architects. Who knows – perhaps we can expect to see some much bigger designs from the versatile Pauline Deltour in the near future. 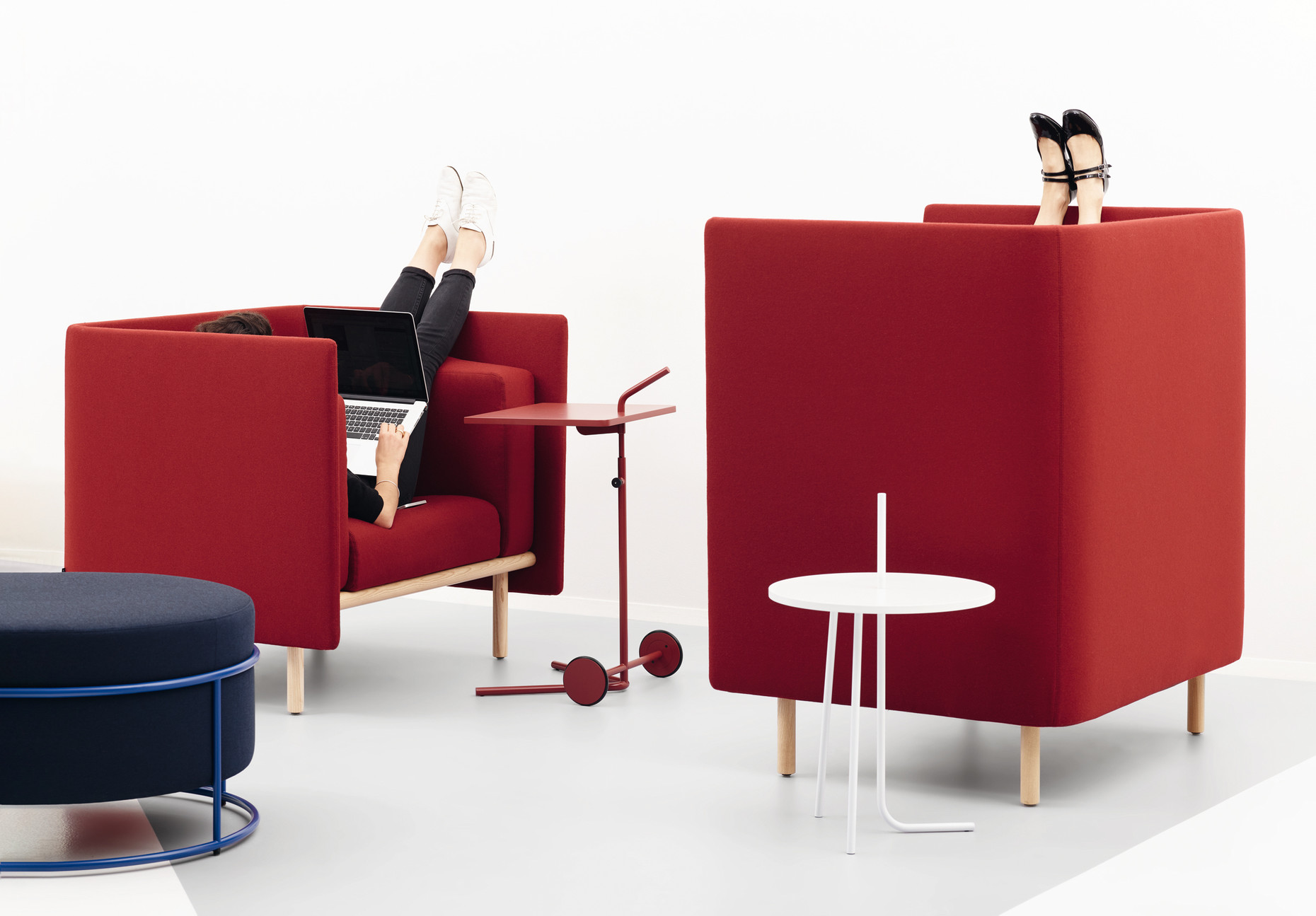 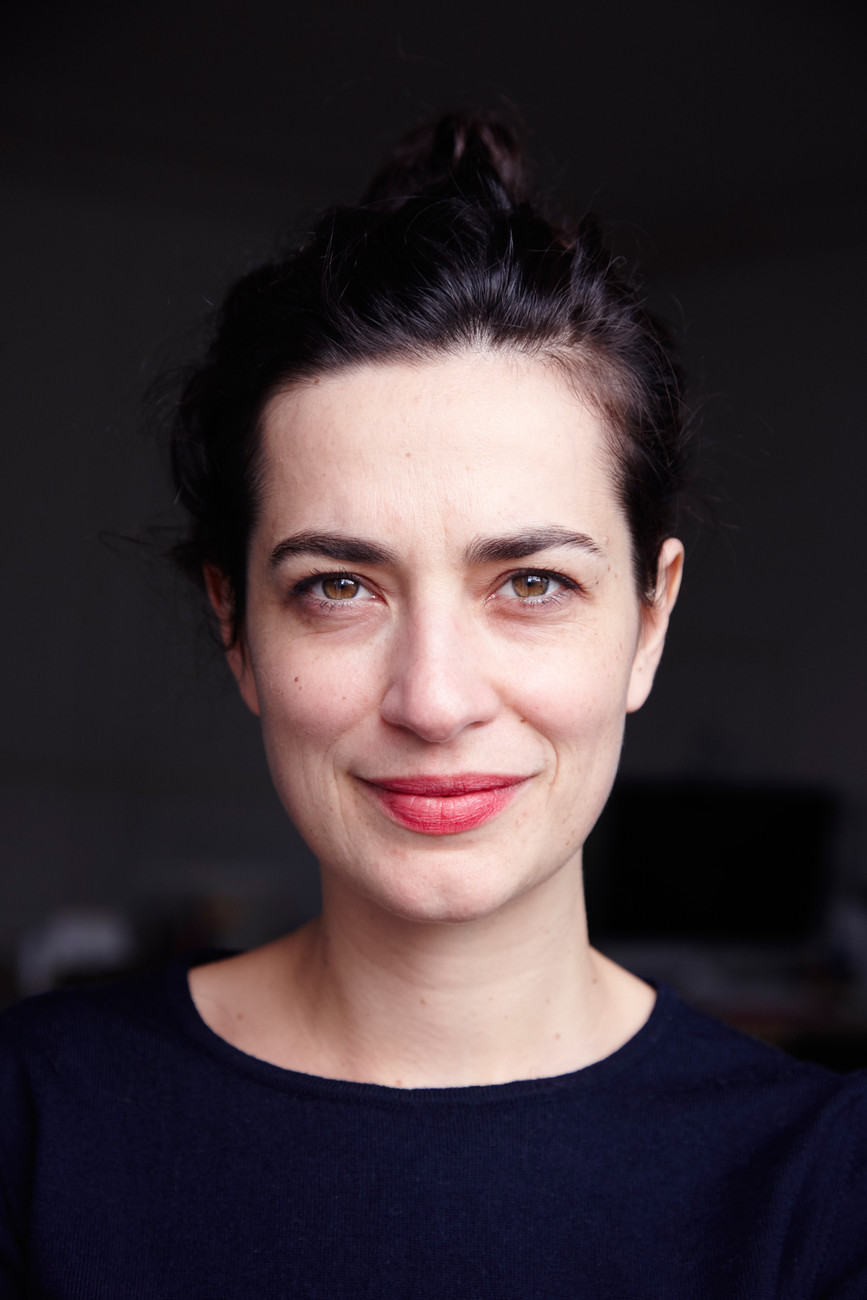 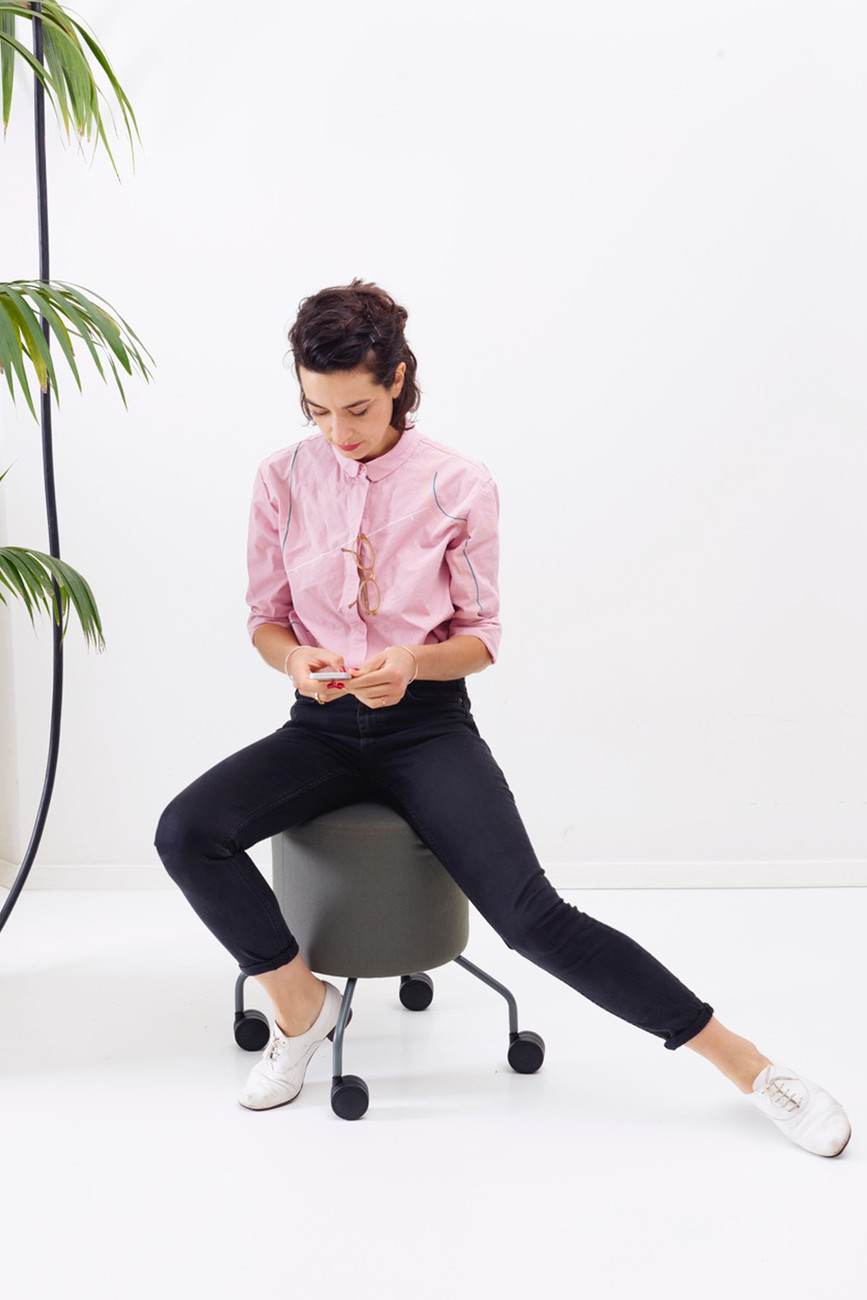 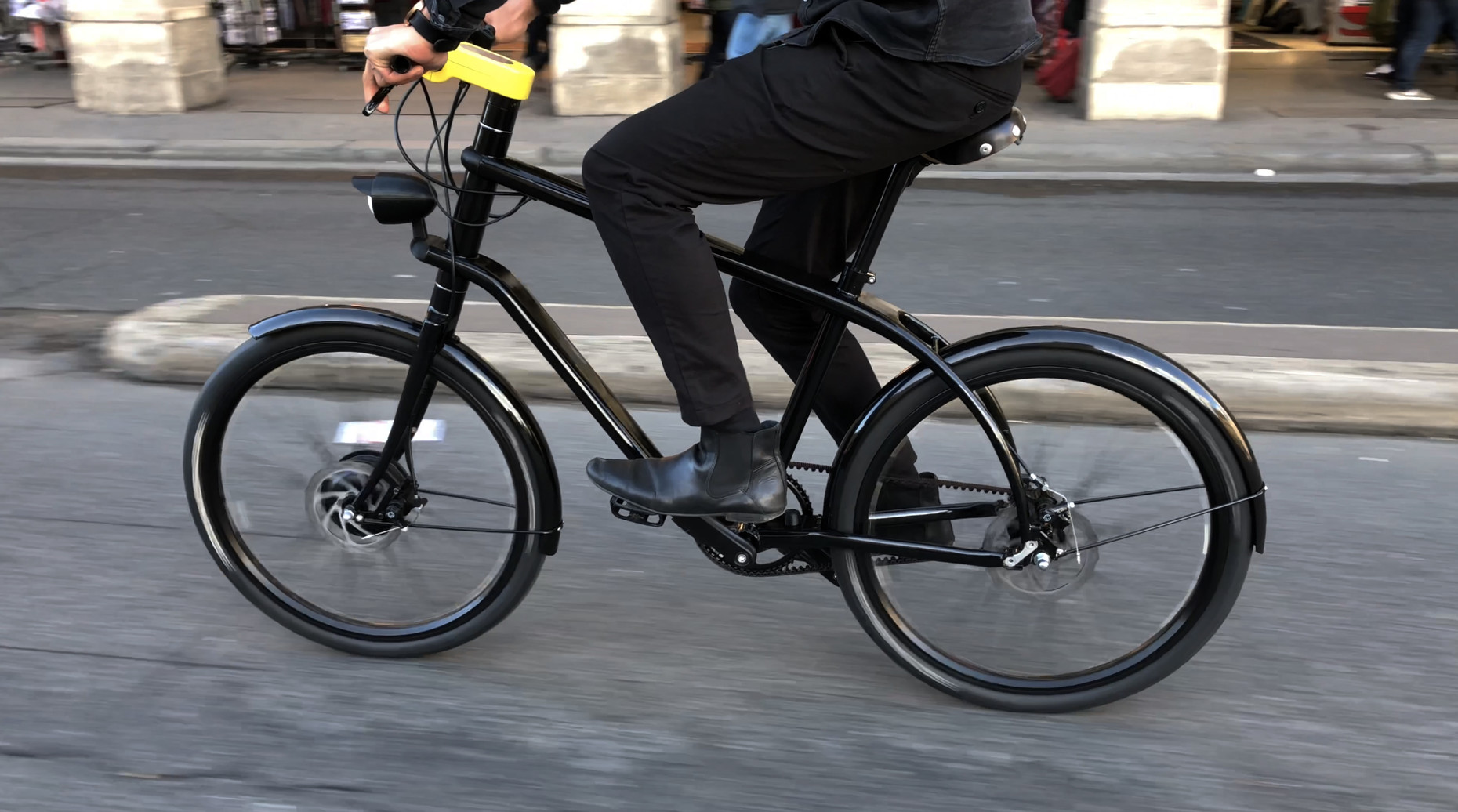 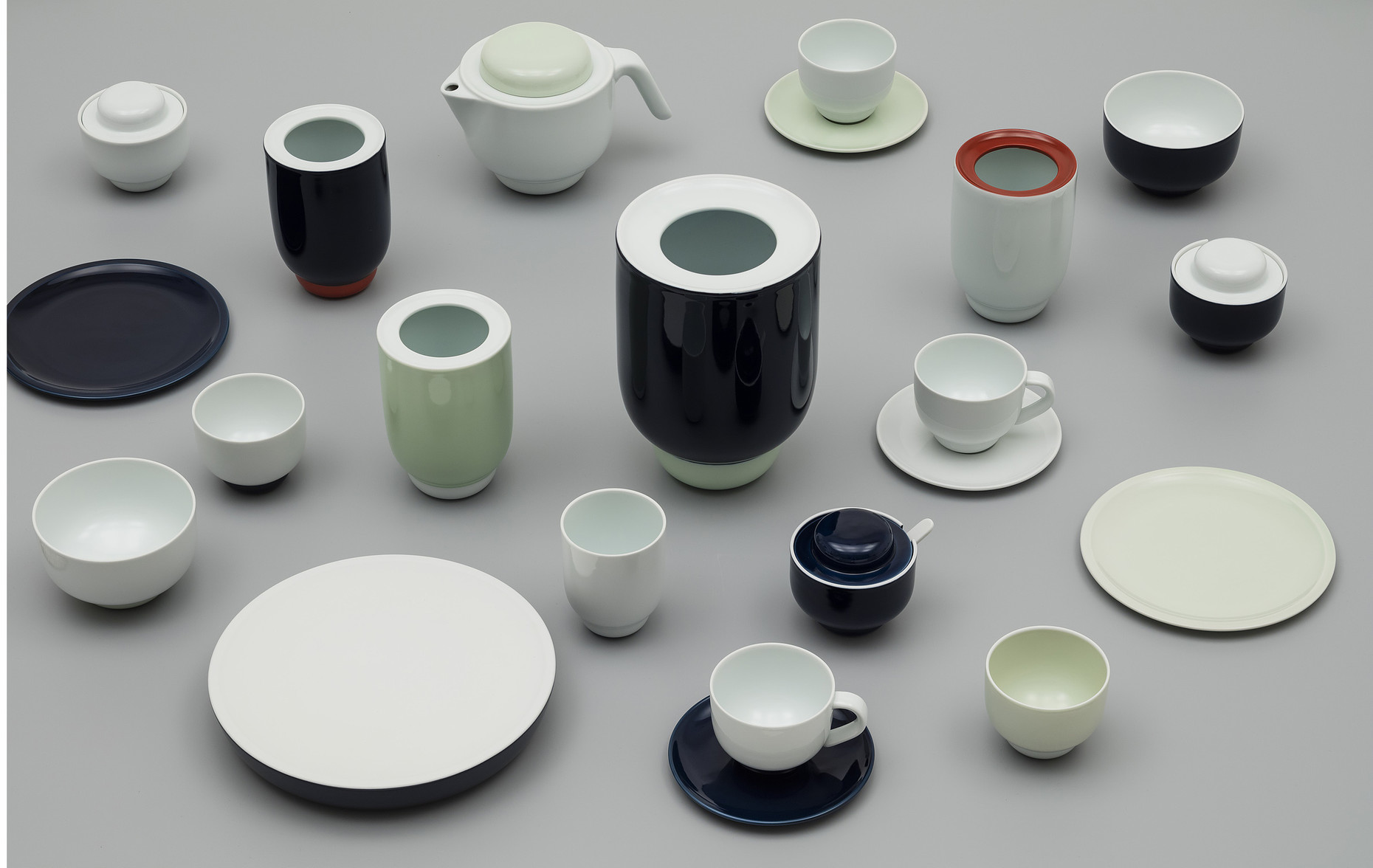 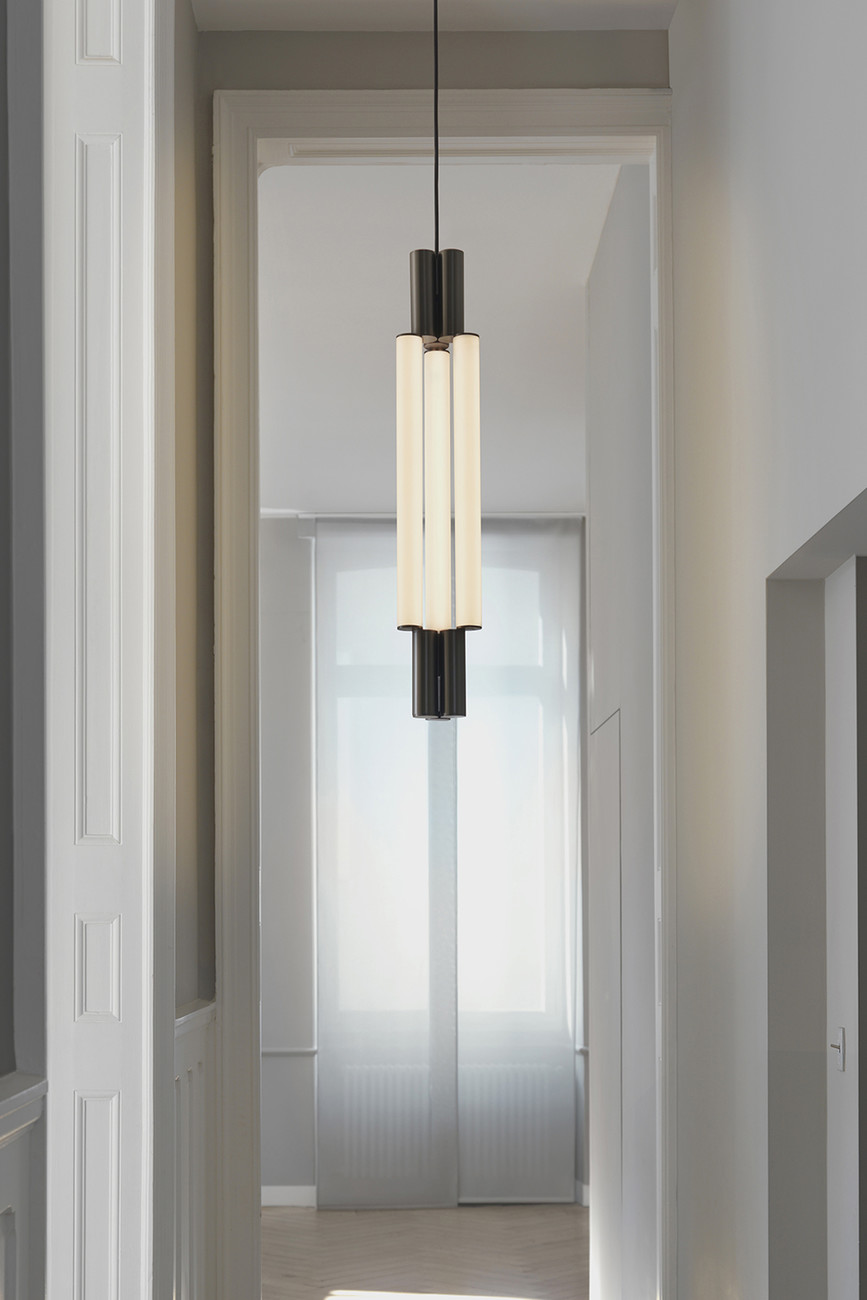 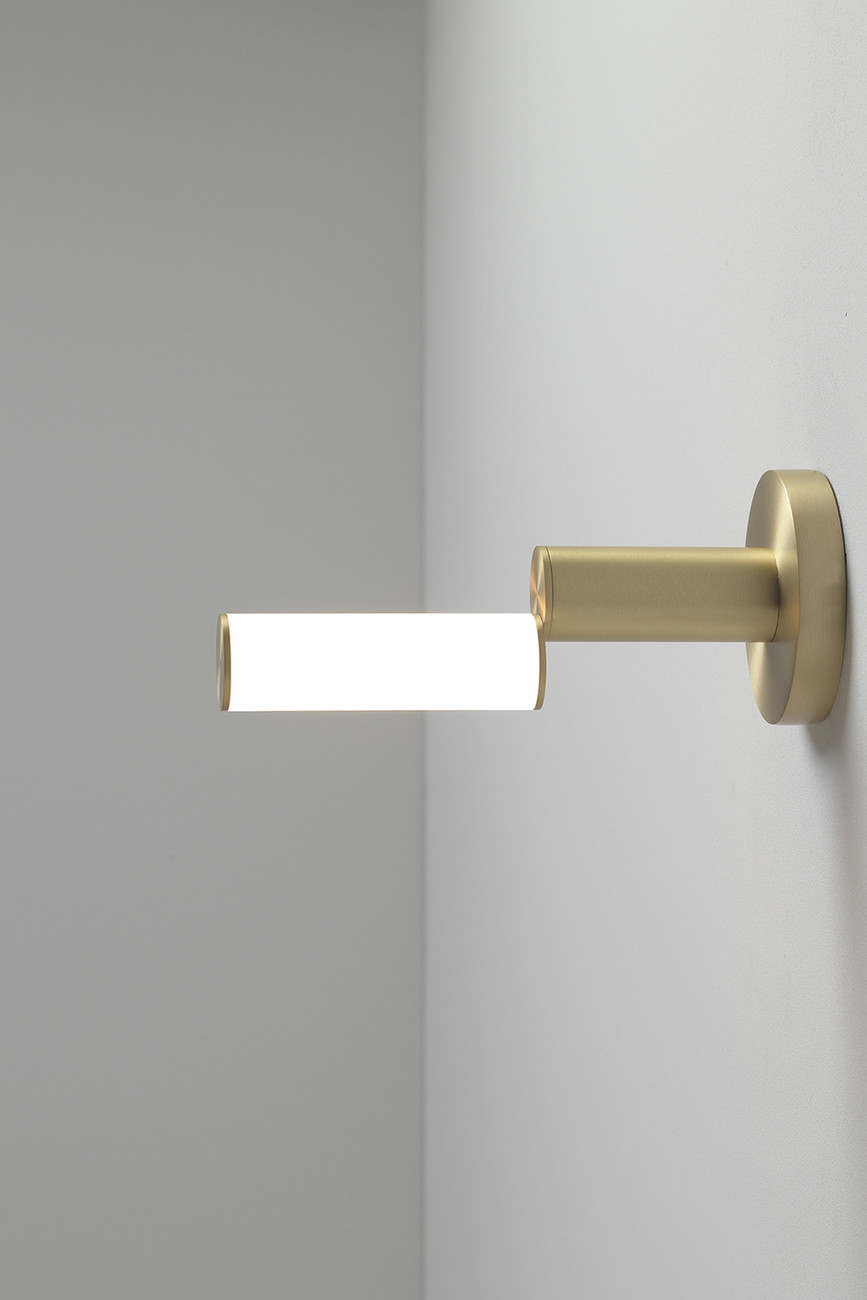 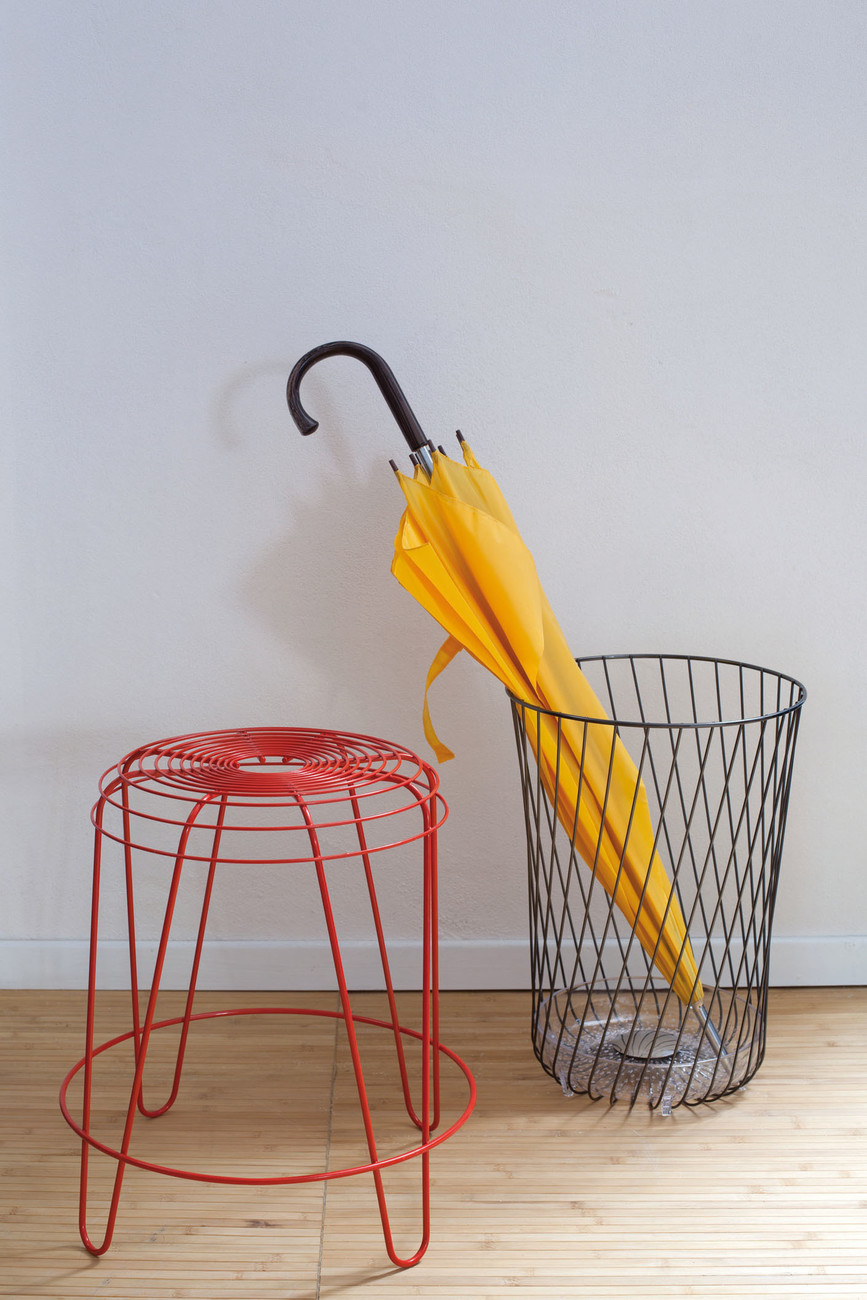 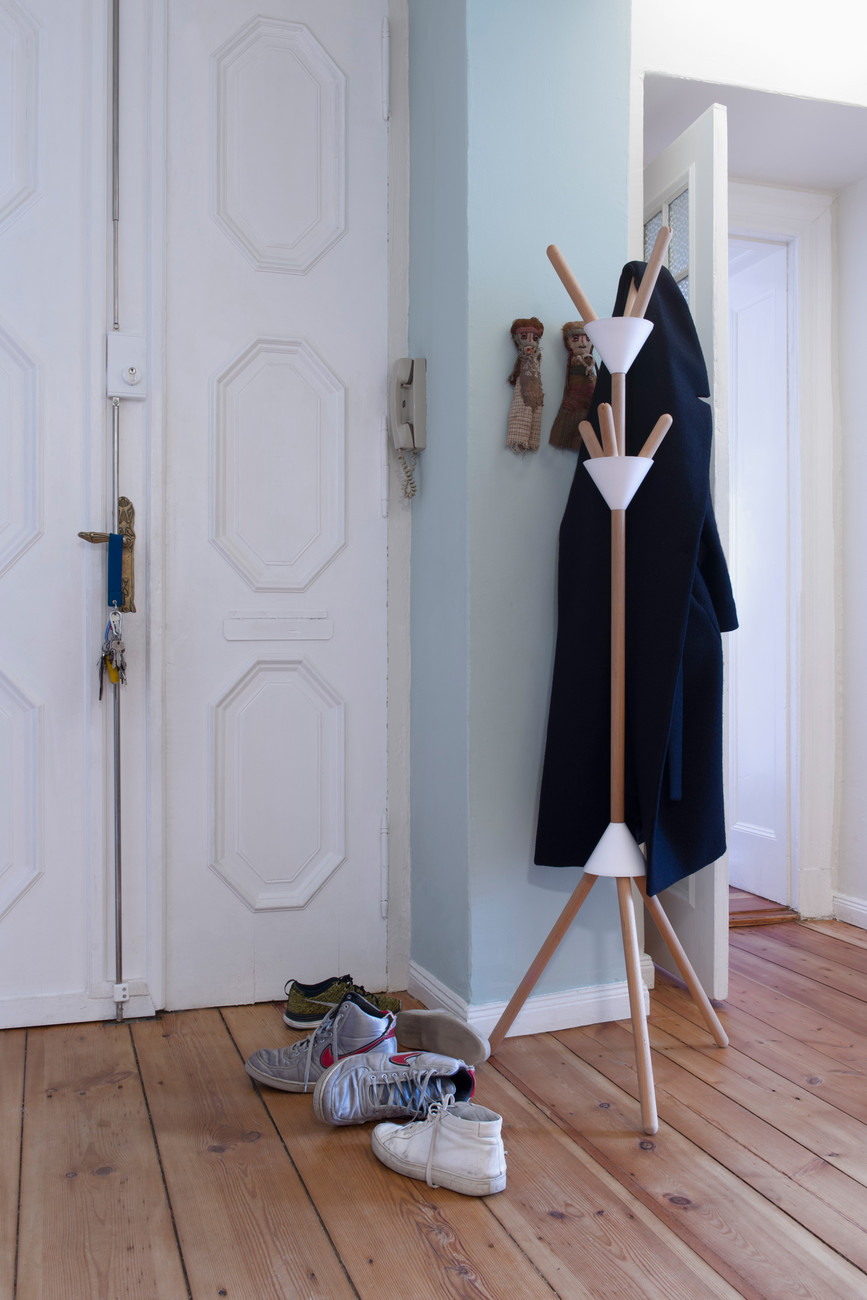 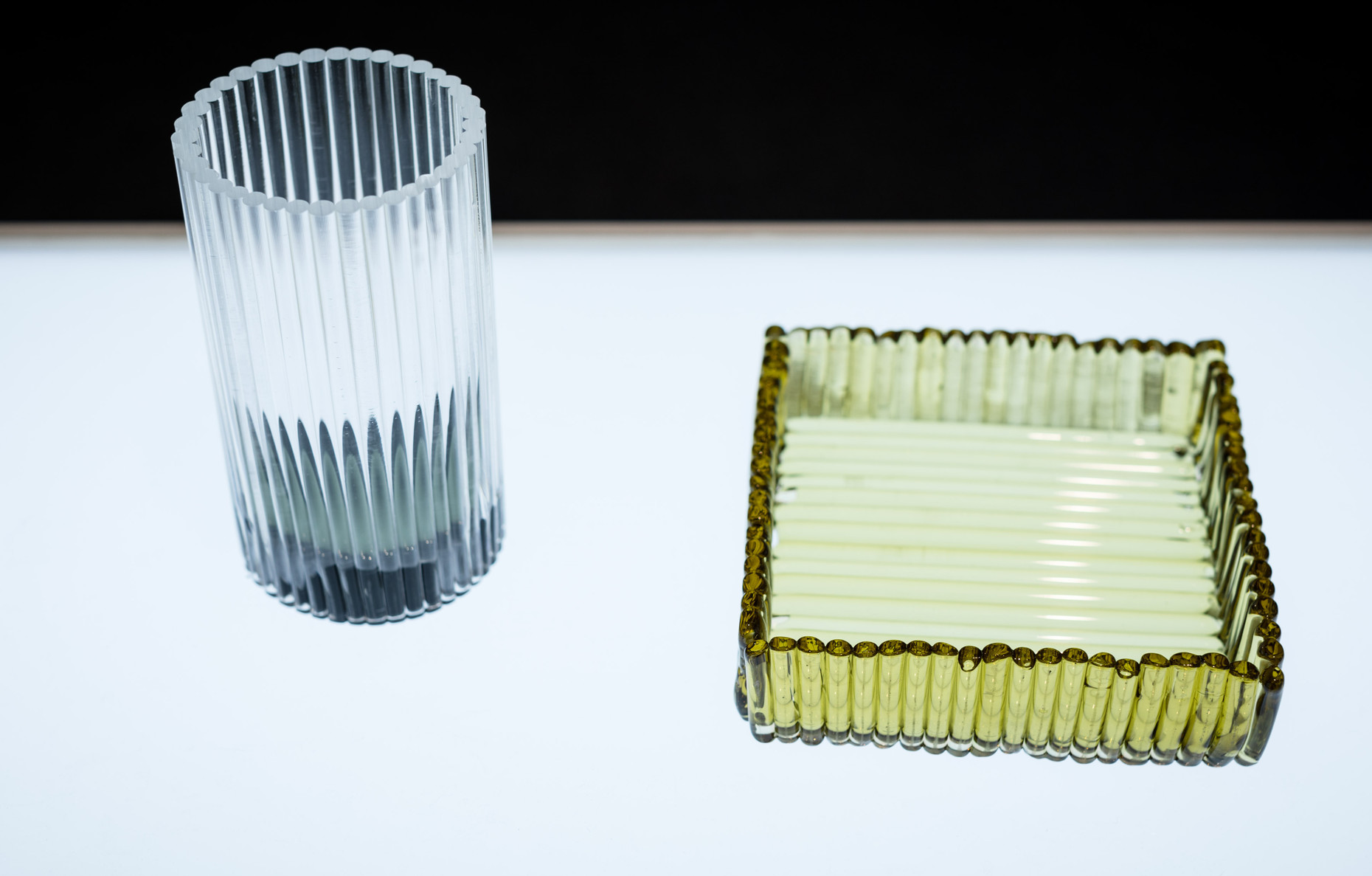 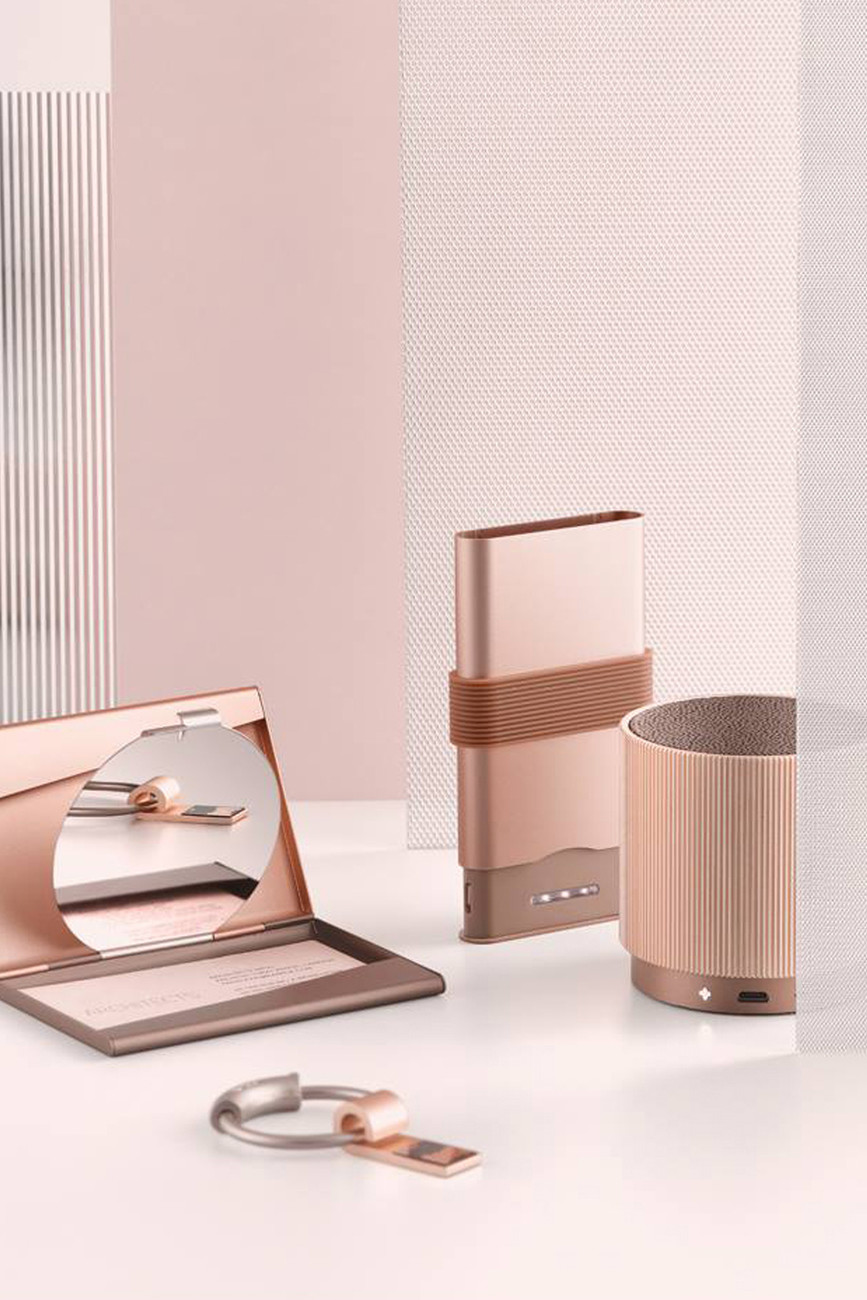 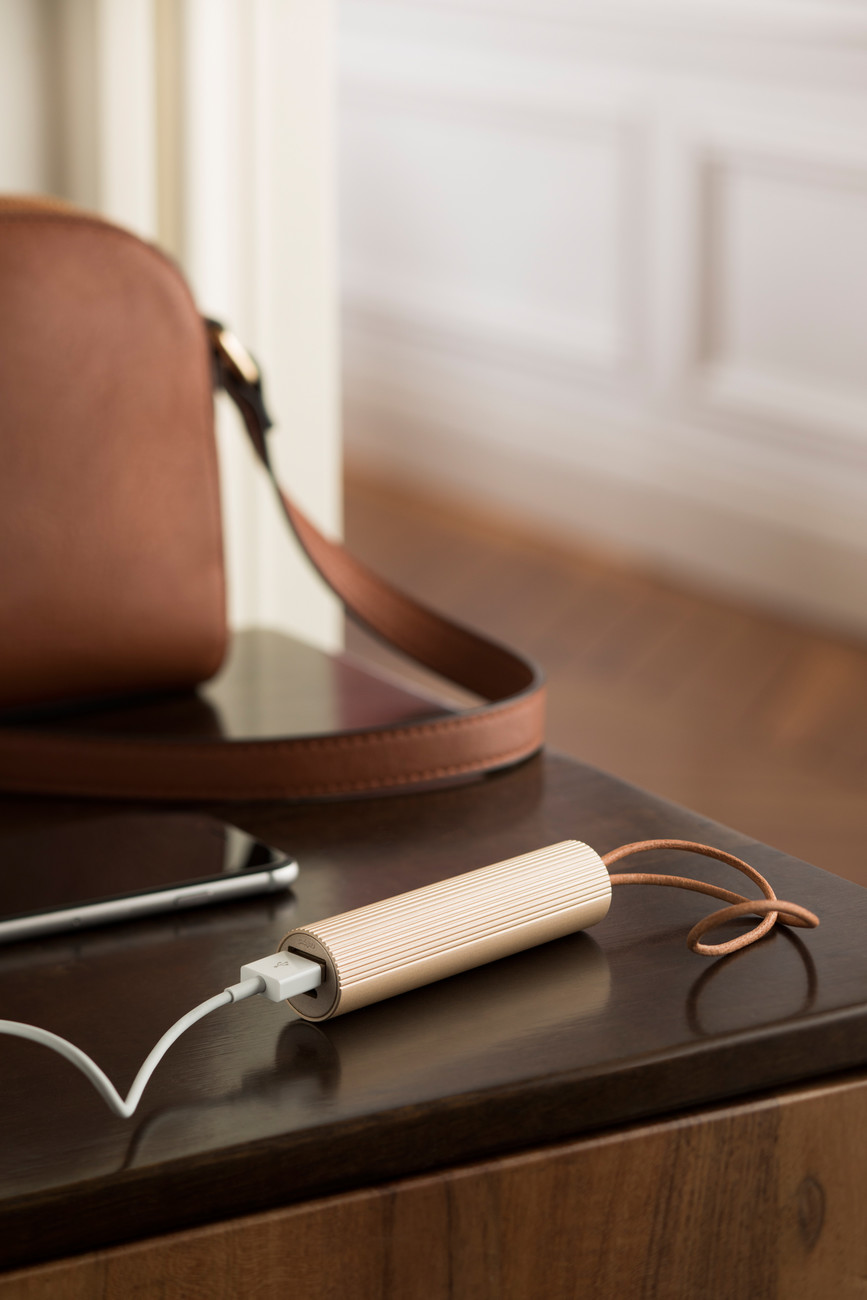 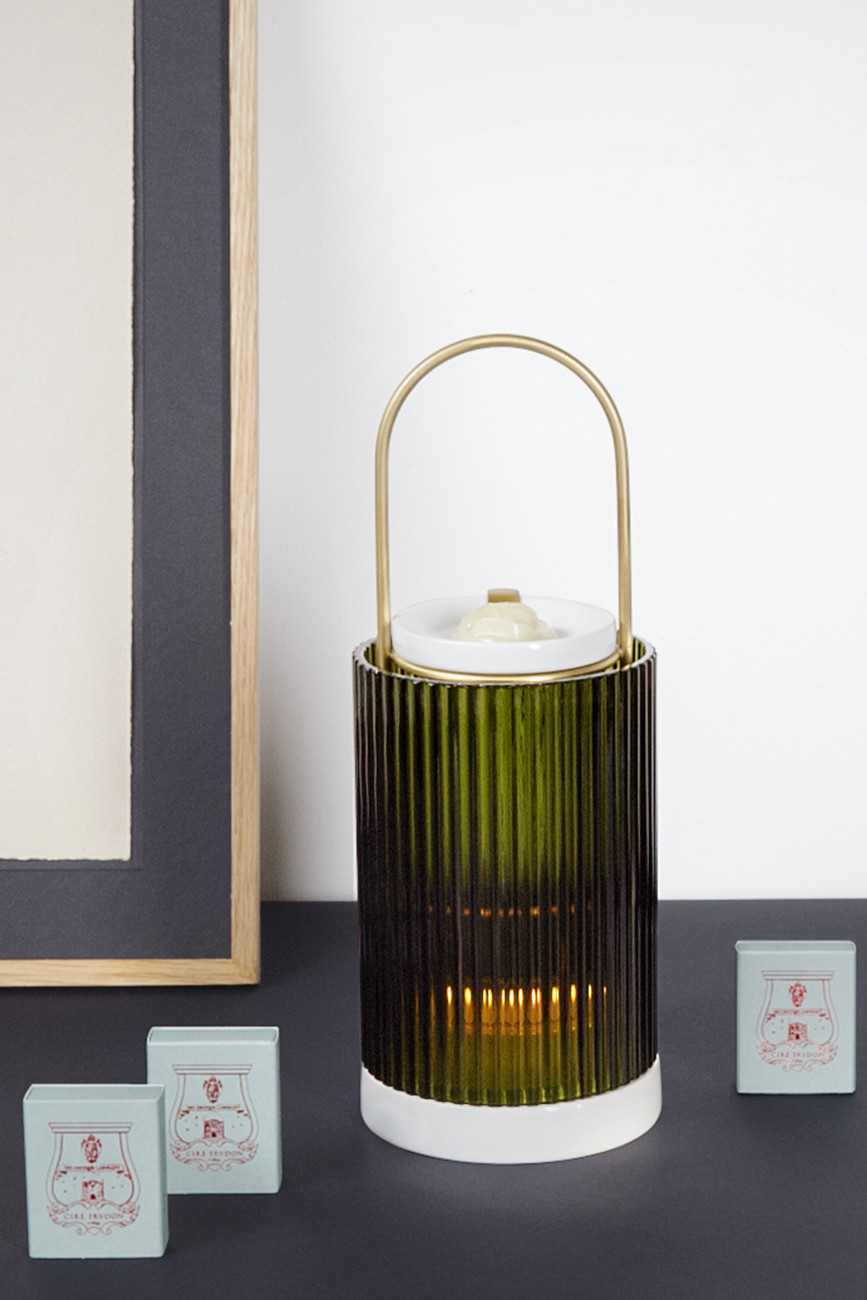 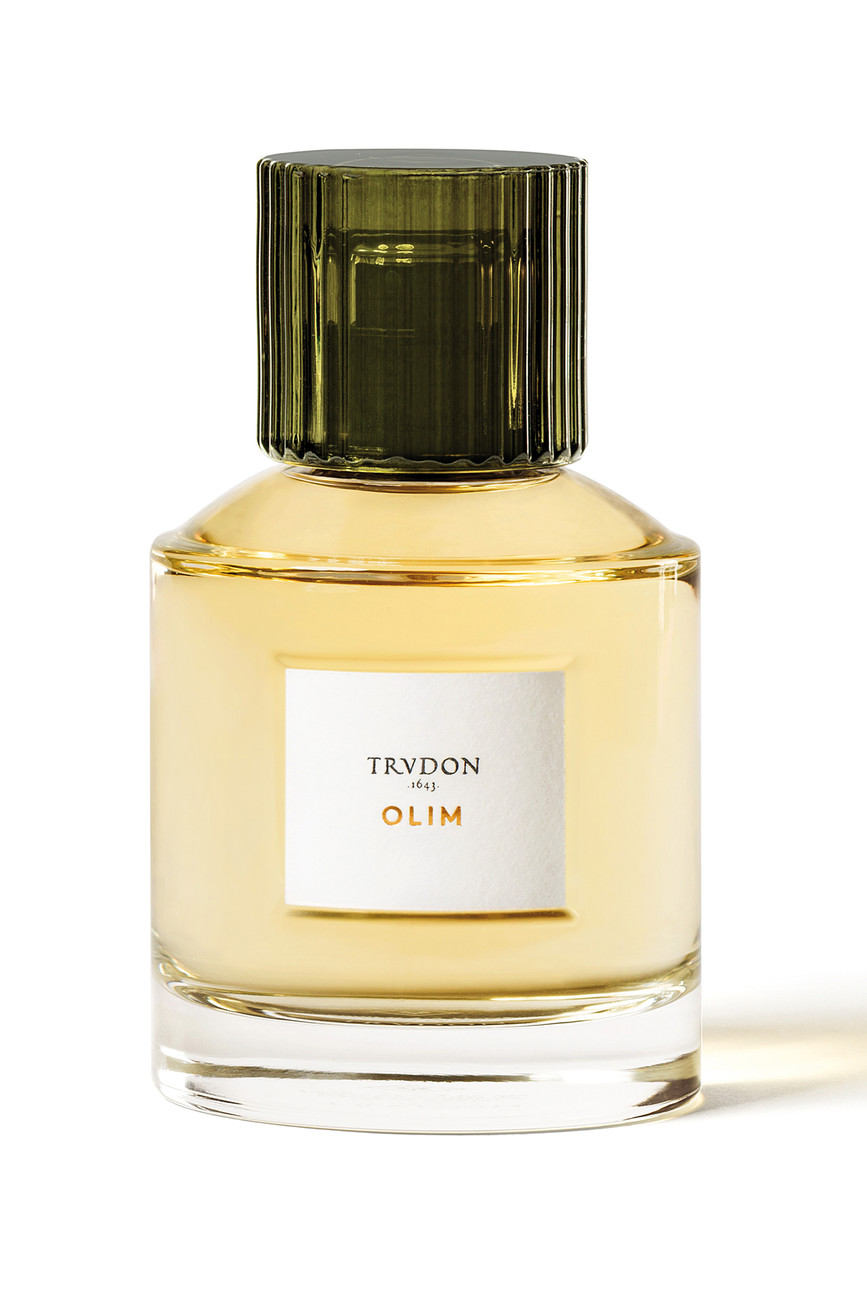 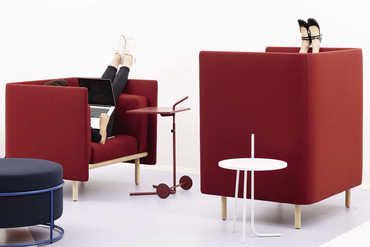 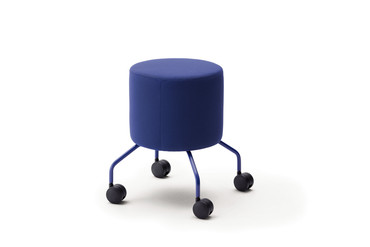 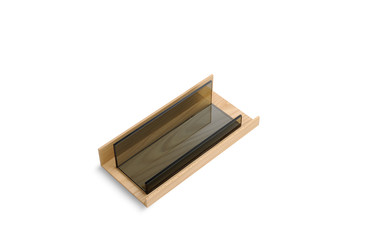 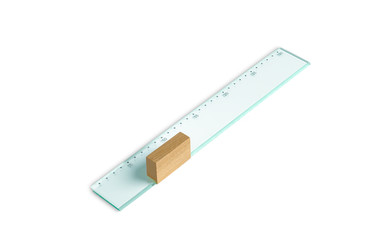 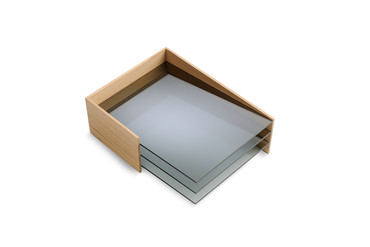 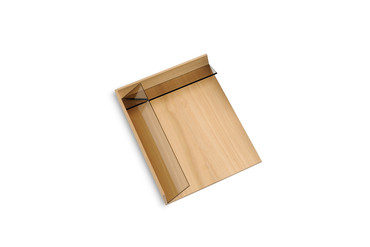 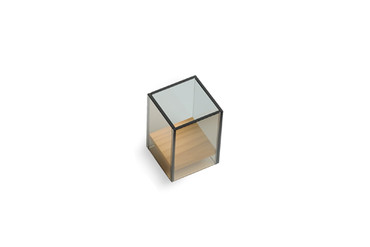 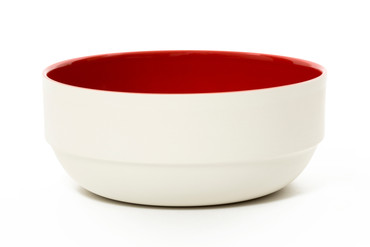 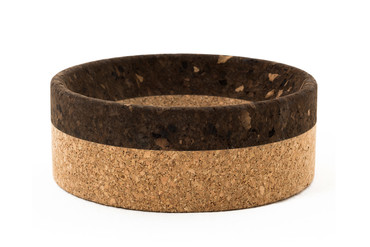 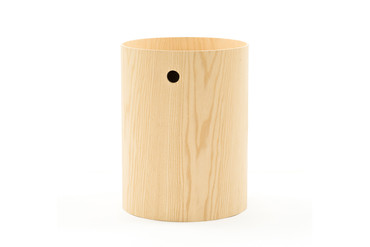 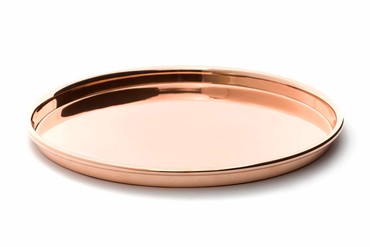 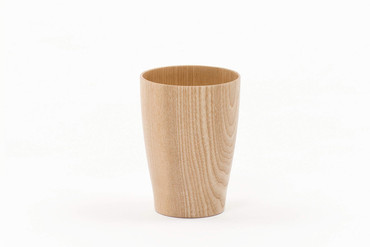