Mounted in a large frame, the “Moloch“ luminaire greets visitors to the exhibition at Vitra Design Museum. The standard lamp by Gaetano Pesce, staged perfectly using the studio’s own Dalmatian, is one of the innumerable design objects that Aldo and Marirosa Ballo have photographed. Their pictures from the heyday of Italian design narrate the duty product photographers have as chroniclers.

Everything started with an accident: Marirosa Toscani, who studied art at Milan’s Brera Academy, had to stand in for her father, who had had an accident, at his Rotofoto agency. She started working in photo journalism and fired the enthusiasm of her boyfriend, Sicilian architecture student Aldo Ballo for the medium. In 1953, the two opened their own photo studio, married, and henceforth wrote design history. In unparalleled fashion, their pictures accompanied the ascent of Italian design.

From the studio’s immense collection (it closed down in 1994 after Aldo Ballo’s death), curator Mathias Schwartz-Clauss has together with Marirosa Toscani Ballo selected around 300 images, from a total of some 146,000. The studio, which at one point had more than 30 staff members, worked for renowned companies and designers. The client list included all those who shaped the Italian design of the era: manufacturers such as Olivetti, Eni, Pirelli, Brionvega, and later Oluce, Kartell, Artemide, Arflex and Gufram. Not to mention personalities such as Alessandro Mendini, Richard Sapper and Marco Zanuso, Ettore Sottsass, Enzo Mari, the Castiglionis, Gae Aulenti, Cini Boeri, Mario Botta and Philippe Starck, to name but a few. Then there was Gruppo Strum, Studio Alchimia, Memphis and Superstudio. Everyone who was anyone had their designs duly portrayed by Studio Ballo.

The Ballos’ work benefited from the fact that in Italy design evolved without some ideological superstructure, such as the Bauhaus or the HfG Ulm. It simply arose in the companies and small workshops that in the wake of World War II sought to penetrate the world market. The firm focus: design, realize, sell. Making the countless magazines which the designers and architects founded and managed all the more important. Then there were prizes such as the “Compasso d’Oro”, established in 1954 by the “La Rinascente” department store. And from 1961 onwards there was Milan’s Salone Internazionale del Mobile. Like the manufacturers, the middlemen needed cover-page photos, images and ad photos if they were to be able to present the new products.

It was in the 1950s that the Ballos developed their matter-of-fact formal vocabulary, whereby collaboration with Swiss graphic designer Max Huber played a strong part. He insisted on direct, fresh images that were not touched up. The maxim: show what is! The product photos were largely shot in the studio. In order to be able to represent things appropriately, the Ballos built a light table using tracing paper on a glass door. Later they used gauze over a frame to control the light. Aldo took the photos, Marirosa did the staging. The shots were controlled carefully down to the minute details, and were taken in black and white and in color. The equipment as of 1963 was a Sinar plate camera for studio work and a Rolleiflex for the occasional outdoor shoot.

The two remained faithful to the notion of objective product photography, even after Radical Design and Antidesign started to overturn the certainties of good and beautiful design. Studio Ballo continued to portray products that promised to be business successes. Rare are the images such as that of 1971 entitled “If you go to the moon, what will you bring with you?“ that show design objects in a staged scene from Michelangelo Antonioni’s 1970 film “Zabriskie Point”: In a sandy desert, the “Toio” standing lamp by Achille and Pier Giacomo Castiglioni joins up with a Thonet armchair, Campbell’s soup cans, Mao’s little red book, a portable Brionvega radio and an electronic calculator and printer.

In the 1980s, the Ballos staged things more. The objects portrayed step off some central plinth, central perspective is abandoned, and the light becomes more dramatic: The objects now take to the floor as if they were on a stage. But always Aldo Ballo took his cue from the object itself and the kind of image it called for.

So what can photos of design objects achieve? Are they meant to document something or to stage it? Explain, criticize or advertise? Studio Ballo resolved to play the part of chronicler and explicitly sided with the manufacturer and designer: The intention was to show things the way the designed intended them to be. How they took their place in everyday life, aged or performed tasks beyond their ambit was something that did not interest the Ballos.

It is very tempting to turn an exhibition of their oeuvre into a catwalk for Italian furniture design. And Mathias Schwartz-Claus succumbs to the temptation. The show at Weil am Rhein thus offers countless possible comparisons between the objects and the images. So many in fact that the images often take a backseat to the objects. But without them, we can presume, the one or other item would simply have long since been forgotten.

Zoom. Italian Design and the Photography of Aldo and Marirosa Ballo
From March 26 – October 3, 2011
Vitra Museum, Weil am Rhein
www.design-museum.de 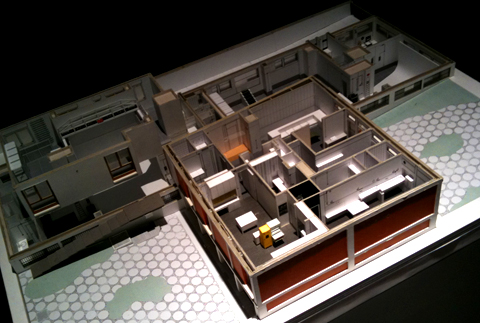 Model of Studio Ballo at Via Tristano Calco 2 in Milan. Photo: Meret Ernst 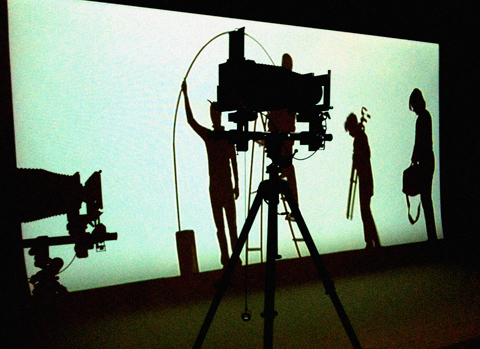 An extensive installation in the Vitra Design Museum shows exactly how a specialist monorail camera was used. Photo: Meret Ernst 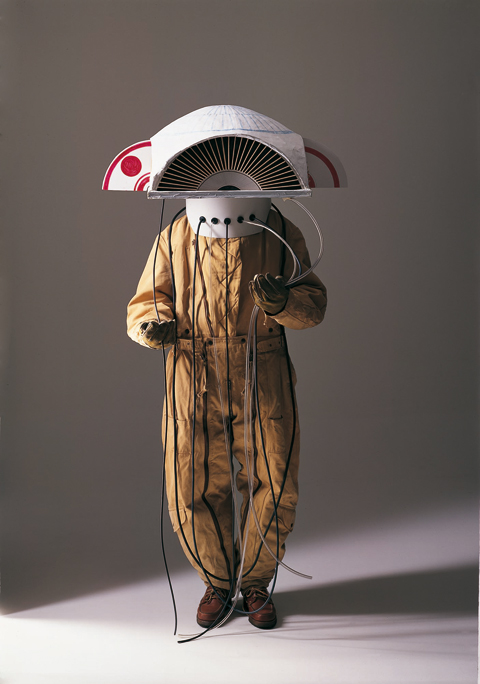 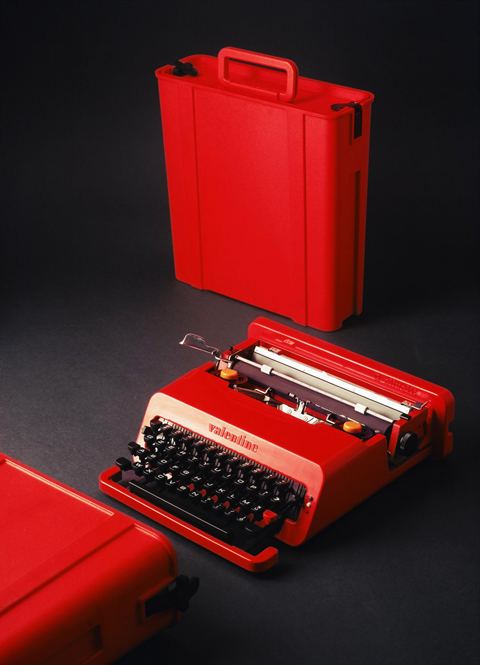 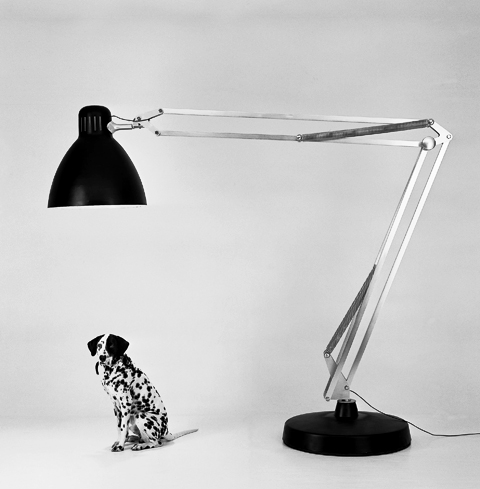 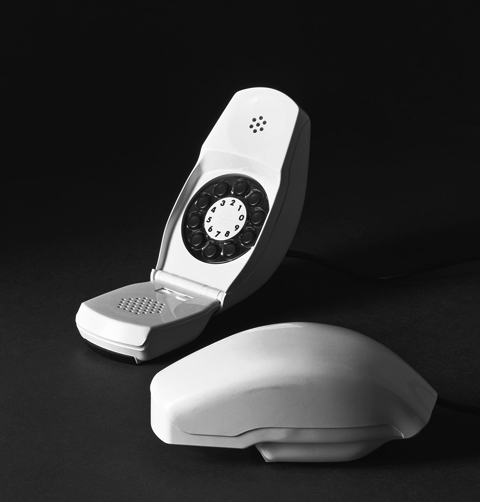 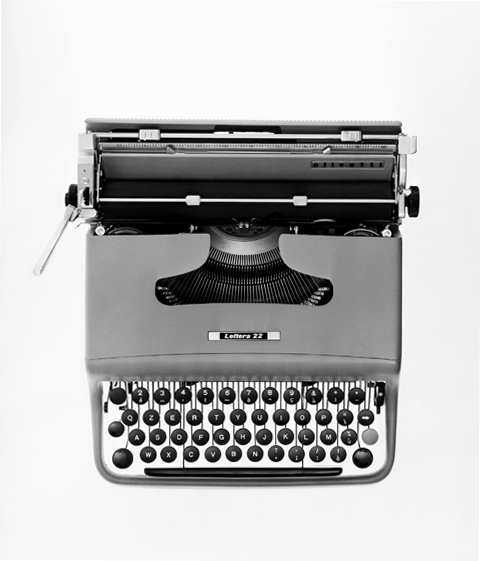 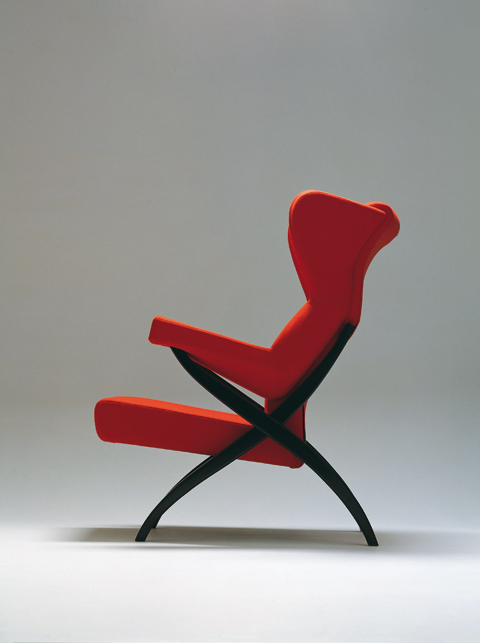 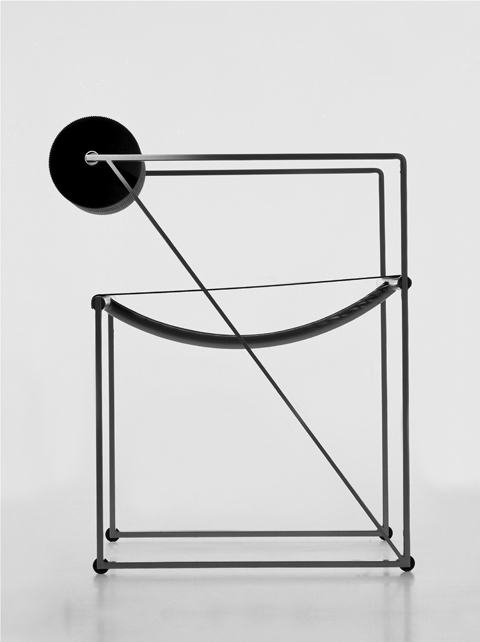 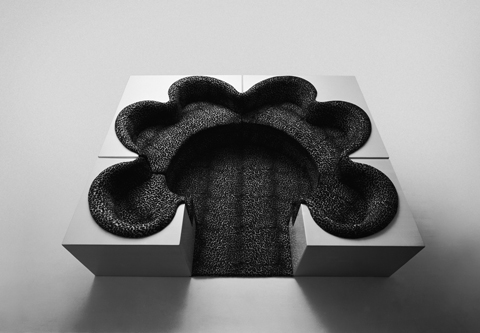 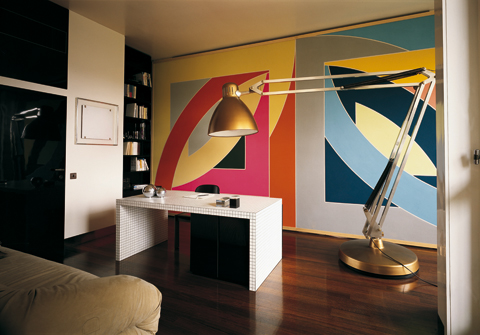 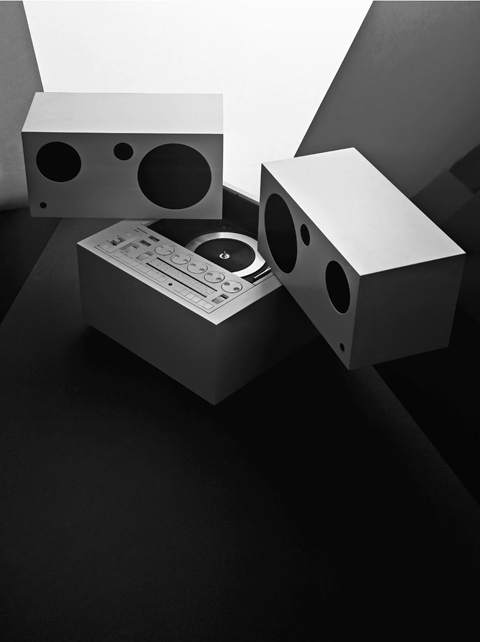 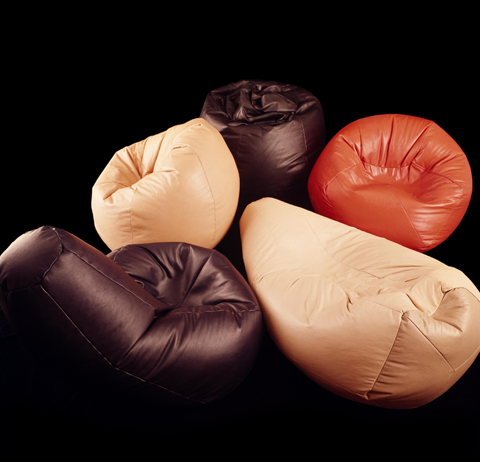 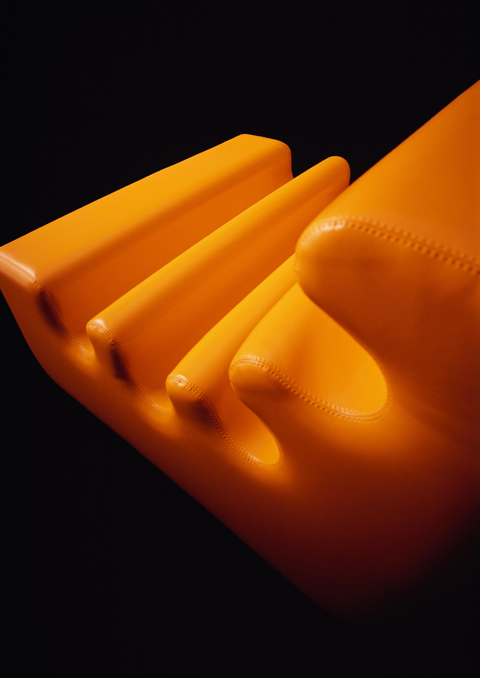 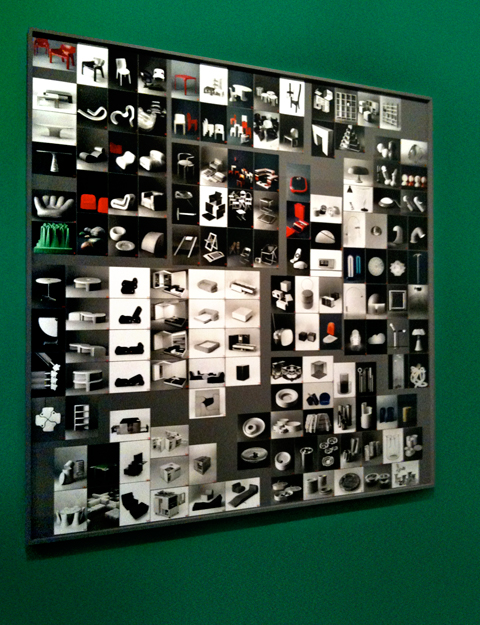 On the occasion of the major show on “The New Domestic Landscape” at the New York Museum of Modern Art in 1972, Studio Ballo photographed all the products shown in display cases in the sculpture garden. Photo: Meret Ernst 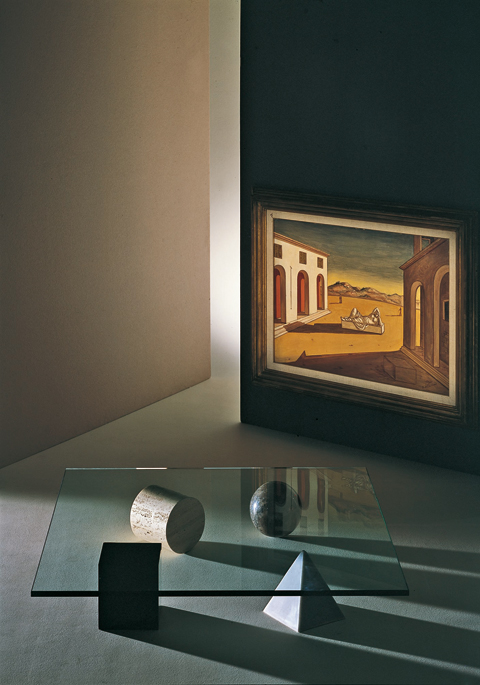 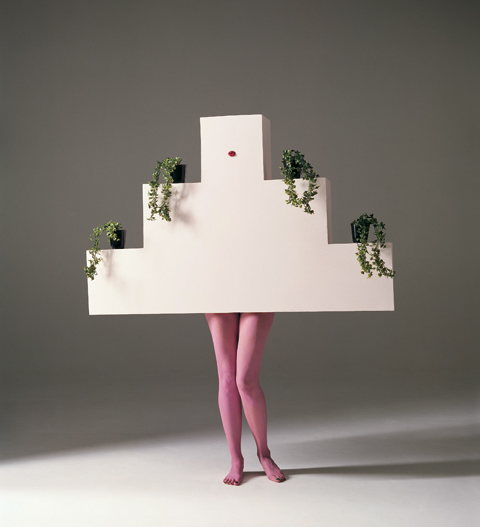 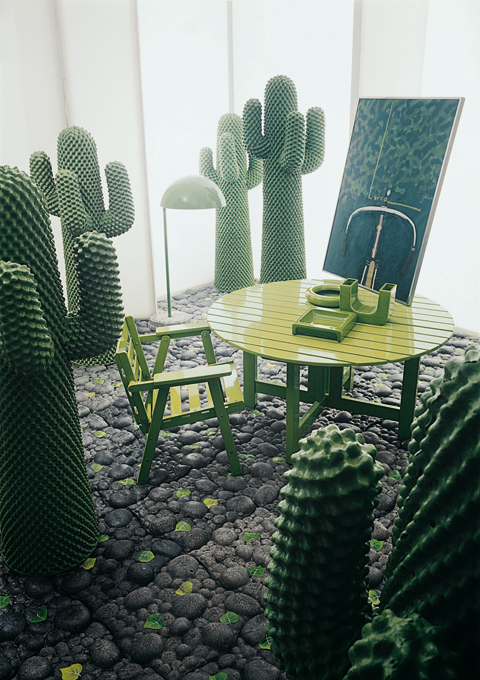 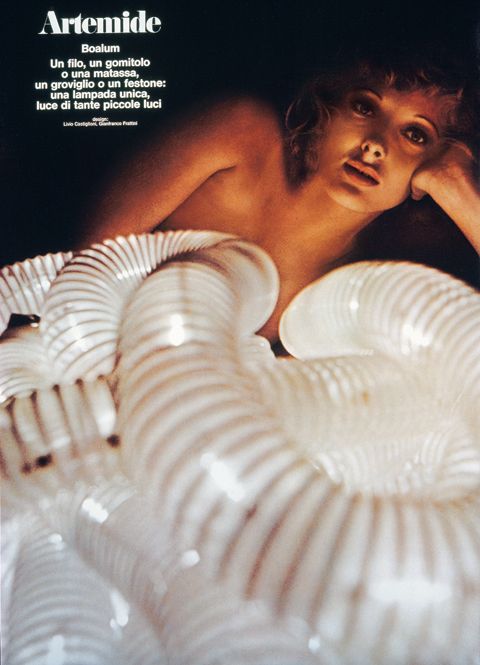 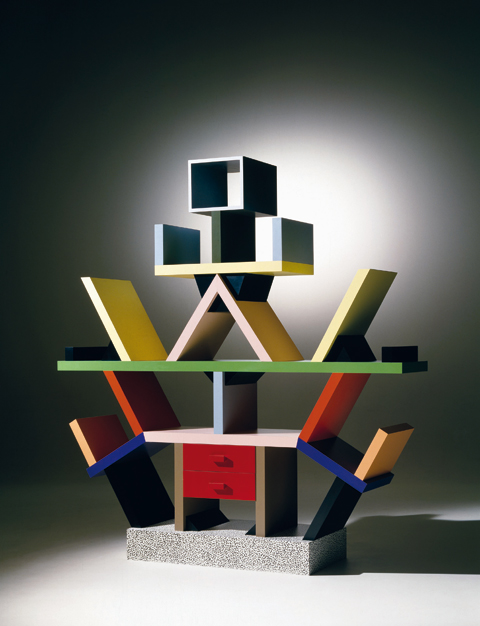 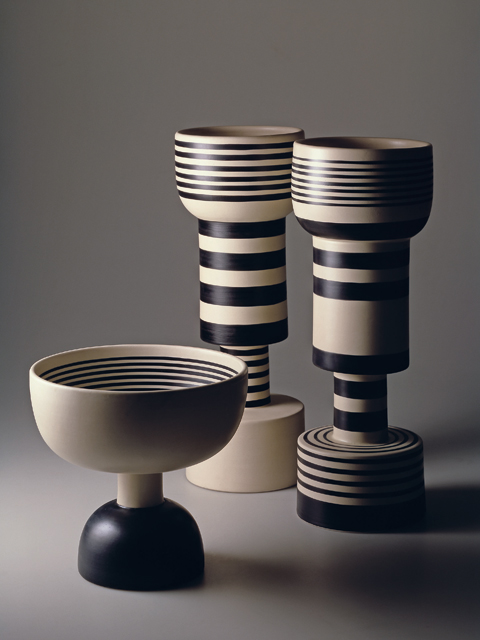 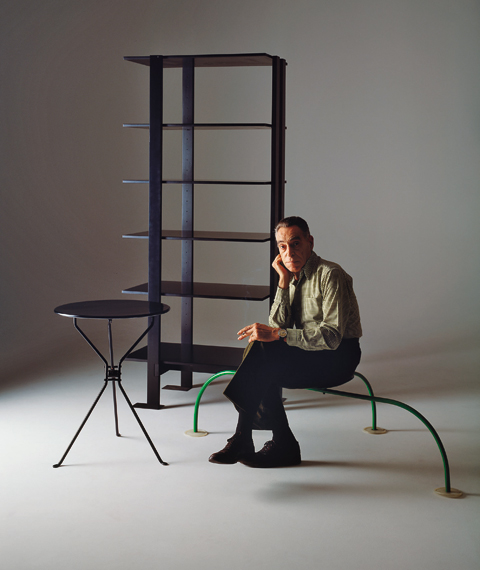 Achille Castiglioni with his chair Allunaggio, 1965 for Zanotta, his table Cumano, 1978 for Zanotta, and his bookshelf Eta, 1979 for BBB Bonacina © Aldo Ballo + Marirosa Toscani Ballo, Milano 1979 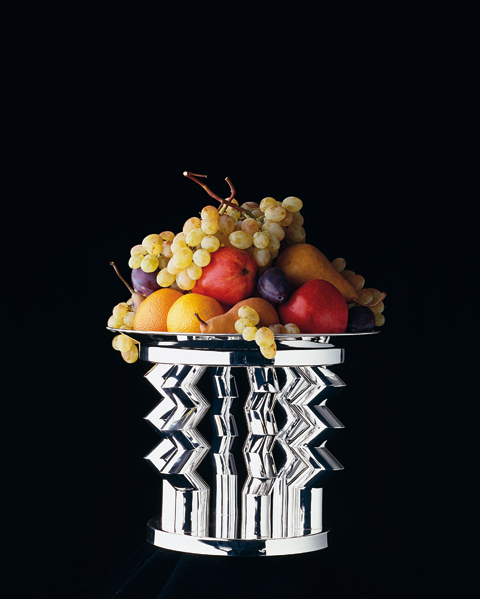 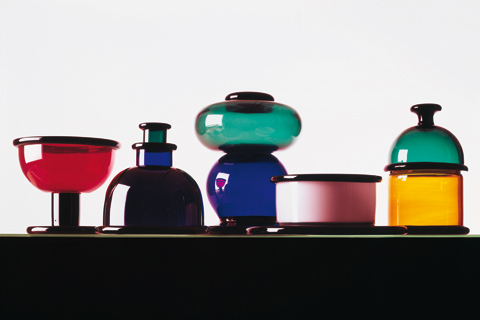 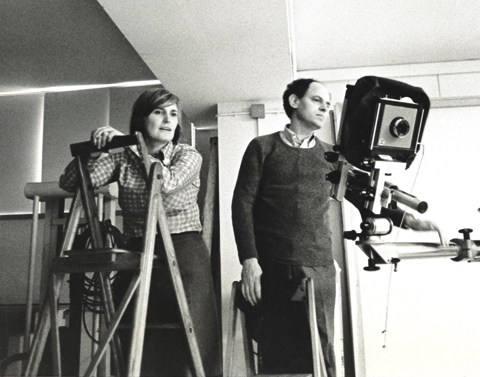 Aldo Ballo and Marirosa Toscani Ballo in their studio in Milan, 1971/72; photographer unknown 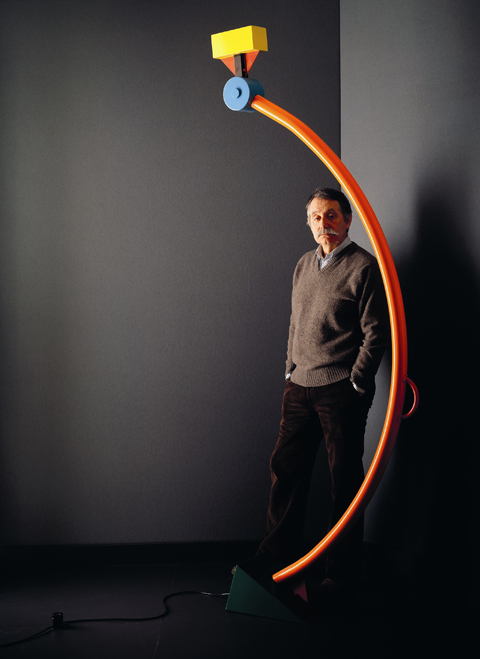 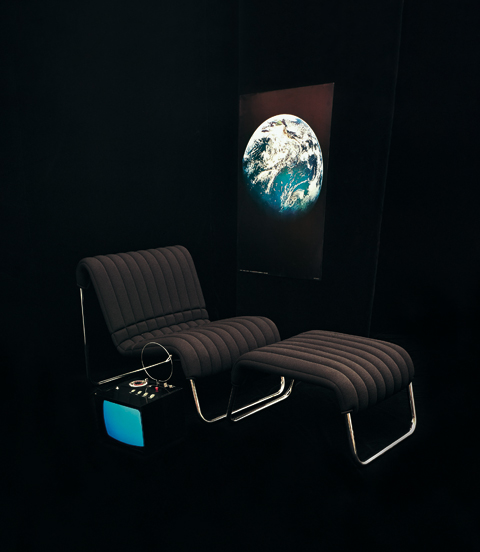 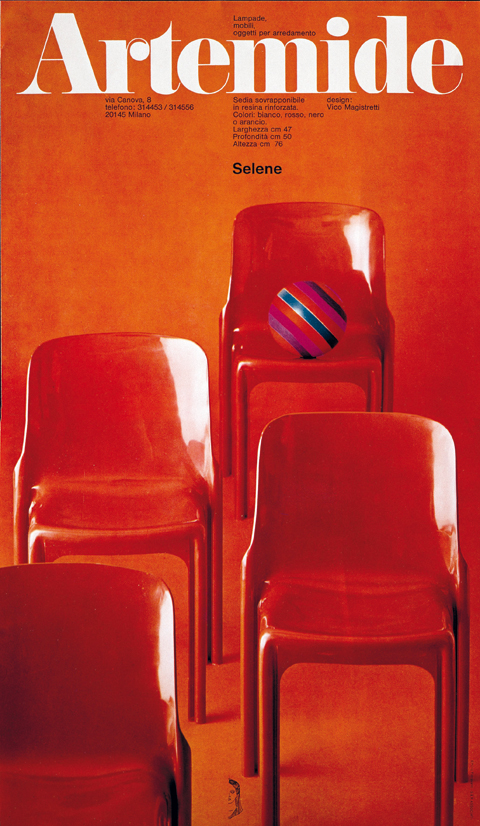 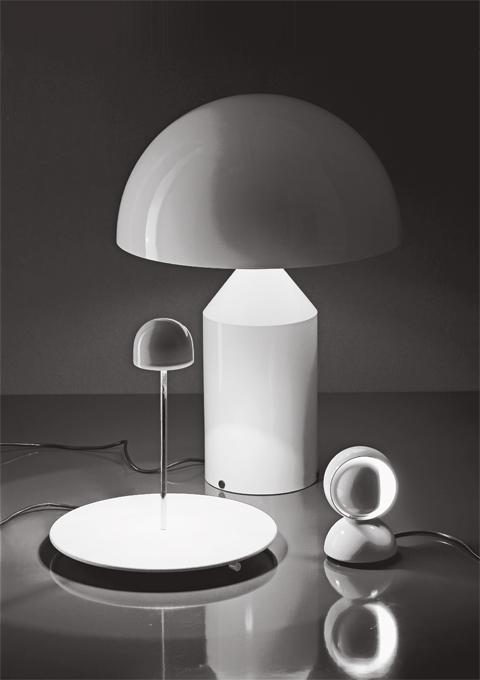