top
Periphery that feels like the very center
IN CONVERSATION: 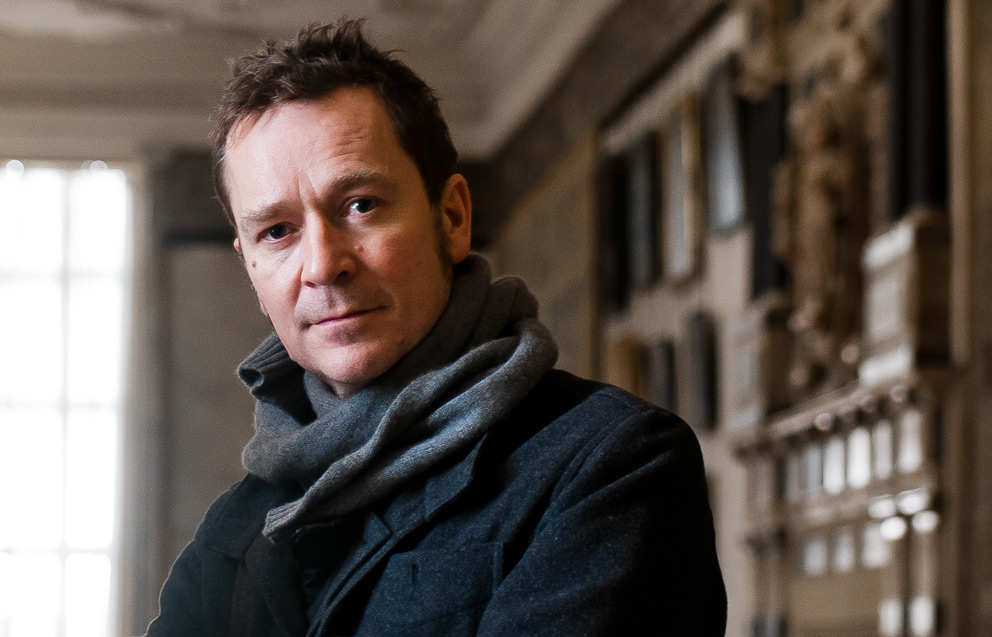 The buildings masterminded by London architects Jonathan Sergison and Stephen Bates emanate as much down-to-earth charm as the old townhouse in London’s Clerkenwell district, where they have their office. In addition to working as an architect, Bates teaches at Munich Technical University, where he co-chairs the Department of Urbanism and Housing with Bruno Krucker. Sergison Bates have received numerous awards for their building designs, including the “Worldwide Brick Award 2013” for the care home they built in the Belgian town of Huise-Zingem. Sophia Walk spoke with the British architect about the density dilemma in urban planning and how important it is to get your hands dirty from bricks.

Sophia Walk: Bricks are traditionally used in Britain for all kinds of buildings. Is this why bricks are such a striking feature of so many of your projects?

Stephen Bates: London is built on clay. We’ve been brought up with the understanding that brick is a sort of material that forms the background of the city we live in. We enjoy its connection with very basic things. Not only in that it is made of clay and it’s the size of a hand, but also the fact that it’s incredibly versatile as a building material. Interestingly, many people regard it as boring. As architects, in our early days, we drew inspiration for our work from various 1960s art movements, such as the work of Gordon Matta-Clark and Dan Graham. They explored the most boring things and transformed them. For us, brick has fantastic potential. You can see the ugliest buildings in the world built in brick without any care or meaning, but you can also find the most moving projects built in brick. 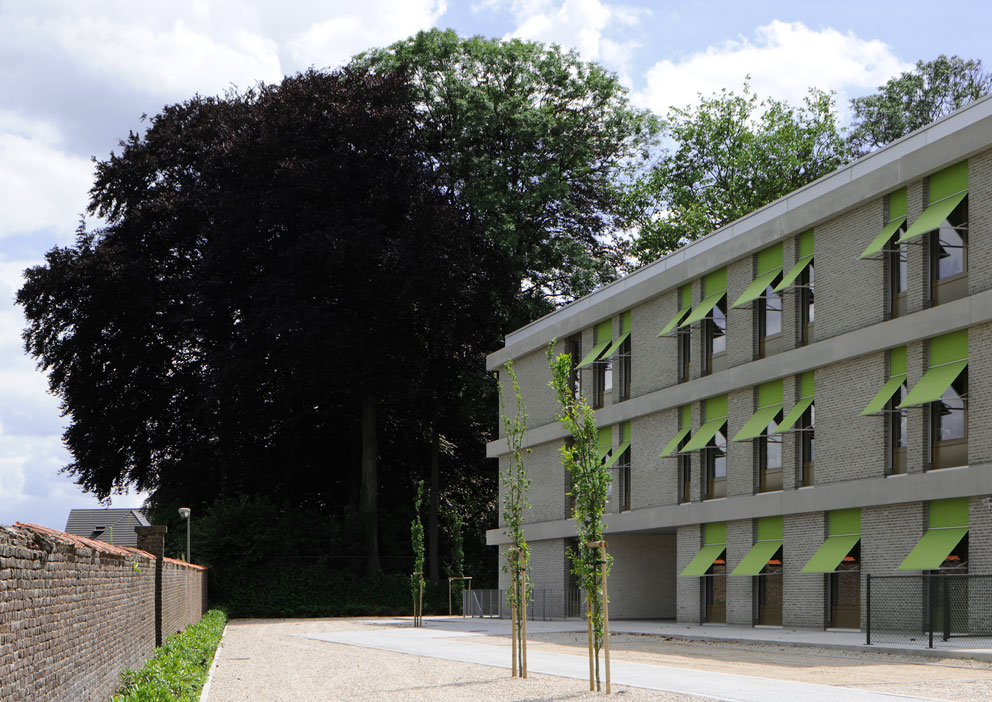 So you regard brick as a material that suits any architecture anywhere?

Stephen Bates: No, brick doesn’t transfer everywhere. Belgium for example has a very sophisticated brick culture. In Switzerland or Austria it’s rather exotic as a material and expensive to use if it’s exposed. Obviously most of Austria is built in brick, which has been plastered. I was in New York recently and I was fascinated by the fact that most of the city is indeed built in brick. Even 30-storey buildings! We find brick interesting, but we are aware that it’s a provocative material. Plus you have to use a lot of creativity to make it speak. If you hold a brick, it feels like a piece of clay. It’s a fantastic material, but you have to know how to use it. It makes dusty fingers, but building is about materials, isn’t it? 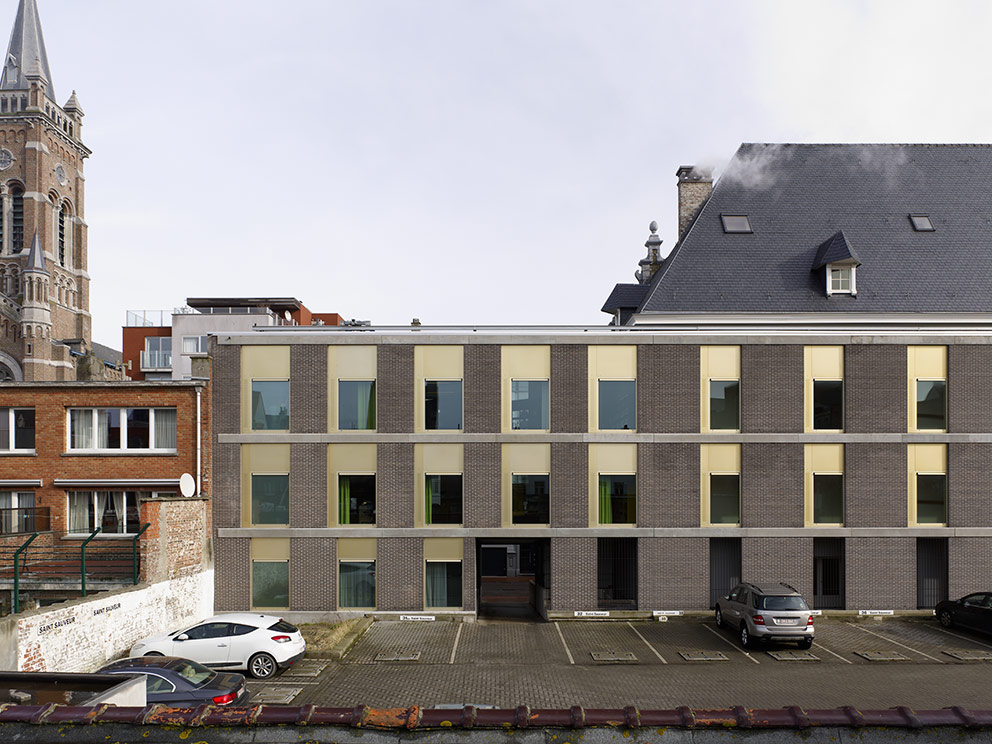 A few days ago you spoke about “the dilemma of density” in a lecture you gave in Munich. How can density be a dilemma when architects are taught to build densely?

Stephen Bates: The density dilemma is about the contradiction of being an architect and understanding that it’s our responsibility to work with density, because unless we increase density the world will not be sustainable. So, as architects, we have to engage with increasing density. We find it romantic, because the traditional European city still is intoxicating when you walk through alleyways where people can shake hands across the street. In the hotel where I stayed in Vienna, I was surrounded by windows, giving me a sense of the surrounding city. Moreover, there is a strong green, environmental agenda to this density issue. That said, the general connotations of density are that it is low cost, not nice, uncomfortable, difficult. The public perception of density is usually negative, except for those people who genuinely enjoy living cheek to cheek with others. The dilemma is that if you are sensitive to public perception, and as an architect you need to be, you are aware that it’s a negative trend. Because if I asked you to live in a really dense housing project, would you really want to? Or would you prefer an apartment where there’s plenty of space between you and your next-door-neighbor? How would you decide? So this dilemma is: how can we build densely in a comfortable, generous way? 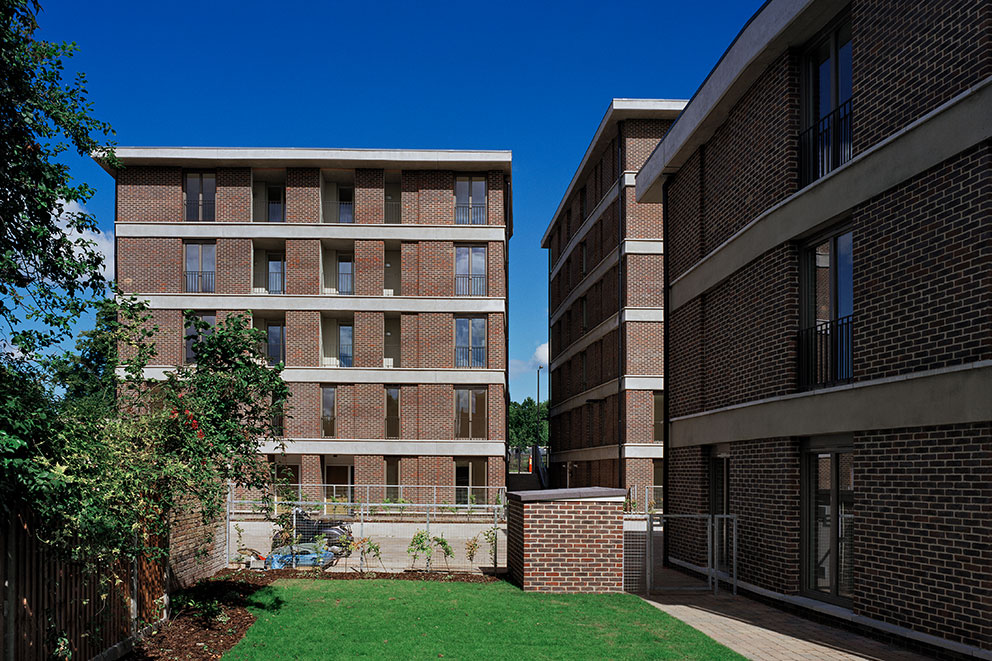 Solid and substantial: urban housing with 44 appartments at the edge of Finsbury Park in the North of London. Photo © Sergison Bates

What is your approach to this dilemma?

Stephen Bates: First of all I show that density is really about perception. People give it a number, but the fact is that this number changes from one country to another. I demonstrate through a series of projects that what looks dense by English standards is not considered dense somewhere else. My suggestion is to build a lot of volume but keep room sizes generous, which is precisely what happened in many nineteenth-century situations. In Paris or Berlin, the nineteenth-century part of the city is extraordinarily dense, yet the scale of the rooms and interiors is often far more spacious than in our contemporary “dense” developments. Another idea I wish to promote is spatial proximity. We can observe in almost every city, certainly in Europe, that with growing pressure on the city the need to provide more accommodation increases. 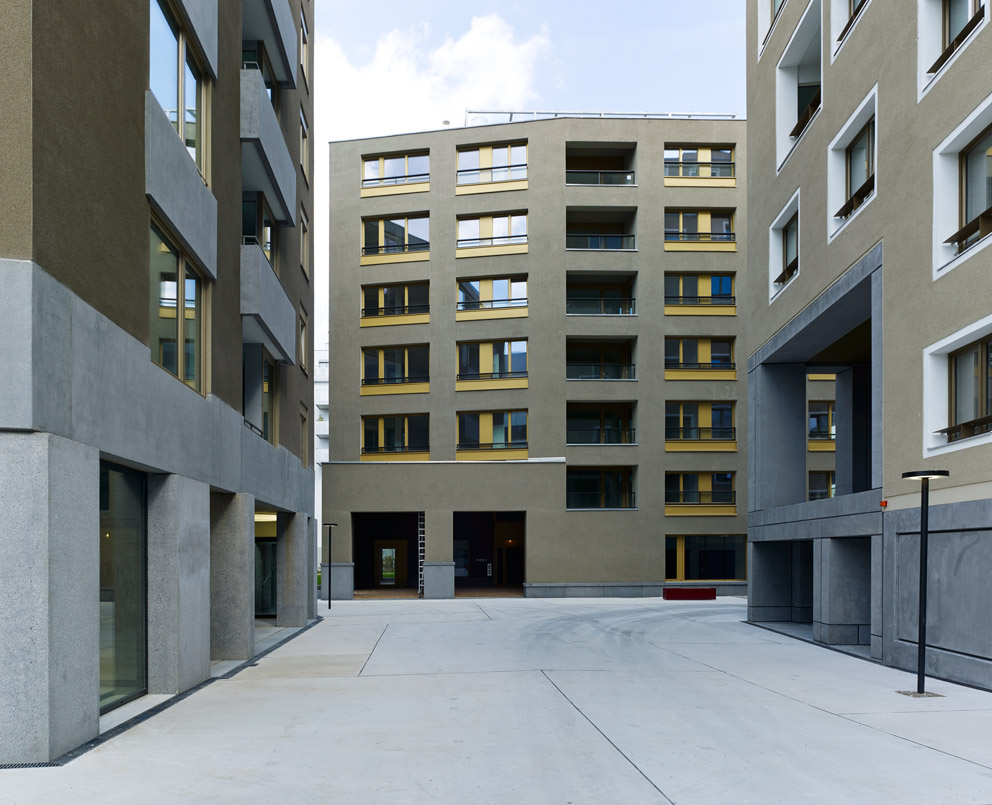 Relaxing in the space between: urban housing and community space in Vienna’s “Nordbahnhof” district with 100 appartment,s café/library as like as multipurpose communal room – in cooperation with Werner Neuwirth and von Ballmoos Krucker Architekten. Photo © Sergison Bates

Who’s to blame? The cities themselves?

Stephen Bates: A city must find new spaces to develop and they are usually situated at the periphery of the old centres, which in the last 20 years has increasingly meant targeting infrastructural land, mainly around railways. Cities have come to realize that they can get a lot of money by selling the land they own. This has been a recent trend in Vienna for example. So planners are developing land that was formerly used for infrastructure, basing their calculations on very high density figures in a move to get lots of housing – and lots of profit. The consequence is that we see extremely large buildings surrounded by vast unbuilt land; in other words, it’s almost an “empty urban” or a “suburban” urban idea. The idea of living close and living in a dense city is being lost in these large developments. Whether it’s Barcelona, Vienna or London, we are witnessing exactly the same thing: large apartment blocks built in a suburban landscape. In my paper I’m trying to promote moving away from that by asking: can we recreate the atmosphere of the city centre in these outer edges? 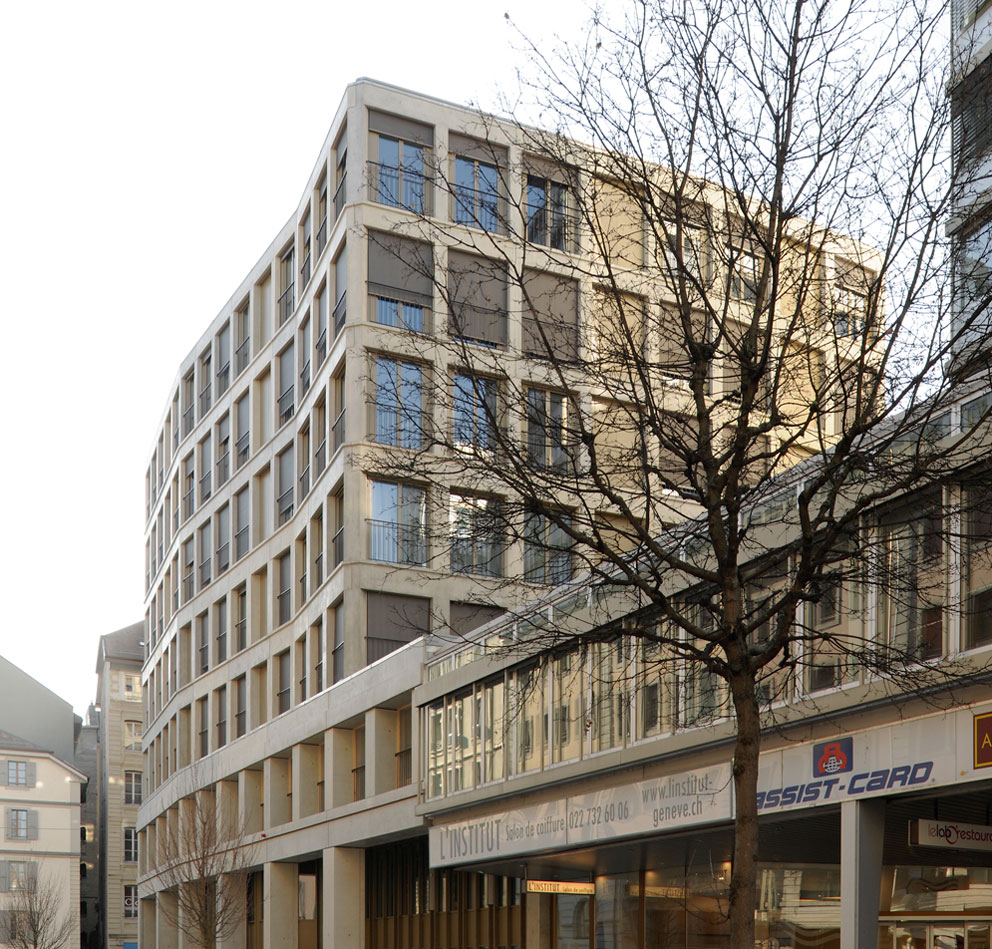 How do you answer this question in your projects?

Stephen Bates: We recently finished a project that includes housing and community facilites in Vienna’s “Nordbahnhof” district, an area where many new projects are springing up. We built them as close as we possibly could, leaving room for recreational spaces in between. Our point is: is it possible to transfer some of the energy of the city centre to these edges? We have to be able to do that, otherwise we will get these banal suburban places with lots of space that no one knows what to do with. As an architect interested in cities, it’s not enough to cry “shame” and then go and live in a suburban house with its own garden and forget it. As a student of architecture you’ve got to realize this and deal with it. That’s the dilemma of density.