A touch of glamour, if you please

Pinups are male fantasies in pictorial form, so a common assertion goes. They reveal secret needs, desires and dreams stemming from the libidinous part of the psyche that Sigmund Freud termed the “id.” To prevent the watchdog that is the “ego” from stepping in, the pinups were generally assigned a secret place: They whiled away their existence in tiny dressing rooms, featured as centerfolds in men’s magazines or in calendars that adorned the bare walls in the male working domain.

Now, when the Reiss-Engelhorn-Museen in Mannheim dedicate a retrospective to a Californian photographer elected “America’s No. 1 Pinup Photographer” by The New York Times as early as 1954, it can arguably be seen only as a sign that his once provocative images, whose primary purpose was to rouse the spirits, have now become historical. 1950s and 1960s pinup photography is no longer used in day-to-day operations and is now, providing it is archived, entering the phase of its incorporation into museums as a cultural-historical testimony to a past era.

The title of the Mannheim exhibition has already been through such a process of transformation: “Peter Gowland’s Girls.” This was the name of the magazine that Gowland produced, 14 issues of which were published, from 1957 onwards. His customers were able to order the photographs of his “girls” published in it, including Joan Collins, Rosemarie Bowe and Jayne Mansfield, using their numbering. The price depended on the intended purpose. Today the label “Peter Gowland’s Girls,” which in the mid-20th century graced the cover of the product catalog of a professional freelance photographer, is the motto of a museum exhibition.

Plenty of contacts in Hollywood

The exhibition encompasses 220 photographs from Gowland’s estate, framed, presented in rows and arranged in categories such as “Fashion, Style & Modern Life,” “Beach, Pool, Fun,” “Nudes” and “Intimacy.” Naked women lounge in large-mesh nets, sun-worshipping bikini-clad women lift heavy weights and absent-minded bathers cross their arms behind their heads, emphasizing the shape of their bare breasts. But that is not all. The exhibition also shows the conditions under which these photos were taken. From 1955 Peter Gowland, the good-looking and oh-so-charming scion of two actors, as we read in the catalog, who skillfully exploited his contacts in Hollywood, and his wife Alice Gowland (described as clever, stylish and motivated), worked together in their elegant house in Los Angeles. They perfectly outfitted it for their needs with a photo studio, large mobile mirror, office, darkroom and pool complete with waterfall.

On top of this, the garage provided space for the production site of the Gowlandflex camera, likewise on show in the exhibition. Gowland, supported by his assistants, personally assembled no fewer than 1,500 of these twin-lens cameras, which he designed himself, in the garage. They have been used by such renowned photographers as Yousuf Karsh and Annie Leibovitz.

How to do glamour shots

Curator Thomas Schirmböck, who first visited Peter and Alice Gowland in 2005 at their home in Rustic Canyon and in so doing laid the foundations for the successful exhibition, not only remained in contact with the family after Peter Gowland’s death in 2010, but also diligently worked his way through the photographer’s archive. With ironic distance he familiarizes himself in the catalog with the categories Gowland once used to subdivide his “girls,” which are neither romantic nor do they sound politically correct: the slim type, the eater and the athletic type. What’s more, Schirmböck highlights that Gowland was not shy of letting trade secrets slip in magazines and books. Together with his wife Alice he produced nothing short of photographic handbooks with titles like “How to Photograph Women” and “How to Take Glamour Photos.” They contain technical instructions, information on how to use fashionable accessories, and describe what to consider when marketing the photos.

As adept and sober as a starred chef who knows that he has to reveal his ingredients and publish his recipes, wishing to influence the tastes of a mass audience and not only serve connoisseurs, Gowland lets his readers know what a photographer should do to add a touch of glamour to pinups. The desired effect can be achieved, for example, by using a coveted consumer good, a fur coat, a heart-shaped chocolate box, a record cover, a sequined gown or a floral bathing cap. The fact that Gowland himself liked to resort now and again to sober commodity goods such as garden shears, garbage disposal units and wheelchairs in order to sell one or two advertising photos in-between only seems to confirm the recipe for success. Gowland’s photographs, be they black and white, color, taken in the studio, at the beach, or even underwater, present his entire repertoire of seductive arts.

What his photos reveal, but his books wisely keep quiet about, is the power that Gowland exercised as choreographer of poses. More than 60 years later it is clear that the way the actresses and starlets portrayed show “themselves” in their “feminine naturalness” would have been inconceivable without direction from a skilled photographer who was familiar with the stereotypes of desire in the United States and indeed shaped them himself. It is the awkward, at times comical, but in any case passé repertoire of poses that lends the choreographed gestures, looks and positions such emphasis. There is nothing in the image that is even the slightest bit cryptic.

Every pose was rehearsed a thousand times, tweaked to achieve the desired effect, and is recognizable as an episode of a story told over and over again. In one shot, a blonde sweetens the viewer’s life as she raises a piece of chocolate to her mouth. In another an enticing beauty redoes her lips while looking at herself in a mirror. And in another a water nymph bathes in the swell of the sea, her exuberant laughter showing her pleasure at the situation. There is even a fitting companion for the intellectual to dream about: A woman in a black turtleneck reading Allen Ginsberg and with a cigarette in the corner of her mouth, portrayed by Judy Tredwell, looks at him provocatively. Yet the principal activity of the protagonists, writes Thomas Schirmböck in the catalog, consists in “exchanging looks with us. (...) The looks seem to actually hit us, which means nothing other than that we as observers are able to glide from observing the picture into an imagined situation.”

The choreographer of the pose and his game of desire

This is where the power of the viewer comes into play. The choreographer of the pose gives him/her the honest impression that he has taken the woman in the photo by surprise, broken into her private sphere, seen the woman reading, dancing or bathing at a moment when she thought she was alone. More than the now old-fashioned bathing suits, the sports cars that are long since vintage, and the household appliances that now gently repose in design museums, this staged game of desire, of seeing and being seen, is an indication that museum visitors are being offered the privilege of viewing the afterglow of a long-gone era without timidity or disruption. Intimacy? Privacy? Seeing someone in a way never before seen? Even an “id” that has withdrawn to the deepest depths is unable to produce such imaginings in the digital age. 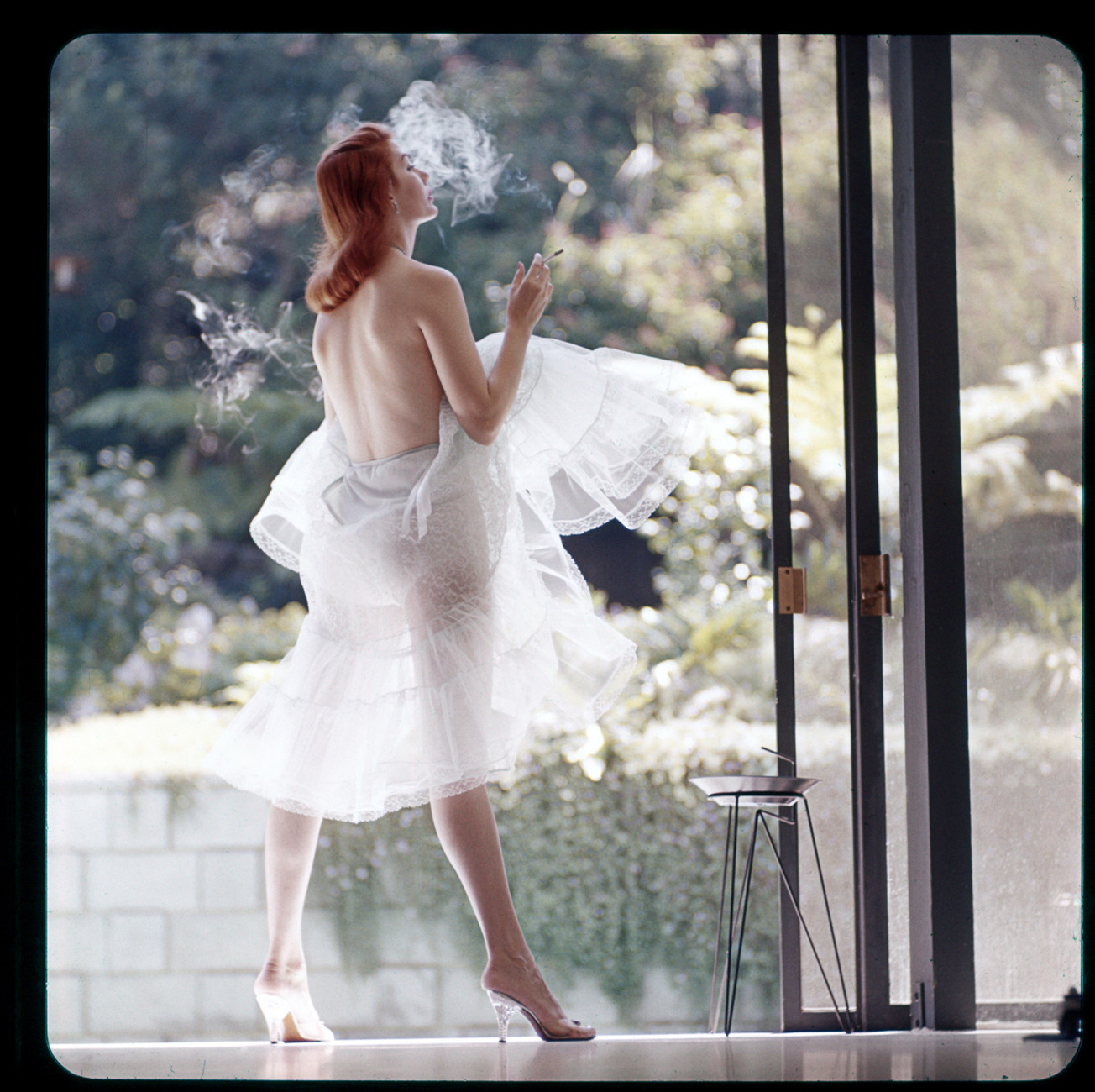 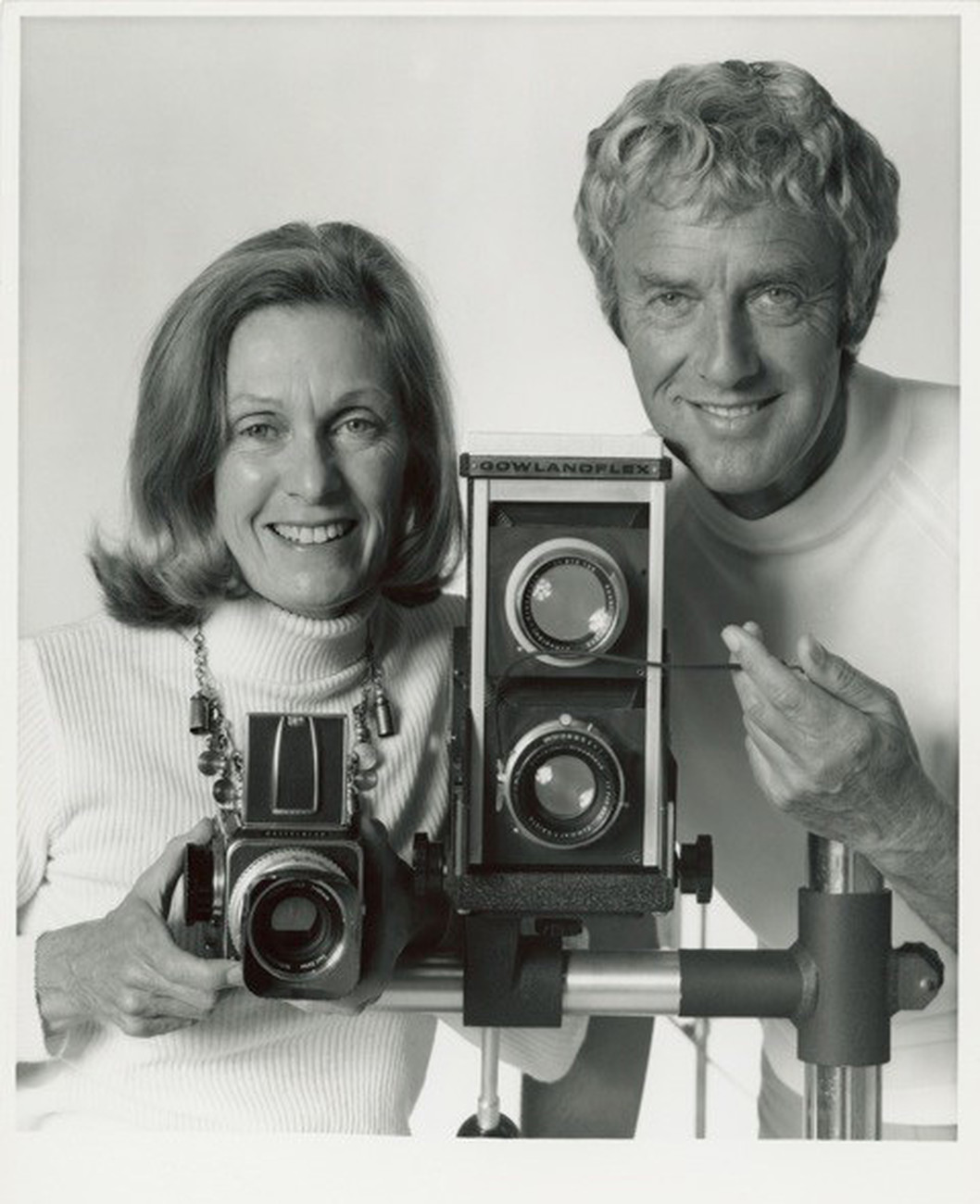 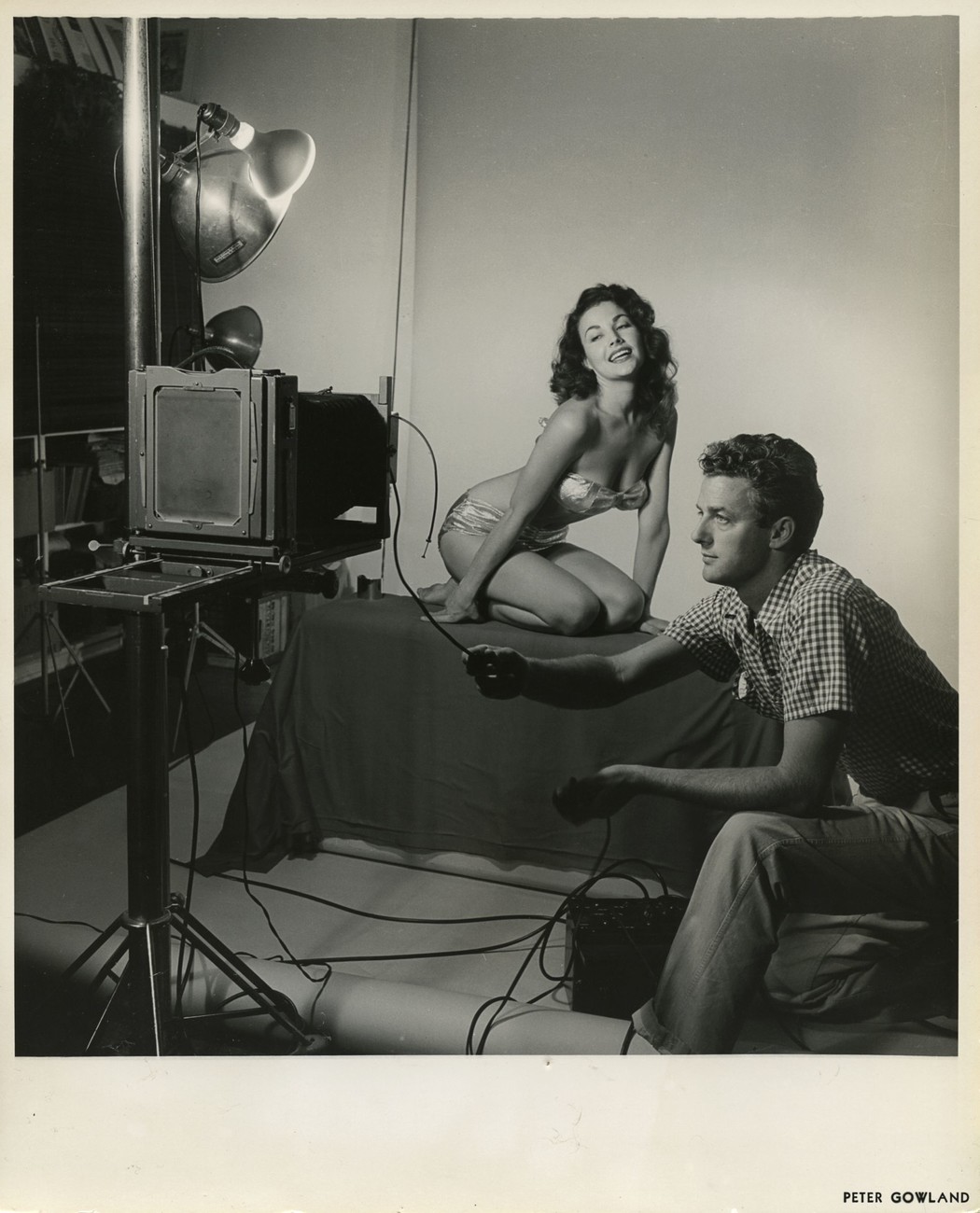 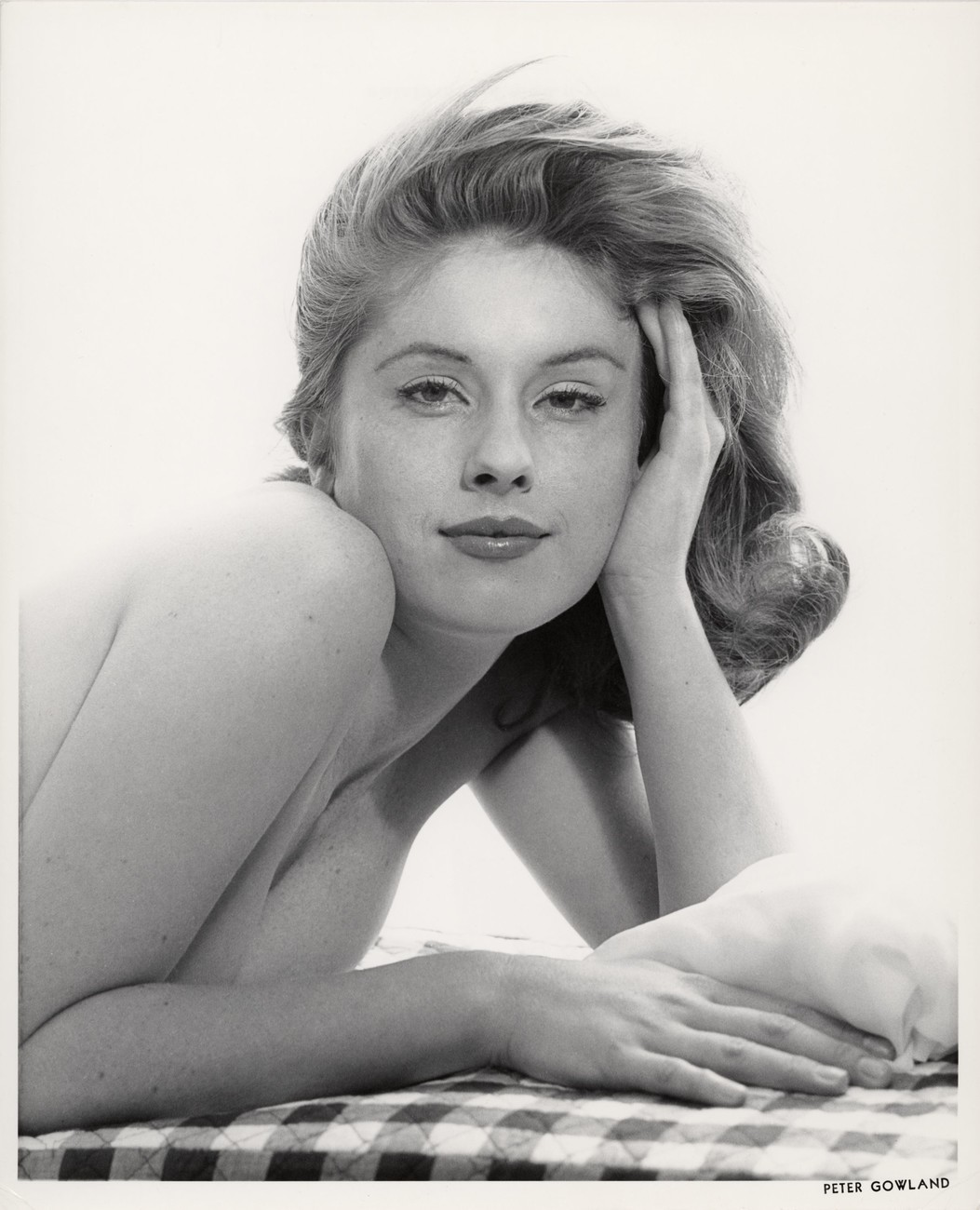 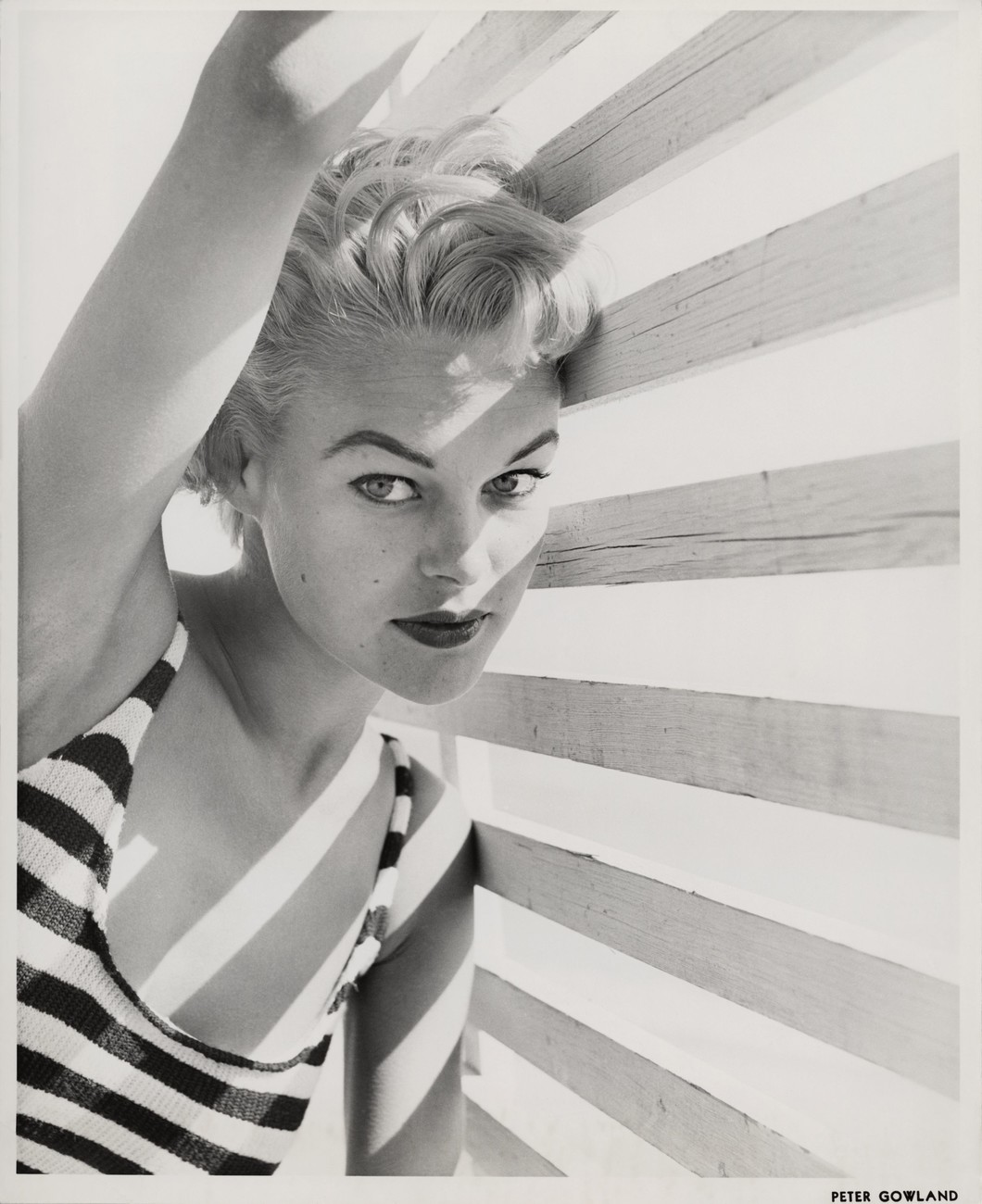 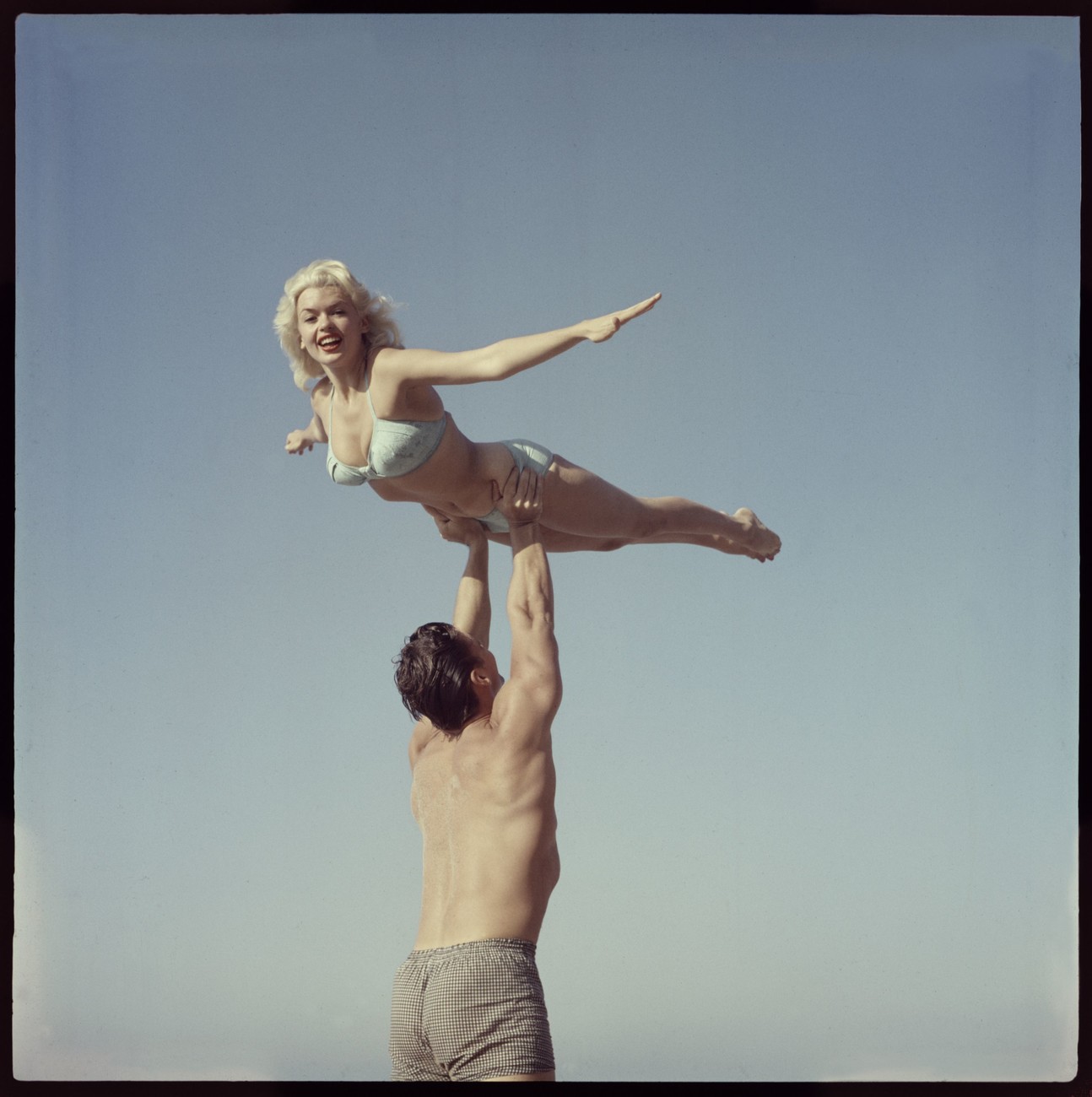 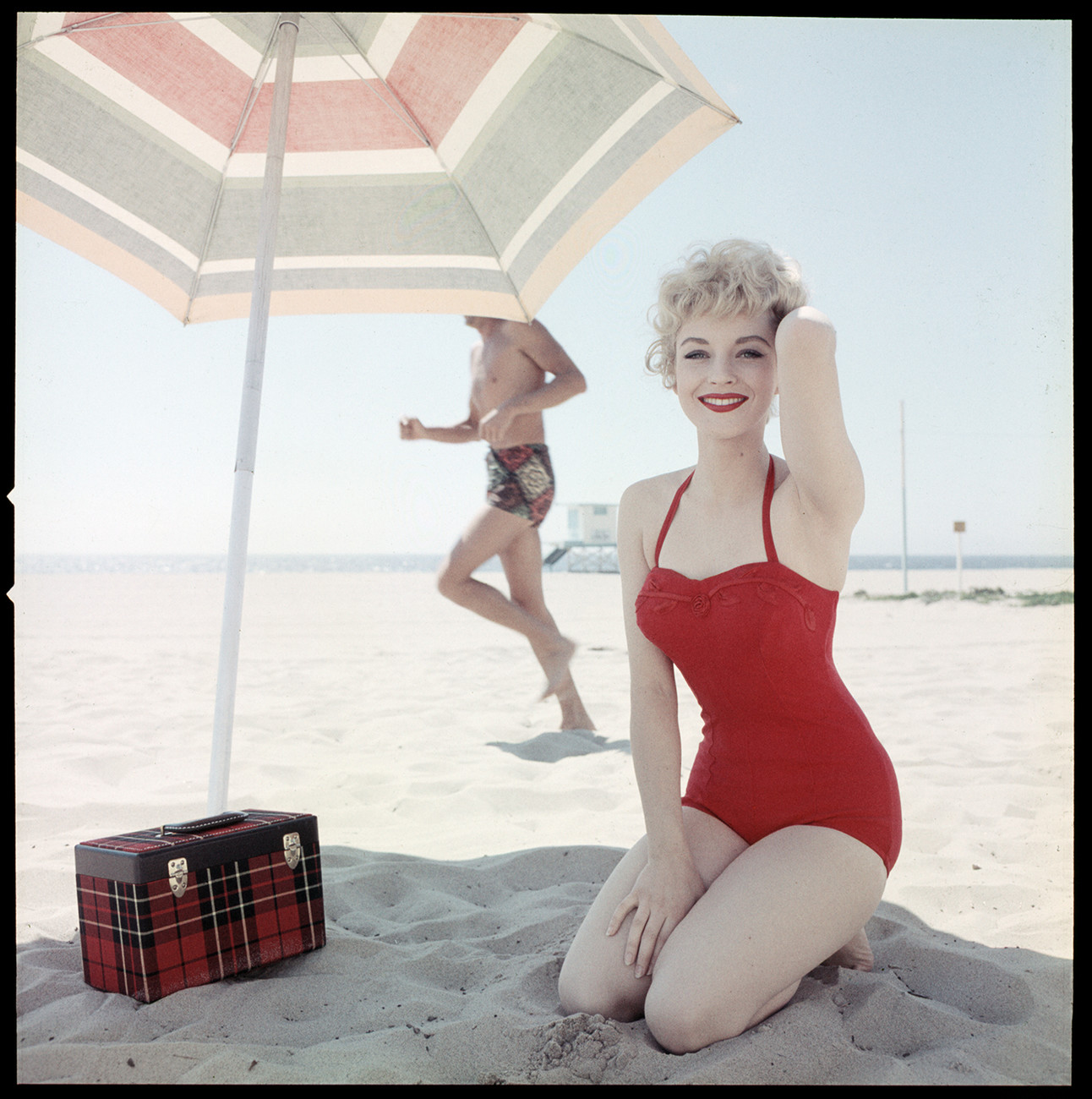 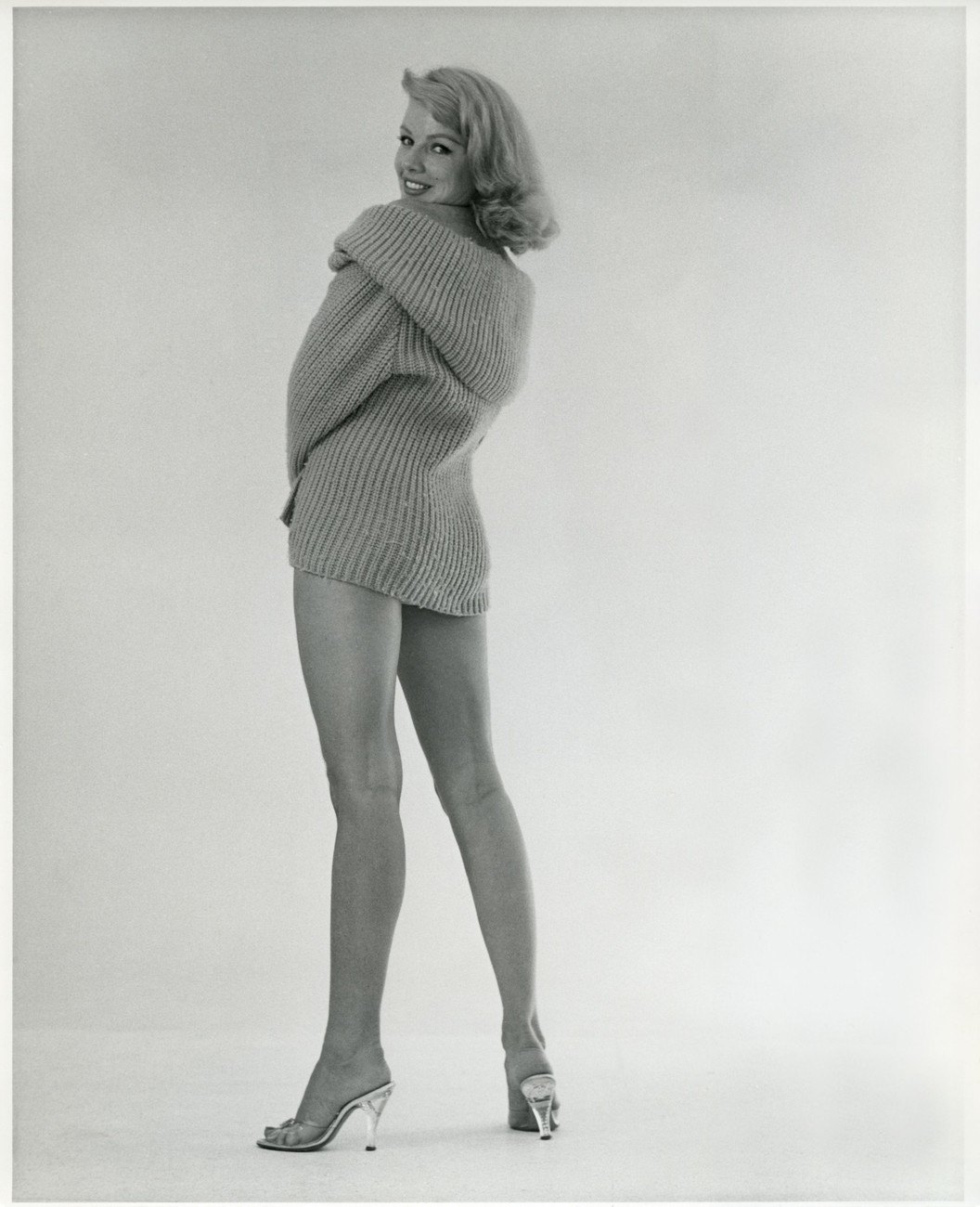 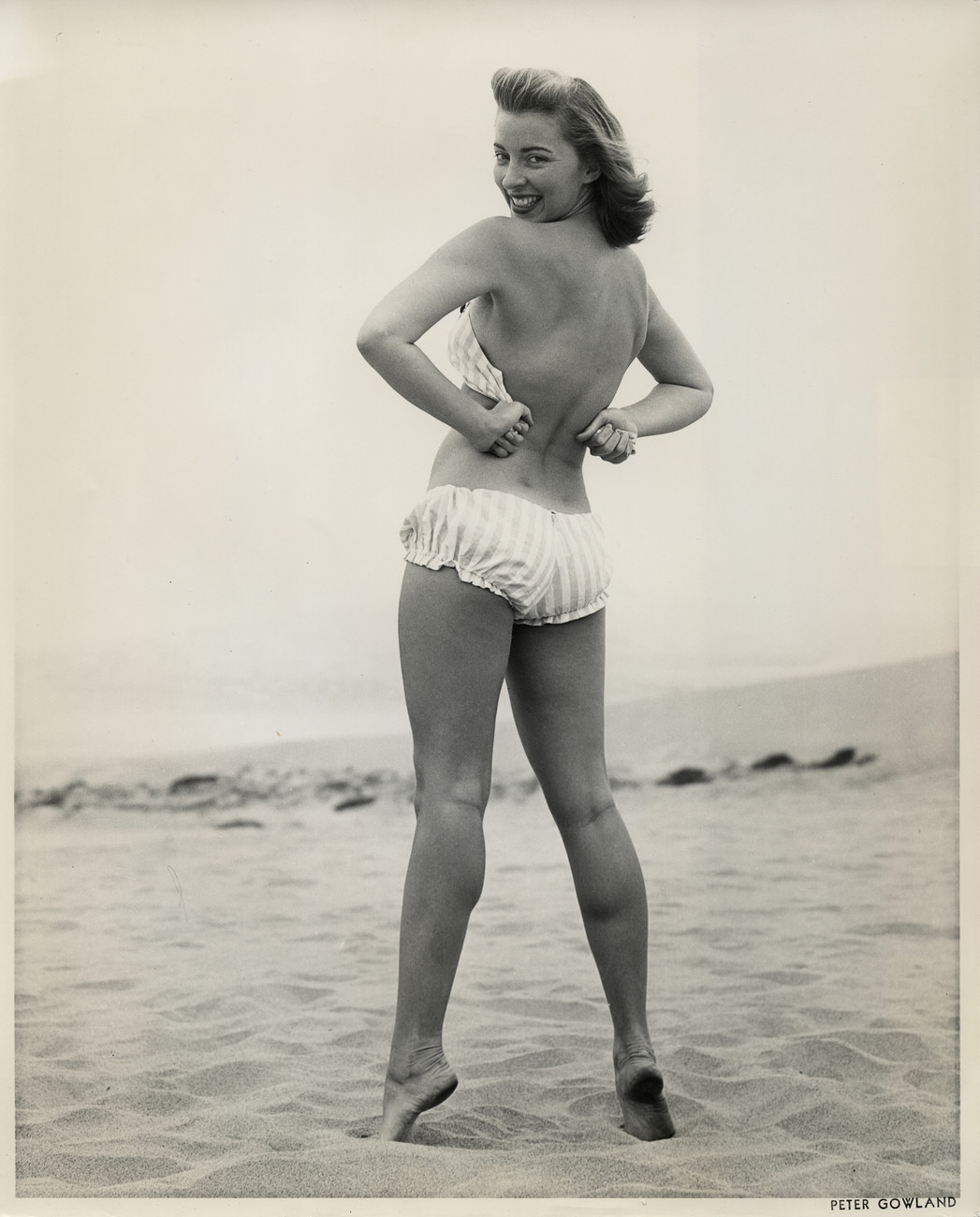 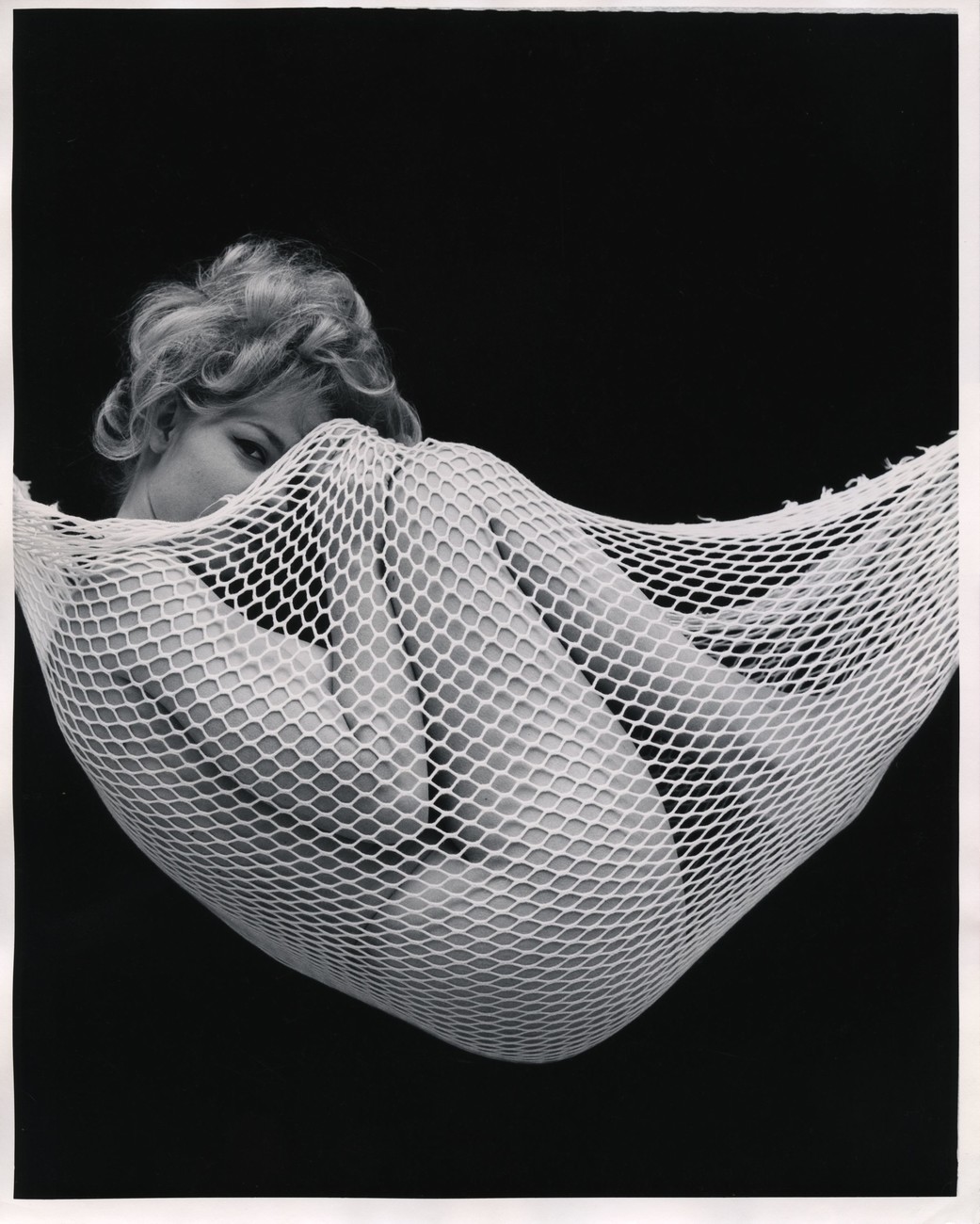