"When are we ready for a sofa?", "Do we enjoy trampling around on beautiful objects?", "Are two mattresses placed lengthwise one behind the other a double bed, too?" Unusual, indeed almost philosophical questions. And the answers to them are simply amazing. In mid-August, the Swiss Pfister furniture store launched the Atelier Pfister Collection. Thirteen successful and upcoming design studios created more than 120 pieces of furniture and accessories ranging from decanters to rugs and wardrobes.

The label's name spells out its mission, for an atelier is also a place of experiments and trials. The largest Swiss furniture store has given itself the necessary scope to do so. It aims to show skeptics that good design does not necessarily have to come from abroad. The goal has been clearly defined: High quality based on sound craftsmanship and timeless designs which stands out from the mass. "We aim to send out a clear message," Pfister CEO Meinrad Fleischmann confirms. He says that in the form of this major project Pfister seeks to draw attention to the zeitgeist, to address younger target groups, and to become more modern and time-oriented. In short: The long-standing company who used to have the reputation of being rather fusty needed a face lift.

To realize this vision, Pfister managed to commission none other than Alfredo Häberli. A smart move, considering the man from Zurich is an internationally renowned designer, and in Switzerland he is even known among those who know little about design. This not only is due to his designs for companies such as Alias, Moroso and Iittala, but also to clever self-marketing. At Atelier Pfister he has now assumed the role of curator. "In life, you do not often get the chance to take part in the decision-making in a project from the start," says Häberli. He invited design studios from all over Switzerland, furniture and industrial designers as well as an artist and a fashion designer. An extraordinary mixture of young and less young designers, familiar names and young talents. Häberli gave all of them a questionnaire. It was an extremely open briefing aimed at encouraging the designers to enter new territory. For 15 months, the designers worked meticulously on their objects and, despite the short period of time, the results are impressive.

Atelier Oï, which is based in La Neuveville and known beyond the borders of Switzerland, tackled Häberli's question "How many pillows does coziness require?" The three Romands' response is a modular seating furniture system. The playful design lines up crystalline elements to form seating islands. Accordingly, the seating landscape is called "Île Saint-Pierre". Like all designs, this one also got its name from a home canton of the designers. For the design trio, the work for Atelier Pfister was a new challenge: "We often work for the haute couture, big labels in the high-price segment. But it is also important to make designs for manufacture, the prêt-à-porter," comments Aurel Aebi. Frédéric Dedelley, too, was intrigued to "deliver designs with a commercial potential". The Zurich-based designer wanted to create furniture that would mean the customers of Pfister moving forward without breaking with the furniture store's tradition. The "Barberêche" bench is a homage to Swiss Modernism: The combination of a chromed steel frame, wood and leather speaks a clear and reduced formal language.

Design for any pocket

The wardrobe "Arias" by Moritz Schmid is a much more playful piece. The young designer from Zurich, formerly an assistant to Alfredo Häberli and at the "Wallpaper" magazine, has already been ranked among the top 20 young international talents, and has created a standalone. When opening the wardrobe, a light textile cover is pushed aside over the wooden structure - it is rolled up as if it were a sleeve. The exposed interior can thus be accessed from both sides. "My wardrobe is destined to structure the space like a free-standing garden hedge we can enter". At a price of approximately 8,000 Swiss Francs, his folding wardrobe is the most expensive piece of the Atelier Pfister Collection. Yet, there is something for every pocket. The cheapest piece is a ceramic mug by Fulguro at a price of about ten francs.

The designs by Lela Scherrer and Stéphane Dafflon lend the Collection some warmth. While the patterns and colors of the hand-woven rugs of the young designers reflect the influence of the fashion world; the rugs and tapestries of the Swiss artist are abstract compositions. Lela Scherrer feels the interdisciplinary work has been a creative challenge. "I was intrigued by making product design through the eyes of a fashion designer", the woman from Basle explains.

Most of the Collection will be produced in Europe. Jörg Boner's ash-wood bed "Ftan", the smoothly shaped dips of which can serve as an overnight deposit for jewelry and watches, will be entirely manufactured in Switzerland: in the small furniture factory Muotathal, which boasts comprehensive know-how in processing solid wood. Pure Swissness. The wooden table by Zurich-based designer duo StauffacherBenz will be produced by the Scheffler company, which is at home in Schönenwerd. Thanks to their design, the creators have given the table drawer the chance of a comeback.

For Pfister the project is a big step forward. CEO Meinrad Fleischmann is euphoric: "When I look at the designs, I can honestly say that I am impressed." Pfister has invested a lot in the launch of this collection: A lavishly designed catalogue, amusing Youtube videos about the designers, a successful web presence and Facebook page, and an iPhone-App are all intend to help market the project. Competitors who initially ridiculed the project are now either annoyed or view it all in a sportsmanlike vein, like Ikea: "We consider Atelier Pfister an enrichment for the Swiss furniture market," states Jan Maurer, a member of Ikea's marketing management. It is a coherent result which shows us that the company, curator and designers have worked with a lot of passion. This ambitious project will not be a one-hit wonder of design: Pfister has already started to work on its next designs for which it has hired four additional designers. But first, it is now up to the customers to decide on whether the pioneer project is successful or not. 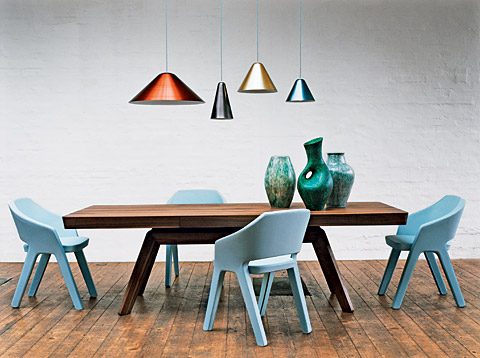 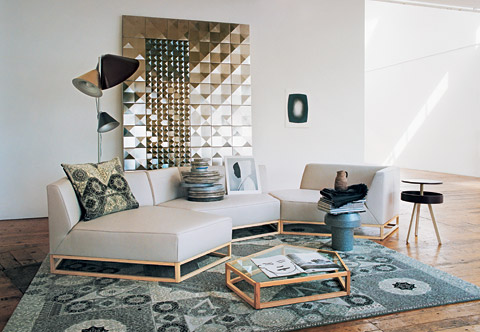 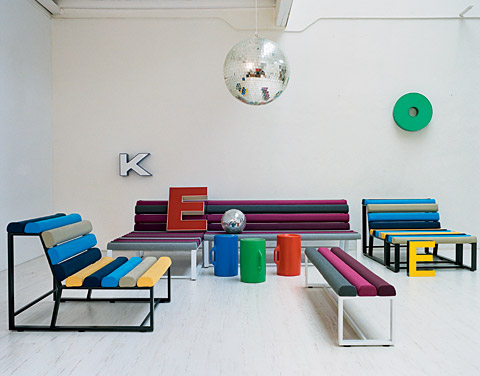 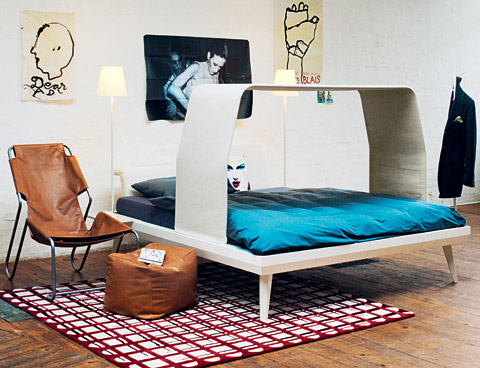 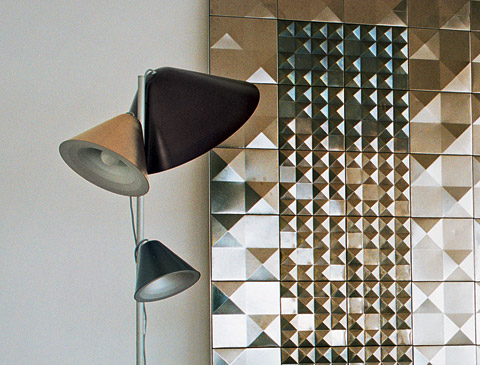 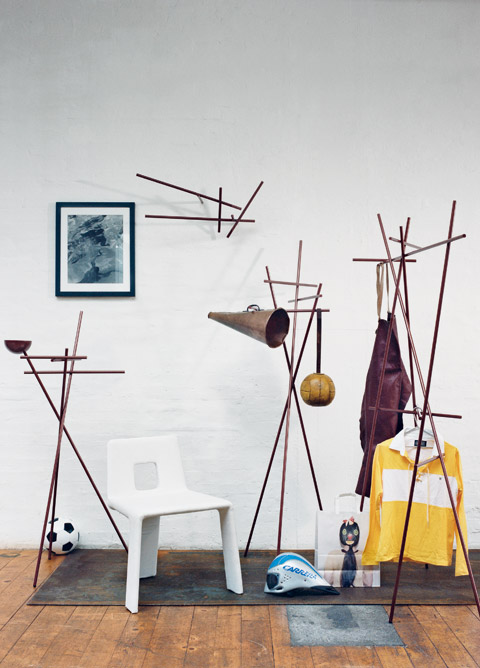 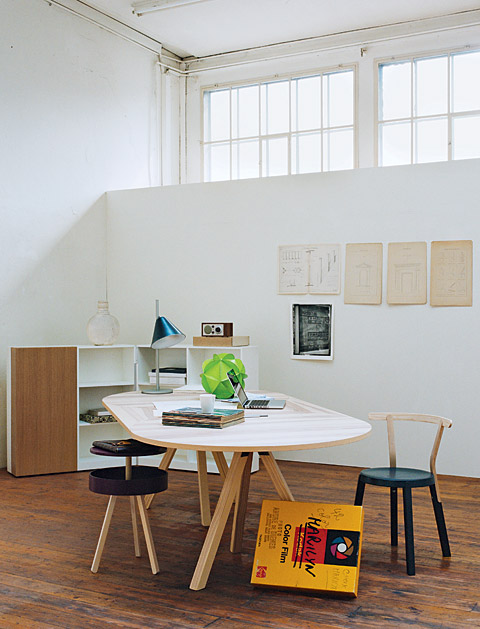 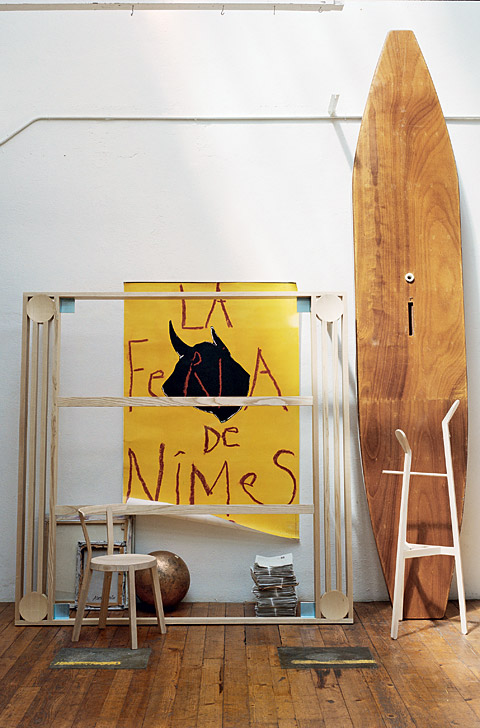 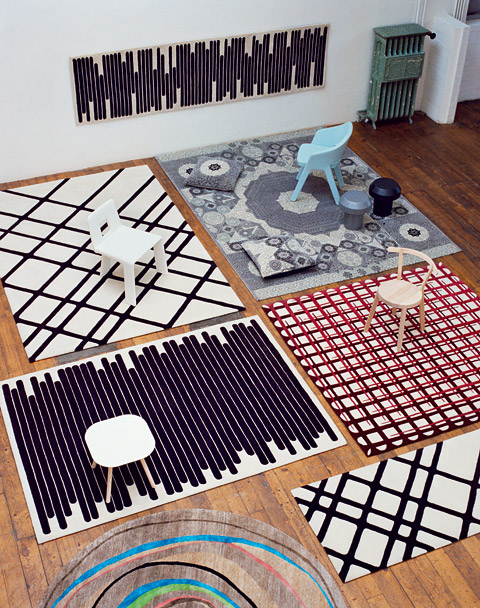 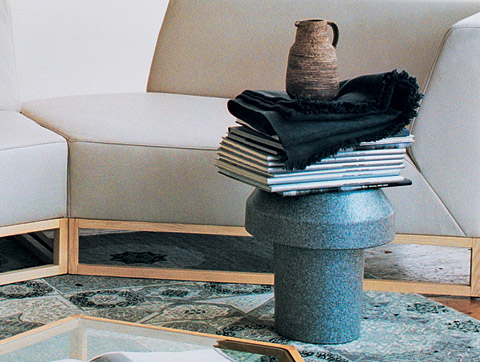 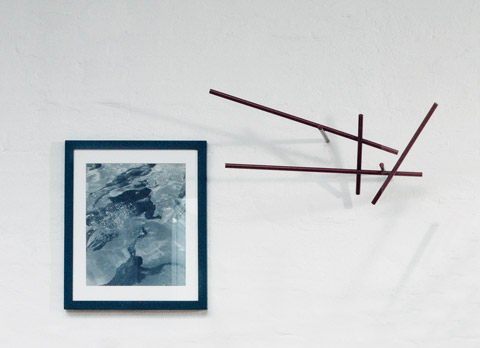