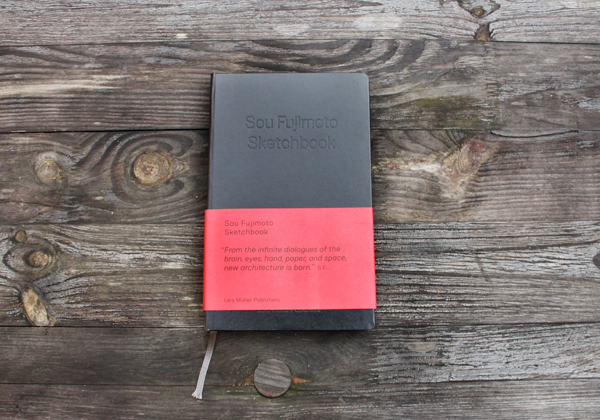 A faithful reproduction of Japanese architect Sou Fuhimoto’s sketchbook demonstrates that few words are required for a vivid depiction of ideas, thought and creation processes.

“From the infinite dialogues of the brain, eyes, hand, paper, and space, new architecture is born.”

This quote, which adorns the modest cover of Sou Fujimoto’s “Sketchbook”, describes how the architect transforms images that arise before his mind’s eye into reality. These are mute conversations that bring his imagination, eyes, hand, and paper together to create something new. The book’s pages are filled will soft-red lines, shading, doodles and sometimes a few margin notes in Japanese or English. Discreetly placed, likewise soft-red page numbers are the only evidence to be found of an external intervention in the work. This affords the reader plenty of space for their own notions and fantasies. Hardly anyone will be able to steal themselves away from the fascination that is created by some of these spectacular buildings (such Fujimoto’s “Final Wooden House”), which were the final outcomes of these hazy sketches.

But in the end the makers couldn’t help but add a commentary to the work: Firstly, Fujimoto speaks up in the epilogue describing the significance of the sketches for his everyday work. This is followed by a list of the projects and ideas behind the drawings on the preceding pages. Whether this addition was necessary or whether an entirely uncommented version would have been more appropriate for the facsimile with regards to its authenticity is definitely something the reader needs to decide for him or herself. After all, the “Sketchbook” doesn’t lose any of its effect as a result. It provides an insight into a creative process and simultaneously reinforces our expectations of architectural visions that come from the land of cherry blossoms. 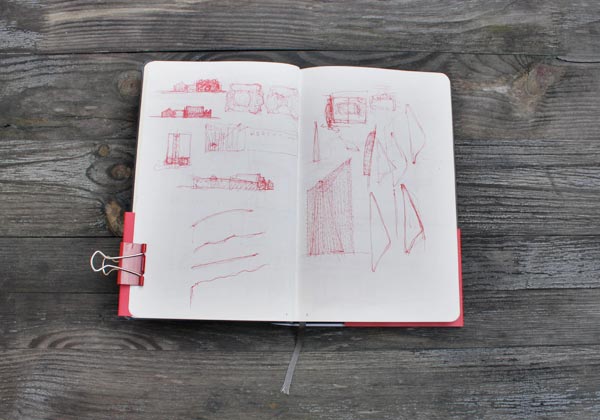 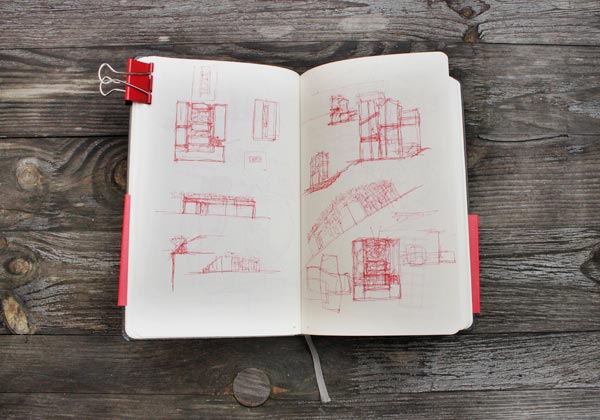 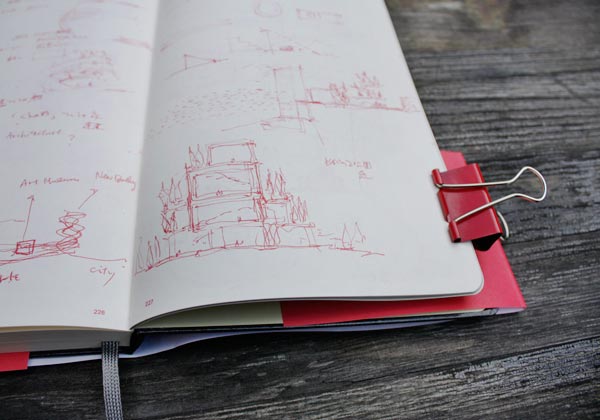 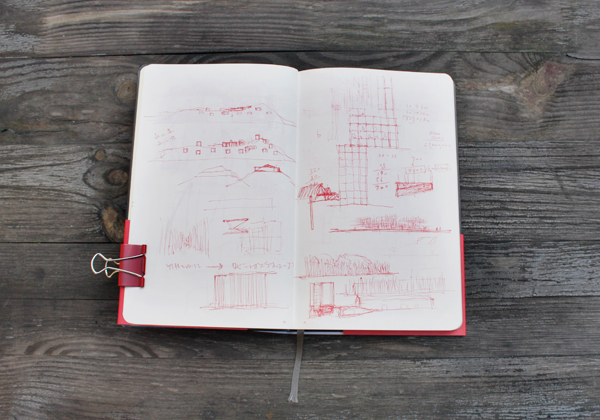 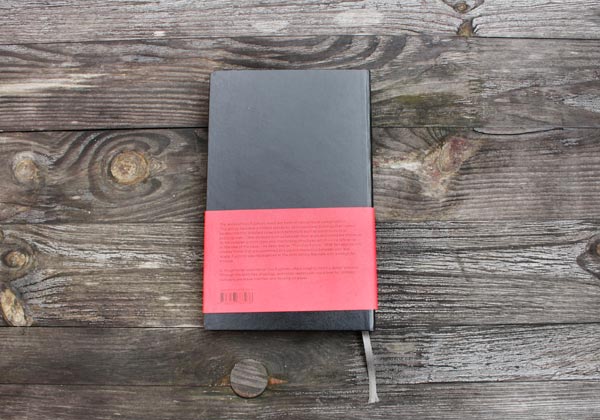