Major events often leave behind a void. It takes a little time to fill a vacuum again and in the case of Expo 2000 in Hanover, it seems this time has now come. Competence and creativity have now settled on the site which, seven years ago, was devoted to representation and discourse between countries. A pop academy has sprung up next to a film production company, the Hanover University of Applied Sciences is directly next door and companies such as BMW are also making use of the area's unusual ambience.

The German vehicle manufacturer has established a dealership in the former French pavilion designed by the French architecture studio Françoise-Hélène Jourda and in so doing, has liberated itself as far as possible from the restrictions of corporate design guidelines. The RTW team of architects succeeded in designing a space that is between lounge and museum, office and marketplace, conference room and restaurant on an area the size of a soccer pitch. In order to accommodate the demands on the space from lobby, and working area to dual work station, various elements from the Bene office furniture range were combined. The sideboards, which structure the space around the work stations, are from the AL-K Collection, the desks themselves are part of the Bene X Program and Bene partitions create closed spaces which are an equal match for the pavilion's stringent design.

The Austrian market leader for office furniture, which is represented worldwide with 74 branches in 29 countries, has for years adhered to the motto: the success of a company also depends on the design of its working world. Bene combines in a single company development, design, production, advisory services and the sale of office worlds and proves once again in Hanover that the atmosphere in a racing team's VIP lounge can certainly have an inspiring effect on clients and employees alike. 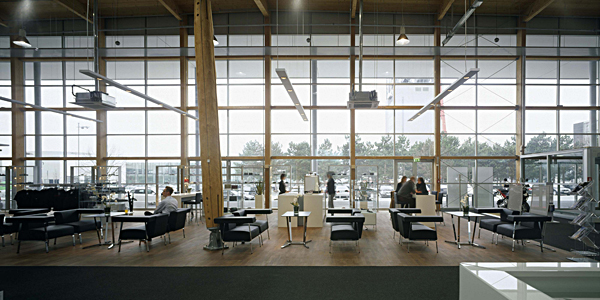 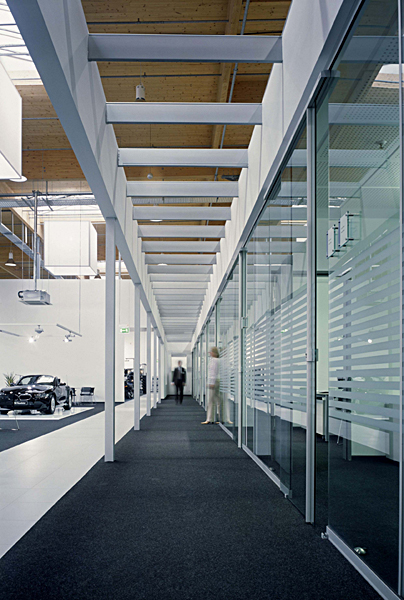