top
Pixels at their most precious
von Vera Siegmund | Oct 8, 2007

Though the term "tile manufacturer" is correct, it does not by any means describe the company Bisazza. Using a 10x10 or 20x20 mm format, the Italian mosaic maker creates real worlds of glitter and glamor. The small, square stones make opulent decoration and thanks to their creating the look of ornamental wallpaper have made a triumphant entry from floor covering in bathrooms via living-room walls through to the lining of luxury suites and showrooms.

Piero Bisazza, who took over the family business from his father Renato in 2000, established it as a luxury brand within a very short space of time. Since then designers such as Alessandro Mendini, Jaime Hayon, Patricia Urquiola or Studio Job have worked for the classy market leader. Committed to the Venetian mosaic tradition Bisazza interprets classic motifs and sophisticated designs, which can be transported directly into mosaics per computer. But though the pixel association is obvious with a mosaic, until now the digital aesthetics had not impacted on the ornamental design language of the Bisazza creations.Architect and designer Jürgen Mayer H. has changed all that. His creation "Data" is inspired by digitally created "décor": the coded data security patterns as used in confidential forms. White and gray digital ciphers spill out over a black surface and merge to form an intricate pattern.But this is not the first work Mayer H. has produced for Bisazza. Already with his foam armchairs "Soft Mosaic Collection", whose seats are covered in the mosaic stones he proved that there is not really anything you cannot combine with the small Bisazza jewels. While in this instance the contrasting use of material was the surprising element with "Data" Mayer H. alters the existing ornamental canon at Bisazza: An everyday, purely functional and computer-generated pattern to boot (Mayer H. calls it a "strategic ornament") is raised to a Bisazza décor. Never before in this company was the pixel and digital aesthetic implemented in this manner. 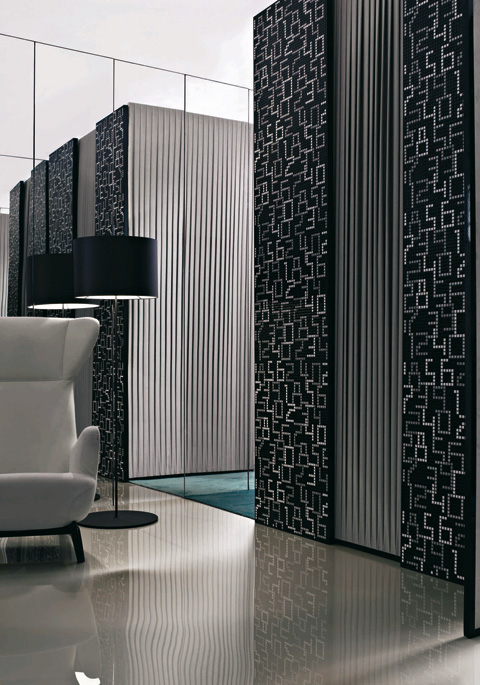