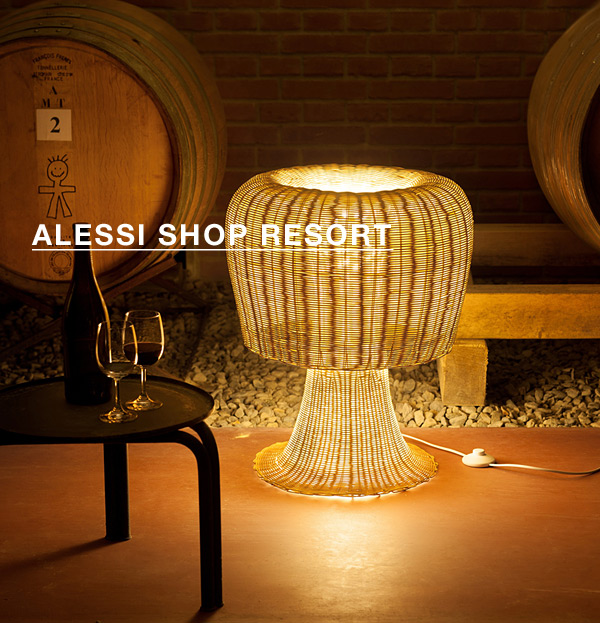 Luminaire “Amanita FC 23” by Humberto and Fernando Campana is hand-woven out of rattan for Alessi, photo © Alessi

For weeks now there has been only one topic of conversation here: the Milan Furniture Fair. Manufacturers and furniture dealers have been waiting impatiently for the curtain to rise on the world's most important design fair, which takes place at the exhibition center in Rho-Pero from April 17 through 22. Anybody who has not been able to get hold of any of the sought-after stand space in the halls built by Massimiliano Fuksas, or who is anyway looking for alternative showroom space, is moving into one of the numerous city districts in the off program, the "Fuori Salone". The best-known of these is the Zona Tortona, followed by the downtown area around the cathedral and the Brera Design District. A relative newcomer to the off venues is the Ventura Lambrate district, that has been involved in the fair for two years now.

Stylepark has sifted through the off program's packed events calendar and has made a selection. Enjoy!

In this newly-opened showroom, fitted out by Catalan designer Martí Guixé, Alessi is presenting its new luminaire collection, including designs by Fernando and Humberto Campana, Pier Paolo Pitacco, Mario Trimarchi and Andrea Morgante.

Furniture manufacturer Arper came up with its first wooden chair collection "Saya" together with Spanish designer Lievore Altherr Molina. The company is showing process behind the new collection's genesis at its Milan showroom.

Taking as its motto "Raw and Delicate" the Austrian Ministry of Foreign Affairs is presenting a furniture show by designers from the country at a former sports complex in Milan, La Pelota, built in 1947.

Design history as the interplay of voices, bodies and objects is being presented in a dance show by Michela Marelli and Francesca Molteni for Cosmit, the organizer of the Milan Furniture Show.

As part of its project "Inventario", luminaire manufacturer Foscarini focuses on the candle as an historic source of light. The show curated by designer Beppe Finessi, "Fare Lume. Candela tra arte e design" (Producing light. The candle between art and design) is showing works by artists, designers and architects such as Bruno Munari, Philippe Starck and Sonia Pedrazzini at the Museo Poldi Pezzoli.

The furniture collection launched last year by French fashion label Hermès consists of furniture, fabrics and wallpaper. It is now complemented by an installation "Modul H" by Shigeru Ban, that acts as a partition or wall decoration.

The initiative "Japan Creative" aims at presenting the interplay of craftsmanship, technologies and industry and hopes to establish a worldwide network. Its first products have been produced with the assistance of international designers such as Jasper Morrison, Peter Marigold, Paul Cocksedge, Yongkyu Yoo, Inga Sempé and Nacho Carbonell.

In 1965 Danish designer Nanna Ditzel produced the fabric "Hallingdal 65" for Swedish manufacturer Kvadrat. Seven curators including Tord Boontje, Ilse Crawford and Jeffrey Bernett have invited 32 young design studios from around the world to find new uses for the classic fabric and to exhibit them in Milan. The art directors responsible for staging these ideas are Patrizia Moroso and Giulio Ridolfo.

At his show "Luminosity", British designer Tom Dixon is presenting a luminaire screen, "Etch Light Web", that combines engineering skills, mathematics and natural sciences and is intended to cast unusual shadows over the room. "Luminosity" is part of the exhibition "Most" at the Museum of Science and Technology, Museo Nazionale della Scienza e della Tecnologia, in Milan.

Additionally, sheet metal chairs and luminaires are being produced live for the museum restaurant and these will be given away to visitors on the last day of the exhibition. Foodies will be catered to by the Carpigiani Gelato University, which will be informing aficionados of Italian ice cream about the manufacturing process – and allowing them to taste them, too.

In the Chinese signs of the zodiac the water dragon represents a cycle lasting 60 years. It also symbolizes strength, harmony and the ability to implement projects. A parallel that Italian furniture manufacturer Moroso has had interpreted by Chinese architect Zhang Ke in the form of an installation to mark the company's 60th anniversary.

For the first time, the torch carrying the Olympic flame for the next Summer Games to London will be shown outside Great Britain. It was dreamt up by two British designers Edward Barber and Jay Osgerby.

Piero Lissoni – Behind the Scene

The conversion of Milan's Teatro Nazionale is only one of architect Piero Lissoni's numerous achievements. Now a show of this Italian architect's complete works is on display in the theater's foyer, including architectural models and design projects for both industry and the world of graphic design.

Every visitor to the installation is invited to try out the carbon chair equipped with sensors that transmit the test person's every movement to a video screen. The project is being conducted in cooperation with the Audi Lightweight Design Center.

Taking as its name "Temporary Museum For New Design", in Zona Tortona the Superstudio is presenting more than 40 manufacturers, with work by famous designers such as Italo Rota, Giulio Cappellini, Carlo Colombo, Fernando and Humberto Campana, plus Oki Sato of Nendo. A special area of 2,000 square meters has been devoted to young talents. Art director of the presentation is Giulio Cappellini.

The subject for Hella Jongerius, Konstantin Grcic, Juergen Bey, Julia Lohmann and other designers on April 18 from 2 p.m. through 5 p.m. at the Milan Triennale will be "Never Mind the Mainstream. About Industry and Experiment in Design". Vitra Design Museum's cooperation partner at this event is Premsela, the Dutch Institute of Fashion and Design.

A WWWIII 2010 blue cannon in the middle of the showroom is intended to symbolize 12 1/2 years of dynamic cooperation between Lensvelt, the Dutch manufacturer of furniture for the contract sector and the design bureau Atelier van Lieshout. At the same time, it calls to mind the kind of subjects that Dutch designer Joep van Lieshout is interested in: organizing work, power structures, revolution and independence.

Luminaire “Amanita FC 23” by Humberto and Fernando Campana is hand-woven out of rattan for Alessi, photo © Alessi 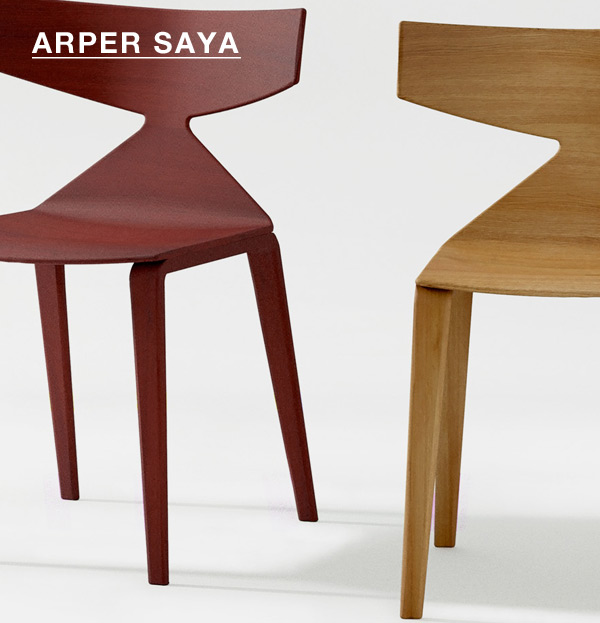 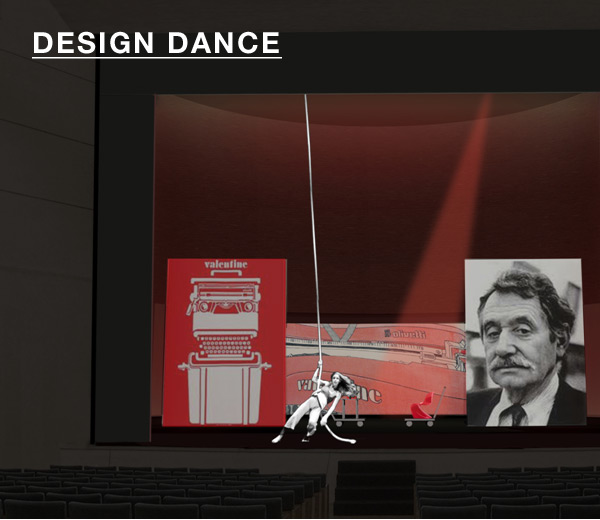 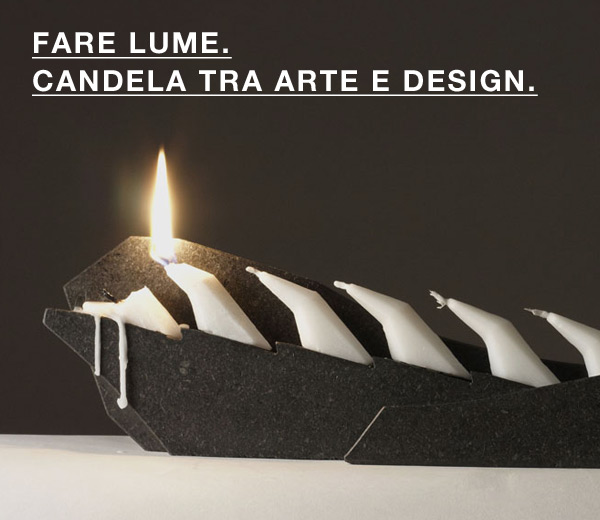 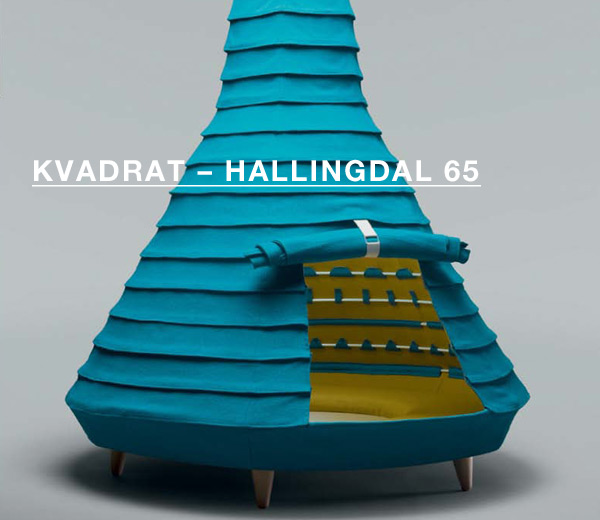 A reinterpretation of a classic textile by Swedish manufacturer Kvadrat. Nanna Ditzel’s “Hallingdal 65” in the design “Welcome” by Mermelada Estudio, photo © Angela Moore 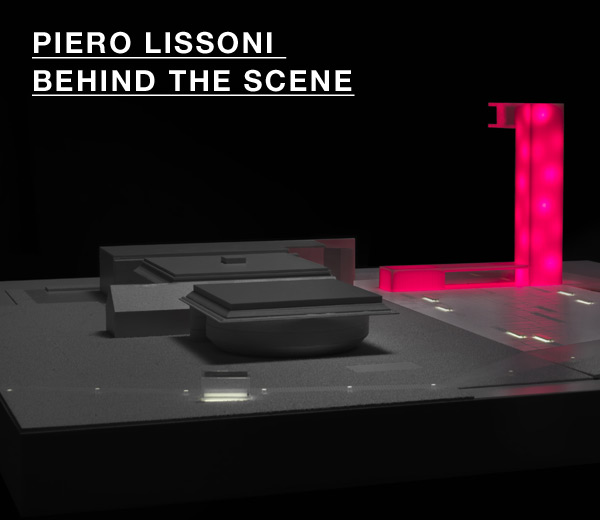 The design for Museo Ferrari in Maranello is on display at a showcase of Piero Lissoni’s work at Milan’s Teatro Nazionale, photo © Cesare Chimenti 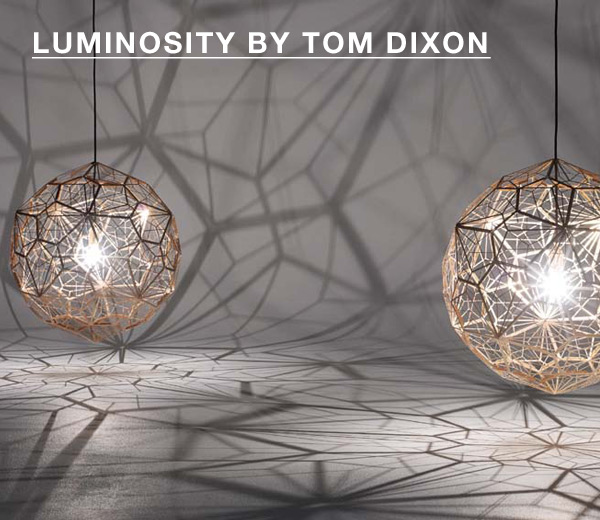 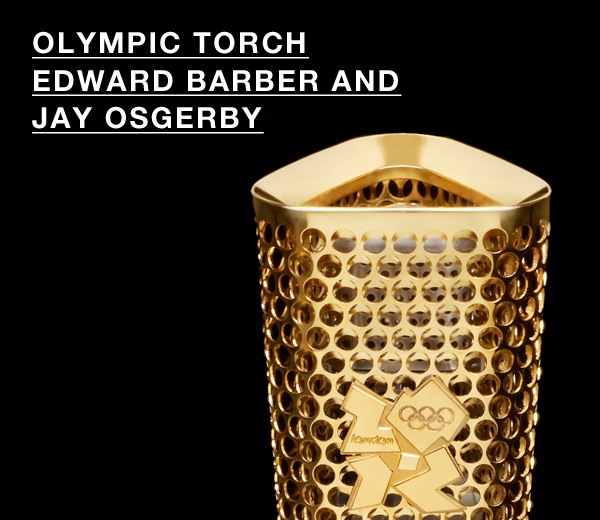 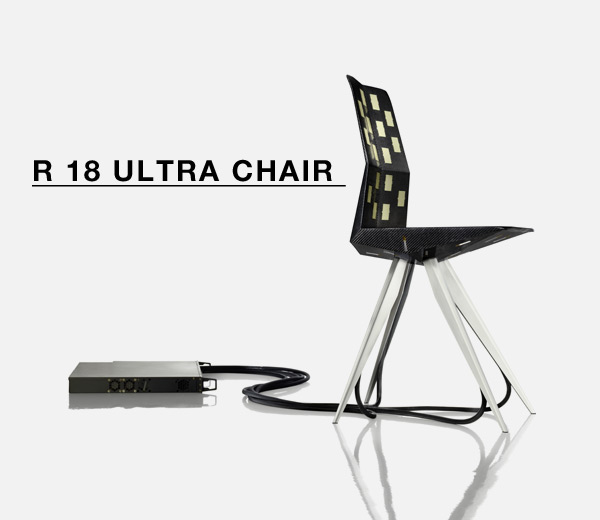 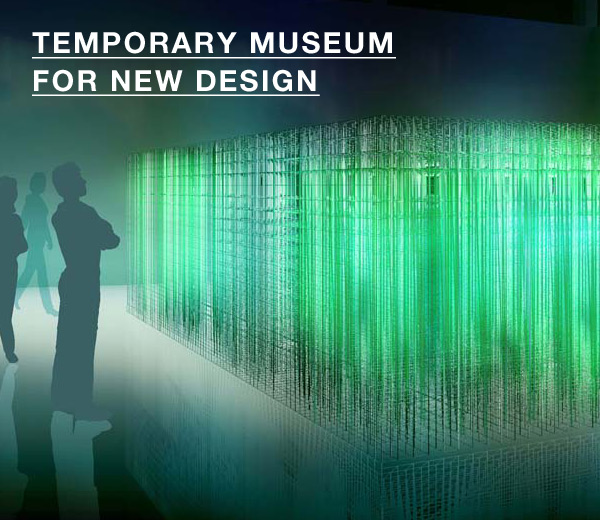 Installation “Neoreal” for Canon at the Temporary Museum for New Design, photo © Canon 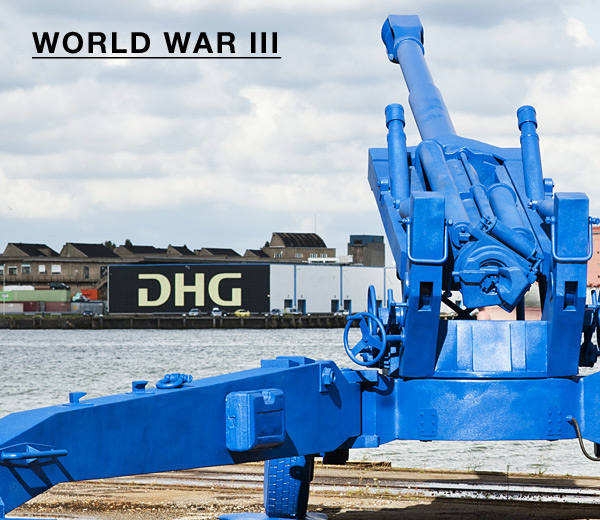