When Marcel Wanders presented his "Skygarden" in 2007 he set out to gift the world a mobile stucco ceiling, a ceiling to-go as it were. He had been inspired by the ancient stucco relief on the ceiling in his own living room, something he had had to leave behind with a heavy heart when moving house. So it is somehow illogical that "Skygarden" is now being offered as part of a system of architectural light.

But as said: The once mobile "Skygarden", now inextricably linked with the wall, is actually part of a larger system. And that is anything but illogical. With its "Soft Architecture" system" Milan-based Italian luminaire maker Flos is launching what it itself says is its most ambitious project with luminaires: The lamps disappear into wall elements made of plasterboard. All that remains is architecture and light, in any number of different shapes and variants. Rendering the classical luminaire obsolete.

This is no swan song, on the contrary. If the walls, stairways and oriels supply the light, then the luminaire only has to fulfill the nicest of all tasks: It simply has to be beautiful. And thus trade fair visitors found themselves standing amazed before Ron Gilad's "Wallpiercing", for example. Countless rings radiating inwards decorate and entire wall, and you invariably find yourself imagining what this would look like on an even larger scale, say the facade of a high-rise.

You don't simply stick the Piercings directly into the wall, but (and this applies to the rest of the system, too) into mobile plaster elements. These panels are then integrated into suspended ceilings or false walls. And all the units boast eco-friendly materials and ultra-modern LED technology. Flos has even been awarded "cradle-to-cradle" certification for the eco-effective production process, an important prize particularly in the United States.

Alongside Marcel Wanders and New York-based Israeli Ron Gilad, Philippe Starck and Sebastian Wrong have also contributed designs to the new Flos system. The latter created "Spun Light", a "classic" luminaire with a base and lampshade, but made of plaster that thus grows out of the backing panel. Starck, by contrast, dishes up a curling light-and-plaster skirting board.

However, Flos has not fully bid farewell to classical decorative luminaires. Philippe Starck was presented in Milan with a second project for Flos, a luminaire named "Hooo!!!". It was already on view as a prototype last year, but now the collaborative piece by Starck, US artist Jenny Holzer, German-British interactive designer Moritz Waldemeyer, crystal maker Baccarat and Flos has gone into mass production, albeit only as a limited edition. Ron Gilad was likewise represented by several pieces, such as his "The Mirrors" series. These are mirrors in which the silhouette of old Flos classics, such as that by Castiglioni, gleam. By contrast, Jasper Morrisson presented a classical, typically Morrisson, simple ceiling light called "Smithfield". Together with Toan Nguyen Antonio Citterio contributed the "Belvedere" outdoor lights and a desk lamp, "Kelvin Led". and Marcel Wanders' "Skygarden" is of course still available in its original, mobile form, albeit only from stores. 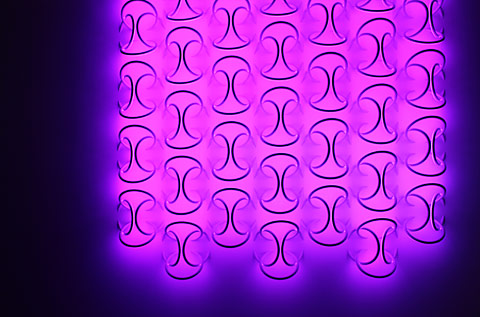 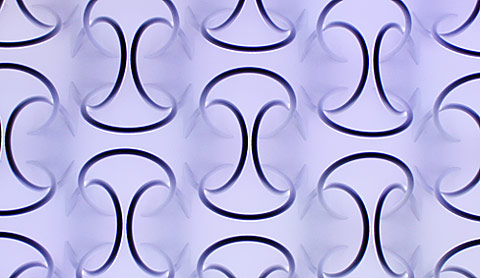 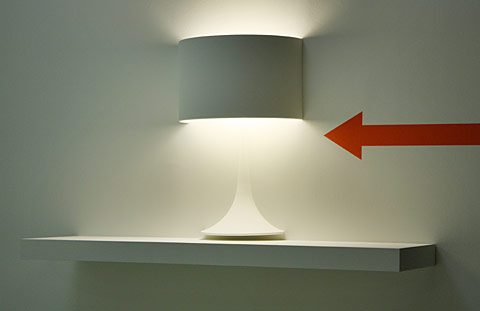 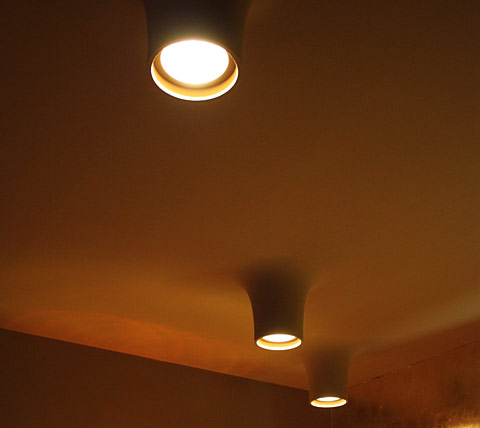 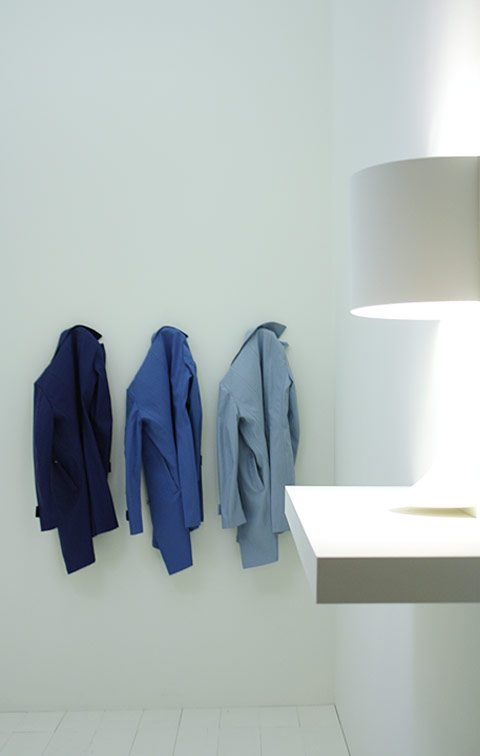 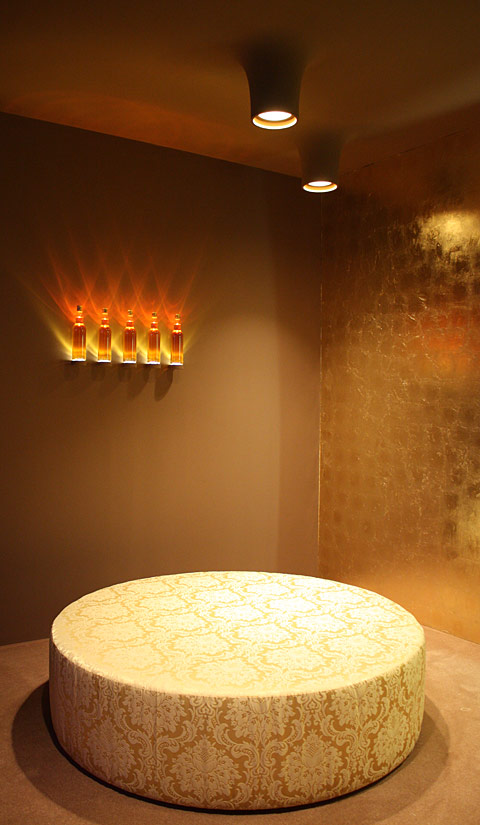 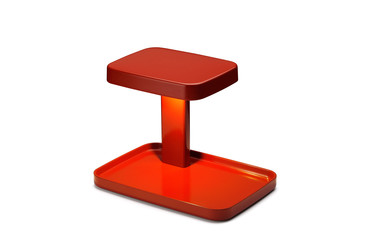