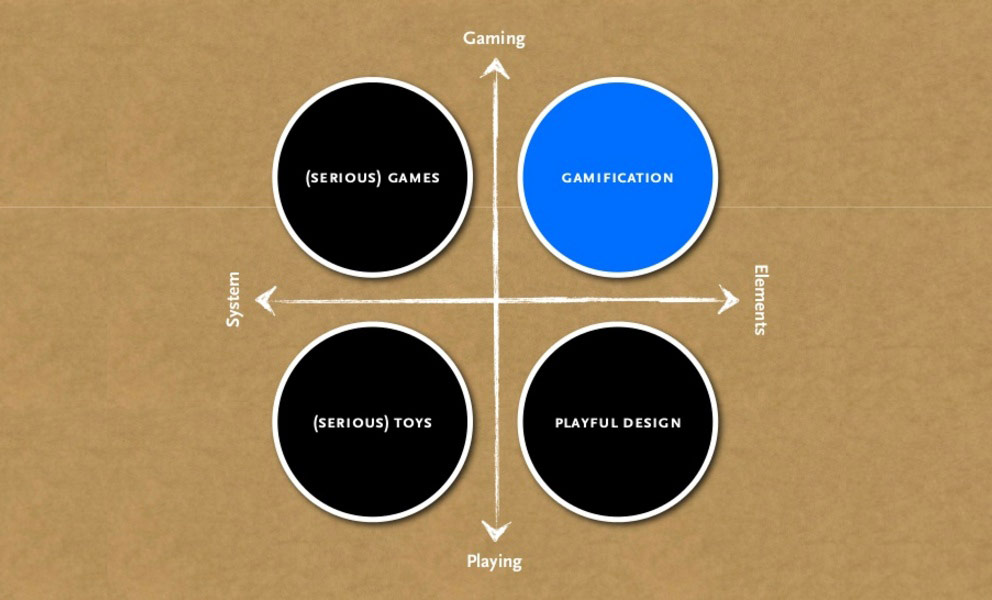 “Gamification” is an informal umbrella term for the use of video game elements in non-gaming systems to improve user experience (UX) and user engagement. Photo © Sebastian Deterding

People love playing, winning, measuring themselves against others. That is nothing new. Group games and computer games are an established part of our society, and so-called “serious games” have meanwhile been used in the armed forces, medicine and teaching for a long time to educate, train and inform the players. Today video games are increasingly taking hold in the real world. The word “gamification” is on everybody’s lips. This trend comes from the USA, originates in marketing and means the integration of video-game elements in our everyday life. The automobile industry, too, is involved in learning by playing – especially in the field of electromobility.

Video games are more than a pastime today. They are being used increasingly often in everyday life to motivate people for certain activities by ensuring that it is fun to do them. In the fields of education and health, in the world of work and also in the automobile industry, a lot of experiments with “gameful design” are being made. Yet gamification is more than just a system of incentives. It is not only about using elements of play tied to specific products to gain customers and engage them with companies, but increasingly about encouraging learning processes.

“From games we can learn to make activities more motivating,” says German communications scientist and gamification expert Sebastian Deterding from the Hans-Bredow-Institut für Medienforschung in Hamburg. Raph Koster, an American game designer and editor of the book "A Theory of Fun for Game Design" (2004), puts it like this: “Fun in games arises out of mastery. With games, learning is the drug.” “Gamification” is an informal umbrella term for the use of video game elements in non-gaming systems to improve user experience (UX) and user engagement. In this context the term “gameful design” is often used.

Motivation is a fundamental concept in this work. Games are fun, can have a motivating effect and are characterized by four main features: they have a clear aim, rules and a feedback system that shows the players how close they are to their goal, and the players have voluntarily decided to take part. Looking at everyday life from these points of view, many goals in life are similar to a game. Hunting for a new job, looking for a partner, driving a car.

Gamification can help drivers get to know their cars better and be more attentive to what is happening on the road. The car industry uses this for its own purposes, for example investing heavily in developing real-time dashboards that provide direct feedback to drivers about how they are doing. Badges and achievements, but also rewards in the shape of words of congratulation such as “Thank you, by purchasing an electric vehicle you have done a good deed” are sometimes used. This can further increase the enjoyment of driving, especially for commuters who spend a lot of time in their cars. The intelligent application of game mechanics can make a contribution to raising the acceptance of electric vehicles and can help teach the drivers of such vehicles how to drive so they can prolong the life of the battery charge and therefore increase the range of their cars. So-called eco-driving applications are already employed today in many cars, informing drivers about how efficiently and economically they are driving, for example by means of symbols or colored signals on the speedometer.

In addition to this, so-called speed-monitoring applications are used in road traffic today – for example street signs that show happy or sad emoticons, depending on whether the driver is keeping within the speed limit. These signs thus provide direct feedback and are visible to all passers-by, a fact that increases the social pressure on drivers and can make it more likely that they comply with traffic regulations.

But this is by no means all: as part of “The Fun Theory”, an initiative by Volkswagen, Kevin Richardson developed the "speed camera lottery". Instead of capturing only the cars that drove too fast, in Stockholm a special camera was installed that took a photo of all cars that passed. The drivers who stayed within the speed limit had the opportunity to win part of the fines paid by the speeding offenders, which were put in a lottery. This camera operated for three days. The result was a reduction in average speed from 32 to 25 km/h.

Beyond this, more and more smartphone apps make use of game mechanisms. An example is the mobile traffic and navigation app Waze, which rewards its users when they report congestion or an accident, or map unknown roads. A points system and rankings create a situation of competition among the app users and lead to an increase in their activity, which means that the available volume of road traffic data rises.

The Mexican research team in the Audi Urban Future Award 2014 plans to use gamification methods to motivate people to join in and change their behavior in traffic. The aim of the first stage is to set up a valid mobility database which does not yet exist. In future people in Mexico City could, for example, donate their personal mobility data via a website and a smartphone app specially developed for the purpose – for every kilometer recorded there are digital badges and bonuses. The initial aim is to get 50 000 data donors who will show how people get around in the “most painful commuter city in the world” (IBM Commuter Pain Index). 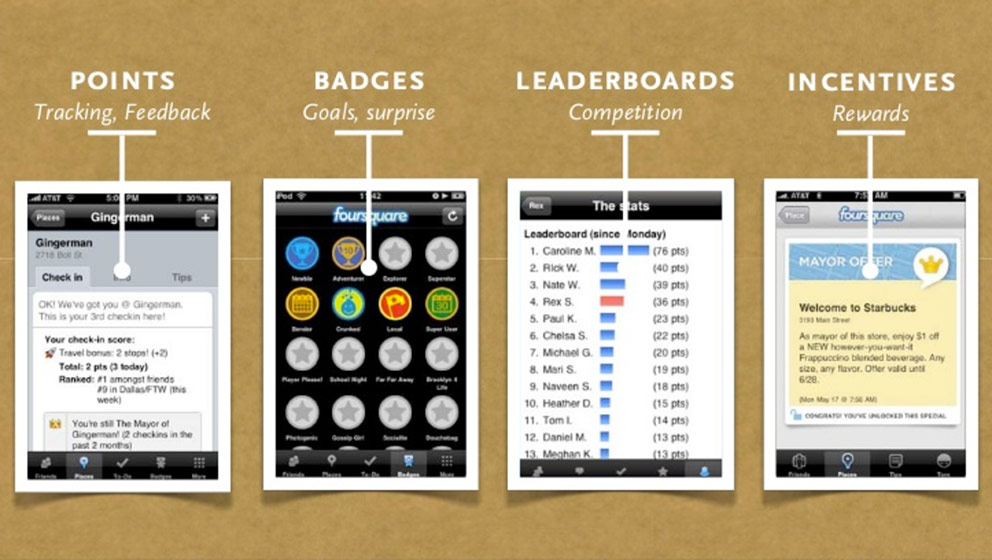 Feedback in the shape of points, badges, achievements, rankings and praise is an important component of gamification. Photo © Sebastian Deterding 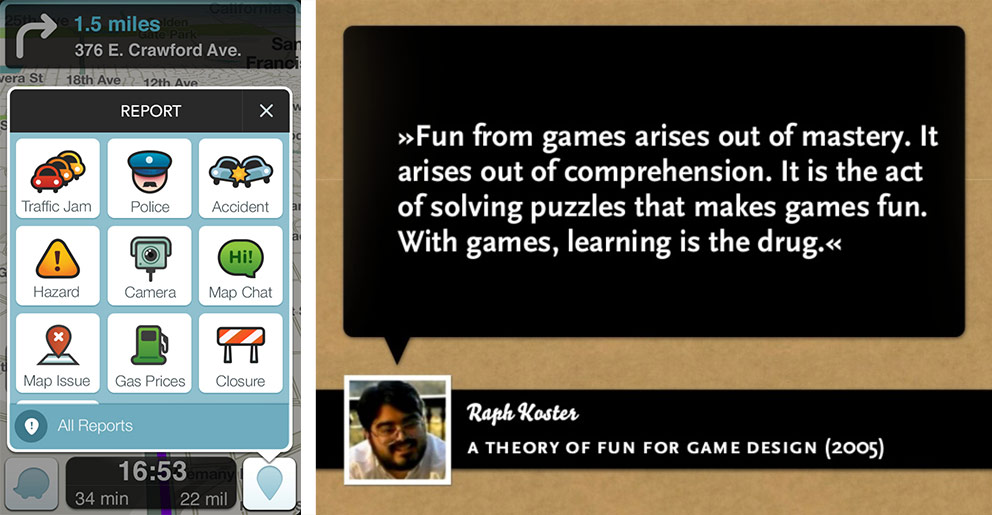 Raph Koster, game designer and editor of the book A Theory of Fun for Game Design. Photo © Sebastian Deterding
Advertisement