Hotel
Something for everyone

Potato Head Studios are a luxury hotel on Bali by OMA and entrepreneur Ronald Akili that is also destined to become a cultural hub for the local population.
by Fabian Peters | 3/30/2020

It is a time-honored tradition for the classic grand hotel to consider itself a full member of the metropolis in which it is located. It creates a meeting place for guests and locals alike and some of its success derives from it becoming a regular part of the social life of “its” city. The opposite has tended to hold true for holiday resorts – to date, that is. They typically isolate themselves from their surroundings and scrupulously regulate how much of the “outside world” is admitted. As regards creating services for the local population this is usually restricted to offers of work. However, when Indonesian entrepreneur Ronald Akili founded the Potato Head Beach Club in Seminyak on Bali in 2010 he wanted to bring in both locals and tourists. So, he created a trendy international hangout complete with a restaurant, lounge, music club, bar and swimming pool. The outer facade of the semicircular Beach House consists of countless historical shop fronts that were collected and brought in from all over Indonesia. Entertainment is provided by a program featuring international DJs, music festivals, and events whose major focus is on the topic of sustainability. With this mixture the entrepreneur brought an attitude to life to Bali that was previously associated more with western cities and holiday destinations like Ibiza.

In 2015 Akali opened his first hotel, the Katamama, right next to the Beach Club – and here he once again combined Indonesian and international influences to create a fascinating blend. Indonesian architect Andra Martin designed the building with its 58 suites as the symbiosis of modern shapes and traditional materials like Balinese bricks, hand-made Javanese tiles, and teak. Martin was also involved in the latest and most ambitious project of Potato Head Studios, although this time he has been supported by OMA partner David Gianotten and his team.

OMA and Martin have come up with a hotel building that adapts many qualities of the classic grand hotel to the specific local circumstances. The complex stands on stilts or pilotis in a ring around a central open space, while the four sections of the hotel form a square so the free space doubles as an inner courtyard and a link between the courtyard and the beach. This square then becomes the venue for a wide range of activities on offer – from the daily yoga course to the culture festival. The lobby’s counterpart is the large terrace which extends over the building’s entire roof. It includes a sculpture park and other areas open to the public that can be accessed from ground level. Similarly, the elevated hotel lobby also has ground level public access. Between the elevated section and roof the architects installed a stairway that winds its way over the entire complex and takes in the restaurants, pools and spas of the Potato Head Studios. On the second floor there is also a private garden for the exclusive use of hotel guests.

The building’s architecture makes various references to local traditions. For example, the idea of arranging the complex’s buildings around an inner courtyard cites the tradition of courtly Indonesian and Balinese houses installed around a courtyard. In addition, the perforated geometric pattern of the hotel facades facing the courtyard - and through which light enters the corridors to the guest rooms - reflects the appearance of the carved wooden Balinese calendar known as tika. The latter, which divides the year into 210 days, is still used on Bali today. The appearance of the guest rooms (168 in all) is dominated by walls of red-dyed concrete, terrazzo flooring and minimalist teak furniture. Accents are set by individual items created by British avant-garde designers Max Lamb and Faye Toogood and realized by local artisans both from traditional materials and recycled plastic.

Incidentally, another British artist is involved in the project, namely DJ Harvey. A pioneer of the disco/garage/house sound, he was consulted when it came to the fit-out for the Klymax Discotheque in the hotel basement. Moreover, the Potato Head Studios also features an exhibition space as well as rooms for the Wild Life Archive. The latter is not as you might think a natural history collection, but rather an important collection of objects on the more recent history of dance music. An amphitheater, located between the new building and the beach will in future serve as a venue for contemporary performance art but equally for performances of traditional Balinese dance and song.

With this broad range of offerings designed to appeal to both locals and guests the Potato Head Studio is to become a venue where various groups of people can meet and to act as a place for interaction between different cultures – a role once undertaken by the grand hotels in metropolises around the world. 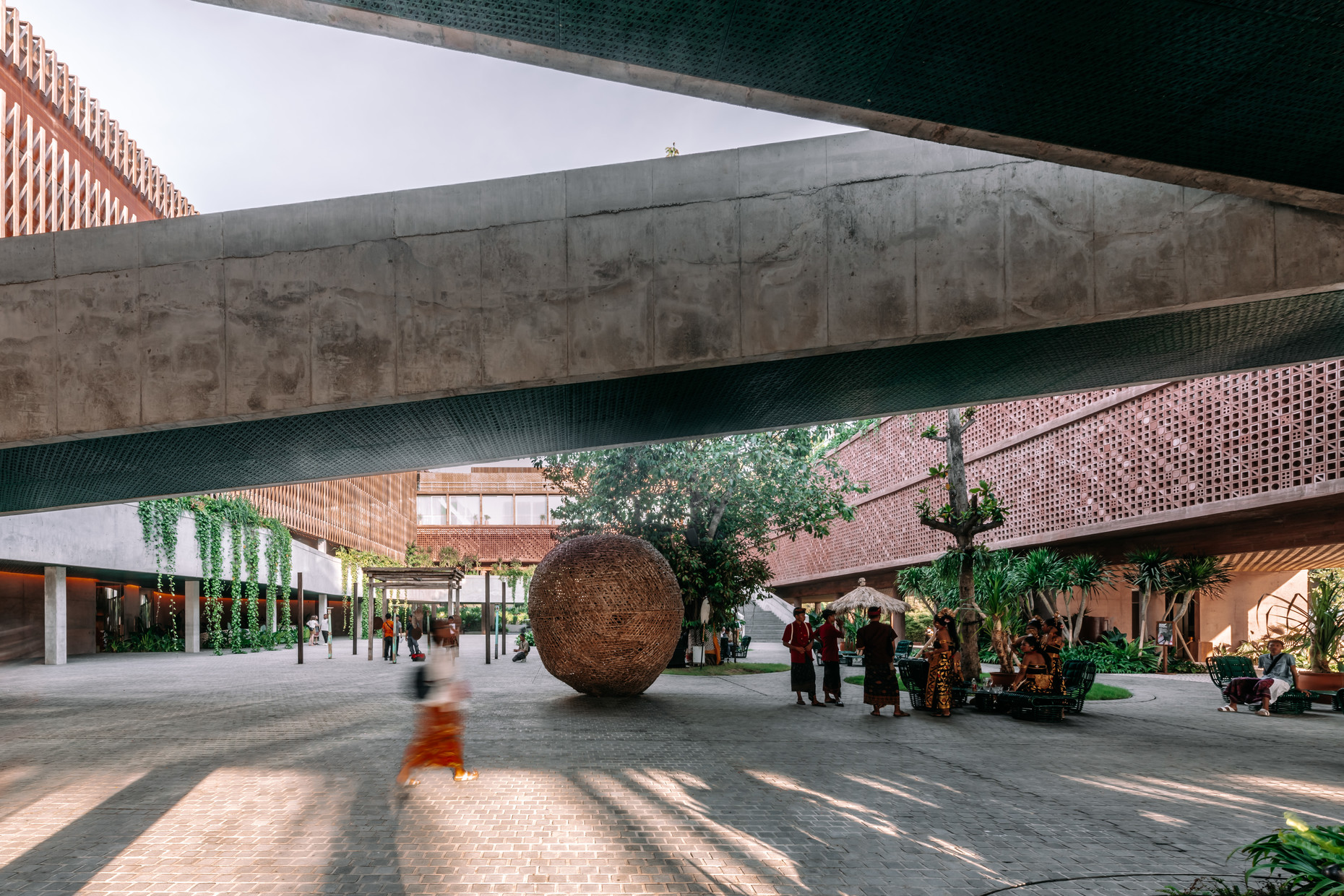 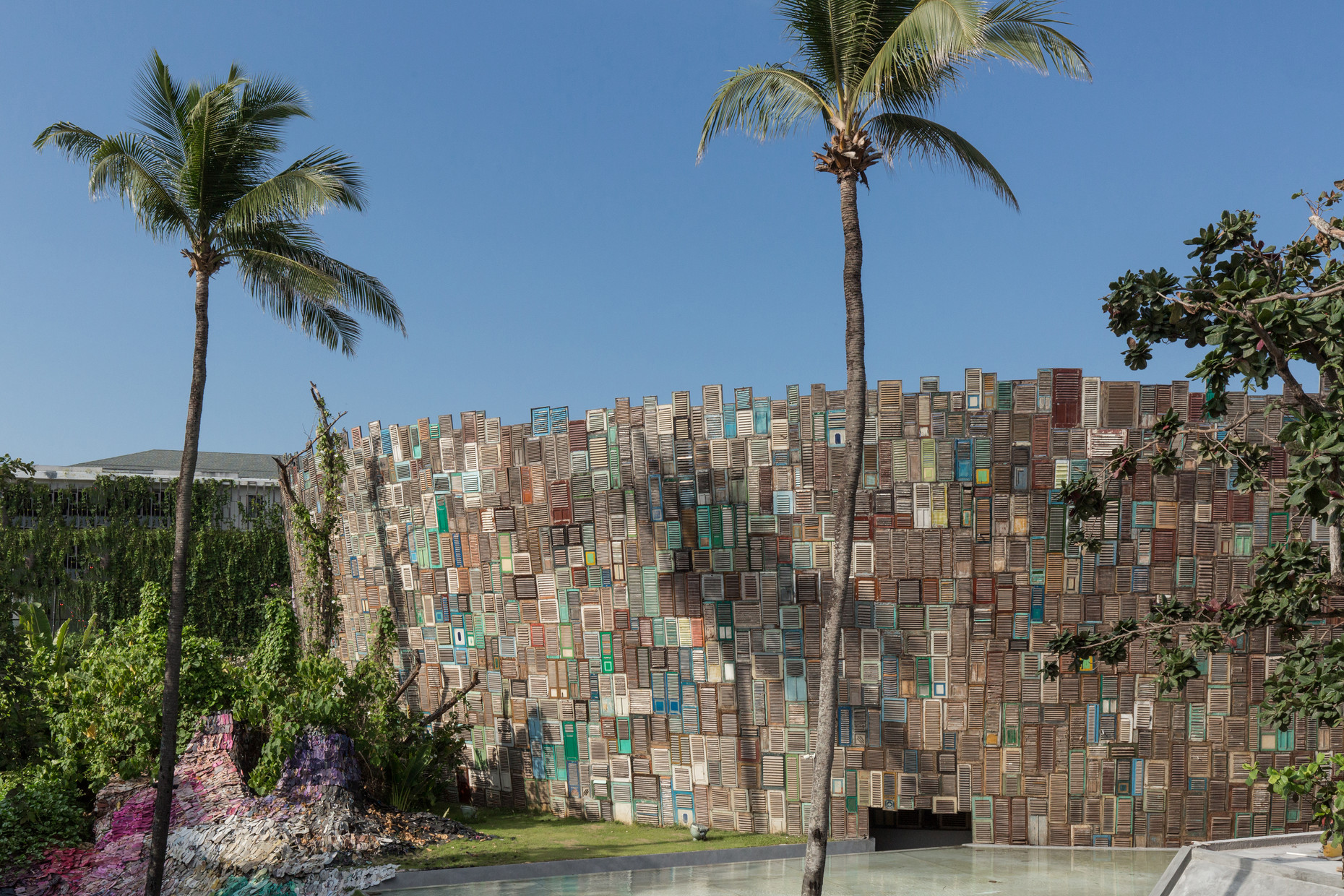 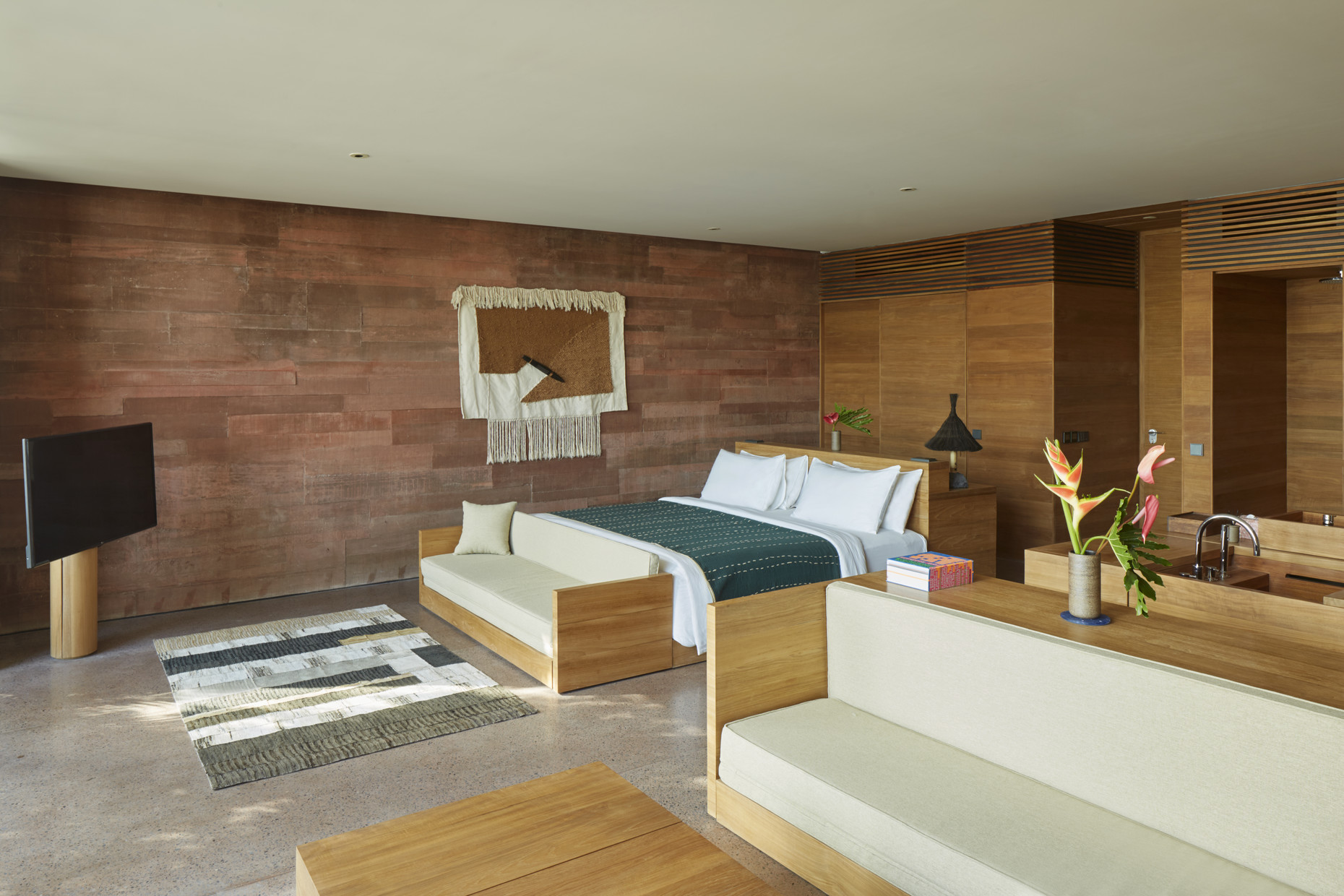 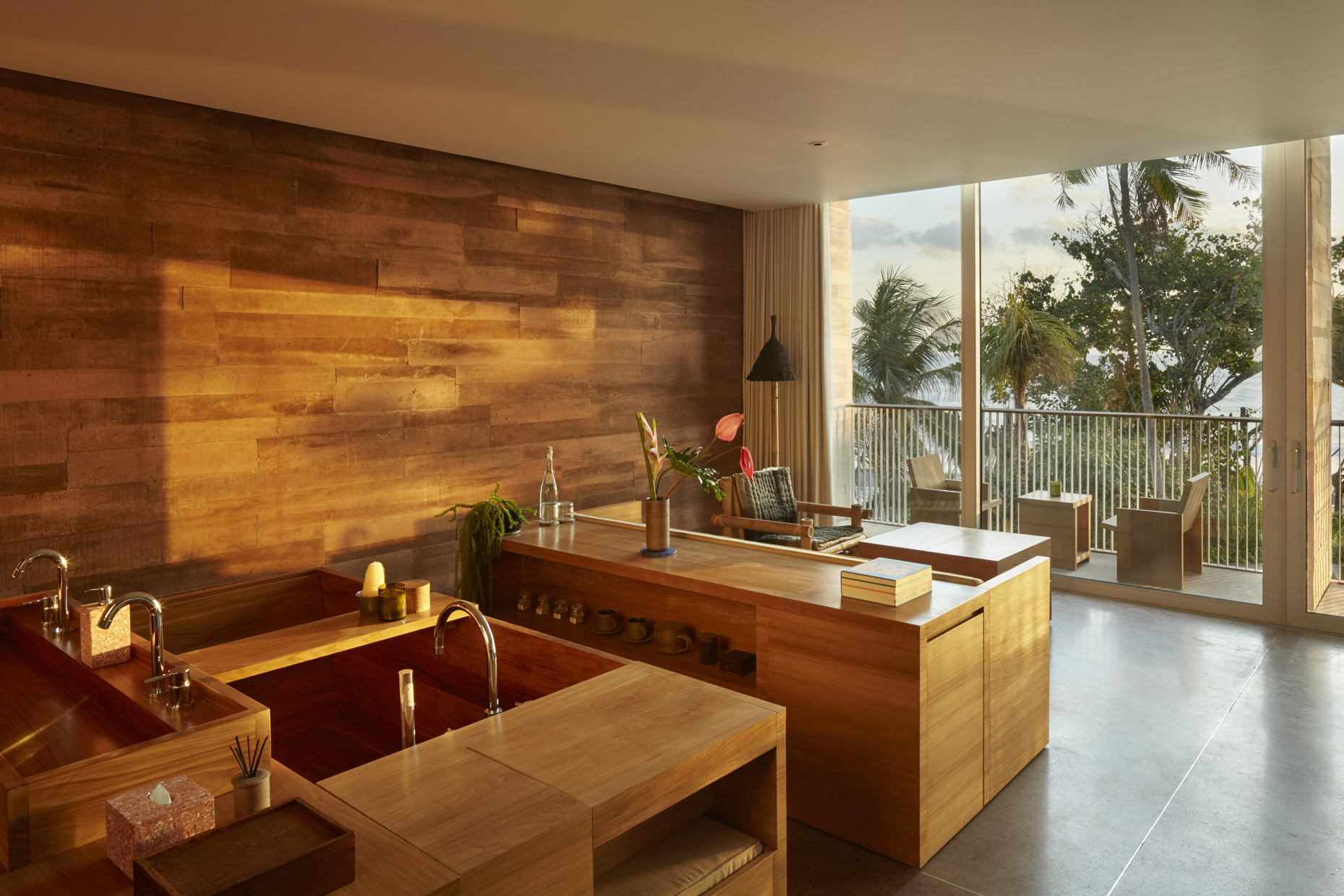 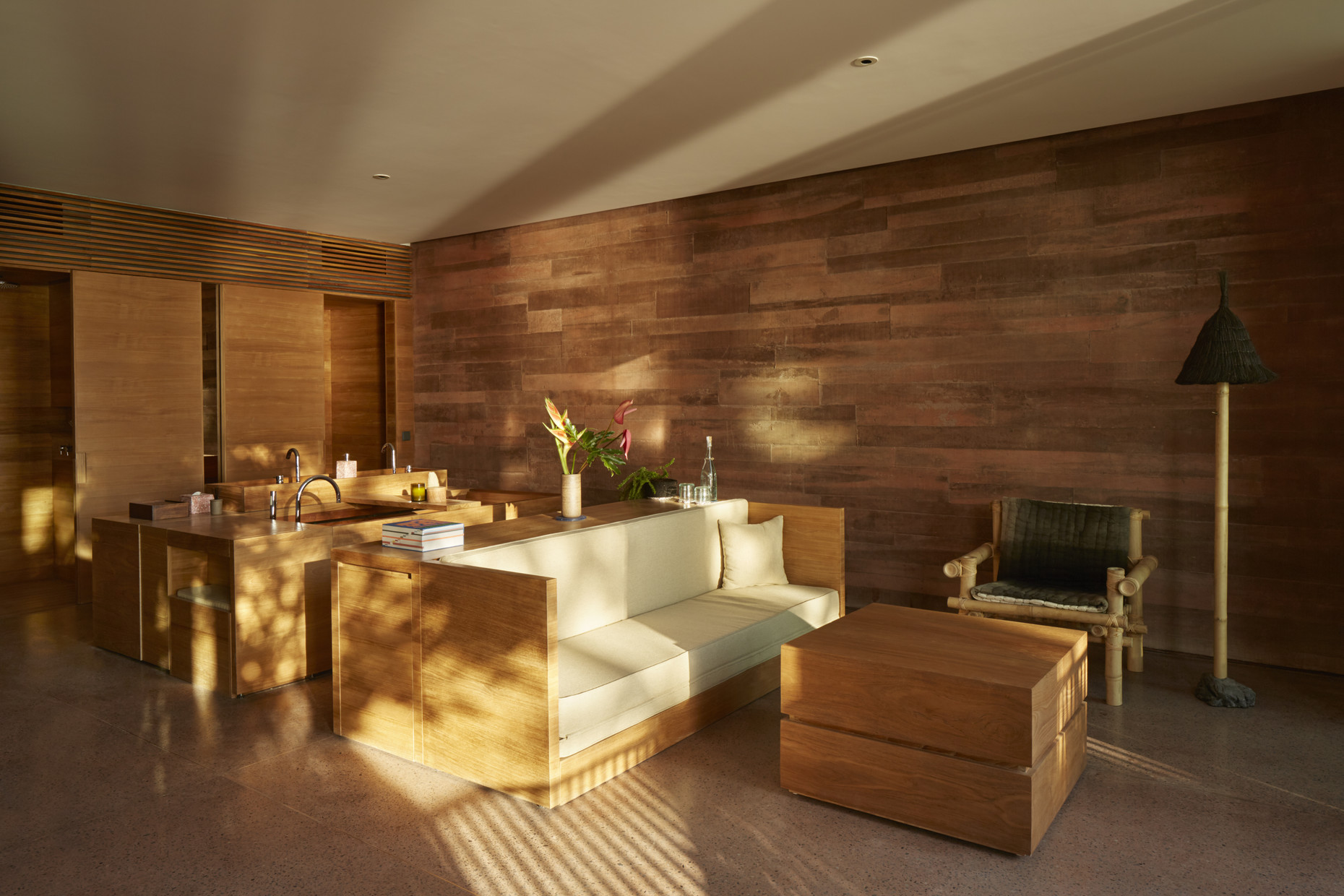 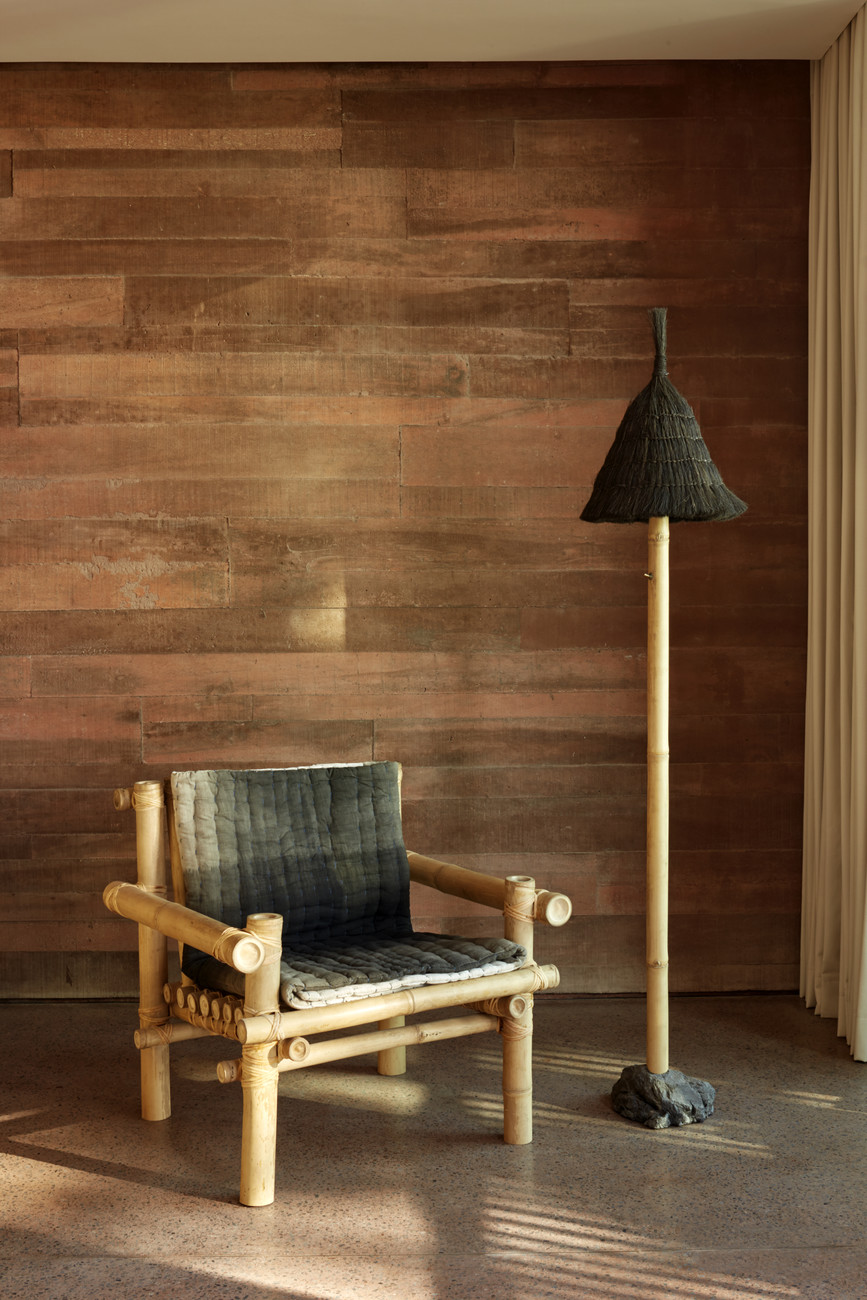 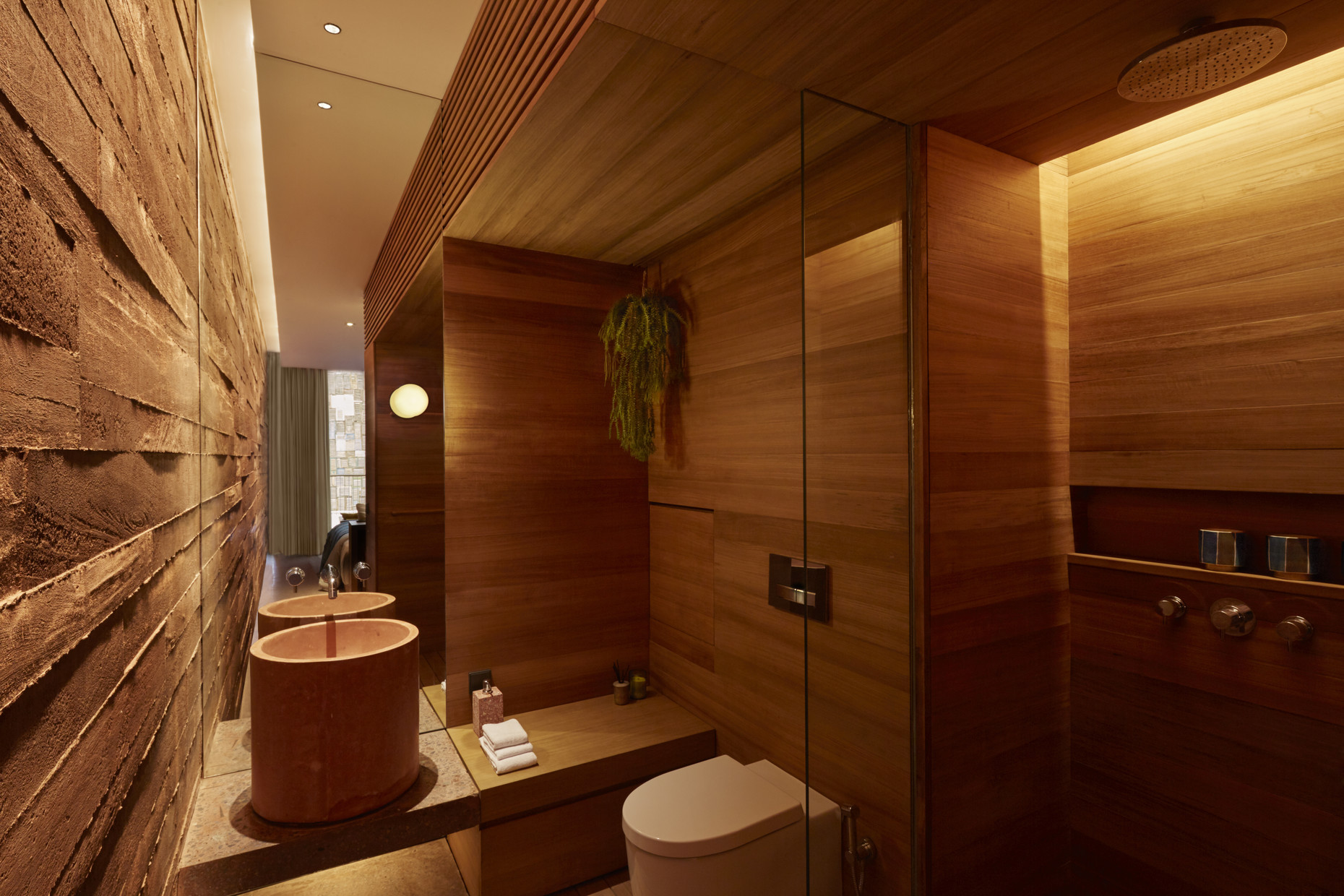 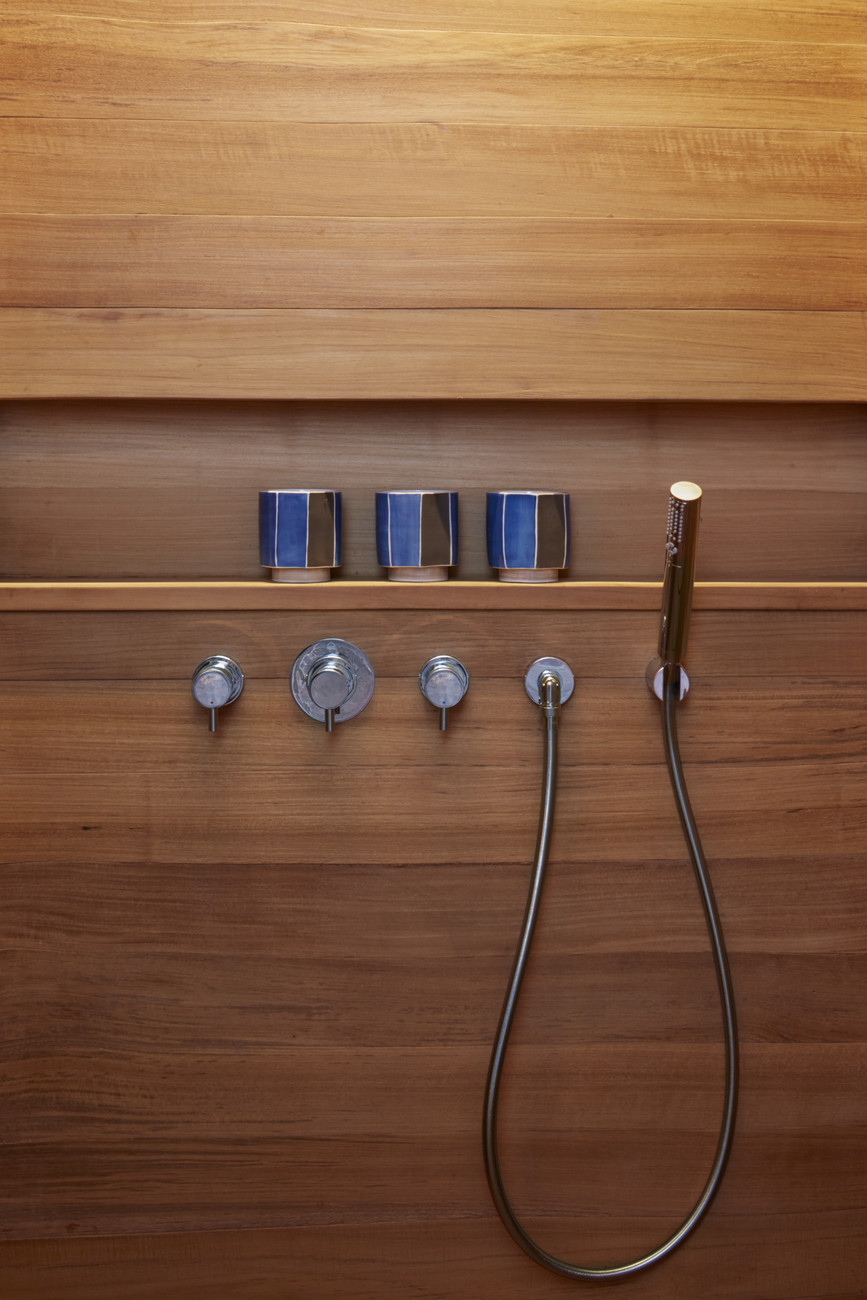 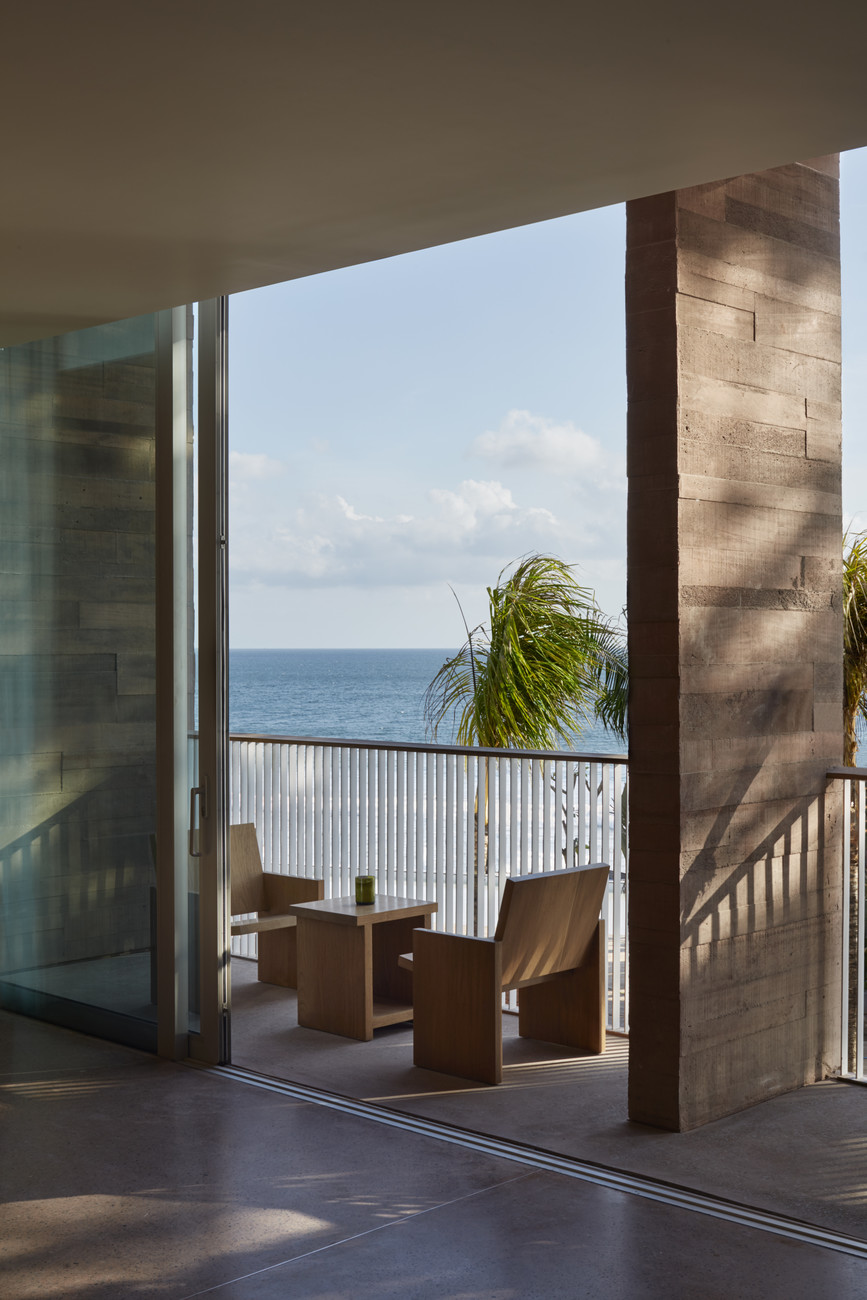 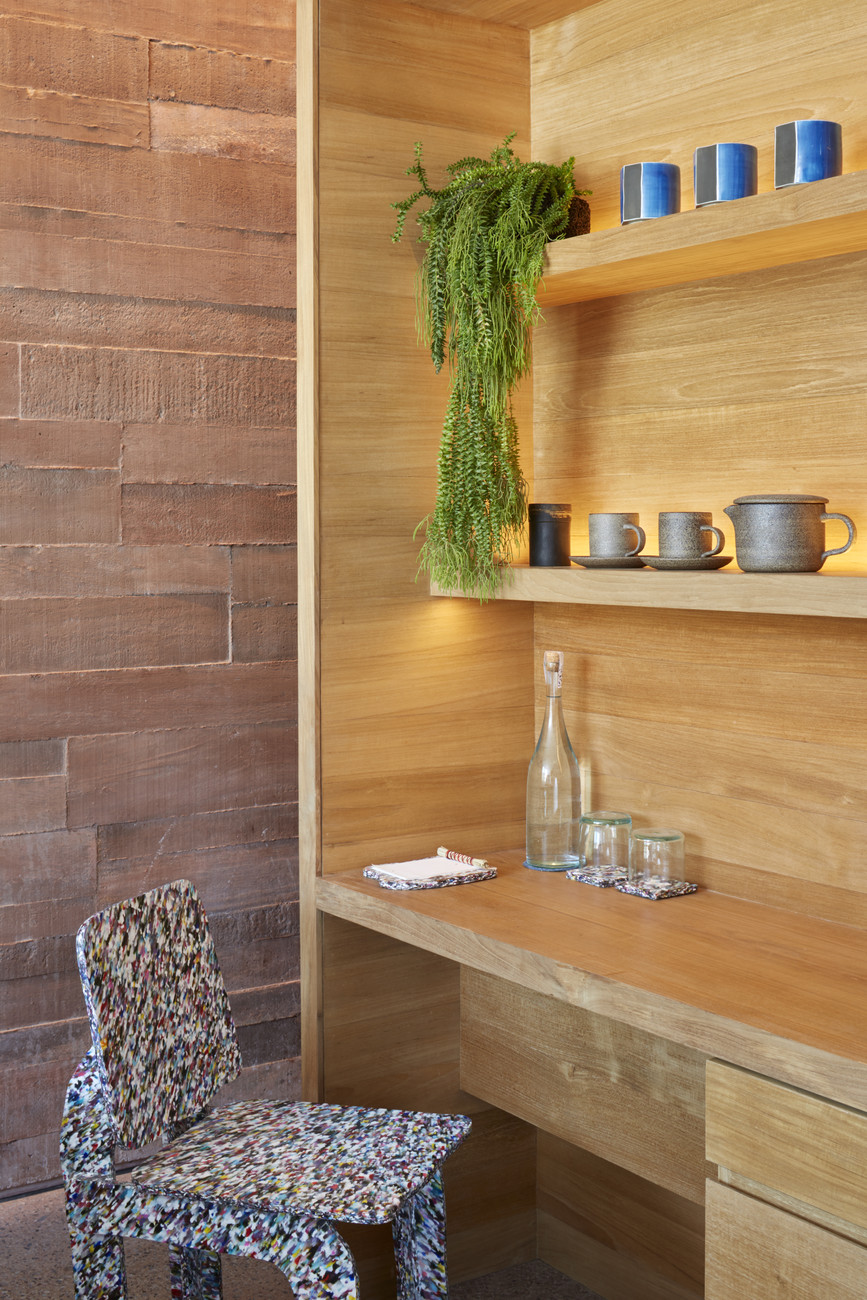 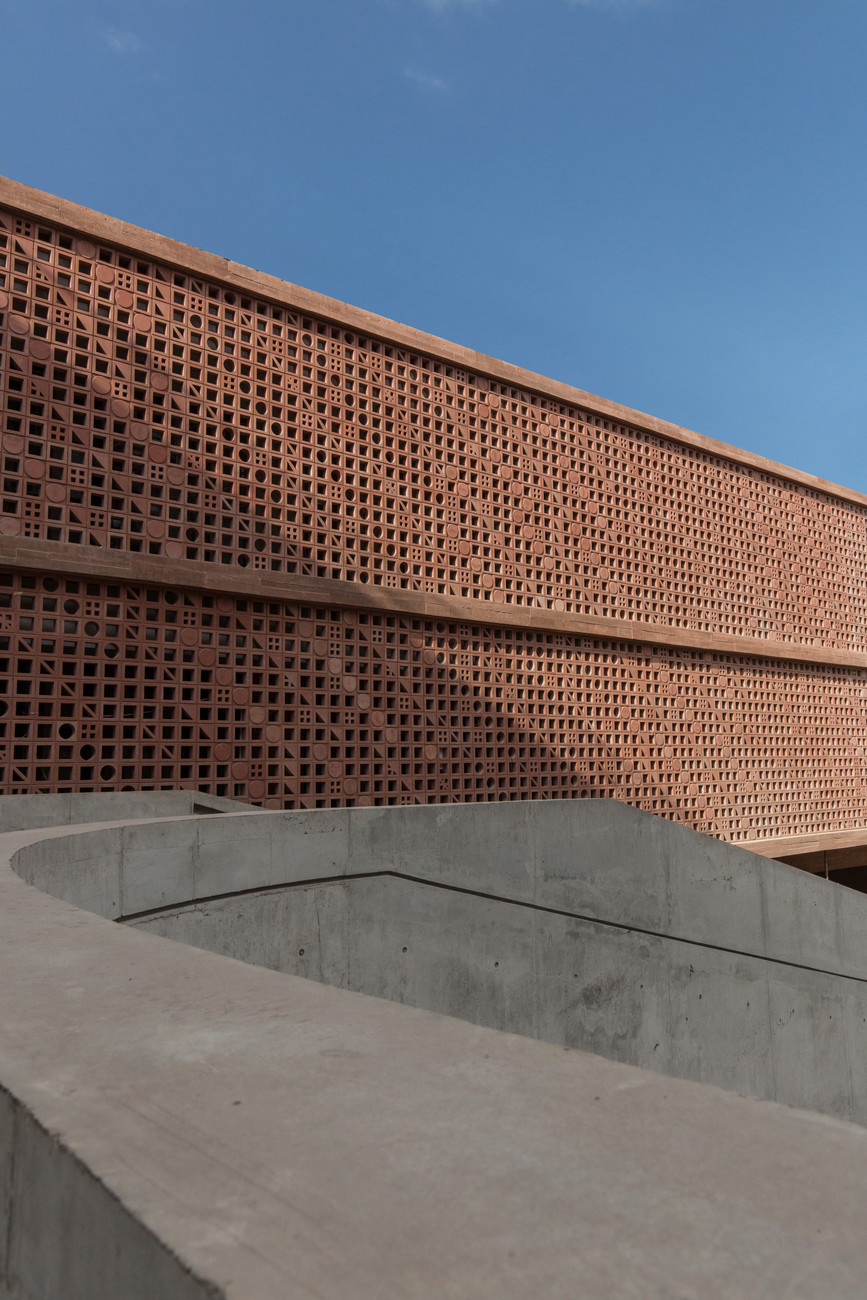 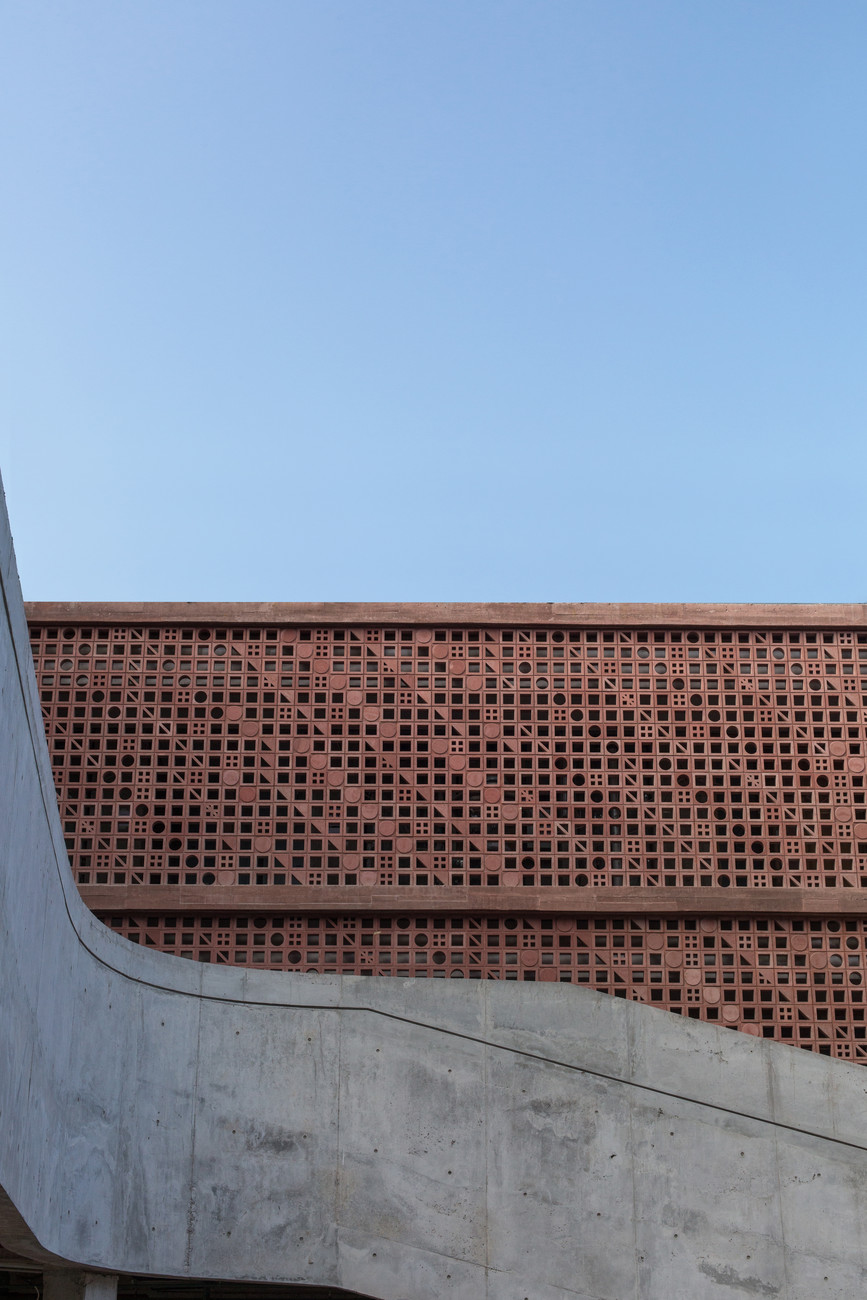 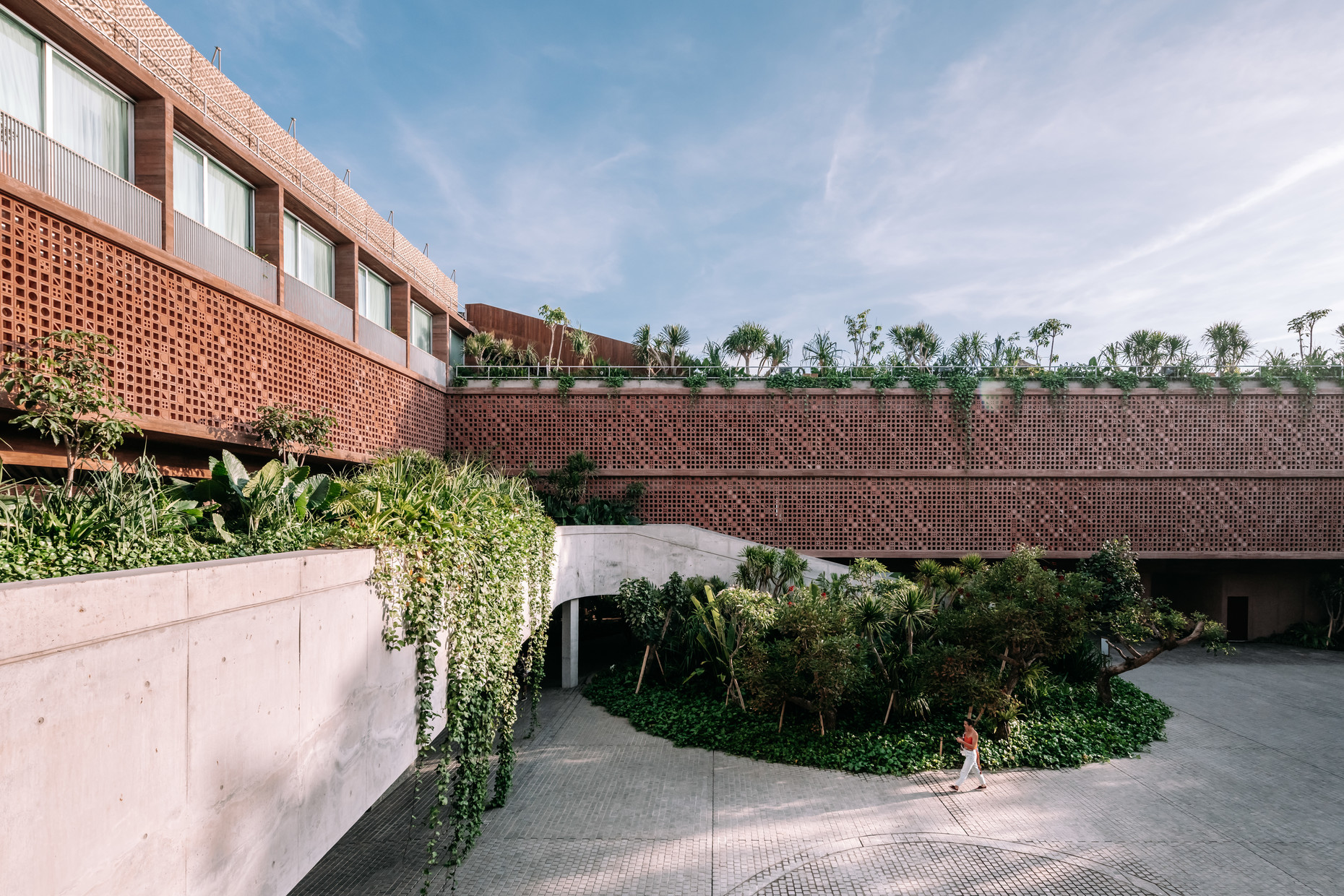 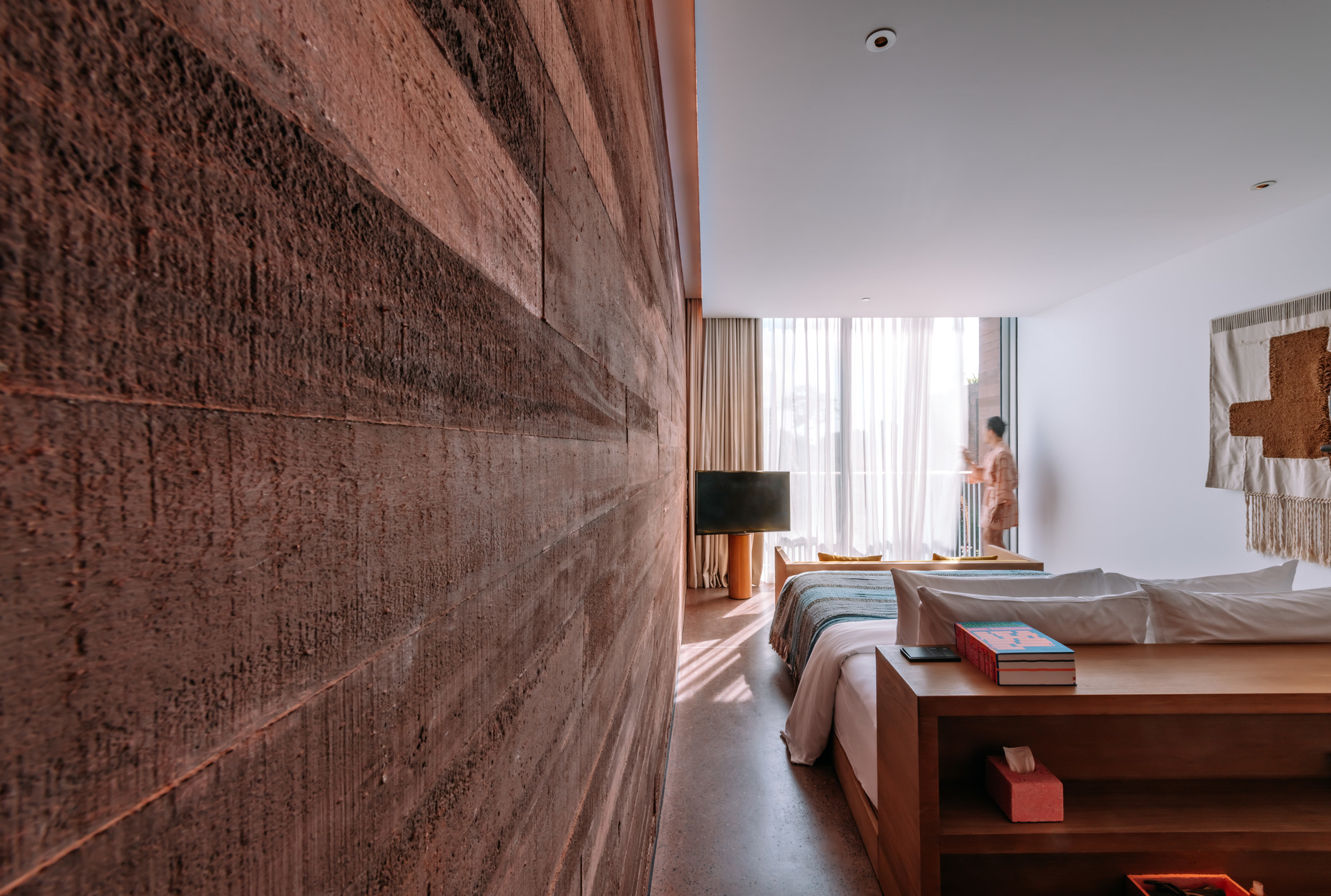 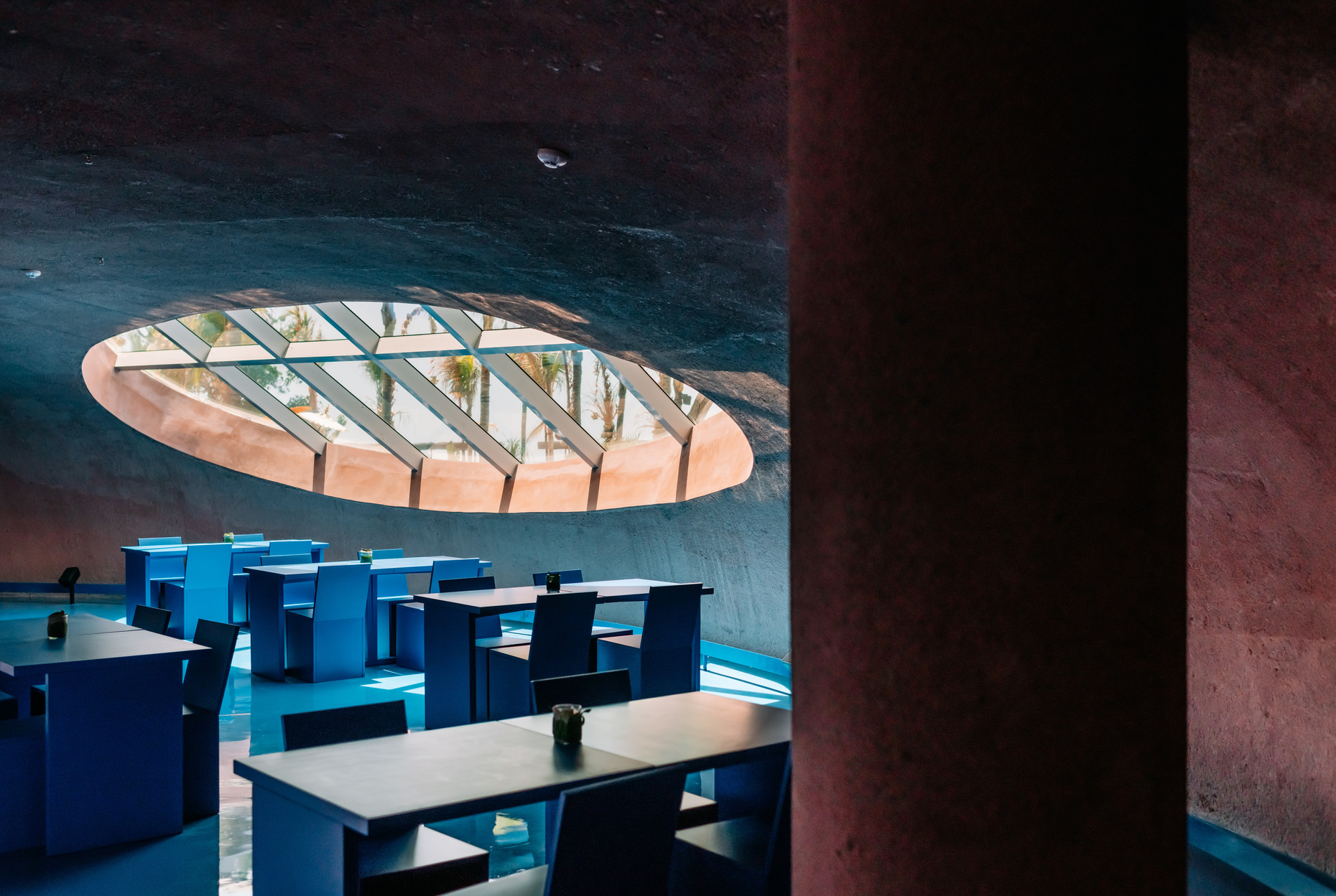 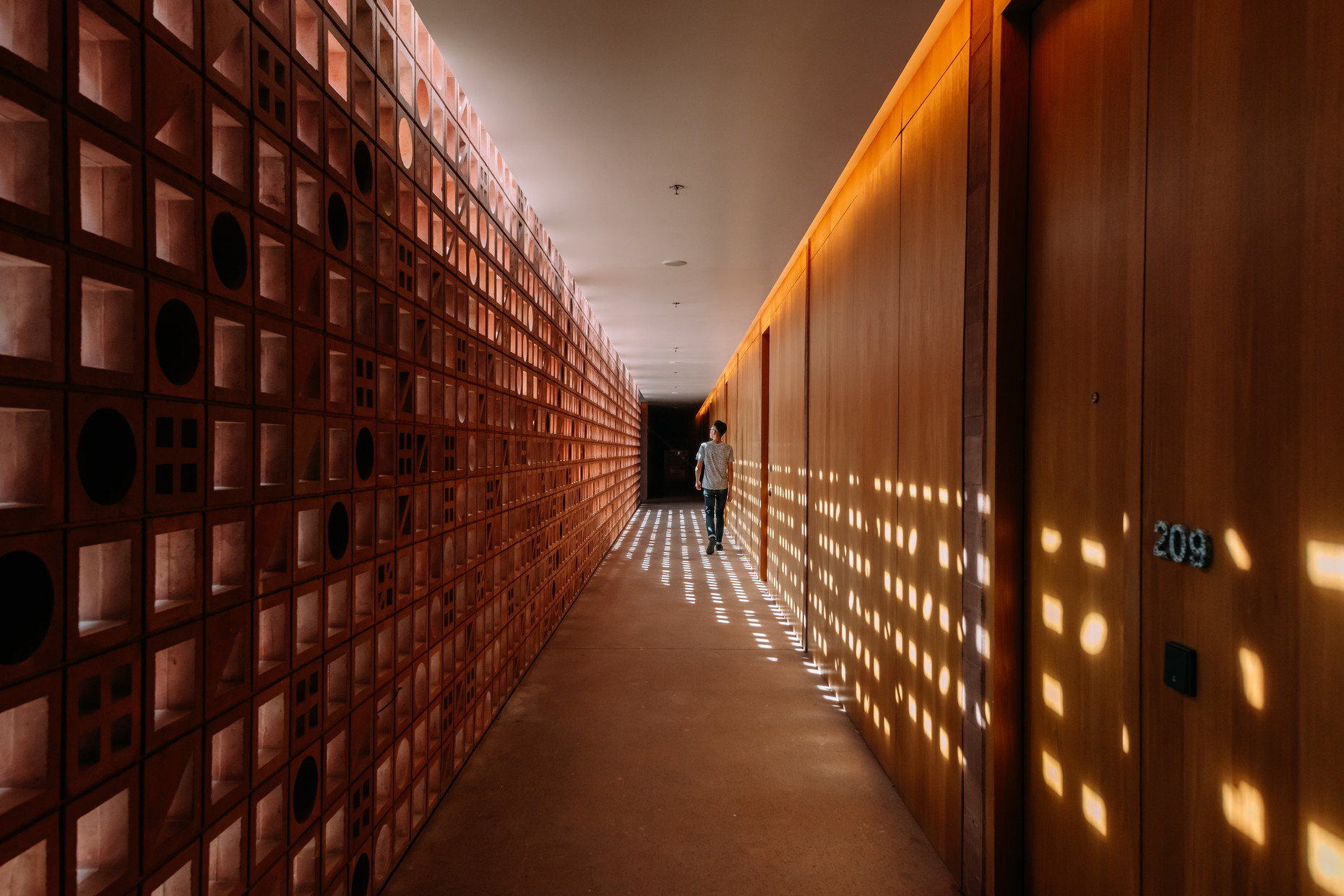 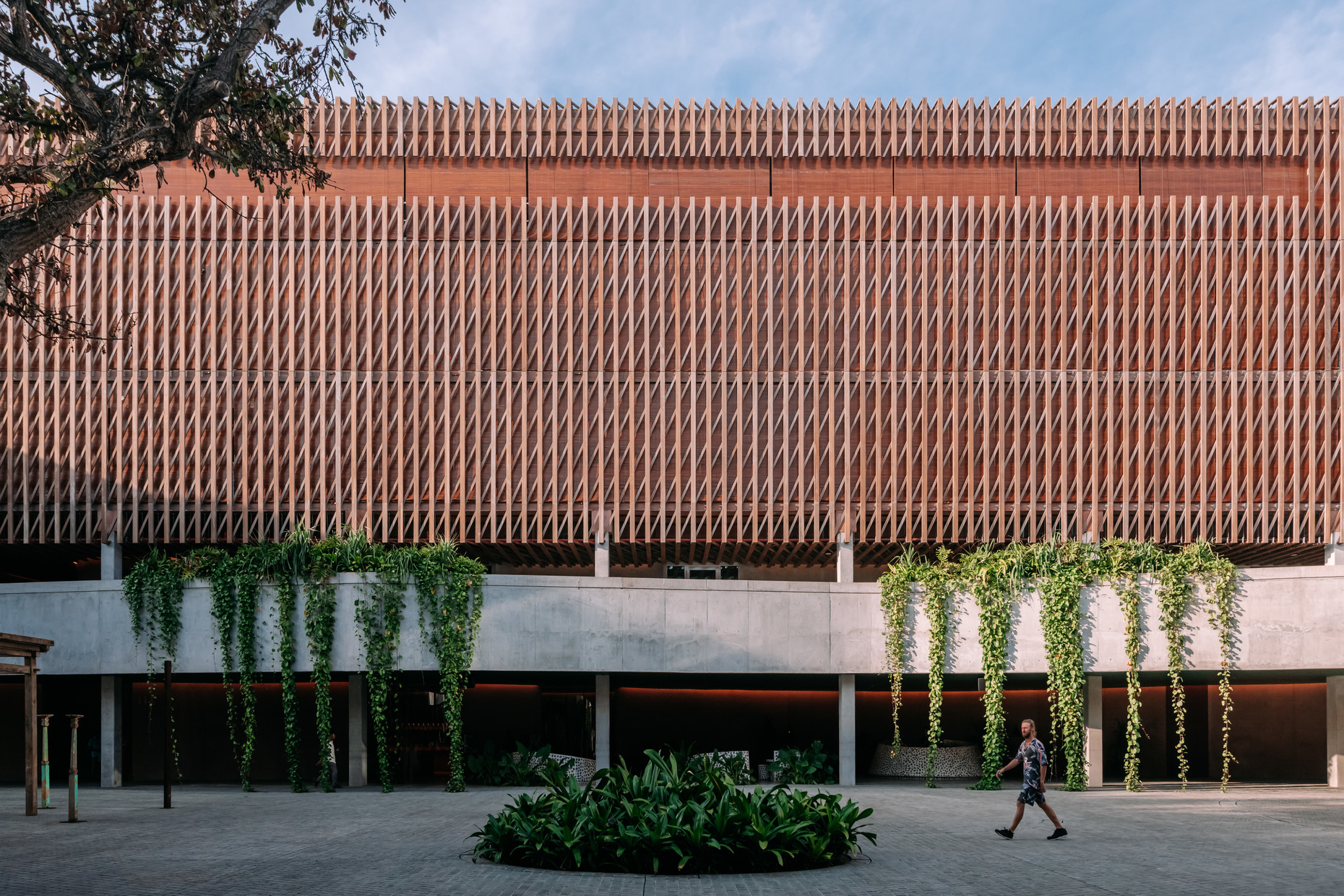 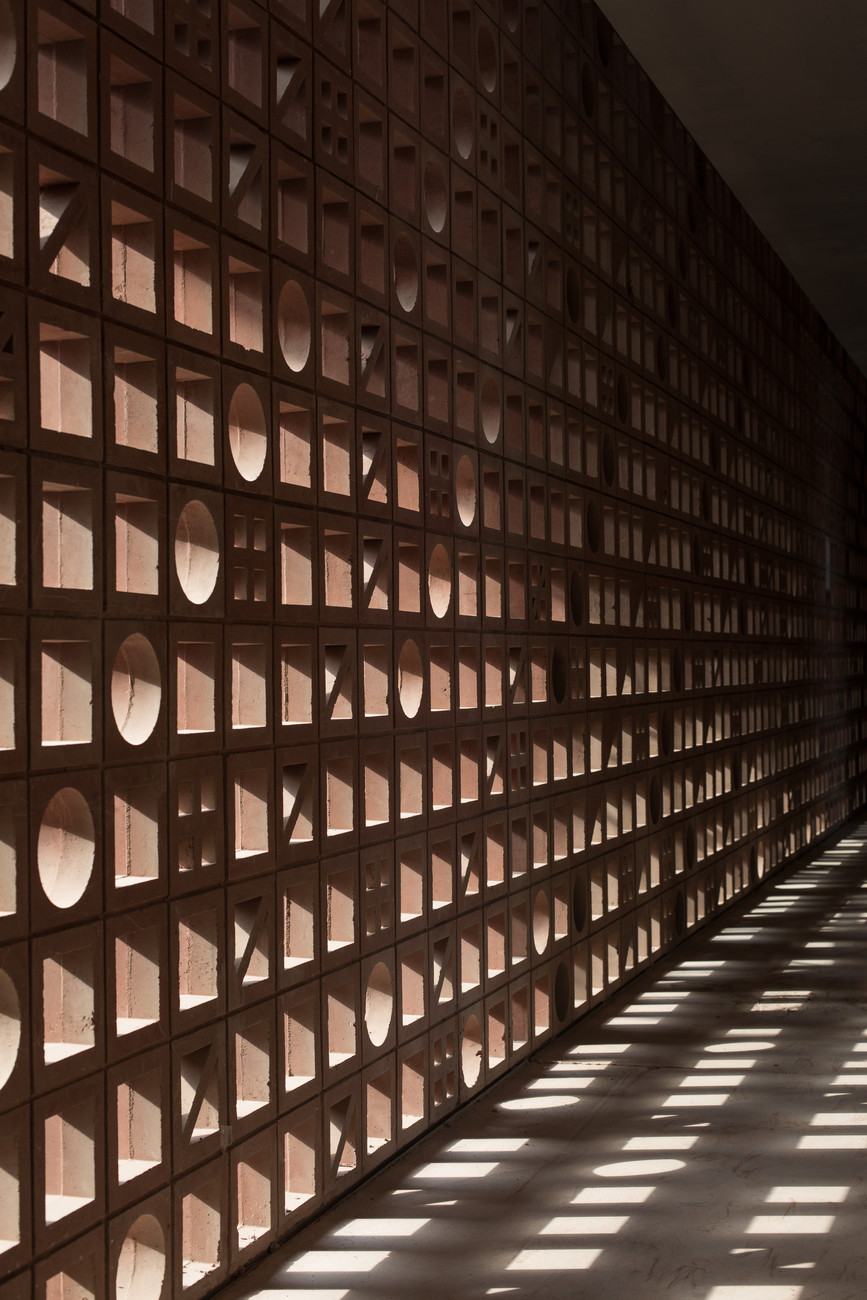 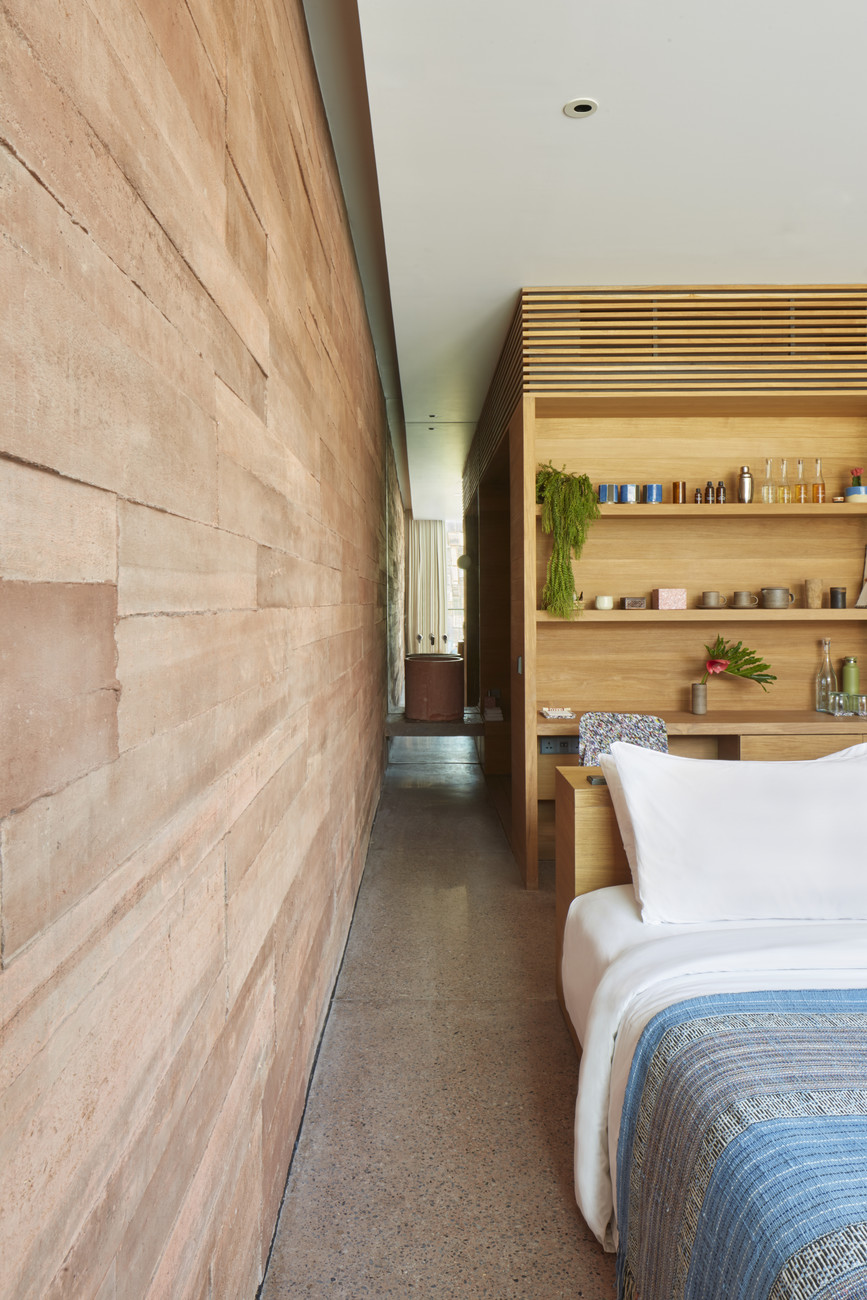 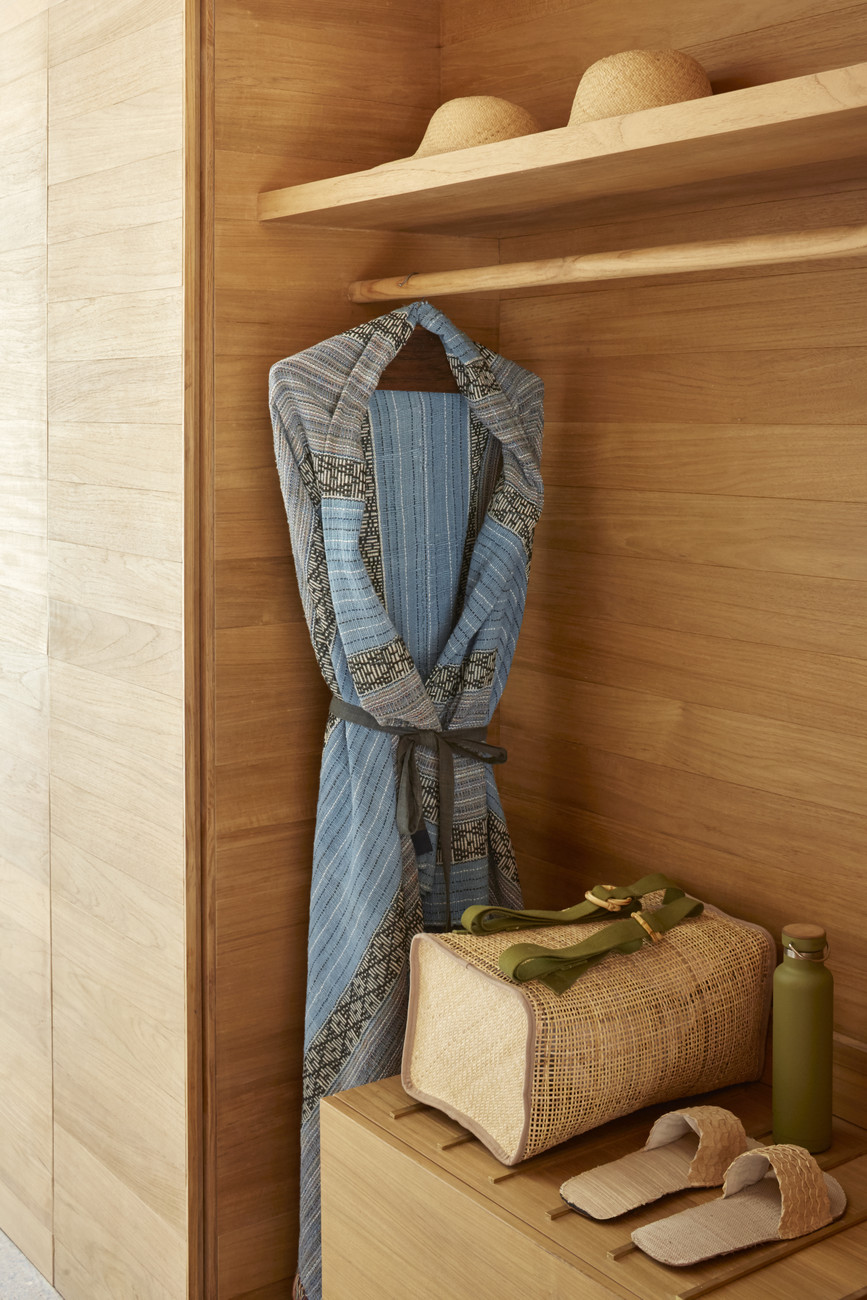 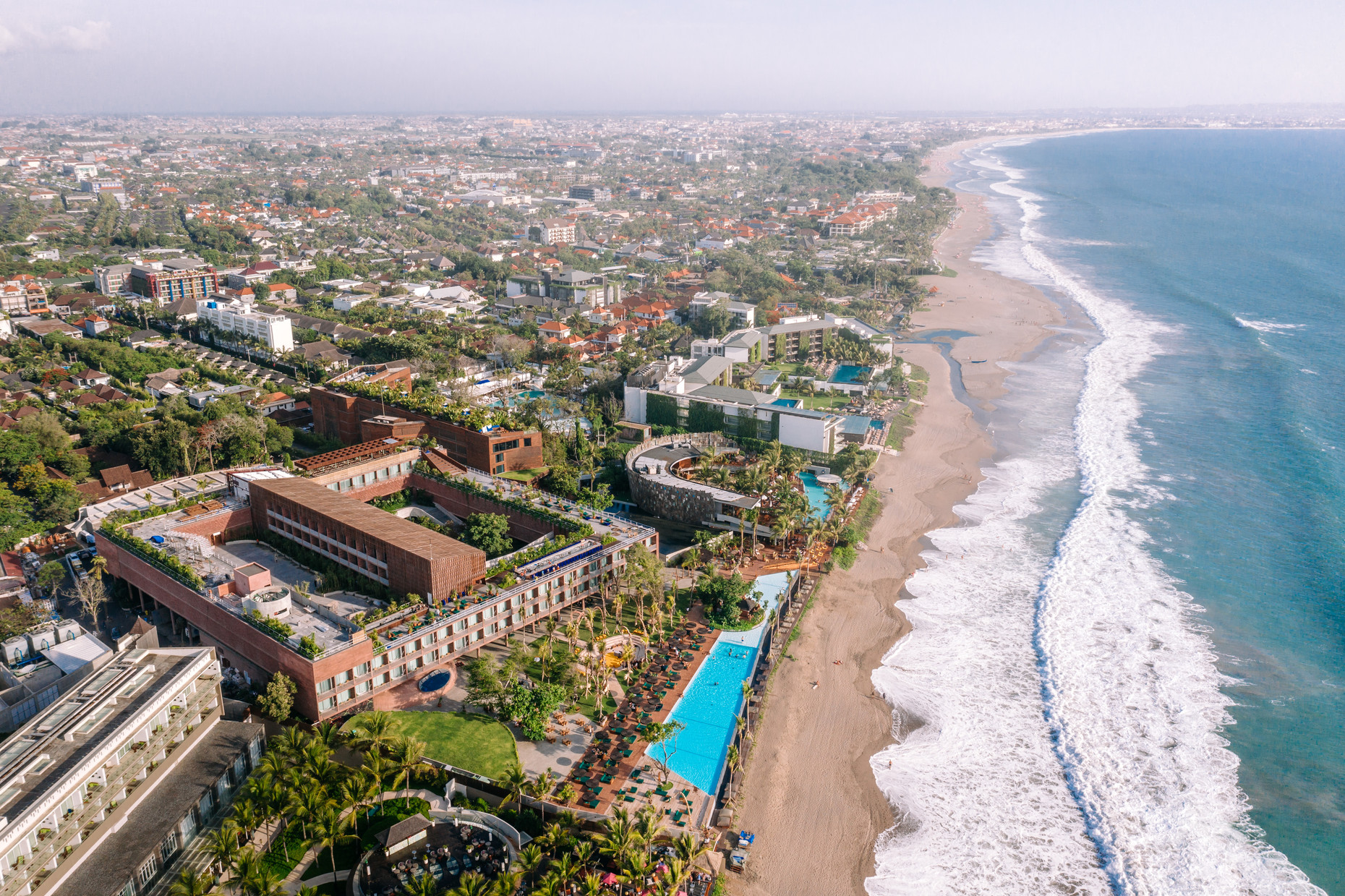 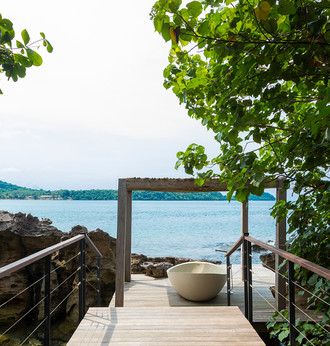 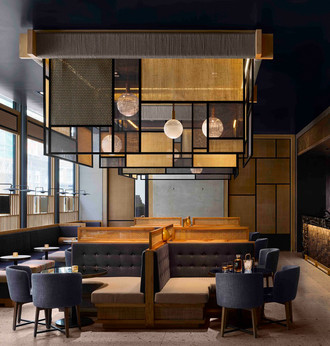 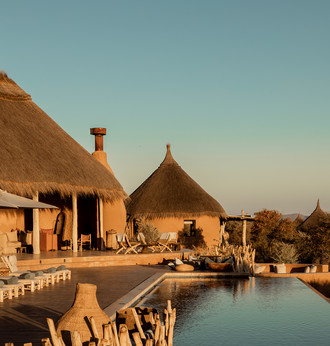 Luxury and conservation in Namibia

How the hotel project Omaanda Lodge in Namibia combines exoticism with sustainability. And why film star Angelina Jolie was the inspiration behind it. 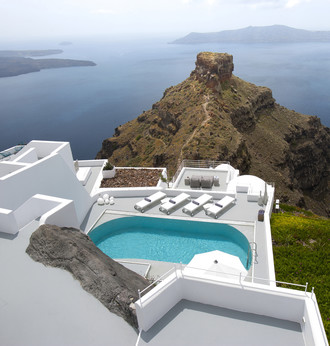 The Grace Hotel on the Greek island of Santorini offers guests a luxurious stay with a magnificent panoramic view.
Advertisement