What do the MoMA, the Museum of Modern Art in New York, and the NACT, the National Art Center , have in common? In both cases the seating in the visitor areas comes from Denmark and is as prominent as its designers. Some are called PK 22, PK 80 and 3107 - and aficionados know that these are icons such as the "Easy Chair" and "Sieben". The others - the designers - are Poul Kjærholm (1929 - 1980) and Arne Jacobsen (1902 - 1971). The sole copyright holder and manufacturer of this prominent furniture is the long-standing company of Fritz Hansen. Founded in 1872 in Copenhagen and initially specializing in the manufacture of furniture components like chair legs and metal tube frames, in the mid-1920s the company focussed on close collaboration with well-known designers and architects, including Piet Hein, Bruno Mathsson and Niels Gammelgaard. Their extremely successful partnership with architect Arne Jacobsen began in the mid-1930s. Since then, the name Fritz Hansen has stood for design classics made in Denmark.The current Fritz Hansen Fall/Winter Collection 2007 is a tribute to Poul Kjærholm, the "master of detail." Kjærholm's widow, architect Hanne Kjærholm, and Fritz Hansen have developed two items of furniture which have not yet been produced, the chair PK 8 and the dinner table PK 58 (a little brother of the round PK 54 with its famous cubic foot), so that they are now ready for production, on the basis of drawings and prototypes Kjærholm left behind. In addition, well-known classics have been reinterpreted: The armchair PK 22 is now also available with a soft suede cover, the recliner PK 24, the original of which is made of wickerwork, is available in upholstered leather.Kjærholm, who only used natural materials, which for him included steel, was constantly looking for the ultimate material and finish. Presumably because his interpretations of Modernism display a softer and lighter formal idiom than the strict functionalism of a Mies van der Rohe or a Gerrit Rietveld, today the PK 22 is naturally at the NACT, where it is in perfect harmony with the contemporary Japanese architecture.www.fritzhansen.com 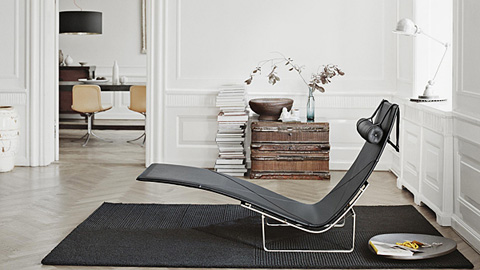 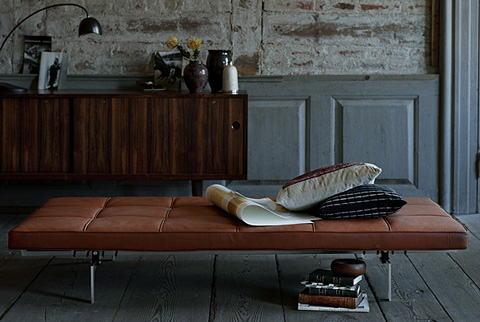 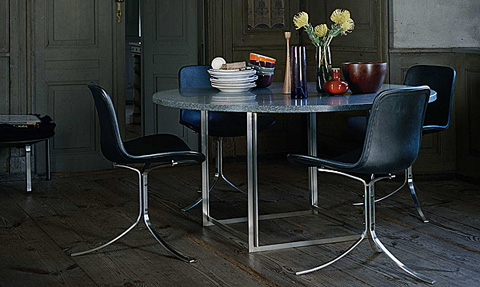 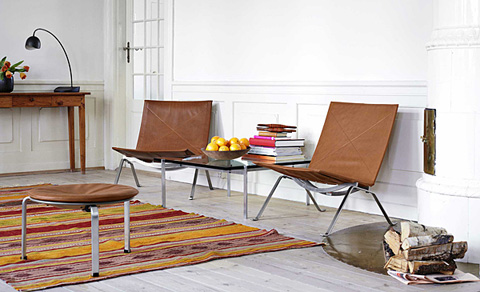 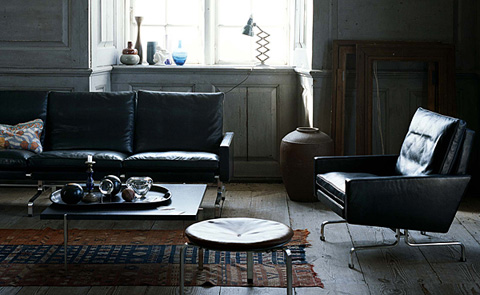 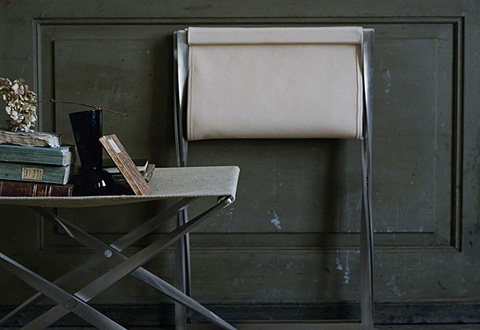 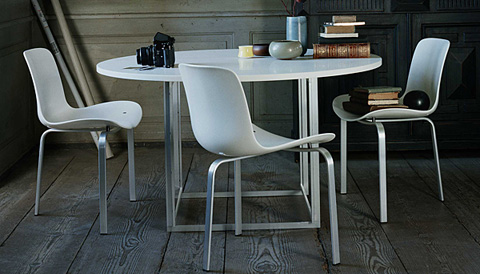