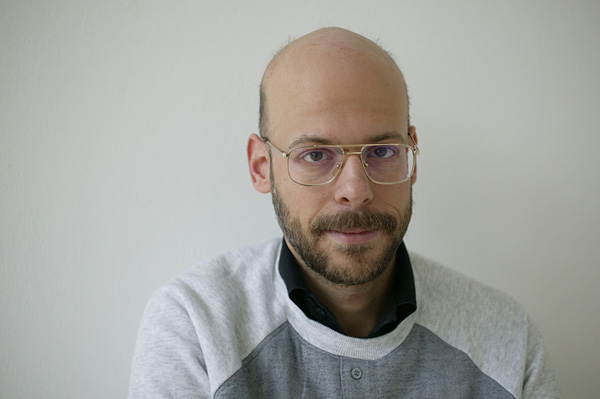 The supposition that helped trigger this debate, namely that in Hamburg we teach design as art, and subordinate ourselves to it, is surprising. We have no intention of denying that the Hamburg University of Fine Arts is an art academy. And in any number of ways we do indeed endeavor to extend design's field of activity and thought processes, which are wrongly restricted to (consumer) products, and which contradict its existence in real terms as a concept and practice. And we are very much open to a close exchange of thoughts and ideas with the (artistic) disciplines. But just as in Hamburg film makers make films and painters paint, typographers do typography, and sculptors sculpt, we designers design, or rather teach and learn it. Like the others we do this in the broadest sense, as we are extremely interested in sounding out, optimistically and self-critically, the opportunities design practice offers and experimenting with new formats and contents. The uproar about the assumption that in Hamburg we are teaching a particularly subservient, incomprehensible form of design art that is hostile to products, or at least planning to do so has, however, triggered an exciting public discussion about the relationship between design and art.

Various different design concepts are at least implied in all the confusing and polemical to-and-fro of the debates about design, yet it is noticeable that little light is shed on the interpretation of art provided in each case, either as a specter or an aspect of desire. Not that I can really provide any clarity here. In my opinion ,however, the artistic (in design) can be understood neither with the denunciatory reference to "incomprehensibility" as a possible criterion for art nor by citing purportedly artistic characteristics, referred to, for example, as "provocative, radical, bold" and "free" or subjectively ingenious. Instead, both perspectives are misleading in that they contrast artistic practices to social normality in a manner that can be mad or pert. One can either quite simply not understand them, or they courageously oppose it. As if there were no art market and no art hanging in the Federal Chancellor's Office and bank branches. And as if artists did not address how to construct, endure or revoke the contrast to the world or the normality ascribed to them. The question as to whether, with regard to the specific point of their proximity to or distance from reality and grim social circumstances art and design, differ from or resemble one another, is exciting. That said, the real question is not which discipline, defined in whatever way it is, differs from one of the others, but rather its relationship with the world, what it has to offer it and to set against it.

In 1970 in the foreword to his book "Design as Art", artist and designer Bruno Munari turned what we are discussing today the other way round. He very productively redirected the perspective of this at times desirable, at others panic-stricken relationship, in which design eagerly eyed art's supposed liberty. According to Munari, design created a leitmotif for what were at the time the new trends of Pop Art, Concept Art, Arte Povera, and other forms of artistic practice that addressed everyday life. Design was actually the new art, as it offered precisely what art was searching for: a link and access to social affairs. This was the reason Munari gave for why artists, himself included, wanted to, should, and would become designers: "It is probably the desire to get back into society, to re-establish contact with their neighbours, to create an art for everyone not just for the chosen few with bags of money. Artists want to recover the public that has long ago deserted the art galleries, and to break the closed circle of Artist – Dealer – Critic – Gallery – Collector."

OK, it could well be that a lot of design has since been taken prisoner in the same cycles in and that the whole thing seems very romantic to us. However, it seemed at the time (and I maintain is today still, or again) attractive for artists to be involved in application and use, in social practice and everyday life. And it is clear to us designers why, as this relationship to reality is the core of what design seeks out. We suffer from it, as it is a pretty grimy affair, but in way want to forego it, because it is of relevance. If change is our task we must not define design in terms of a compulsive competition with art, neither as "applied art", which wants to get rid of the stigma of application, nor as a "form of art", which would have no idea of which understanding of art to fall back on or develop, and even less as the alternative to art, which would wrongly overlook its relevance to society.

It is nice that art is now eyeing design's potential for being condemned to a material and ideational relationship with the world. Design could learn precisely this about itself from art, namely that it should be involved in social debates. Because design is of course about its use. Its concrete benefit, its application, its inclusion in genuine disdainful everyday life. And as a result has an inevitable impact. So is design art? Were art still to be regarded as autonomous, design would certainly not. That is quite clear. Otherwise it could well be. Though that is not so important. Is an art academy the right place to train designers? If the interpretation of art and design were restricted to that of a particular discipline, perhaps not necessarily. Otherwise: hey, where else?

So why the worry about the supposed powerlessness of design that subordinates itself to art if design is in the process of being everything? Hasn't the blurring of design's boundaries been being observed and bemoaned for some time now, its expansion to everything and everyone, from hairdressers to lifestyle, from politics to sound. Perhaps it is because of a fear of our own relevance that we have our doubts. Actually, though, we all know pretty much what design is. Precisely what we do, no more and no less than the projective exploration in design terms of the world. And how does it actually work? It can be done in a way that is bad or good, just or unjust, creative or bureaucratic, useful or harmful, critical or approving, light-hearted or serious, for money or for the world. That is what it is all about!