Somewhat rustic furnishings are juxtaposed with a large orange seat cushion. The pieces of furniture are exhibits from "Haus der deutschen Kunst", built in Munich in 1937, as well as from a residential building realized by Office for Metropolitan Architecture (OMA) in Bordeaux in 1998. While the furniture of the Munich-based exhibition building was transferred to a depot after the War, the house in France was declared a monument immediately on commissioning. Ironically, the global trend of listing ever more buildings increasingly quickly after they have been made has the opposite effect to what is actually intended, because it actually serves to destroy a vibrant development.

The ambivalence of preservation

In the exhibition, Koolhaas and his team analyze the resulting ambivalence (in fact, it even gets referred to as schizophrenia) between the desire to freeze the status quo at one moment in time and the lack of a plan of how we should deal with this heritage. Montages, diagrams and statistics that all kindle any number of associations aim to show that diverging developments have to be seen as a coherent phenomenon, whereby the demolition of "Palast der Republik" in Berlin is taken as an example. While in this instance the supporters of demolition define themselves as preservers of the old, they at the same time show little respect for remembering. On the one hand, a particular type of remembering is propagated, on the other, memory is completely suppressed. Making associative connections, Koolhaas examines the phenomenon of conservation ordained from on high, depicting it as a power that is not to be underestimated and that, like a regime, has been dominating ever greater territories - some claim as much as 12 percent of the earth today.

Chaos instead of chronology

On display are buildings that were deprived of their vibrancy through restoration as is the seemingly paradox case of preserving and protecting architecture that was conceived as mutable, such as the Nakagin Capsule Tower in Tokyo - thanks to the use of exchangeable housing units the latter was supposed to renew itself again and again. However, today the tower is in a state of decay and there are plans to demolish it, despite it being officially recognized as an important architectural monument. As a counterfoil, the exhibition also shows the "preventative mean", in other words, structures that, because of the appreciation of the old, have been modeled on the latter to such an extent that it is impossible even for experts to date them. This attitude has gone hand in hand with a wave of systematic demolition of post-War architecture. According to Kolhaas, the present development no longer seems to reflect historical chronology, but simply chaos.

Just like the previous, large-scale theoretical investigations as regards urban expansion, shopping and infrastructure performed by OMA or its research division AMO, the present exploration is directly connected with the studio's practical work, and not only because AMO was officially commissioned with the restoration of Venetian Fondaco dei Tedeschi at the time of the exhibition opening. Koolhaas' proposals set out to be a critical reflection in the sense that they relate to the studio's own work. Thus, OMA's numerous projects "on the attitude towards history", such as its 1978 design of the Dutch Parliament extension, surface in the presentation time and again. Beneath the picture of the coal washing plant attached to the former Zeche Zollverein mining complex in Essen that OMA converted into the "Ruhr Museum" we read, for example: "We almost achieved the utopian objective of simply doing ‘nothing' - no gutting, no grandeur, no ruins, simply nothing ... We were very proud..." However, we could definitely question the use of the word "almost" here as the structure, similarly to the courtyard of the building next to Rialto Bridge, was complemented by a bright orange escalator which has stood its ground as something entirely new as if reflecting the current development, namely radical change and radical standstill.

While visitors to the exhibition are free to tear single catalog pages from thick pads and thus able to mix up the chronology in their loose collection of sheets, Rem Koolhaas, who has been awarded the Golden Lion for his life's work, has been accused of helping change the face of Venice - with his Fondaco dei Tedeschi project.

The following having already appeared as part of our series on the Architecture Biennial:
› Oliver Elser on the central exhibition by Biennial Director Kazuyo Sejima
› Dirk Meyhöfer on "Desire" in the German pavilion
› Sandra Hofmeister on urban free spaces and vacancies in the French and Dutch pavilions
› Annette Tietenberg on the British pavilion, where a school of seeing has set up shop
› Carsten Krohn on the end of "signature architecture" and the beginning of a the production of atmospheres
› Dirk Meyhöfer on the emotional states en route to reanimating the Russian industrial city of Vyshny Volochok
› Claus Käpplinger on the country pavilions outside the Giardini and the Arsenale
› Axel Simon on the Japanese pavilion and Tokyo as metabolic town full of doll`s houses
› Annette Tietenberg on the Bahraini pavilion, which was awarded with the Golden Lion for the best country contribution
› Axel Simon on the production of future scenarios
› Claus Käpplinger on the construction of bridges in Switzerland
› Carsten Krohn on Brasilia as anti-city
› Claus Käpplinger on the alternative live-style of the kibbutzim in Israel 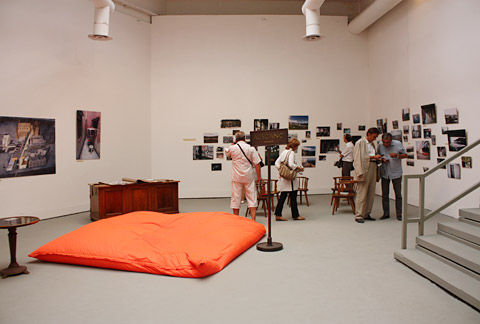 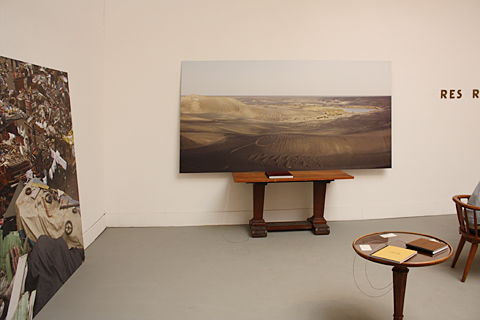 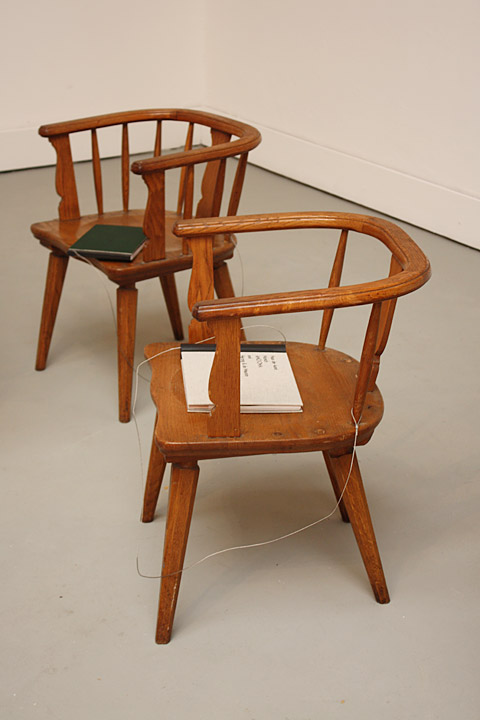 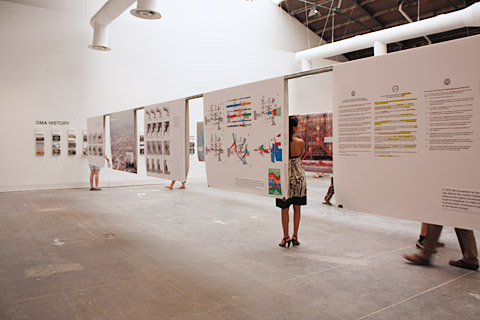 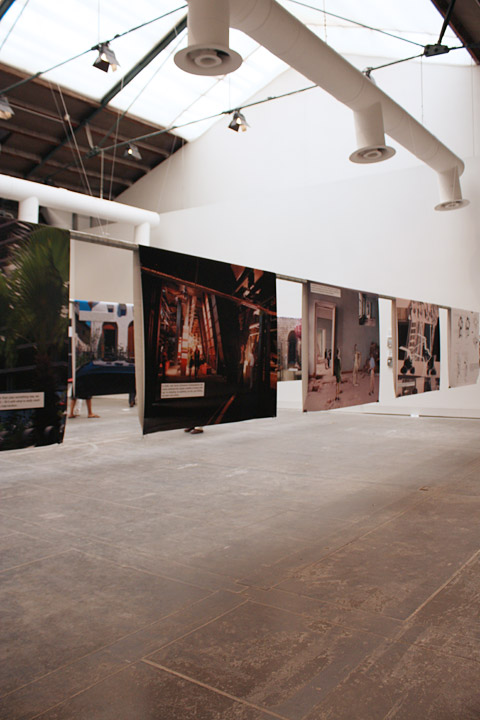 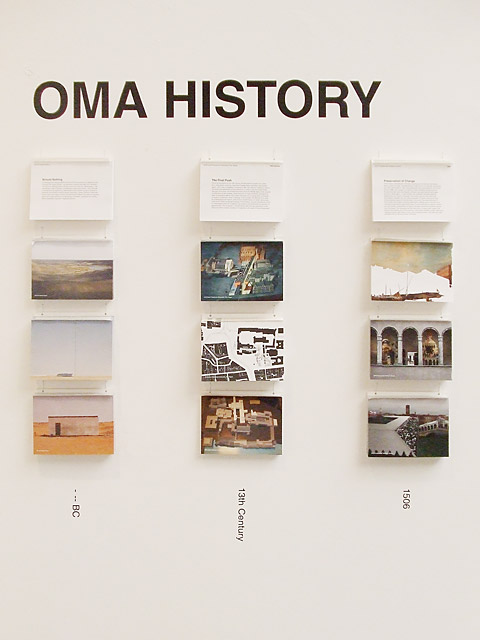 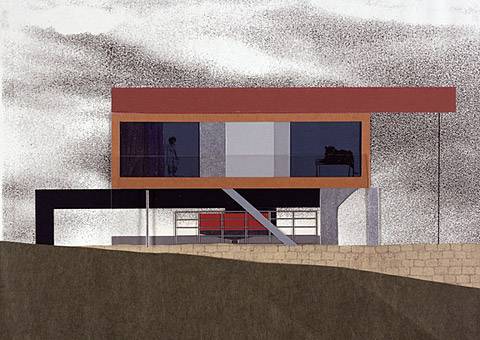 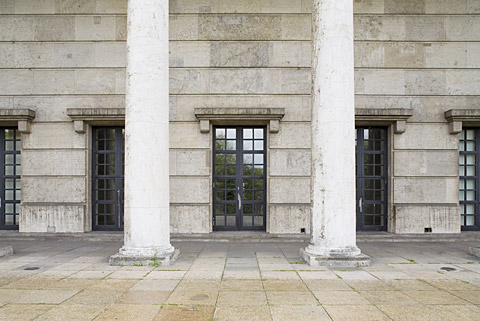 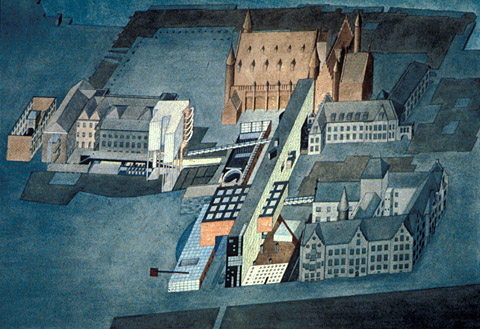 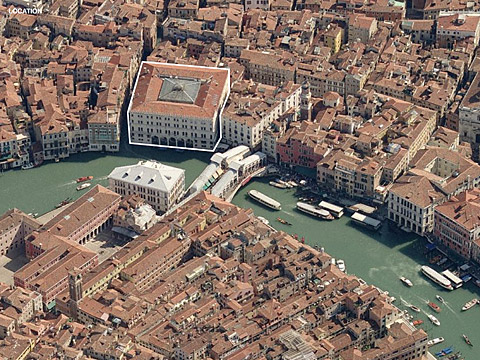 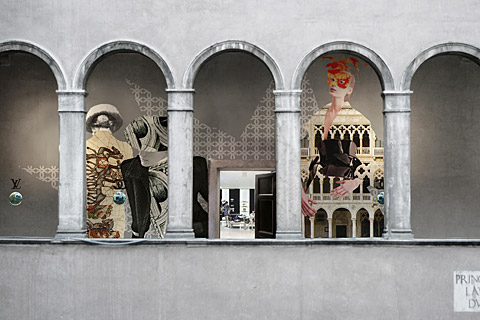 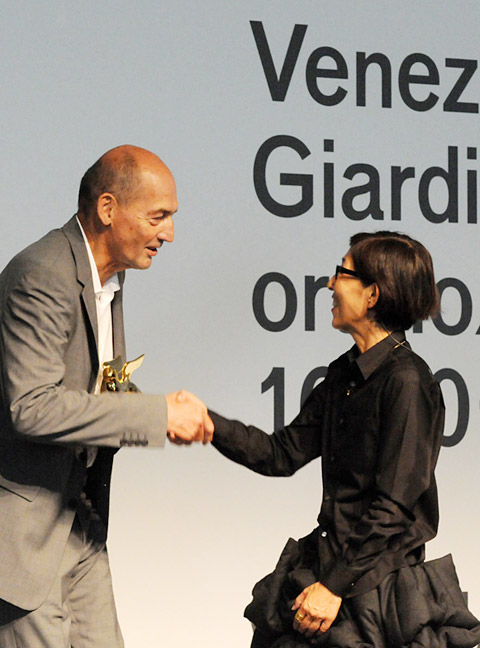 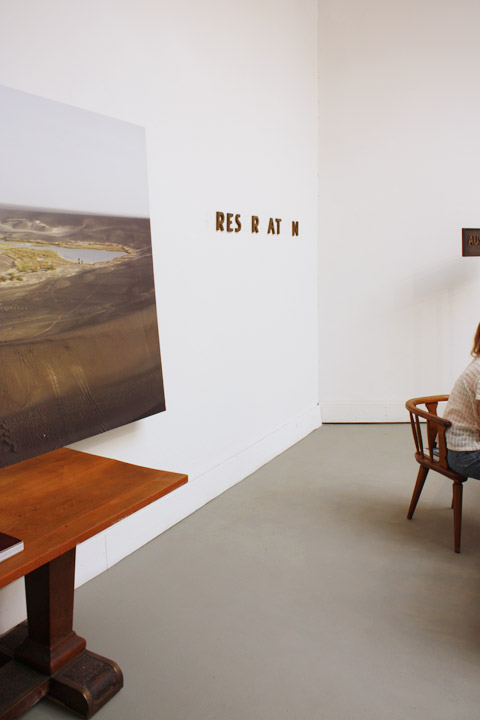 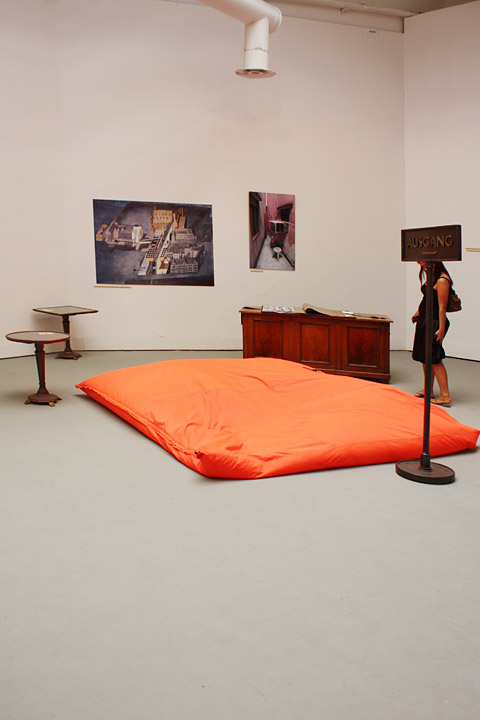 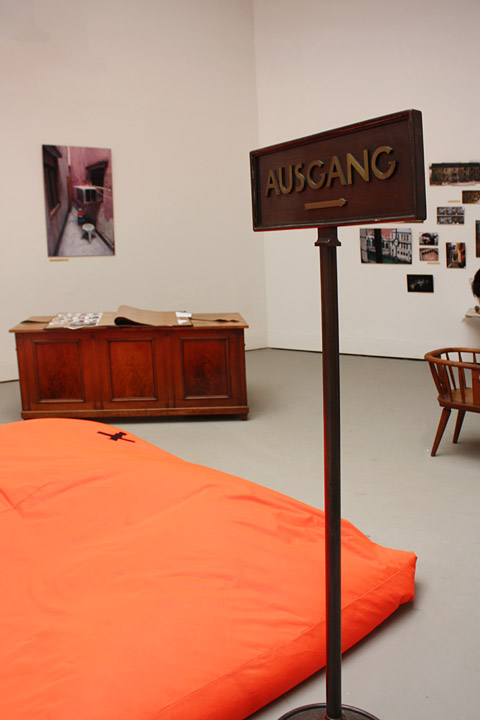 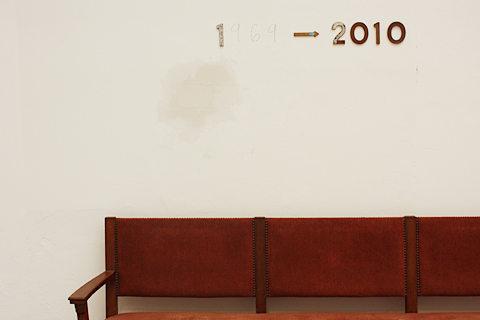 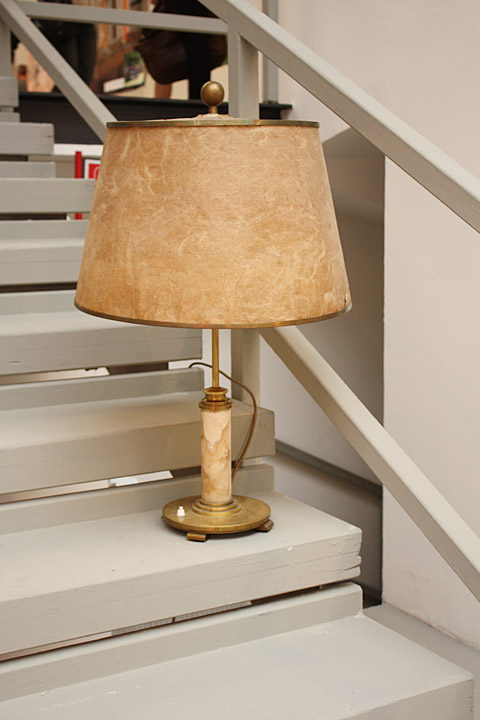 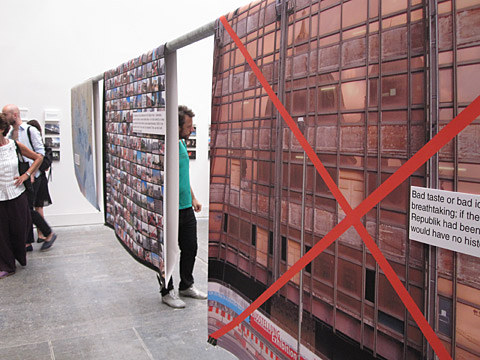 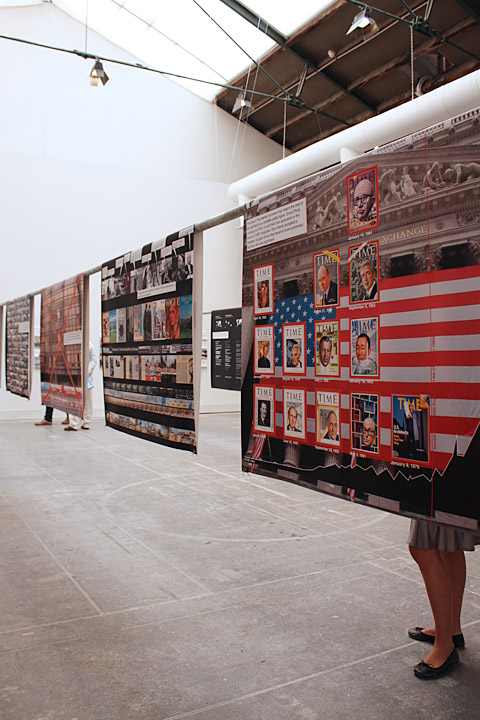 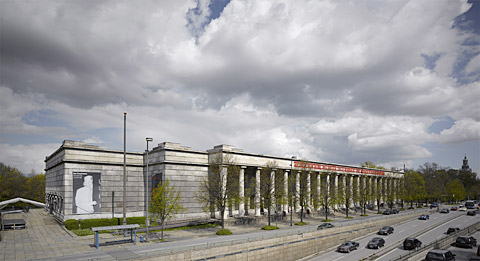 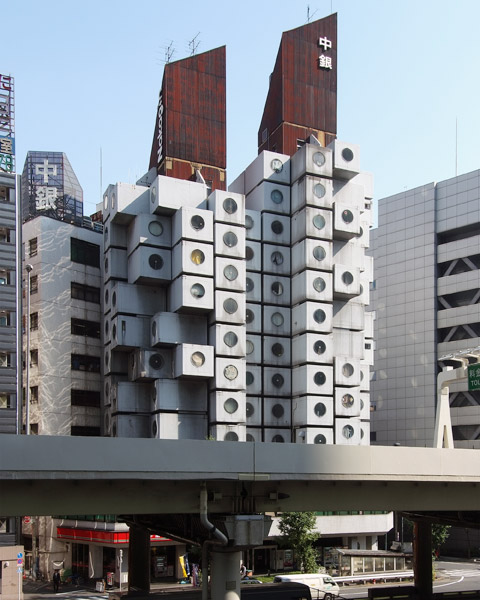 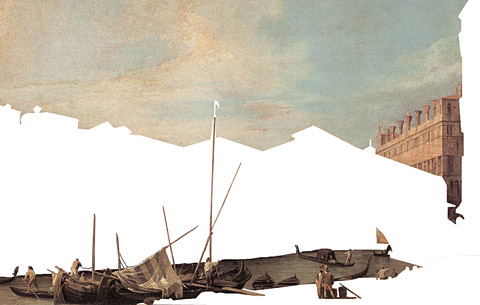 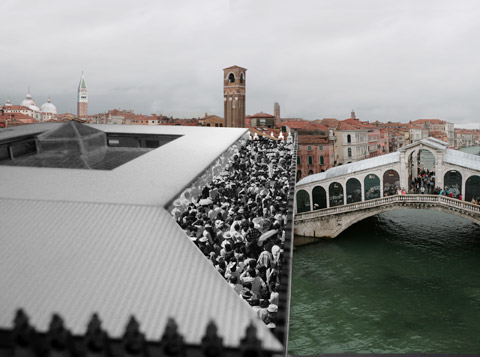 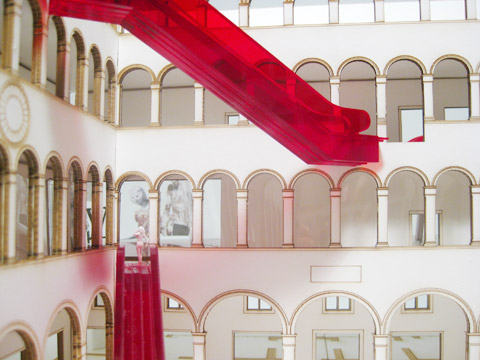