top
Raumlaborberlin and the revival of the urban style
von Szymczak Katja | Aug 7, 2010

Raumlaborberlin's ideas revolve around places of convergence: an opera in a subway station, a gondola ride in the flooded ruins of the Palace of the Republic in the middle of Berlin, a trip under the Rhine in a self-built submarine or an experimental platform for workshops, screenings and performances. Wild and active is how the projects of the Berlin-based collective of artists and architects show themselves. "Acting in public" is their motto and the city is their stage. At the same time their concept of city differs fundamentally from that of conventional urban planning perspectives. Ask them about their role models, and they answer that they are inspired by currents of utopian avant-garde architecture and the American writer Henry Rollins, in other words by a mixture of punk, experimental border-crossing and poetry.

The group of eight, Raumlaborberlin, has existed since 1999 and will be participating in the International Architecture Biennial in Venice for the fourth time this year. In 2008, Heidelberger Kunstverein dedicated a solo exhibition entitled "Das System" to the collective. At present, Kunsthaus Bregenz is holding a show called "Bye Bye Utopia", to which end Raumlaborberlin has extended the KUB Arena on the ground floor (which is conceived as an art and education platform) by adding a floor that cuts through this area diagonally. The spatial intervention reminds us of a monumental staircase or the spectator stands of an amphitheater. For its realization, the Berlin-based artists and architects transferred 700 door leaves of prefabricated buildings from what was East Germany, namely from Halle-Neustadt, to Bregenz, where they have now redesigned the exhibition spaces of Kunsthaus Bregenz and transformed it into a Raumlabor-Welt - a space laboratory world.

The group was founded in an unconventional manner, without lengthy meetings and daily agendas. The members were simply part of related scenes, had the same ideas and wanted to work together. The structure of Raumlaborberlin is based on the principle of a collective. Each member contributes his or her ideas and preferences; everyone takes on the task that he or she finds most interesting - whereby different teams are formed and roles are exchanged from project to project, so that unexpected positions arise again and again. An example for this collective collaboration is the much-discussed project "Der Berg" (The Mountain, 2005) that took place in the meanwhile demolished Palace of the Republic in Berlin. Here, Raumlaborberlin not only assumed artistic direction, but also developed a "Philosopher's Walk" and the "Gasthof Bergkristall", where guests could spend the night on-site at the Schlossplatz in the heart of Berlin.

In the context of interdisciplinary projects, the members of the group cooperate with specialists from different fields. An international network spanning various disciplines has thus developed around the eight Berliners. Over the course of a project, the constellation of expert teams can change because the group's method of working is process-oriented and adapted to the respective scope of a project. Work usually begins with some sort of field research from which a strategy is developed that is finally carried over into an event. The plan for the use of Tempelhof Airfield (2007-2009) in Berlin is an example of this approach. After Berlin Tempelhof Airport was closed, Raumlaborberlin developed a dynamic masterplan for the unused area that foresaw an initial analysis, followed by a phase of pioneer and interim usage, with the aim of a long-term transformation of the area into a location of creativity and diversity.

Every bit as interdisciplinary as the constellation of project groups is the thematic terrain addressed in the work of Raumlaborberlin, in which they consistently cross the border between art and architecture. In addition to architecture, urban planning and urbanism, new accents are contributed in the form of installations, sculptures, films or guided, off-the-beaten-track city walking tours. In past years, new projects were repeatedly developed that usually took shape as temporary interventions into the urban space. These projects all have in common the question of the relationship between the city, space and their users, whereby they consciously avoid urban planning clichés that are strictly focused on the function of spaces. They are replaced by a generative and narrative concept of the city as a public space that is constantly in transformation, and which is primarily manifested in the public realm.

As Raumlaborberlin sees it, the public realm can be a place for communication, conflict and contact at the same time. It is constantly linked to the exchange of different ideas and opinions, which gives it life and creates suspense. Raumlaborberlin tries to pursue this heterogeneous quality through various interventions, with the intention of revitalizing it. Places of communal experience develop not at peoples' desks but in their imaginations. Places that are perceived only fleetingly at first are, in the end, consciously accepted and taken over, and thus become part of the collective experience. In other words, Raumlaborberlin expands the view of what is already there through specific interventions and, by way of participatory events, transforms the way that people perceive a place. These interventions are often antithetical to today's understanding of urbanity and the populist standard architecture that it engenders. Nostalgic recourses to Wilhelminian ideals, such as appear in the discussion over the reconstruction of Berlin's city palace, for example, cannot apply to a city of the future. In order to be able to react to current developments and imagine future structures, the artists and architects of Raumlaborberlin allow themselves and others to be confronted by with real conditions. In this way, they create a flexible concept of urbanity that is much more than purely utilitarian and that playfully undermines traditional concepts and definitions of architecture, city and space.

Using a varied approach that surprises again and again, Raumlaborberlin strives to transform space and rediscover the qualities of a city. Life and experience, togetherness and dispute are then categories that will help to understand where and how the future will take root. The urban always stands for encounters. In order to track down these locations, Raumlaborberlin developed the "Küchenmonument" (Kitchen Monument, 2006) and the "Space Buster" (2009) as mobile vehicles in search of the public realm. The Space Buster is a modified van which is transformed into a lounge when its interior is equipped with benches and a wardrobe. Once a suitable location is identified, for example fallow land underneath a highway overpass, it is parked and a pneumatic bubble begins to unfold, which creates a space that is used for very different purposes. In cooperation with neighbors and neighborhood initiatives, film evenings, workshops or dinners are held. In this way, a community forms spontaneously that, under the charm of the ideas of a collective, develops the potential of a specific location and raises awareness of the possibilities it has to offer. The Space Buster spotlights forgotten locations and motivates their inhabitants to become active themselves. Thus, the project becomes a catalyst for the way cities are experienced and how people can be made conscious of what the city actually is. The concept of the urban, according to Raumlaborberlin, is not just there; it requires continual recollection and activation. 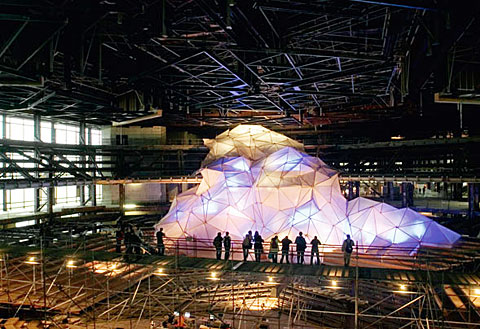 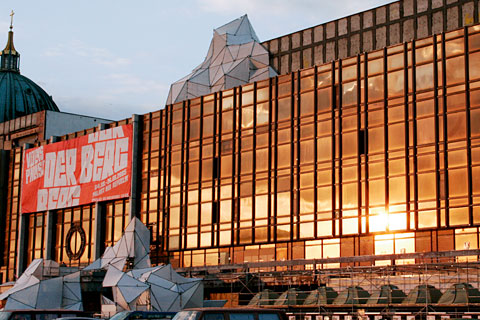 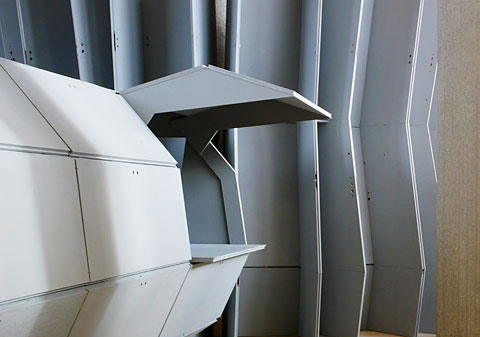 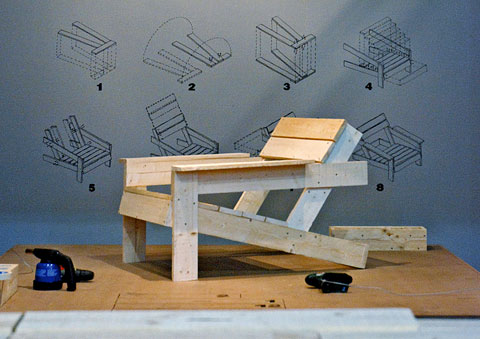 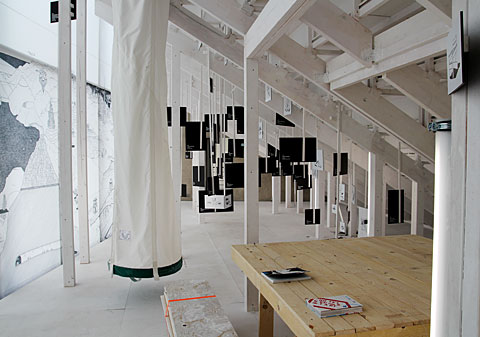 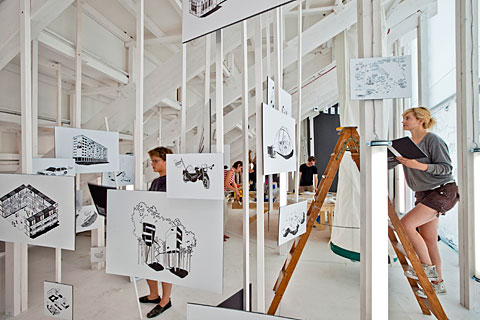 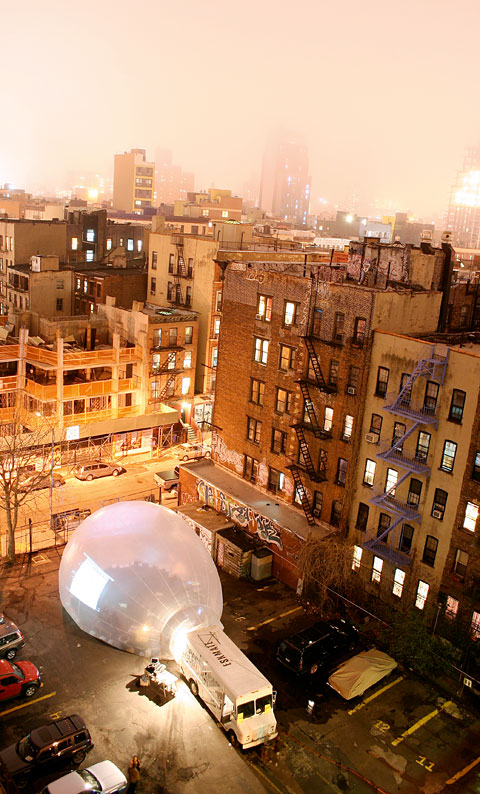 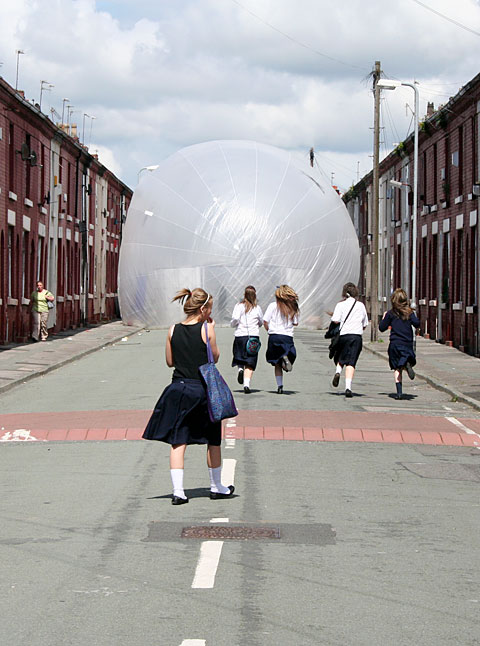 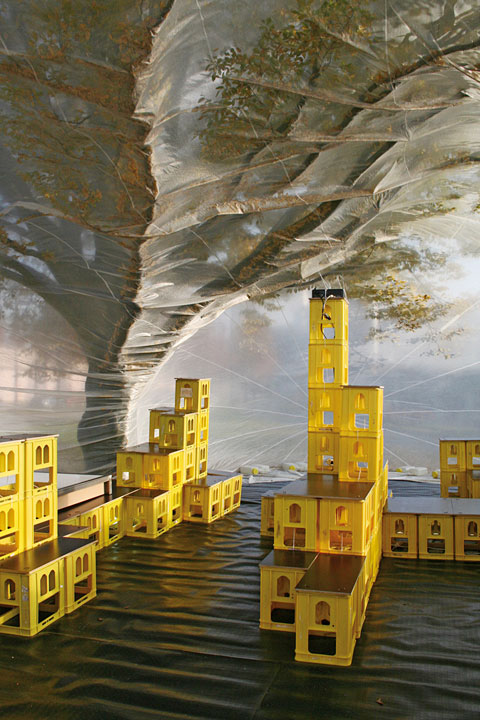 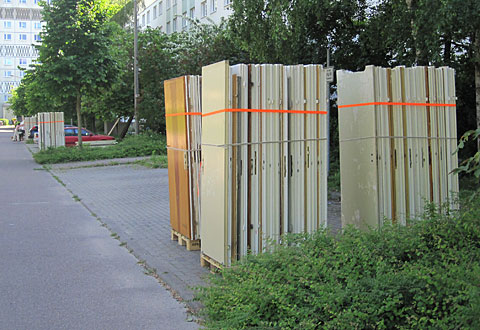 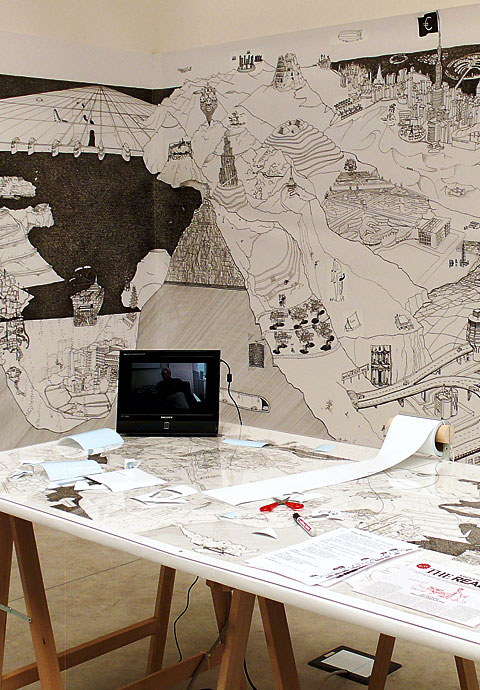 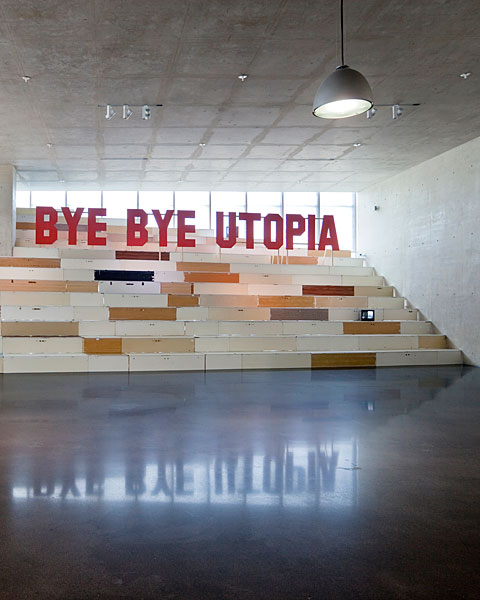