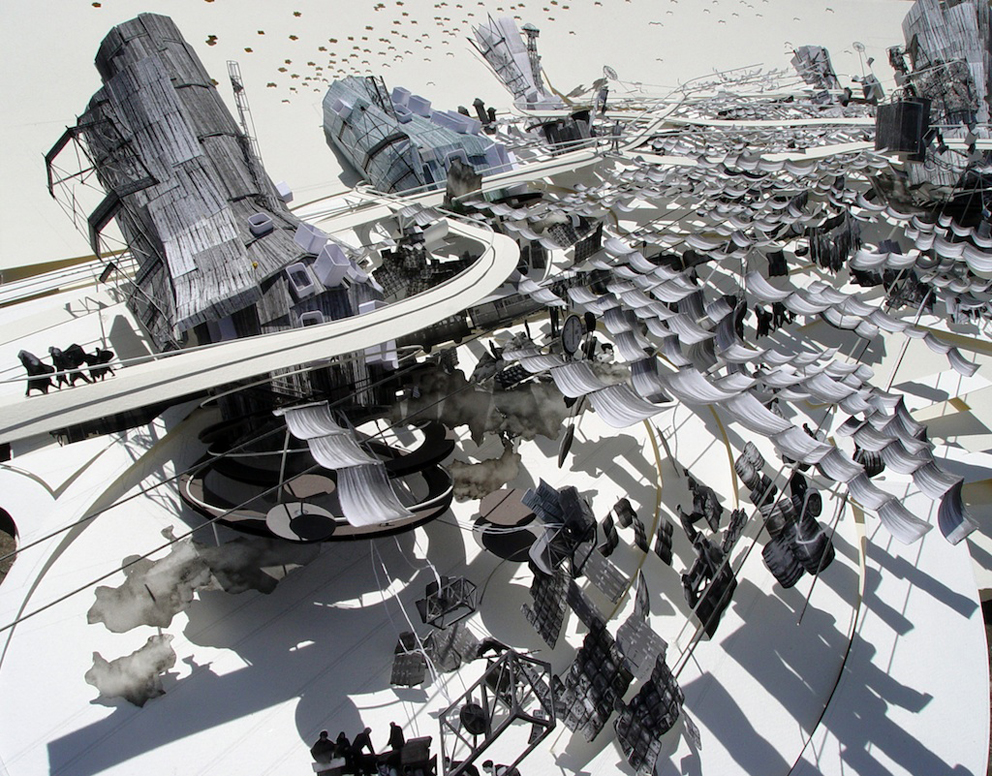 What roles do utopias play in architecture and design for our society? What sparks innovations in the world? How does a society succeed in continually renewing and reinventing itself? How important is the utopian moment for this? Dedicated to these questions, “Re.Set“ – an exhibition, a symposium and a film series – is linked with the central topics of the Munich Creative Business Week (MCBW). From interdisciplinary perspective, the project focuses on the “special moment”, the “brilliant idea”, the combination of utopia and practice.

The exhibition is conceived as a “chamber of marvels”, as an expanded realm of possibilities for the symposium. On display are works of emerging architects and artists who address the notion of “utopia” in experimental and poetic ways. With Troika (design studio, London), Julian Busch (architect, Berlin), Maria Mohr (film maker, Berlin).

Lectures and discussion with: Prof. Dr. Gesche Joost, design researcher and founder of the Design Research Lab at the University of the Arts in Berlin, chairwoman of the German Society for Design Theory and Research. Ulf Hackauf architect, researcher and programme coordinator of the „Why Factory“, a think tank and established by MVRDV and TU Delft. Jan Edler, realities:united, studio for art and architecture with widespread acclaim for their façade installations and their award-winning project Flussbad. Conny Freyerartist and co-founder of Troika, London, whose installation "The Weather Yesterday" is presented in the exhibition. Muck Petzet, architect and i.a. General Commissioner of a German Pavilion at the Venice Architecture Biennale in 2012.

Italy, land of the unfinished buildings. Building ruins as failed projects, testament to the fact that ideas that can be larger than people. And yet the abandoned concrete skeletons are a sign of an almost ludicrous sense of optimism. People do not give up on their ideas. Instead of demolishing incomplete constructions, they just start anew somewhere else! The award-winning film takes a light-hearted approach in examining this peculiar Italian phenomenon.

Talk, draw, cut, paste, talk. A team of architects and designers struggling with ideas and their articulation. All the while, their eyes are on models, sketches and patterns in the space before them. With a concentrated cinematic minimalism, documentary filmmaker Harun Farocki portrays Berlin architecture office Sauerbruch Hutton, giving tangible expression to their creative process that is fleeting and abstract.

Moscow’s side streets hold forgotten treasures: utopian constructivist architecture. The ruins of an alternative future. The film follows three Muscovites confronting the legacy of these buildings. Do these buildings bear a message for us? A travel in time, to the revolutionary 1920s and back into contemporary Russia.