top
Relocating to under a tent
by Alexander Menden | Feb 1, 2012 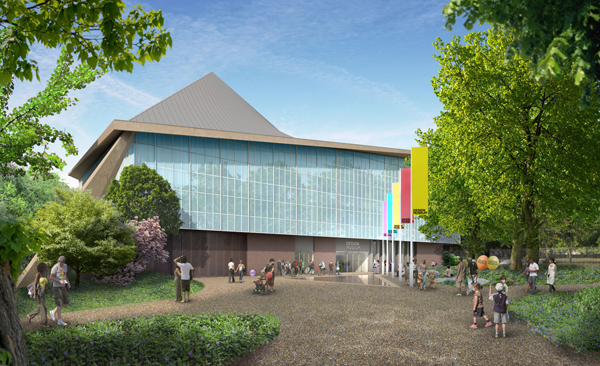 When asked whether he found it especially satisfying that the London Design Museum was moving to a new home in the same district as the Victoria & Albert Museum (V&A), Terence Conran answered as briefly as he did emphatically with "Yes!" After all, it was the V&A's curators who considered the first version of the Design Museum, which opened in the boiler-room of the huge Victorian building, to be such a threat to their own work that in 1987, after it had operated successfully for five years, they managed to politely turf it out. And Conran, the doyen of British industrial design and co-founder of the museum, has certainly not forgotten the fact. But the way the 80-year-old puts it on this rainy morning in Kensington, it was a stroke of good fortune that the got thrown out of the V&A: "If we hadn't had to find our own building, it would have always remained the V&A Design Dept.," Conran claims.

As it was, the Design Museum moved in 1989 to its current premises, a former banana warehouse in Bermondsey on the South Bank of the Thames, which the Conran Group transformed into a Modernist gem. With its first-rate changing exhibition it soon emerged as one of the world's most important museums of its kind. And the institution's rise since its foundation in 1982 can now be seen very clearly from the plans that its Director Deyan Sudijc has together with Terence Conran just presented: From 2014 the Design Museum will be located in the former Commonwealth Institute on Kensington High Street – in the "Albertopolis", as the cultural district is called that also includes the Natural History Museum, the Science Museum, the Royal College of Art, the Serpentine Gallery and precisely the V&A. Meaning it is not only moving into the center of town, but has gained as its new home a far larger, architecturally pioneering listed building. The Commonwealth Institute with its five floors provides some 10,000 sq.m. of exhibition space three times as much as are at present available in Bermondsey.

Sudijc recalls that when it opened in 1962 the Commonwealth Institute was the "most utopian, exciting and modern building in London". Designed by Edinburgh's RMJM architects, its decisive feature is a tent-like "hyperbolic-parabolic" roof, as architect John Pawson puts it. Pawson, to whom the Design Museum dedicated a solo show two years ago, has been commissioned to redesign the edifice, which has stood empty for a decade, to accommodate its new purpose. When presenting his plans, he commented: "Although one shouldn't really use the term any more, but the Commonwealth Institute is an icon. I still find it very daring today."

Pawson found the greatest challenge to be working within the existing skin. The interior boasts open floors connected by stairs visible and accessible from a central platform – and this principle he has retained. Pawson intends to open the interior up even more in visual terms and offer a clear view of the entire inside from the foyer, which was to date separate from the rest. He feels it imperative that the daring curve of the roof also helps define the overall impression from every angle. He therefore plans to retain the impression of spaciousness created by this extravagant top, which even on the top floor provides rooms as much as 16 meters high. During a tour of the building it becomes clear just what special standards the lighting will meet: the Commonwealth Institute does not admit much daylight. The plans suggest that with his typically reduced bright choice of materials and colors, Pawson will derive maximum brightness in order, as he himself says, "to maintain and strengthen the building's atmosphere and qualities".

The goal behind the project, which will cost a total of about 80 million pounds, is not only to rejuvenate the Commonwealth Institute building, but also to give the surrounding plot a new lease of life. While John Pawson is in charge of redesigning the museum, Reinier de Graaf of OMA is handling the planning for the surrounding luxurious residential estate. After the opening of the Koolhaas office's first building in London last November, the Rothschild head office in the City, this is a further project where the Rotterdam-based studio will be able to import its theories on condensing living and working spaces to London. The erection of the three OMA apartment blocks, and they will incidentally largely block the view of the Commonwealth Institute from Kensington High Street, is actually the very reason why the Design Museum is able to move here in the first place: Chelsfield PLC the owners of the property said they would only gift the building to the museum if the luxury residential project received planning permission.

When the Design Museum opens its doors on schedule in a good two years' time, Director Deyan Sudijc expects that it will welcome up to half a million visitors a year. And hopes, with ambition that is quite appropriate for the of the London Olympics, that his building will then "achieve for design what the Tate Modern has achieved for contemporary art." 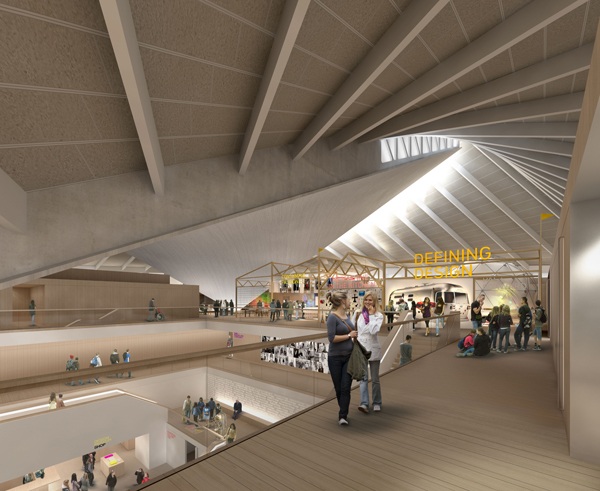 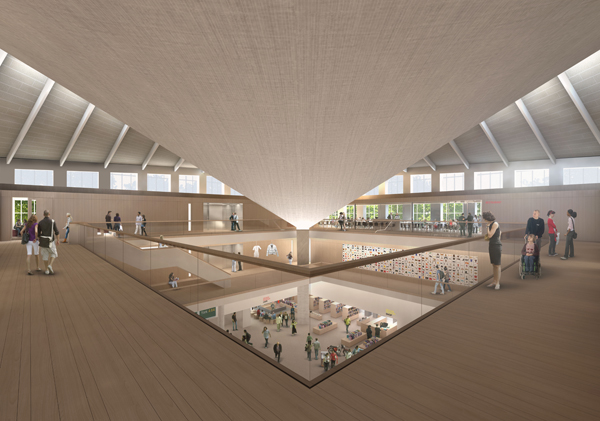 View from the second floor to the groundfloor, image © Alex Morris Visualisation 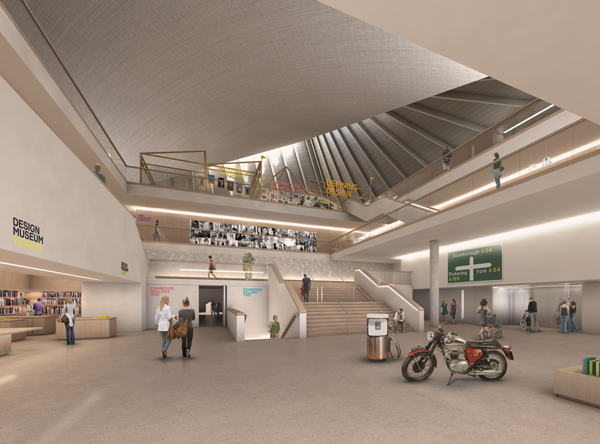 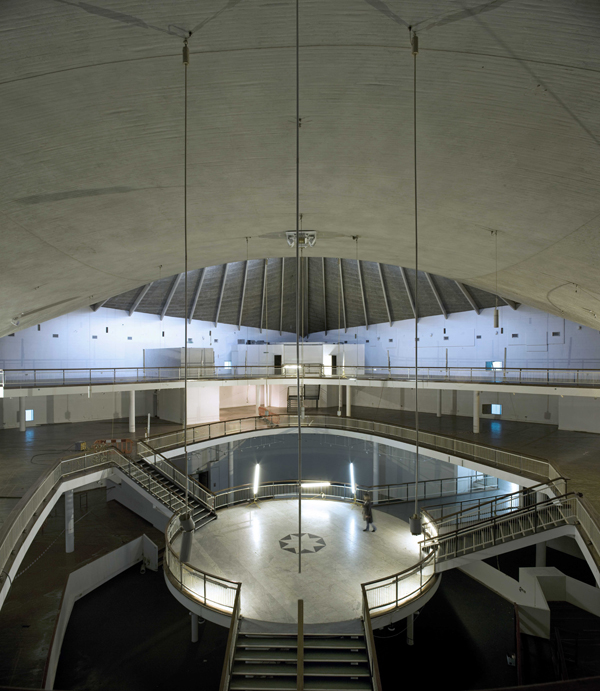 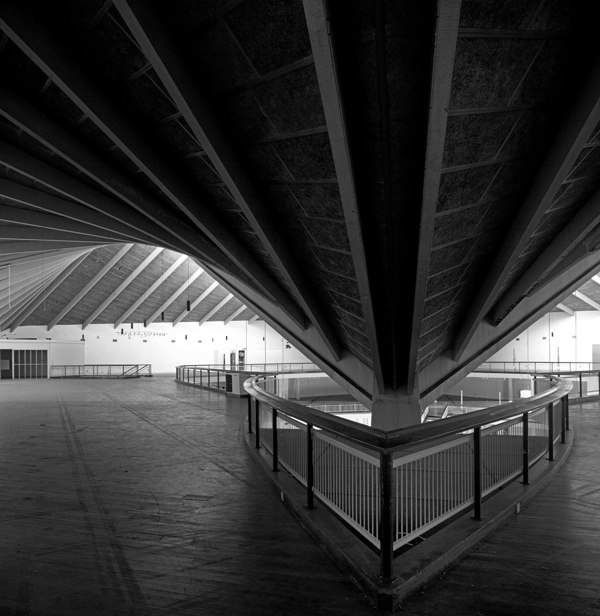 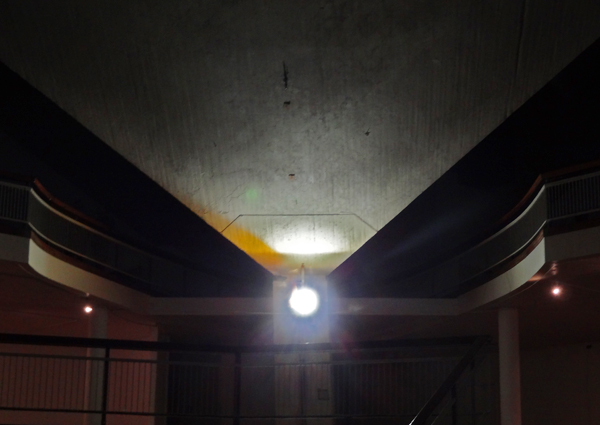 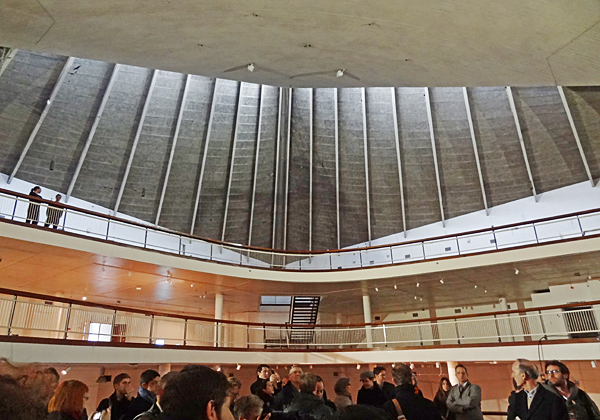