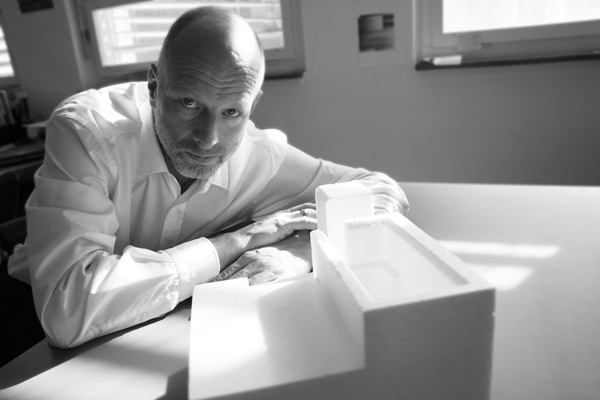 When I met Hannes Wettstein one evening when I was with friends, we talked about art and photography, the political conditions in Italy and current social changes. At that time, I had no idea that my conversation partner was Hannes Wettstein – that architect and designer whose chair design “Hola” had just been celebrated on the cover of Wallpaper. And Hannes Wettstein had no intention of disclosing his identity as a star designer. The themes of life were more important to him than his success. He understood design as a socio-political process. He was not just interested in form alone, but in the big picture, the structures of the market, for example, corporate culture and the paradigm shift among users. In his eyes, design was a strategy for understanding the world, making statements and, in some fields, influence entire subject areas.

No analyst and critic of the world of glamour was sharper than Hannes Wettstein. His quietly presented arguments and unmistakable humor not only impressed me. As a strategist, he drew his conversation partners’ attention to such seemingly insignificant things in the world of glamour and opened up numerous perspectives – on art, the economy and politics. Hannes Wettstein’s aim was to bring things to life. And this attitude is also evident in the impressive range and depth of his works, which include independent research studies in which Hannes Wettstein was often particularly interested, focusing on architectural concepts for complicated corporate identities or very hi-tech products, such as the Diascope Spotting Scope system for Carl Zeiss. He was of the opinion that it was pointless to design a beautiful product if only a few freaks were going to buy it in a small number of selected shops. Anchoring design in life is a task which often reaches its limits. Yet Hannes Wettstein repeatedly succeeded in redrawing the boundary lines in individual areas.

He liked to play down his own authorship; his team and the themes which he was able to influence with its members were more important to him. Hannes Wettstein is responsible for the interior design of the Grand Hyatt Hotel on Potsdamer Platz in Berlin and, in collaboration with Steven Holl’s New York-based architectural studio, he designed the interior of the Swiss Embassy in Washington. In addition, his oeuvre includes the set design of many programs on Swiss television, from a sports studio to a newsroom and weather station on the roof of the Zurich broadcasting building. In his studio in Zurich he designed bicycles and Swiss clocks – the famous “Alpha” for Ventura – plus technologically innovative and sophisticated furniture and luminaires, although they may appear simple. Hannes Wettstein worked with many clients over many years, meaning that more than just a one-off design linked him to them. It’s all about passion, he once told me, and never tired of emphasizing the quality of his team, with which he created projects for Lamy and Molteni, Belux and Erik JØrgensen plus many other international clients. There are many everyday objects designed by Hannes Wettstein, although no-one really knows it. He championed joint responsibility over context – Hannes Wettstein was one of the few designers who are aware of this responsibility and act accordingly.

On July 5, Hannes Wettstein died at the age of 50. He was certain that his 20-member team, headed by Stephan Hürlemann, would continue his philosophy. And he did everything to ensure that his studio in Zurich lives on after his death.

His passion was to think in great systems

When I think of Hannes Wettstein I always have his hand before my eyes, the way it started to draw with a pencil on any material available. You got gooseflesh just watching him, the way he gave ideas a shape at the spur of a moment. For him, drawing was an instrument for formulating questions and clarifying things for himself, a means of jointly developing ideas and projects with others, a way of presenting his thoughts.

The ideal tool was the mechanical pencil he had designed for Lamy and had customized precisely to his needs. By shifting the weight forwards in the pencil you do not need to exert pressure while drawing. The pencil thus sweetly created lines produced by the hand almost the instant the ideas arose.

Hannes Wettstein’s passion was to think in great systems and to use them to describe a kind of future place. He forever impressed me with his ability to place products in over-arching contexts and argue for them there: In a matter of seconds he turned an idea into a model, sketching out a visionary, global system, smoking a cigarette in the process. For him, tension and relaxation went hand in hand, were two sides of the same coin.

He was an industrial designer in the truest sense of the word. His interest was not confined to pretty or capricious products as he always set out to design things differently, more meaningfully. His systemic approach focused not only on the visible, but also on the invisible. Most of all, Hannes Wettstein would have liked to have had huge research departments on all the different topics, for he was driven by an incessant interest in things and in social structures. His Double You desk system for Bulo is more than just a desk, it is a form of creative collaboration, a way of networking thought: A long narrow table at which you can work flexibly in the different zones. Best of all is to stand several Double You benches in a row, moving freely between them, depending on what you currently want to work on. To go with them Hannes Wettstein developed the Double You Skater, a kind of skateboard-cum-stool enabling you to simply roll from one desk to the next. Hannes Wettstein did not simply design a table, and then a chair, he construed both as a unit, including a focus on their social interaction. For him an idea never ceased with the realization of some final product but continued to thrive, with the final product becoming the seedbed for something new that could then be considered in the next, larger, more comprehensive system.

Moreover, he was interested in the world of high-tech, and was fascinated by technical innovation and perfection. He designed high-power binoculars for Zeiss, loudspeakers offering max-quality sound for Piega and a digital watch for Ventura, complete with memory chip for personal data. In this way, he combined things in completely new ways, he gave things new properties and developed hybrid product forms in the process.

In all aspects of his appearance Hannes Wettstein was extremely masculine. This masculine part can also be sensed in his projects: “boy’s stuff”. I remember how surprised I was when I first met him – he was astonishingly soft with a soft, sympathetic voice. And like very few others he possessed empathy and cordiality in great measure. And he certainly was not opinioned or vain. He simply loved communicating and was a past master at drawing everyone into the conversation, among other things because he spoke several languages fluently. For him, every conversation was a source of a great deal of fun, fostered by his wit and self-irony, and by the fact that his enthusiasm was contagious. Hannes Wettstein was able to bounce 1,000 projects around in his head at once, and rave about each and every one of them.

Hannes Wettstein has a quite brilliantly acute mind, coupled with a naivete, or rather a radical innocence in realizing projects. He bubbled over with his own pathos in a marvelous way and this euphoria gave him the power to fight for his projects.

He gave anyone who worked with him the feeling that nothing could go wrong. Because the chemistry was right, because he was fully committed to the project, because he believed in it. We were privileged to experience this active energy first hand at Stylepark when our company was still very young. Hannes was interested in our of a networked product database for high-end design. He took the time to listen to us – and although we had nothing to show him he was completely taken by the idea and the potential it had. Typically for him, he immediately discerned the future it could have and the visionary structure it could spawn. He immediately grasped Stylepark as a system, as a network. Before we ourselves did. He thus supported us strongly when developing ’Stylepark in Residence’ and ’The Design Annual’ and advocated our idea of presenting the design discourse in various different formats.

Hannes Wettstein was present at ’The Design Annual – inside: urban’ 2006 with a project that was the perfect fit for him: Merck presented its first OLED products, including one of his designs. The OLED technology was not yet very advanced and the search for formal solutions using it was in full swing. At the time, Hannes Wettstein provided key input on how such a component could be utilized and realized industrially. He saw the component and in his mind already had what it could later become. And thus, typically, Hannes Wettstein found a persuasive form for the OLED prototype. His design resembled a small tree standing in a fairytale technoid forest. He took the OLED panel, outfitted it with miniature jack connections and with such connectors showed the way to ready such units for industrial marketing. His miniature OLED tree had something quite unique, was formally exciting and persuasive.

Hannes Wettstein subjugated everything to the focus on visions. He was not interested in seeking out a successful business model and then resting on his laurels. For him, the search never ceased; it led him to solutions and to new problems that were all somehow interrelated. He was always more daring in his thought than others, even if this meant his projects ran the risk of failure. His unflagging energy was fueled by his belief in his overall project and also by the fear that disaster awaited round the very next corner. But he was always willing to give it a try.

Hannes Wettstein passed away on July 5, 2008. We will miss him greatly – as a friend, companion and critic. 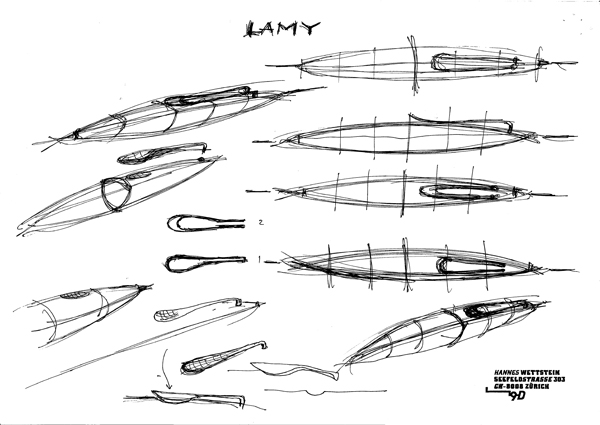 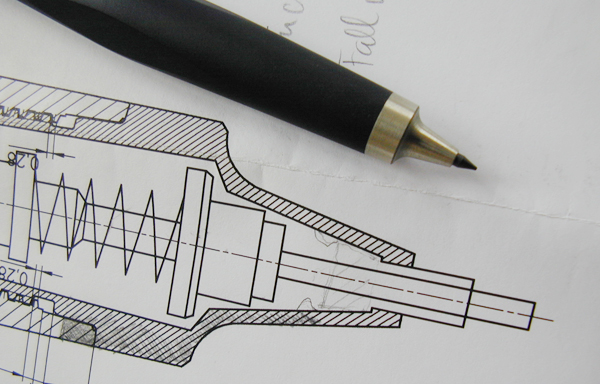