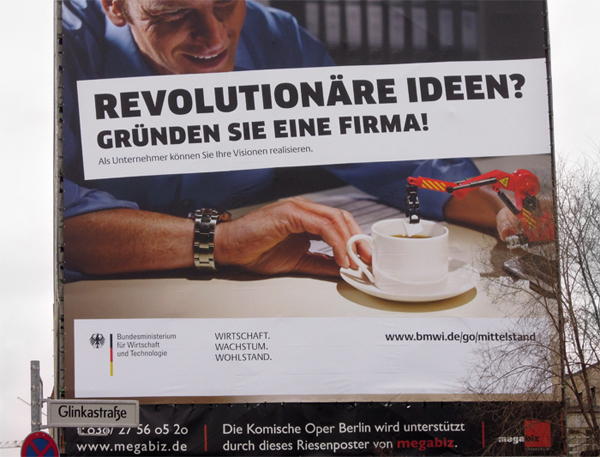 We’re surrounded by messages. In the media, in public space, in department stores. Everywhere someone is telling us what we should or should not do or buy. – meaning in what way our dreams or visions could come true. Sometimes there’s a strange overlap in our minds. For example in the case of the universal self-marketing label “RLF”, which inverts Theodor W. Adorno’s critical adage that there can be no right life in a wrong world to “Right Life in the Wrong”. If the effervescent architect and artistically ambitious design theorist who thought that up challenges us to become “shareholders of the revolution”, then he’s in the good company of the Minister of Economics, as the poster shot a few months back on Unter den Linden proves. Which of the two men has less of an idea of the revolution? (tw) Photo © Thomas Wagner