The expectations in terms of innovations of the ICFF in New York were somewhat reserved. Yet the less pomp and ceremony there is, the more the few innovations there are stand out. One of these was Lutz Pankow’s luminaire. The light would probably also have stood out among a lot of shouting and screaming – not necessarily because of its appearance, but far more because of its technology. For the family of luminaires called “S” does not require electricity cables. The modular lamps for the home and the office have joints made of magnets, which are bearings, axle casing and current conductor in one. That means that the body of the lamp can be compactly disassembled, there are no cables getting in the way when you use it and the parts can be combined in different ways. In addition, the luminaire is extremely easy to move thanks to its magnet joints and nonetheless stays in exactly the desired position, something which is rarely seen in the world of office lamps. “You shouldn’t actually be able to see the joints or the screws or anything like that,” says Lutz Pankow describing his design. The shape itself is captivating because of its modesty. “The luminaire should have the image of a couple of lines and have as calming an effect as possible.” And he certainly succeeded in that. At the moment these are still prototypes: there is a simple tube base which is a continuation of the armature, a disk base with a cantilever arm in two lengths, which increases the sphere of illumination, and a lamp head with halogen and LED lights.

"S" was presented for the first time at the ICFF in New York and is now seeking a manufacturer. 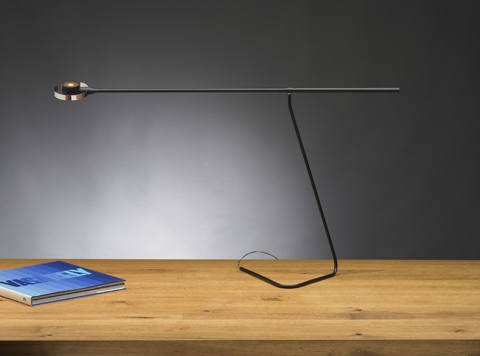 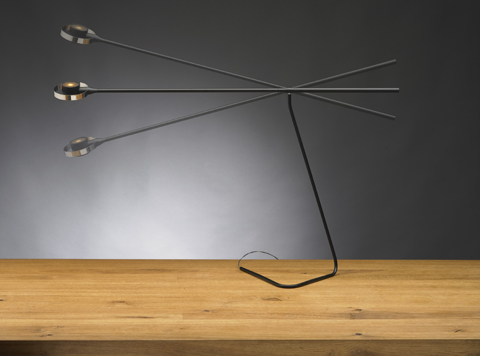 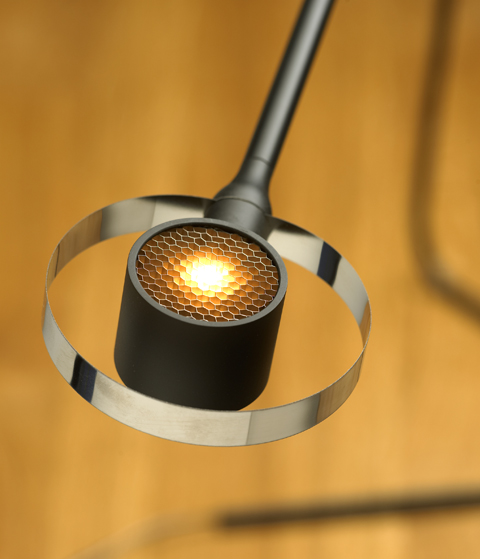 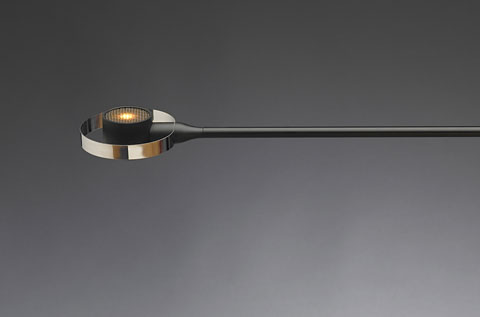