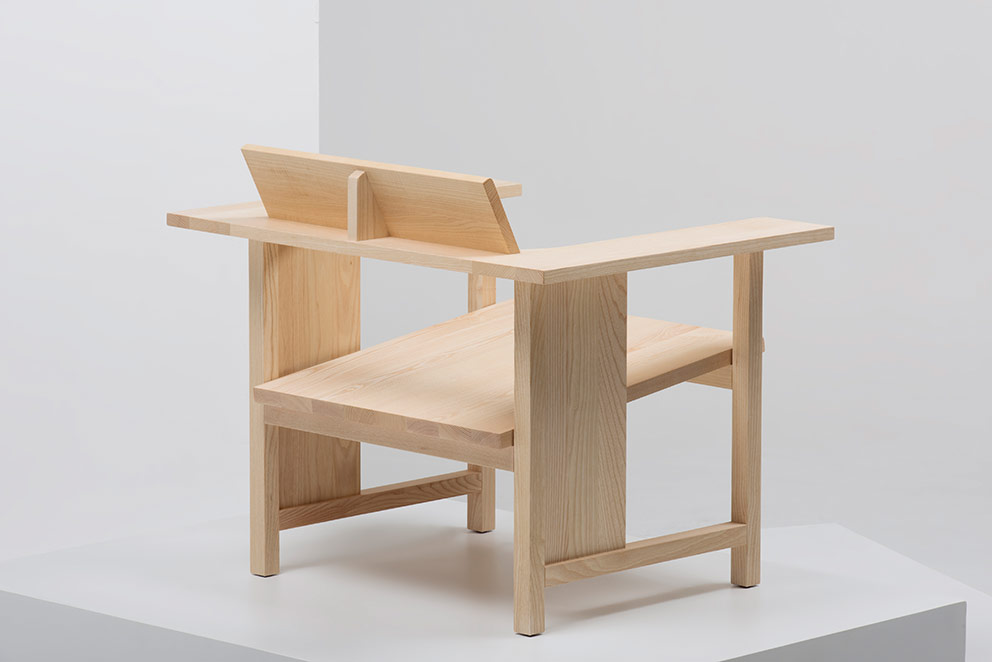 Things are pretty hectic in the days before the trade-fair booths are set up in Milan and the novelties unpacked. And the idea is to create tension and keep it up for as long as possible. After all, the one or other novelty may still need a last-minute polish, or has to be photographed, described, and communicated. If you’re called Konstantin Grcic into the bargain and are expected to develop a fair highlight for more than one manufacturer, then there are lots of secrets that will first get revealed at the last moment.

What we can already say for sure is that Konstantin Grcic will again do justice to his name this year. And what a range has along with him:
For Magis he’s designed a light armchair that he’s called “Sam Son”, then he’s supplemented Magis’ “Wild Bunch” series to include a “Cuckoo” table, whereas the “Traffic” series now boasts a dining table. For Plank, Grcic has conjured up a laminated wooden chair which is called “Remo”, and at the Mattiazzi booth we can look forward to seeing a bench that has been baptized “Clerici”, but certainly is not just suited for clerics, priests and thinkers of whatever denomination. For Driade, there’s a shelf named “ZigZag” and announcing the years 1996/2015. And last but not least Konstantin Grcic returns to an industrial aesthetic for Tolix with a laundry basket called “Palmette”. So we can eagerly look forward to what is to come. (tw)

Tolix
“Face To Face With An Icon”
exhibition as part of France Design
Spazi ex Ansaldo, Spazio A
Via Tortona 54, Milan