Featured Project
Over the roofs of Warsaw

Schindler has provided the high-tech elevators and escalators for the tallest building in Poland.
4/26/2019

Poland’s tallest building is called the “Warsaw Spire.” The 220-meter-high glass tower which stands out so clearly in the Warsaw skyline is the brainchild of Belgian architecture studio Jaspers-Eyers. The skyscraper has an elliptical footprint and boasts a narrow waist such that it tapers inwards towards the middle like an hourglass. Moreover, the façade consists of two glass sails that literally embrace the building’s core.

The architects and project developers relied on Schindler elevators to access the 49 stories. The market leader in high-rise elevators provided a total of 40 systems, including 14 models from the Schindler 7000 series in the double-deck version, meaning two floors can be served at once. Moreover, the elevators are linked up using Schindler’s “PORT” building management technology. The “PORT” system can forecast passenger flows and thus make the transport capacities respectively required available at the right moment. As part of the “PORT” technology, the “myPORT” system regulates access to the building and the elevators. Access authorization can be sent to cell phones in the form of codes and the phone then used to open entrance doors and summon an elevator.

The skyscraper is flanked by two 55-meter-high buildings that emulate it in shape. Schindler was also involved in these parts of the complex, too. It supplied a total of four 9300AE series escalators with special ECO Premium Plus drive systems. The latter guarantees that when not in use the escalator slows down or stops completely. (fap) 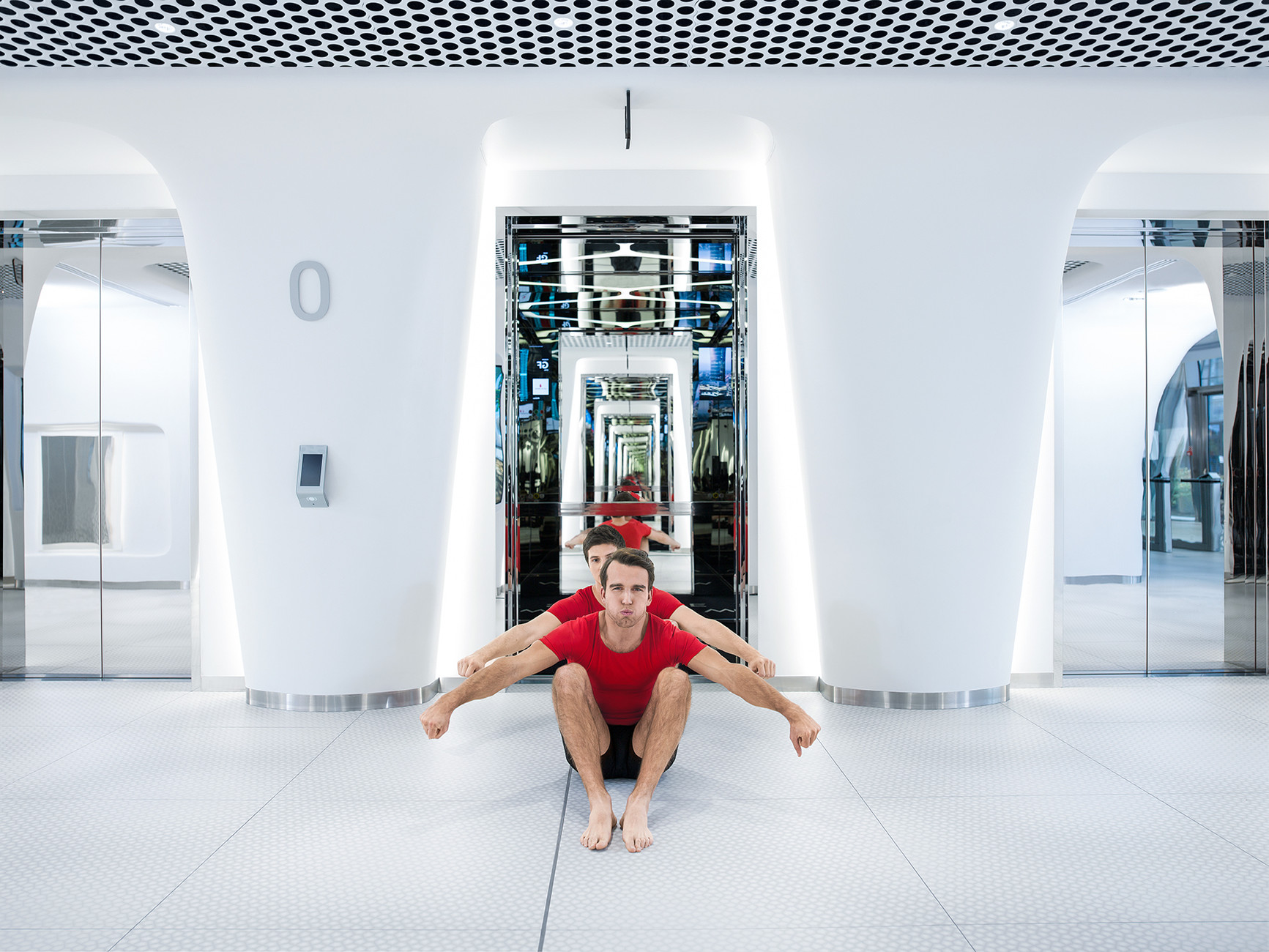 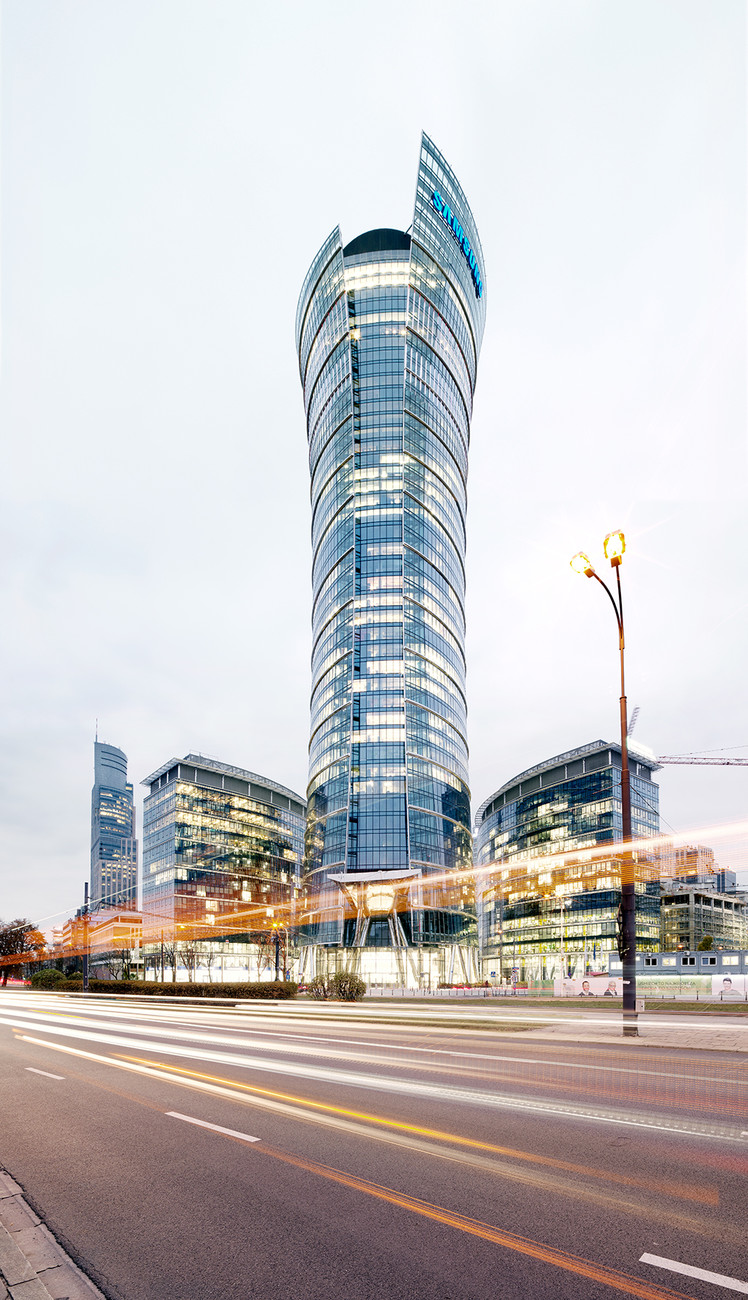 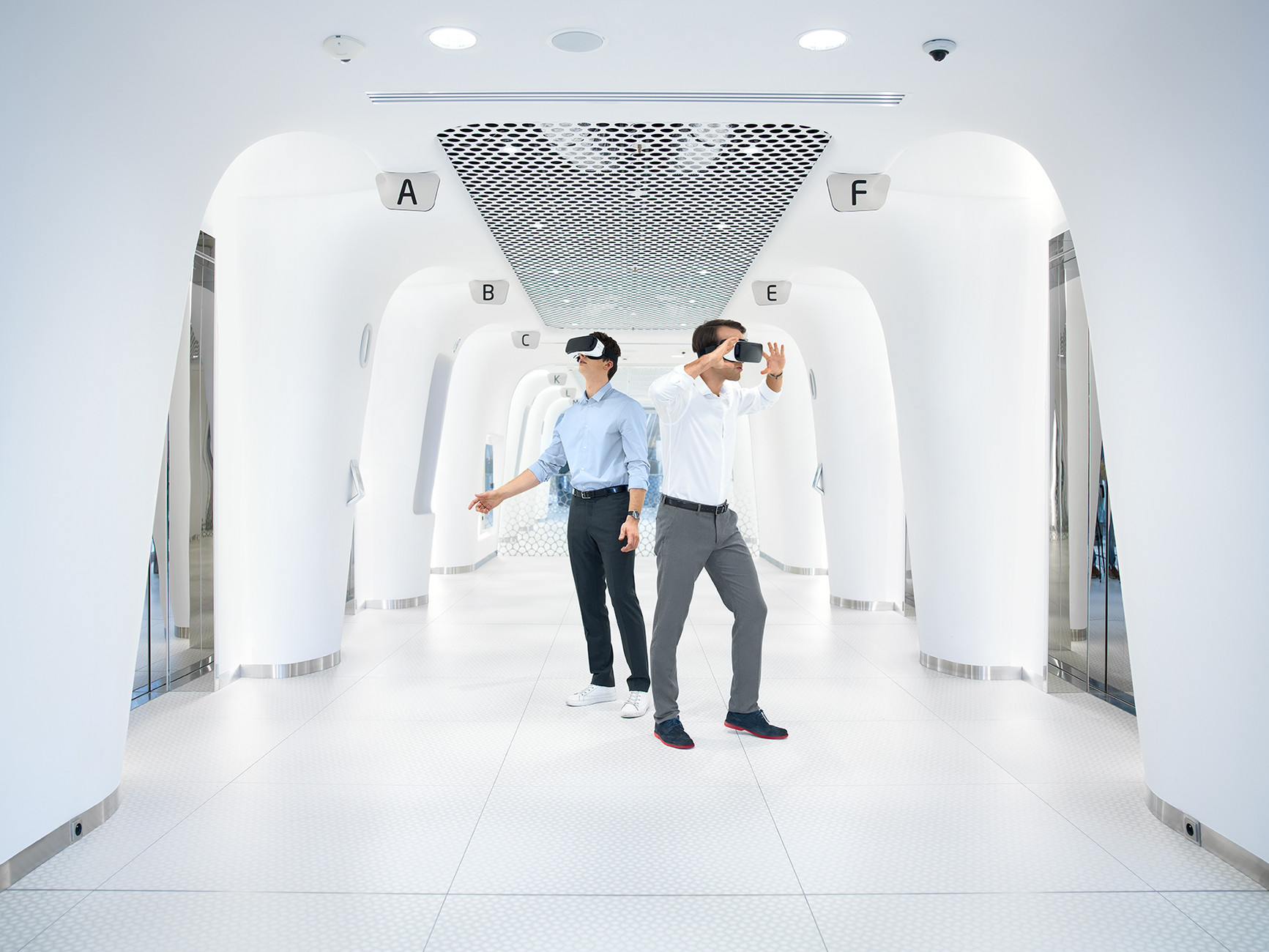