"Sconfine" comes in linear, square and spherical versions. A partially opaque body mirror finished in chrome envelopes the inner illuminated sphere of the "Sconfine Sfera" pendent luminaire. Thus, in addition to directly emitted light, light is reflected inside the unit thus making it seem to float in mid air. An opal inner sphere ensures glare is kept to a minimum and, together with the mirror-finish surface, reinforces the impression of 3-dimensionality and spatial depth. The "Sconfine Sfera" is available with a variety of illuminants, from energy-saving lamps to LEDs.

Matteo Thun has worked with Zumtobel for many years on a variety of interior-design projects for shops, hotels and restaurants. The "Sconfine Linea", for example, is not only available in pendent lengths of over four metres and three different overall lengths but can also be ordered with the light being emitted in any direction required. The result is the creation of multifarious room structures. With its impact generated primarily by light, the Linea luminaire is distinguished by an almost complete absence of materiality.

The "Sconfine Cubo" luminaire consists of coloured cubes that can be installed on the wall or ceiling individually or as modules of up to nine cubes. Each cube houses a one-watt LED and comes in three different heights. The gentle changes in light intensity create a wonderful atmosphere in bars, restaurants, lobbies and lounges.

All three designs are based on clearly defined geometric forms reflected by the Italian names of the range, i.e., "Cubo" for cube, "Linea" for linear and "Sfera" for sphere. "Sconfine" itself is derived from the Italian word for border or resolution - fully in line with the impact of this range of luminaires that seem to push back the limits of the room. 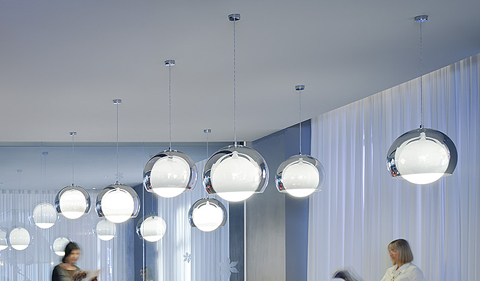 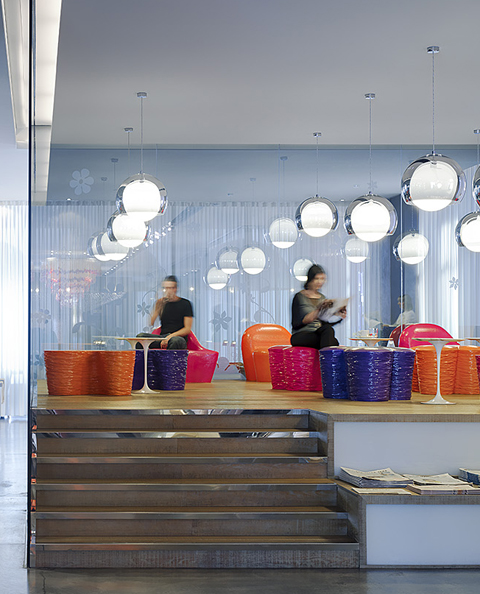 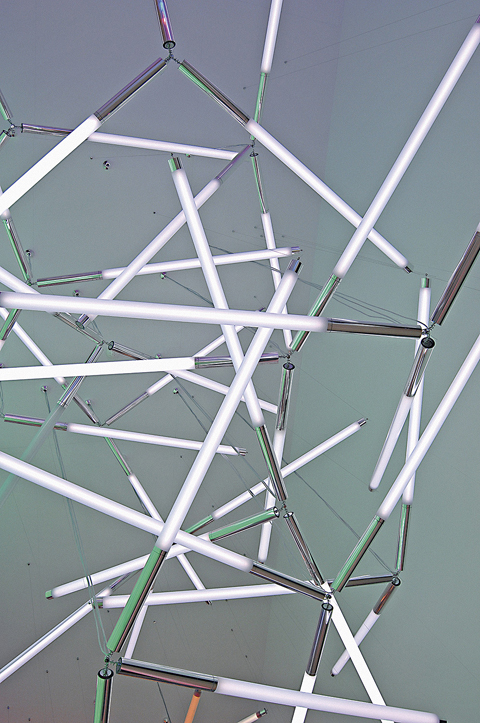 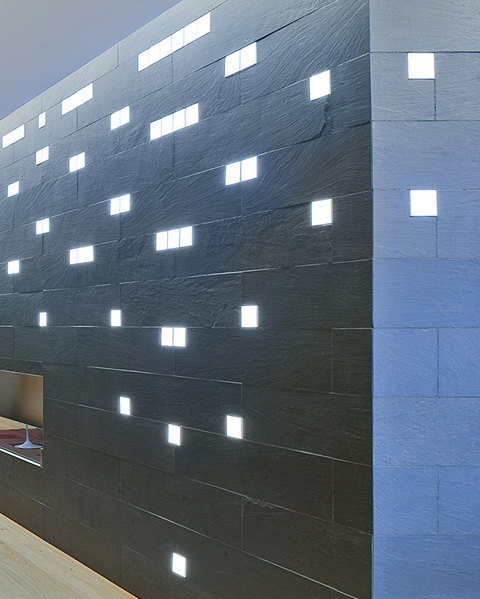 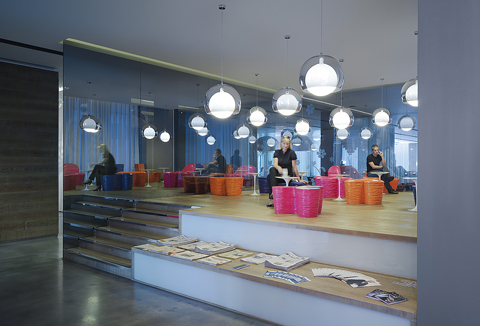