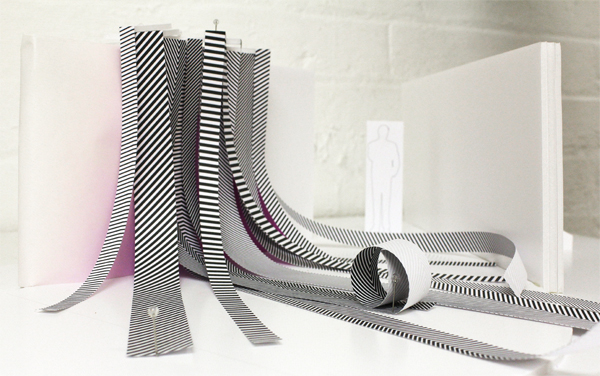 What led you to examine the topic of “flooring” more closely? Which aspects have you focused on in particular and what concept did you come up with?

Sebastian Wrong: It was by Stefan Diez’ invitation to participate in the “Flooring Deluxe” project that led me to think about “flooring” in more detail. He asked to me to collaborate with the Danish brand “Fletco” who manufacture floor tiles and carpets. So after a visit to Fletco’s offices and factory I became interested in new ways to use their printing technology on carpets. This printing technique opens up a world of possibilities when working with pattern and color, which is why I decided to create a manifestation of colored pattern within the exhibition space – a bold statement that would capture people’s attention.

The concept was inspired by warship “dazzle” design, which was used in the early 20th century to effect optical disorientation and provide abstract camouflage to moving objects. I then used this principal on strips of carpet, which now cascade into a sea of color diffusion.

What was the greatest challenge you faced when implementing your project?

Wrong: I have been very lucky working with Fletco; I have not encountered any challenges so far as regards convincing them of my idea or the execution of the concept.

Do you have a favorite type of flooring, both personally and from a designer’s perspective?

Wrong: I like a good parquet floor… But I do consider the flooring industry and its relationship to design to be relatively conventional and therefore one of the few remaining areas of design that is open to reinterpretation. It’s an essential product, but (in terms of its value) it’s still rather underestimated. 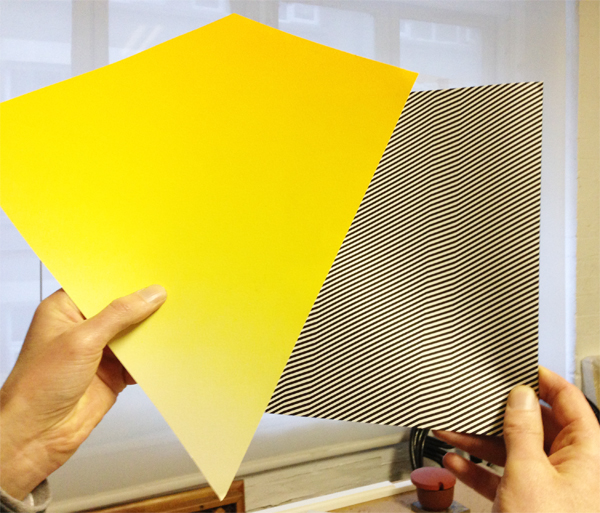 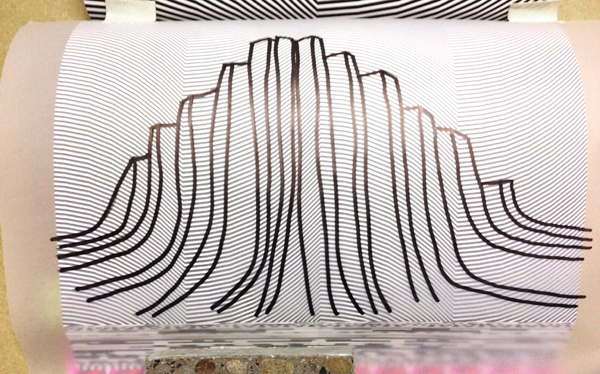