Border fences and walls spell disaster – and not just in aesthetic terms.
by Jochen Stöckmann | 5/8/2017

Draw bridges, moats, crenellated turrets, and sentry boxes – these fortifications provided the archetypes of “security architecture” when playing games with Medieval knights and castles. Today, in an age of cyberattacks and Firewalls, hardly anyone still thinks about physical barriers and blocks. However, a glance at barbed barricades and tank traps, crowd barriers and traffic cones is definitely worthwhile. As an introduction to the cultural history of a very special form of design that reflects the respectively current “threat scenario” – and can serve as an indicator for the mind-set and socio-psychological condition of a society.

For example, think of the “civilian” use of originally military inventions. “Barbed barricades”, cross beams with sharp-tipped posts placed on them, were intended to stop cavalry and infantrymen in their tracks. The later tank traps were a lot more massive, but then they had to stop far greater opponents. Police in the inter-war years in Germany used the same principle to build barbed-wire barriers when political demonstrations started to turn into violent street riots. What was originally erected between the trenches in World War I now at the end of the 1920s indicated that the situation in German cities was similar to that in a civil war.

After the end of World War II, a truly unmilitary element of order popped up in the guise of the traffic cone invented in 1952. The red-and-white cones made of rubber can be considered the symbol of that saturated country of the economic reconstruction that so eschewed experiments and political extremes. The cones rely on pure symbolism for their effect. Anyone who seriously wanted to could simply fender-brush these lightweight ersatz policemen out of the way. But German drivers, those cavaliers of main roads, did not even dare touch them. At that time, in France, by contrast, Melville’s detective movies show the gendarmes setting up road blocks with strips of nails, to give the policemen’s stop sign a little more punch.

The authority of German policemen must at some point have started to waver. And thus to this day entire divisions of mouse-gray concrete bollards do service as orderlies, “silent policemen” solidly sunk into the ground forever and ever. Only the stainless versions are flexible and can rise up from the ground when needed, the top edge blinking red all the while. Post-1989, standard versions such as decorated cast-iron bollards, tubular posts painted white, or bollards with rounded tops stood in to cover the immense pent-up demand in east Germany for such orderly installations. By contrast, the West had beautified the Kurfürstendamm with a premium bollard type, simply by way of decor: “Urbi-City” did not need to stand any tests of trouble as no one really needed to be “pressganged” into wavering from some idiosyncratic path on the high-end shopping street.

A barrier from Hamburg

Repelling the masses such as once stormed the Tuileries or the Winter Palace was a tough test that only the “Hamburger Gitter” crowd barriers designed in 1968 had to pass. Like the cones, clad in red and white stripes the barriers do not really look defiant and consist of segments that simply slot together. The more pressure exerted on them, the more stable they get, however. Because as with a right-angled book end, the “base plate” ensures that every additional demonstrator who comes up against the barrier simply adds to the weight holding it in place.

Anyone wishing to overcome this law of physics, i.e., overcome the crowd barrier by upending it, needed to be well-versed in the art of abrupt changes in direction. In this regard, we can read Olaf Metzel’s “Randale-Denkmal” as a subversive instruction manual: The artist has stacked up the red-and-white barriers willy-nilly, pointing in all directions.

Metzel’s sculpture was made in 1987 and was a last finger pointed eastwards: If the East German Communist regime had really wanted to put a stop to the liberty train, that mass immigrations westwards, all it would have needed would have been a fence along the lines of the Hamburger Gitter. But Walter Ulbricht as Party Chairman simply insisted on something more solid: an “anti-fascist protection wall”, through which in the end the “wallpeckers” chipped their way. The wrong way, namely from the East.

A wall of glass

Hard-headed Ulbricht could have learned about this dialectics of built barriers from the military, namely the Israeli Army. In a documentary by Avi Mograbi the security offices in a settlement in the Palestinian territories insists: “Fence signal fear – the Arabs sense that. If they sense our fear they will attack us.” For many years now the settlers rely on visual surveillance: the material protection afforded by a fence and wall would only block the clear view: A broad strip is brightly floodlit, while the houses grouped like a corral of wagons, remains in the dark. Potential attackers cannot approach without being noticed and cannot discern where exactly there is a worthwhile target.

Videre sine videri – the military principle of seeing without being seen, shapes civilian life today, in our cities: Long gone are the sentry boxes painted in the bright stripes of the respective state. Public authorities and barracks are no longer protected by guardsmen who greet the incoming civic authority with a military salute, too. More effective is an invisible guard, standing with gun at the ready behind the entry gate or behind mirrored glass.

Glass has likewise lost its innocence with modern security architecture, or rather has shed the myth that it is transparent. Walls made of bullet-proof glass protect the Eiffel Tower in Paris against terrorist attacks. “Effective and aesthetically appealing,” as Jean-François Martins emphasizes. What the City Building Councillor forgets to mention: With its vast arcs between the pillars, its spiral staircases and soaring struts, the Eiffel Tower connected inner and outer spaces to an unprecedented degree – using steel. And precisely that transparent, public space is now protected by glass, blocked off. At least on the narrow ends, there will be cast-iron bars with the original ornamentation, by way of historical reminiscence. And because cameras and security personnel already monitor the throng of visitors there anyway.

With glass barriers Old Europe seems at least to have learned its lesson from the experiences in the USA in the wake of 9/11. There, overnight bulky concrete blocks and sharp-edged metal fences popped up in the major cities seemingly overnight. Architect Daniel Libeskind admonished that “anyone responding so brutally to brutal attacks merely intensifies the feeling of fear.” New York City’s Art Commission felt it had to issue guidelines for the design of security installations. The idea: “Using Art and Design to Improve Security”.

Art and design thus have to heal the damage the Jersey Barrier commits. The latter are mass-produced concrete barriers with a Y profile and served originally to deflect cars and separate traffic on the New Jersey Turnpike, hence the name. In the years prior to 9/11, when a property speculator who had not yet ascended to high office wanted to set his “Trump Circle” off from the rest of the property world, he opted for Jersey Barriers and architecture critic Ada Louise Huxtable commented that this “Donaldland” was dotted with the “most horrible instrument ever invented by human engineering.”.

In Washington, where Donald Trump now runs business, the concrete barriers are just about ubiquitous. Be it disguised as benches outside the Smithsonian Institute. Or in the martial no-frills version outside the White House, where Jersey Barriers “protect the President and the city, and murder public space,” as Blair Kamin and John Parkinson confirm in their studies “Terror and Wonder – Architecture in a Tumultuous Age” and “Democracy and Public Space: The Physical Sites of Democratic Performance”. Above all, the blunt and obvious security installations are invitations to terrorists, telling them that here there is something worth attacking. They stand silently as indicators of where power is seated, and are thus all the more provocative.

Possibly in order to dull the unpleasant hard edges of the customary security architecture, in 2006 the New York Times arranged a kind of game. Under George W. Bush Congress had decided to expand the frontier facilities along the border to Mexico; artists and architects were called on to propose an alternative to this “wall”. Eric Owen Moss Architects suggested erecting a dense forest of glass columns: transparent, but impenetrable. Ana Teresa Fernández wanted to paint the border fence in azure from the sky to the riverbanks. And eco-friendly versions such as a line of cactuses or a wall of earth shoveled into place by Mexican contract workers and then stamped hard were discussed, albeit not always completely seriously.

Thus what started in 2006 as a farce later turned into a tragedy: The first tenders for sub-sections of Donald Trump’s wall project have now been answered by firm bids from construction companies: The border wall complete with solar panels, or animal-friendly with small holes for the rabbits and hedgehogs, or as a foundation for a monorail track. Ecological ornament as moral felony. And no security architecture can protect us from that. 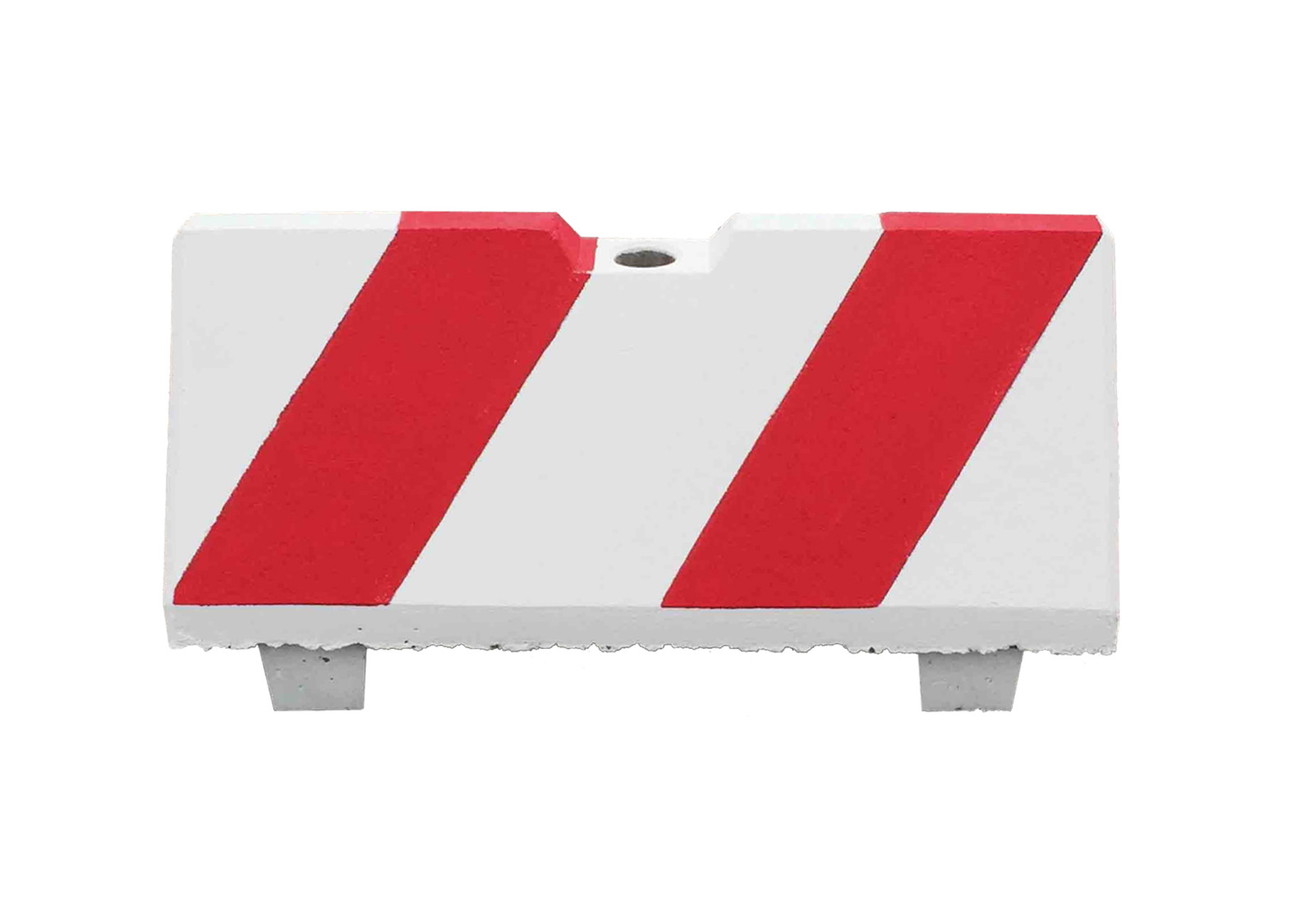 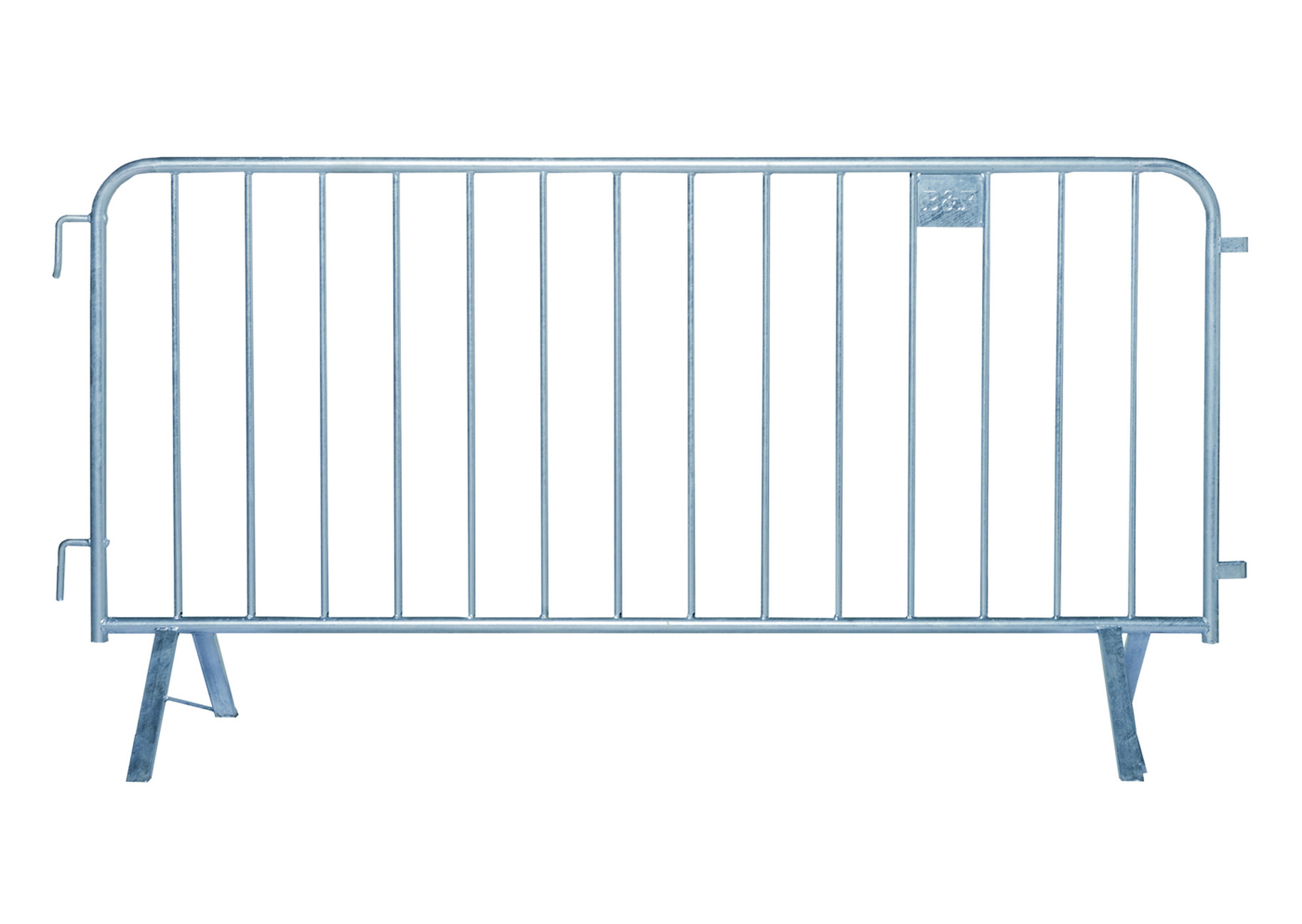 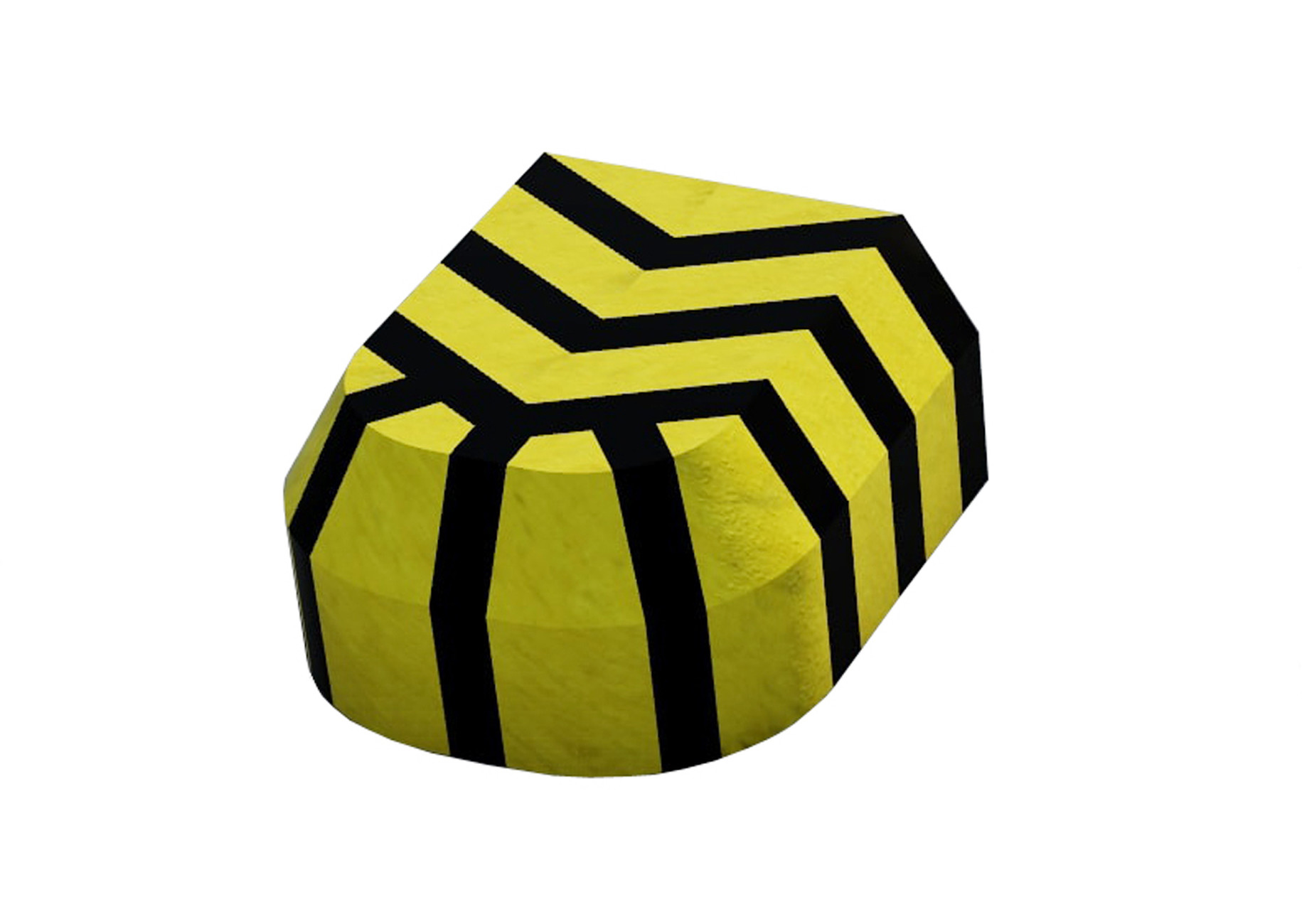 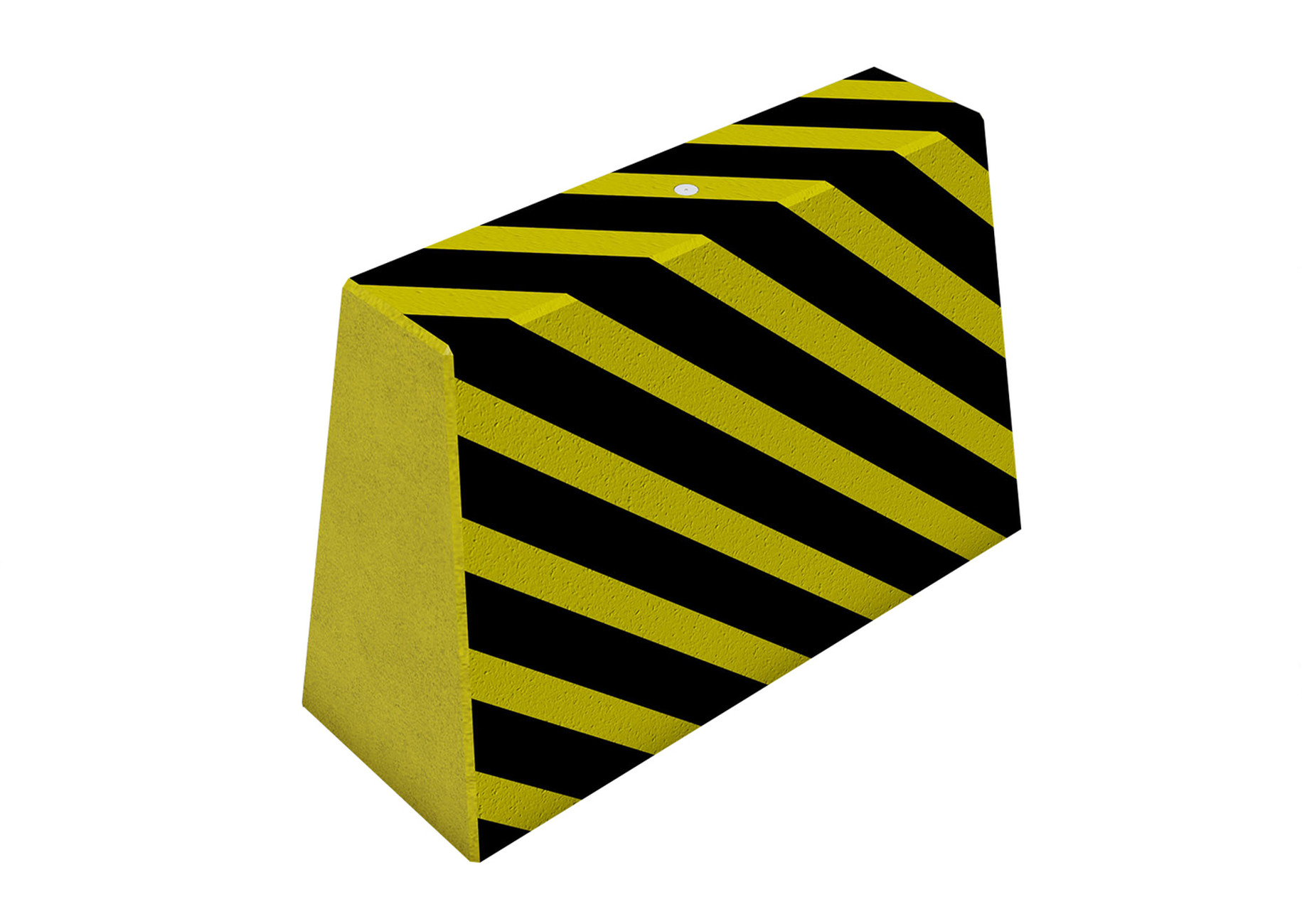 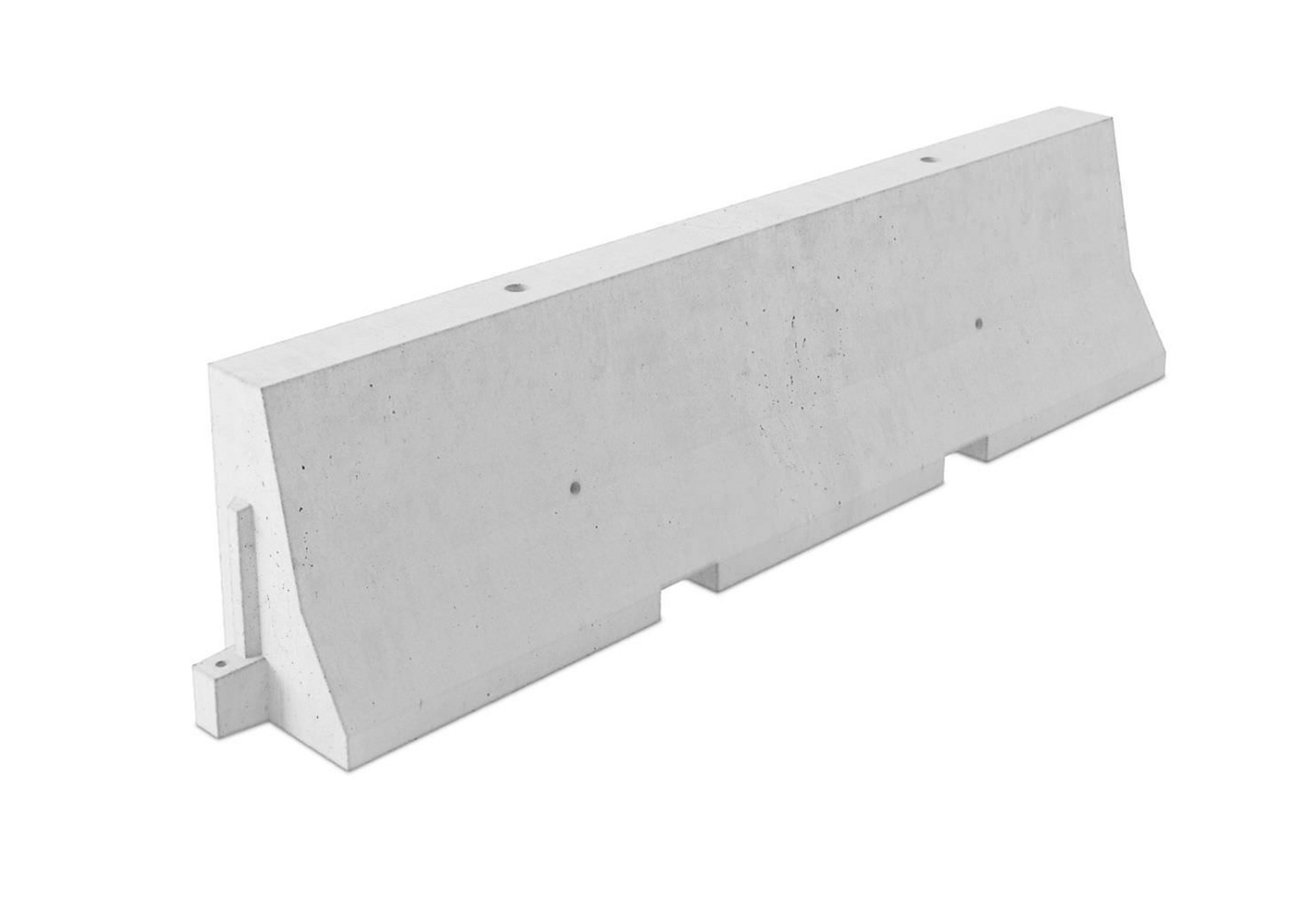 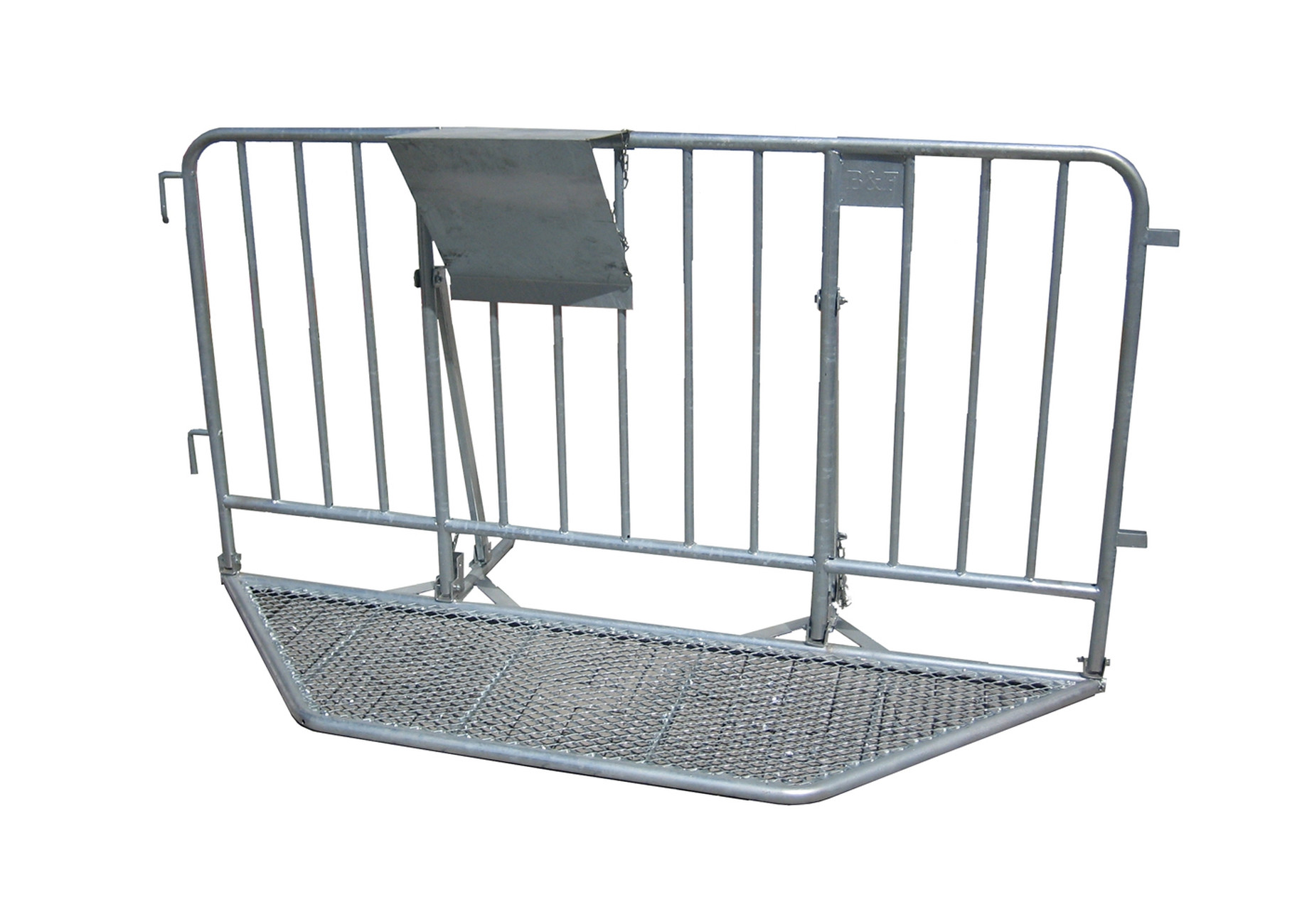 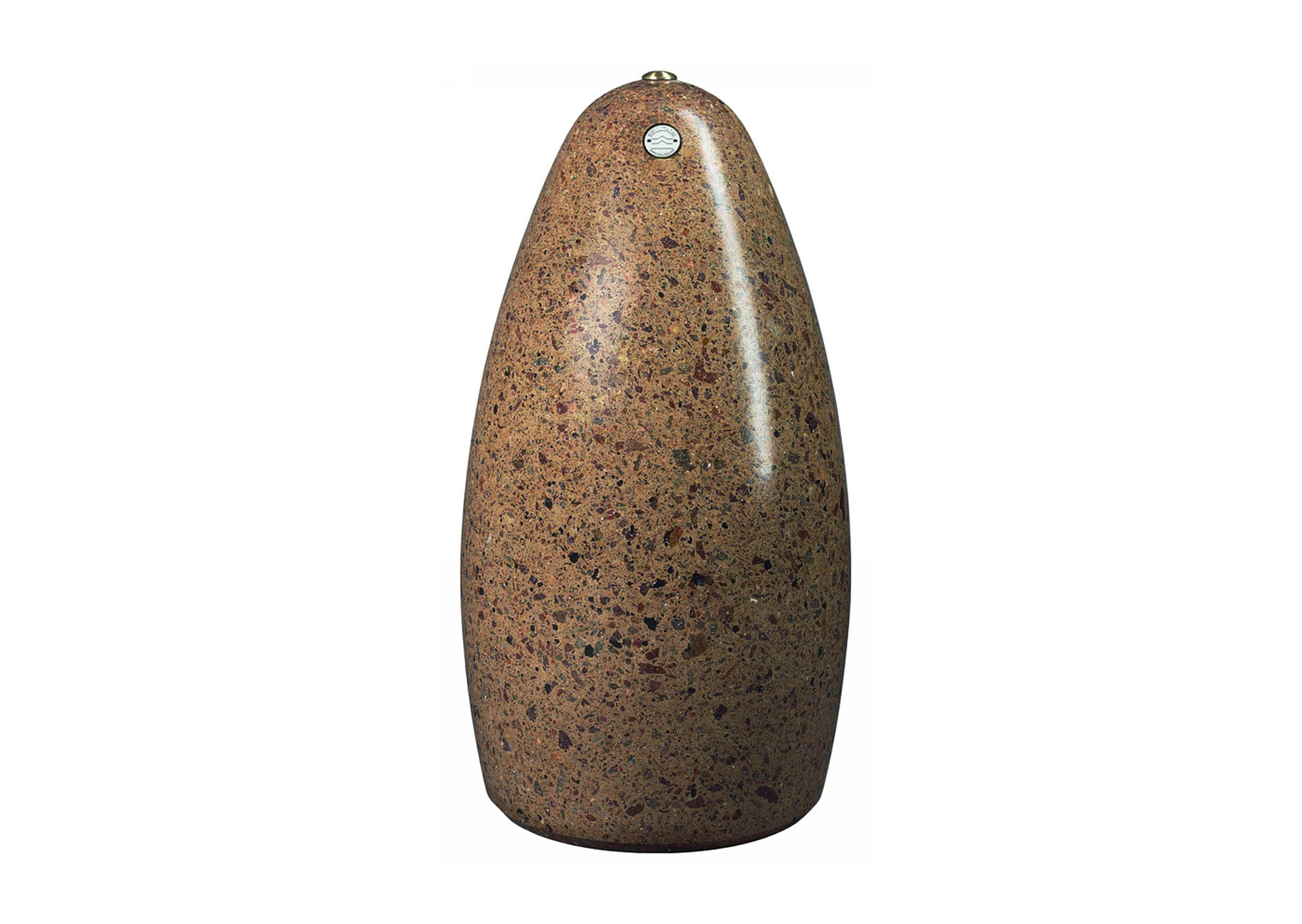 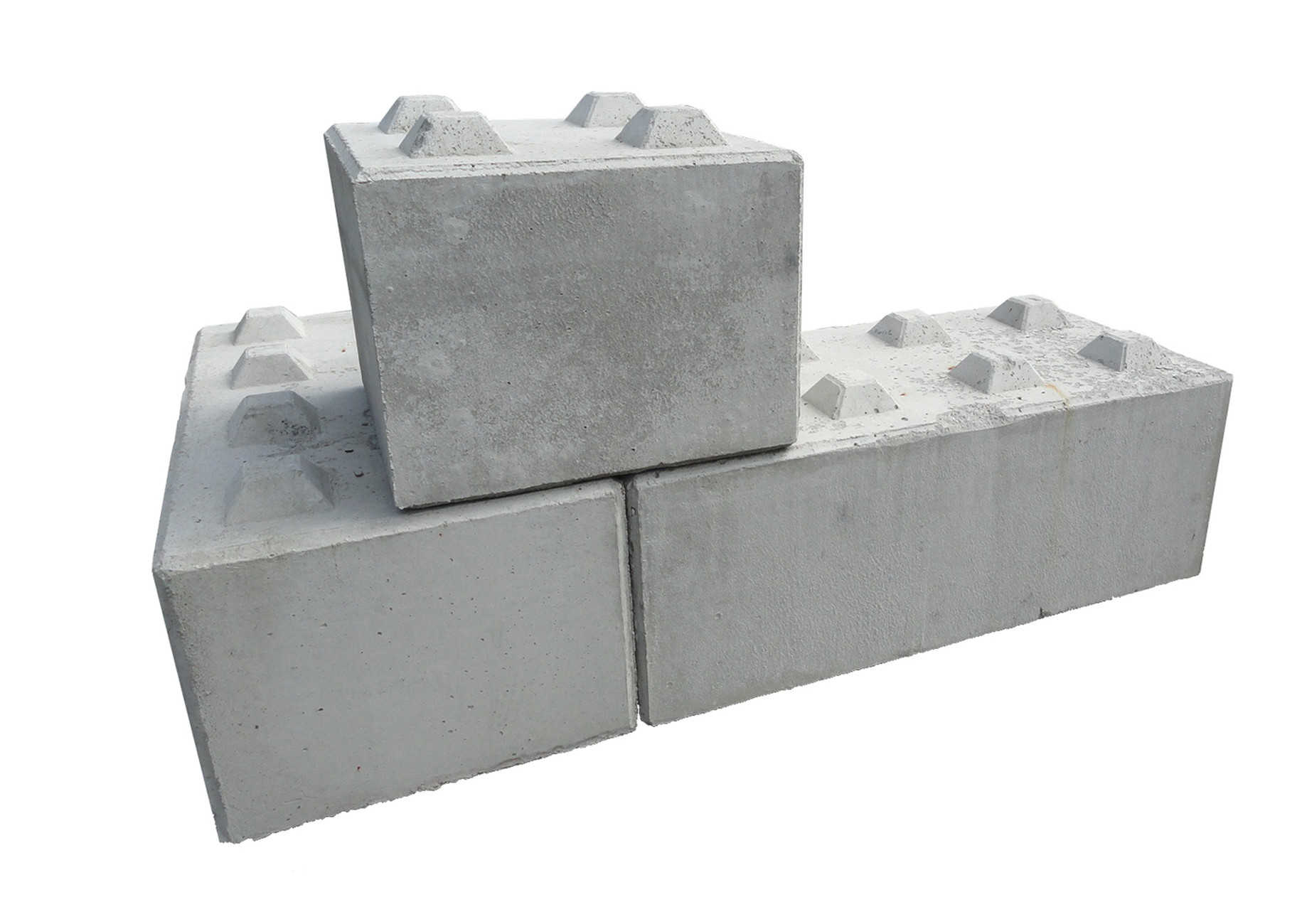 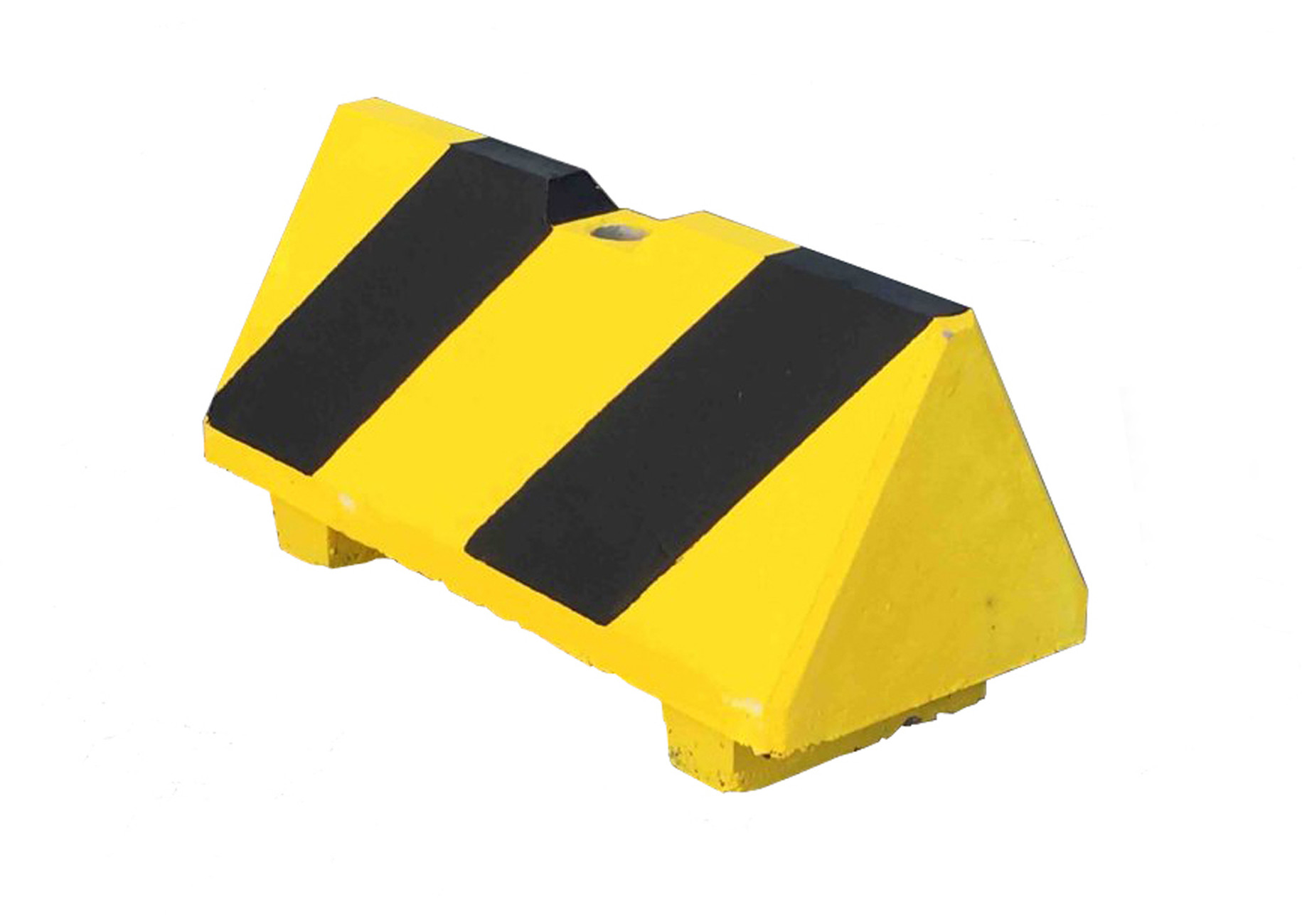