A true panorama of lighting design emerges from the dialogue between the works displayed in »Lightopia«. Photo © Natalia Suwalski

Ever since its invention, electric light has been at the forefront of rapid-fire technological advances and provides fruitful ground for discussion. The technology needed to generate the light is just one aspect worthy of consideration. What is light? What do we need it for? And how much of it do we require? It seems as if electric light, the potential ways in which both it can be produced and luminaries designed has sparked much interest ever since the European Union banned the use of conventional light bulbs. It is not without reason that light, which shaped the technological age and is so indispensable in today’s information age, is an inherent part of the concept of Enlightenment. Nothing shall remain in the dark.

Now “Vitra Design Museum” has joined in the debate and ventured with passion to illuminate the phenomenon of “light”, albeit from a new perspective: “Lightopia” devotes itself specifically to lighting design, which is clearly a field in its own right, but rather difficult to define. The bedrock for the show is the museum’s own collection of luminaires, which it has assembled down through the years and today boasts close to 1,000 objects. Among the 300 or so exhibits on display, selected items from the collection are being showcased here for the first time.

The exhibition organizers take us on a journey through four themed spaces destined to investigate interdisciplinary aspects of light and design. The first chapter entitled “Living Lightopia” is a darkened room that provides a general introduction to the show. Inside, we find ourselves plunged into complete darkness. The opaque surroundings are supposed to help us focus our senses on the essential power that is light. Alongside more playful and artistic approaches, the light bulb is celebrated here as a “Modernist classic”, while a supersized image taken from space provides an impressive illustration of the stark differences in light consumption in the various regions of our planet. Amazingly, all of the River Nile is illuminated.

The second part of the show concentrates on luminaires created by a wide range of designers and architects. The focus here is on demonstrating the sheer diversity of shapes, materials and approaches that have inspired different luminaire designs. The objects are displayed on raised stands and include icons by the likes of Wilhelm Wagenfeld, Achille Castiglioni, Gino Sarfatti and Ingo Maurer. The displays are embedded in elegant alcoves separated by floor-to-ceiling curtains, which entice us to stay and spend some time pondering the beauty of these creations.

The view broadens in the third exhibition space, where light and its “performative power” take center stage. On display is a compilation of examples showcasing the atmospheric and scenographic qualities of light and their use in modern industrial society. Aside from a chronological table complete with films and interactive displays, which has a decidedly educational feel to it, there are several interactive installations designed to heighten our awareness of the effects light has on color, space and movement. Neon signs and halogen lamps take a bit of a back seat here, but László Moholy-Nagy’s famous “Light-Space-Modulator” easily makes up for this as it entices us to immerse ourselves in the play of light. And then there’s the remake of a 1968 Bolzano discotheque entirely made of translucent Perspex which certainly lets visitors imagine a setting that hosted wild parties back then. Contemporary concepts by big hitters such as Olafur Eliasson, Troika, Chris Fraser, Front Design, Daan Roosegaarde, Joris Laarman, realities:united and mischer’traxler demonstrate the creative opportunities afforded by light today.

On the top floor the exhibition homes in on light as we use it in contemporary society. Entitled “Light for Tomorrow” the focus here is on elaborating on how the technophiles foresee light being embedded in life – think LED and OLED. In the center of the space we find a mock lab situation that is framed by installation-type works. Designs by Joris Laarman, Auger Loizeau and Rogier van der Heide serve to illustrate the opportunities afforded by energy-efficient light-emitting diodes in forging a link between lighting and energy production.

“Lightopia” not only presents a panoramic overview from the cradle of the industrial society to the present day and the future, which as yet remains in the dark. Moreover, in the first room, the world map that shows today’s global energy distribution draws attention to this red-hot topic and it is difficult to ignore for any observer, consumer or designer who takes such issues seriously. Thanks to digitalization and the swift advances in OLED technology light is becoming increasingly independent of an object around it, i.e., a luminaire, that serves as the source emitting it. As an integral component of façades or textiles light is fast morphing into something that can structure and define space – many a Modernist’s dream come true. In the end there really is only one thing missing in the exhibition and that is being able to explore “light without electricity”. The water bottle light from the slums of Manila would certainly have been an ideal bright spot at “Lightopia”.

More than the sum of little houses: The VitraHaus by Herzog & Meuron in Weil am Rhein is composed of twelve elongated buildings. (24 February 2010)

Curtain raised in Weil am Rhein: Vitra appointed Japanese architectural duo SANAA to create the designs for the new production hall at the campus. (5 April 2013) 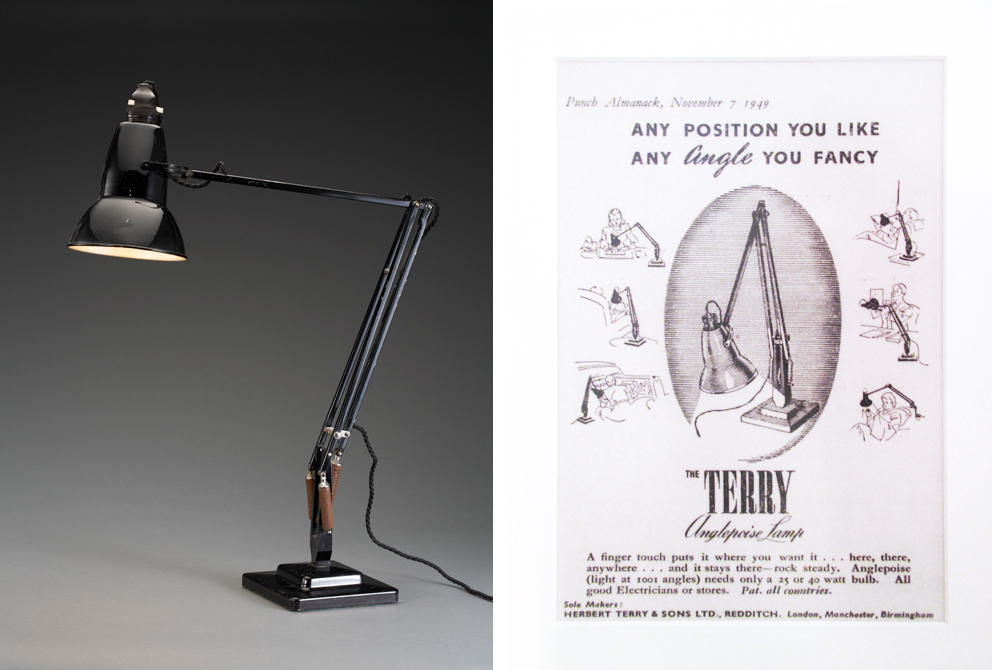 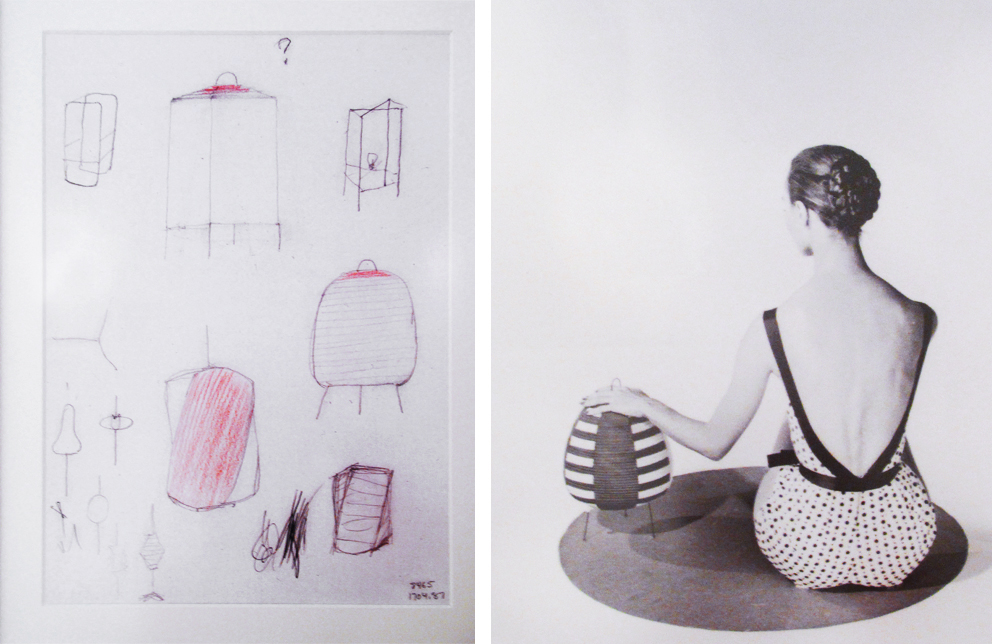 Lightopia shows how diverse the forms, materials and approaches that make the creation of luminaires. Photo © Natalia Suwalski 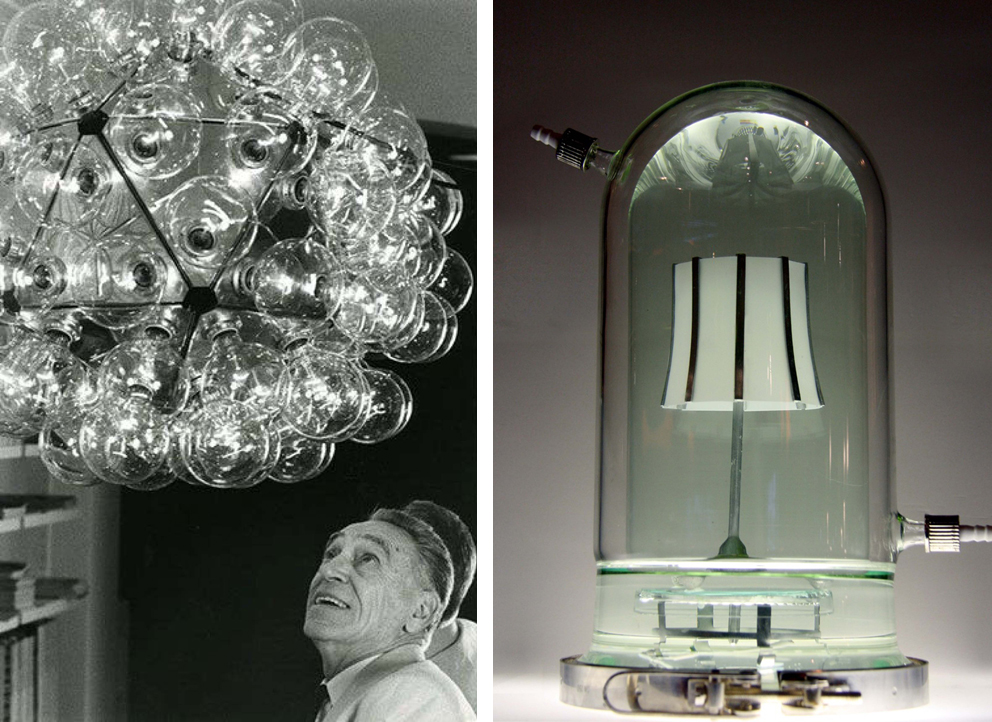 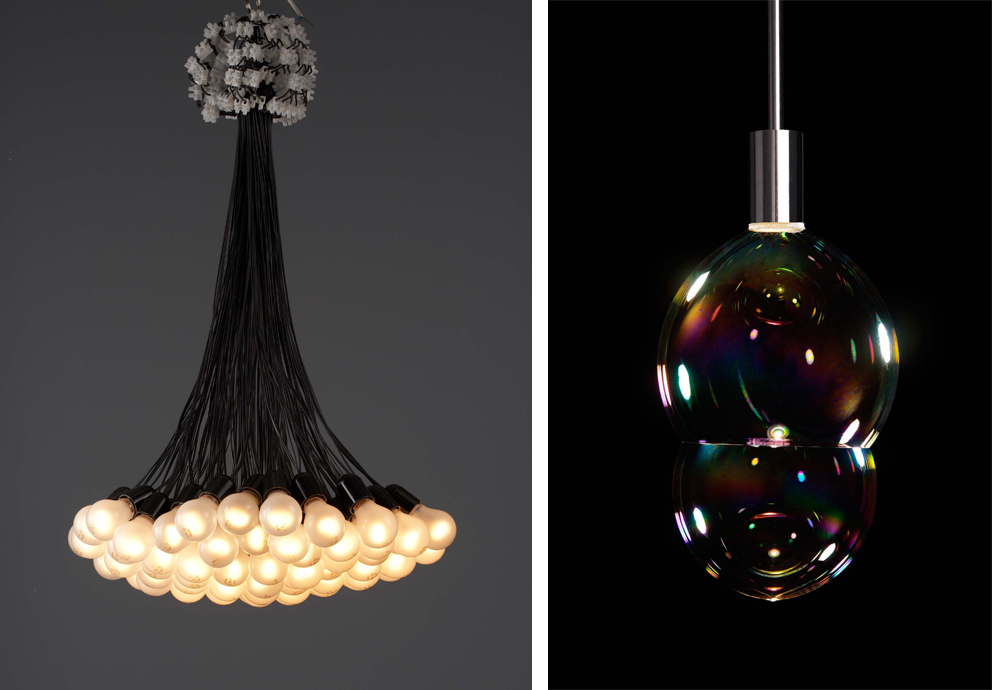 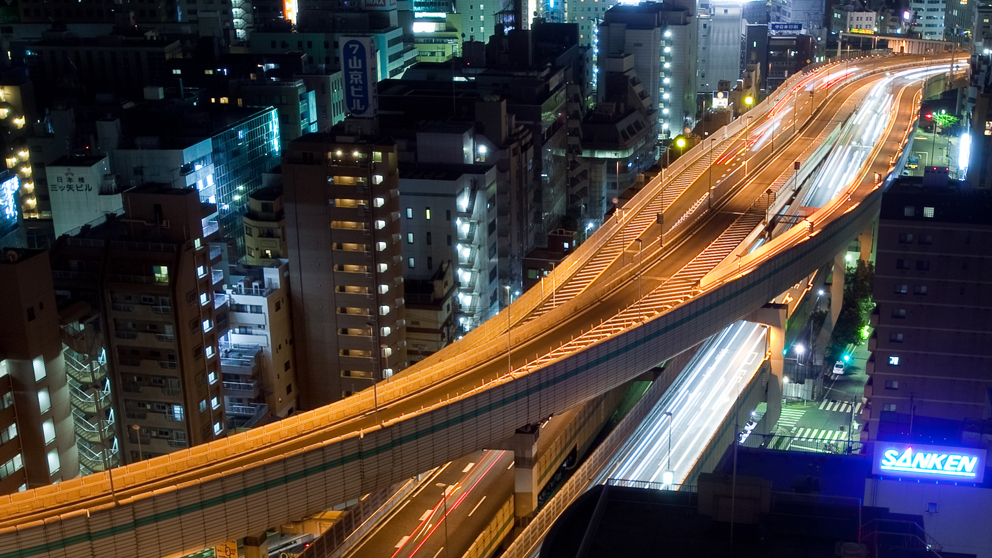 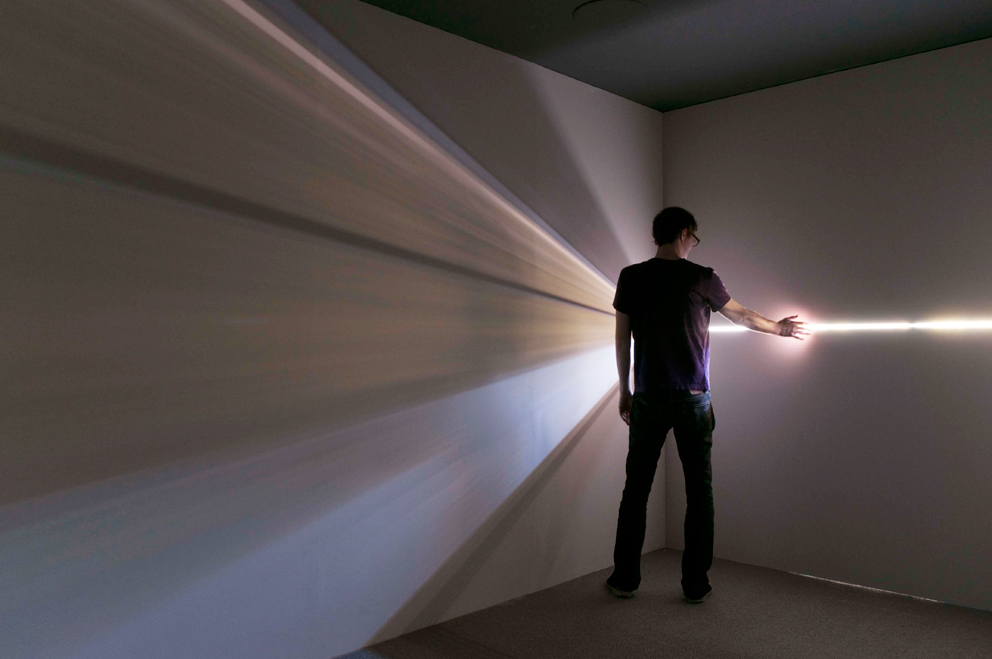 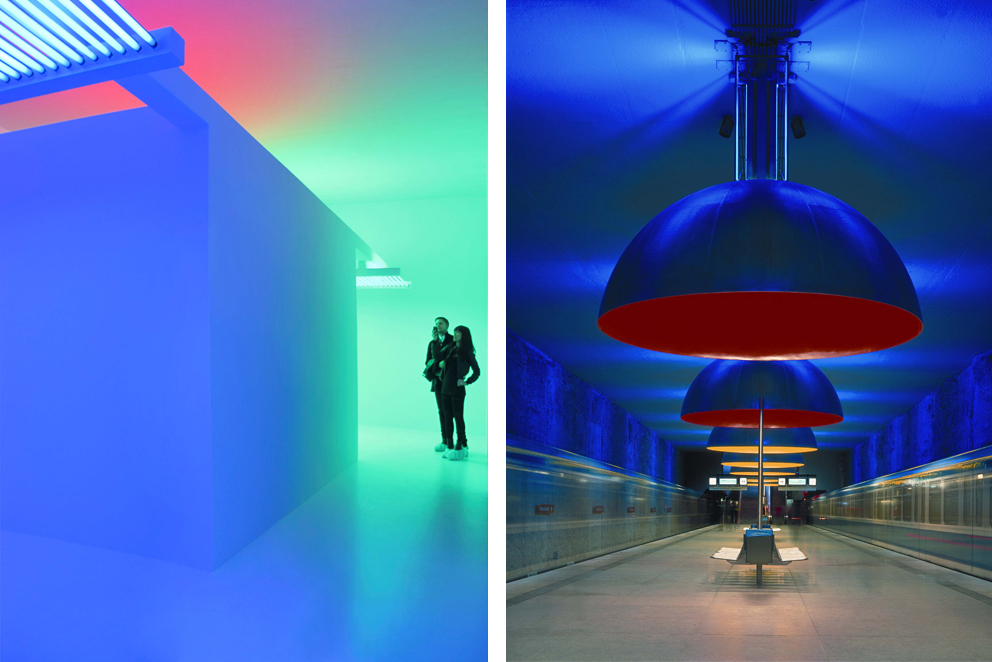 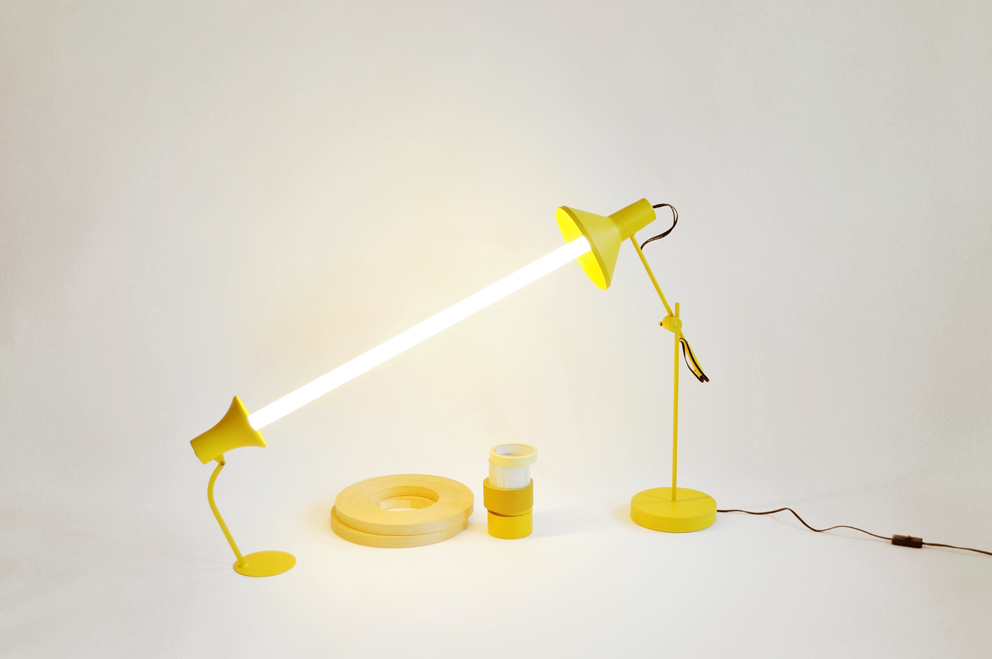 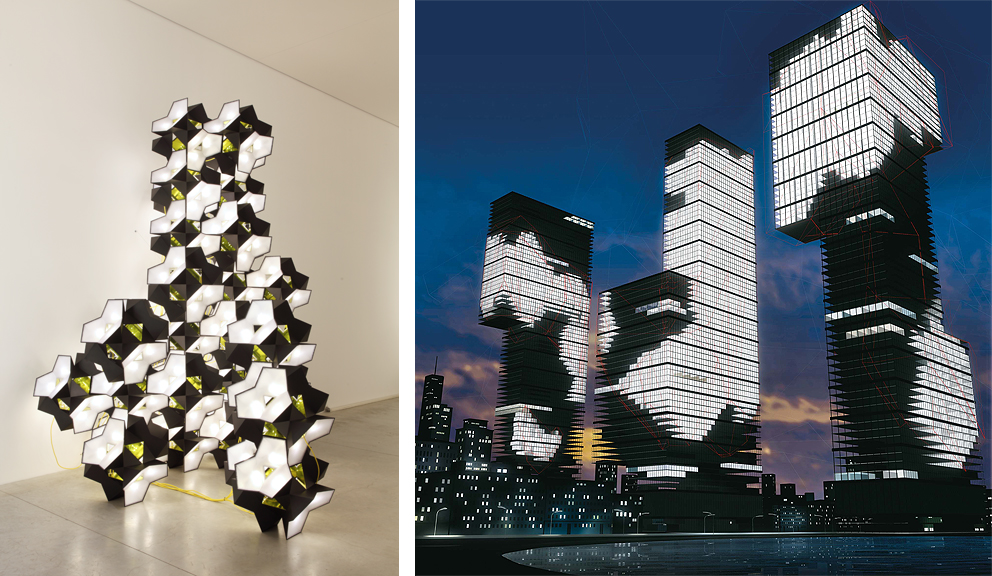 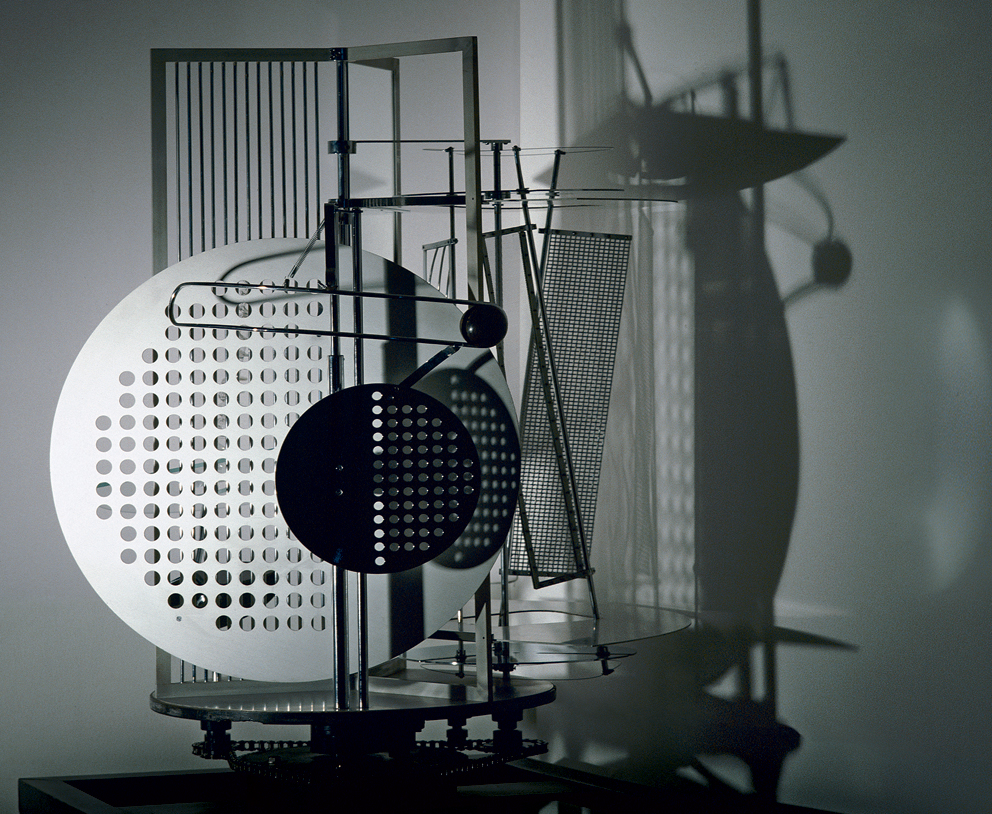 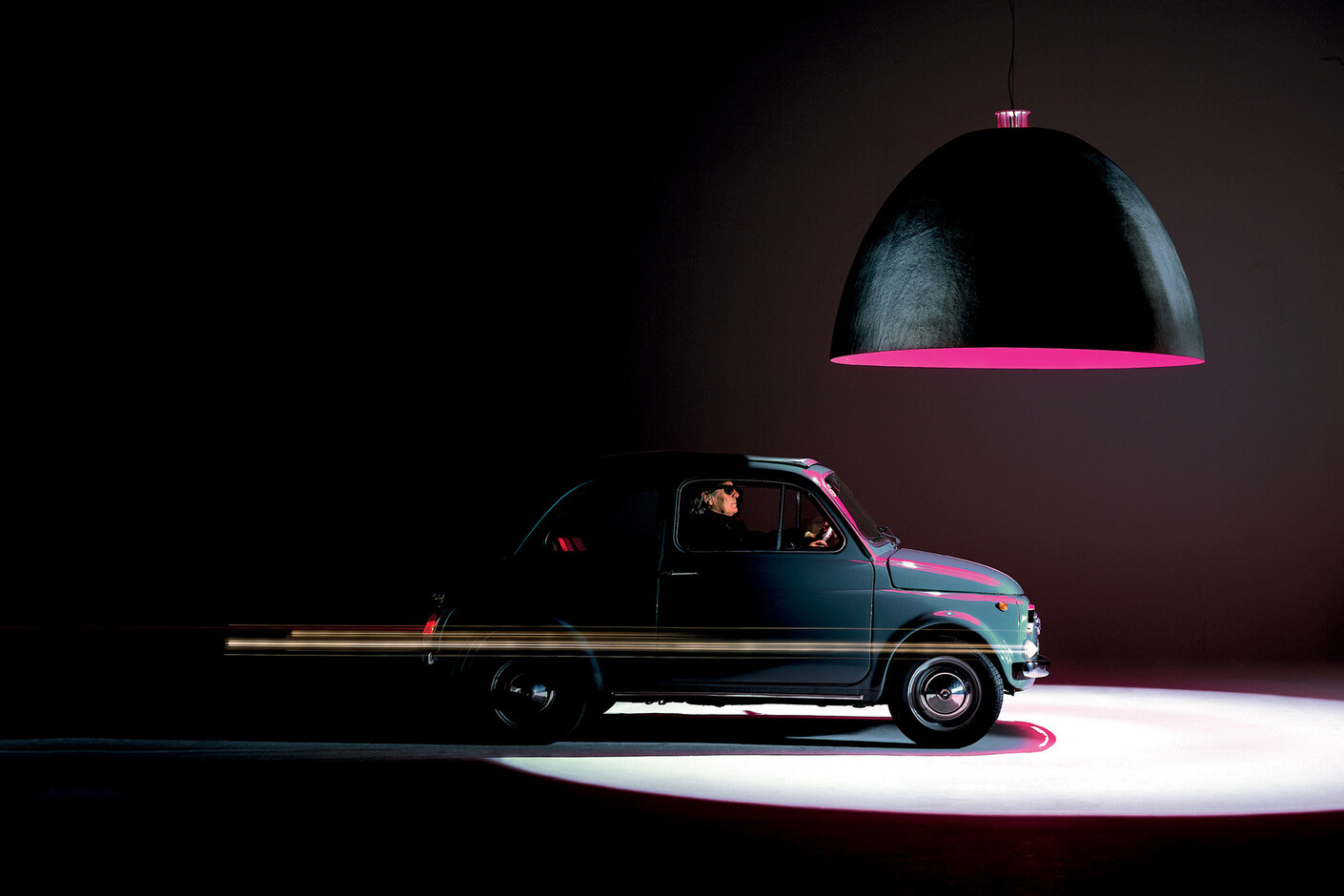 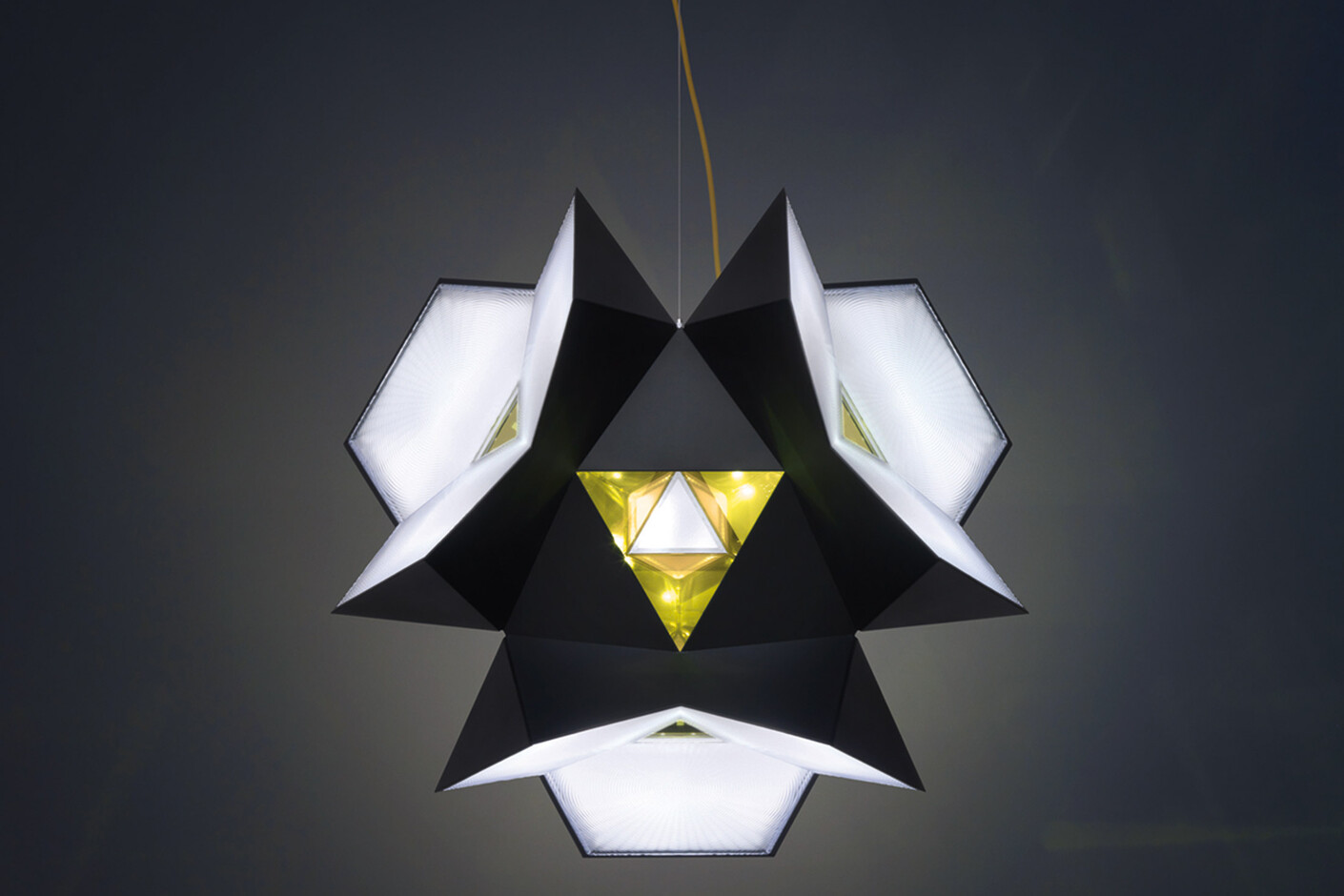