top
Seizing it by the horns 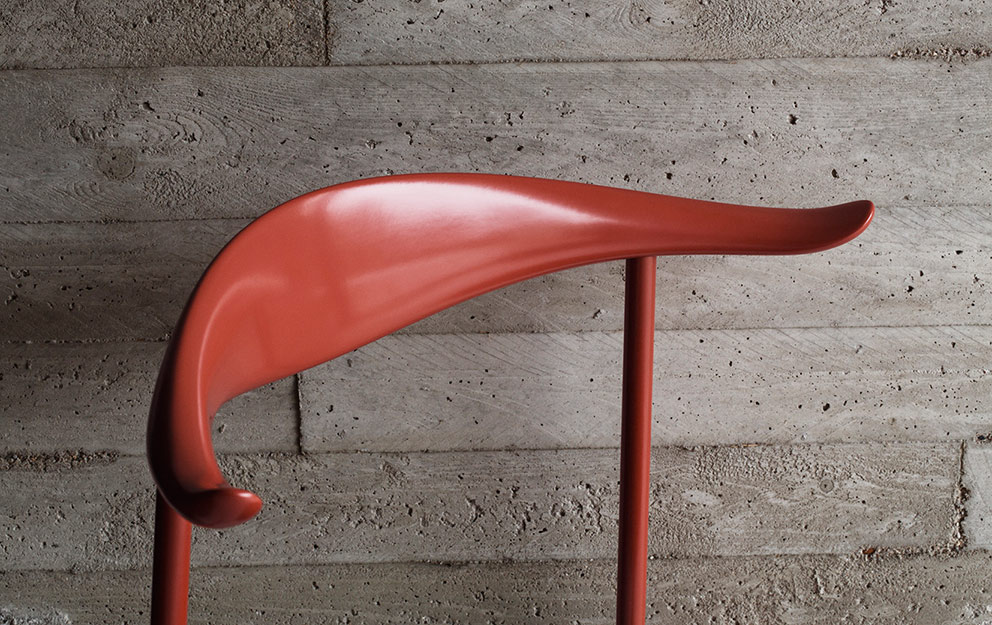 A chair to get your hands on. With the slightly upward curve to the ends of its backrest’s “horns” it seems truly cheeky, like some brash and boisterous young bull. Yet the design actually dates back to the 1950s, when Hans J. Wegner was busy toying with combining steel and wood. Thus it was that around 1955 he made three versions of his bull’s horn chair for “H55” the major Nordic design exhibition in Helsingborg. Carl Hansen & Son brought out one of these chairs, originally designed for Fritz Hansen, last year to mark the 100th anniversary of Wegner’s birth – and called it “CH88”. And even if you wouldn’t necessarily associate Wegner with color, the prototype actually already boasted a metal frame with a coat of colored lacquer. Meaning “CH88” is now available in orange and petrol, in white, anthracite grey – and a few other colors into the bargain.

What is more, Carl Hansen & Son is also fielding the patented “Tray Table” Wegner designed in 1970 as “CH417”, with a folding frame and a round tray boasting an outer ring of oak wood – and a perfectly inset handle. (tw)