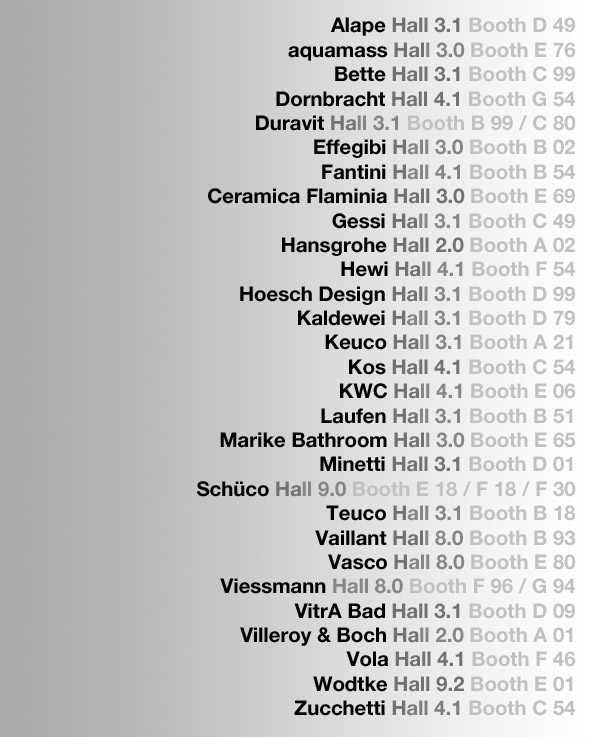 From 10 to 14 March in Frankfurt am Main, approximately 2,400 manufacturers, more than half of them from out-side Germany, will present the world's largest exhibition for bathroom design, building, energy and air-conditioning technology and renew-able energies. This year marks the 50th anniversary of the ISH, and over 200,000 visitors are expected, with approximately one quarter of them coming from outside Germany. An exhibitor schedule presents the most important manufacturers.