top
Smart elevators as a model for autonomous transport
IN CONVERSATION: 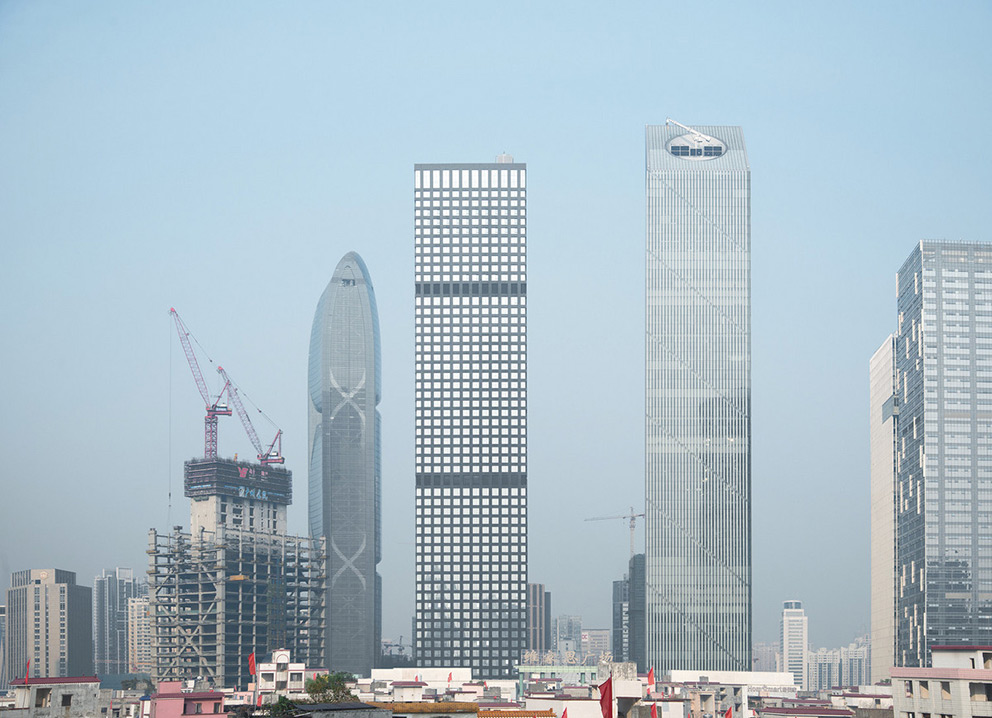 The Bank of Guangzhou in China is using the elevators from Schindler. Photo © Schindler AG

In the past 100 years, elevators have played a major role in the development of our cities. In other words: without elevators, today's buildings wouldn't be as high and the cities not as densely populated. In modern elevators, intelligent control systems already ensure an extreme efficiency in passenger transport. One of the leading heads behind those intelligent systems is Dr Paul Friedli, the Schindler AG's innovation officer and member of the Audi Urban Future Award 2014 team in Berlin. In our interview, Friedli shares his ideas on how mobility solutions might be transferred from skyscrapers to road traffic.

Martin Lewicki: Why does it seem to be so difficult to resolve mobility issues?

Paul Friedli: In medieval towns distances were easily covered by horse or on foot. Today, distances between workplace and home are too long, and at the moment the unfettered increase in motor traffic leads to capacity problems on the roads. There is a similar problem with traditional elevators that only operate with the help of destination buttons. From a certain rate of occupancy, passengers can no longer enter on some floors because the lift is already at maximum capacity when it stops there. And yet it stops at each floor, only to find out that no-one can actually board. The entire system is bogged down and transport performance falls to a level of ten to 20 per cent. The situation on the streets today obviously is quite similar.

What would be your approach to get traffic in our cities moving again?

Friedli: At the end of the day, mobility in our cities can only be realistically improved, if we know where people are headed. We can optimize our elevator systems quite a bit as we know early on where our passengers wish to go and have them regroup according to their destination. This technology could be transferred to horizontal traffic flows as well, which will be clearly easier once we have self-driving cars. These react much faster to new information than we can, allowing us to use existing infrastructure more efficiently and save a lot of time. Time we lose in traffic is lost lifetime – and the way I see it, that's extremely precious.

Would autonomous driving be the solution to many mobility problems?

Friedli: The self-driving car is probably only a temporary solution, but it is overdue and should be implemented as soon as possible. While the technology exists, the problem is an urban one: our cities are not built to meet people's needs. In high-rises you have to go all the way down to reach another building, with the next skyscraper standing next door. This is neither pretty, nor does it make much sense. Other houses block the sunlight and distances are ever increasing. Why are the buildings not connected at an upper level? Because property developers want to get the most out of their surface. The situation is similar on the roads. Only when the cities and the automotive industry start to cooperate more closely comprehensive solutions will be found. Why for instance should cars not drive below ground in a designated area?

What would be the next steps now?

Friedli: You can't order innovation to happen but need to create an environment that enables innovation. We urgently require a test track for piloted vehicles. This would allow the envisaged link to the planned Urban Tech Republic to become an innovative area for self-driving cars. As soon as we can prove that piloted driving is as safe as stepping aboard an elevator people will start to support it.

You've been researching the behavior of people in motion for years. What has most surprised you?

Friedli: If someone or something is coming towards me, I want to get out of the way. This avoidance rule is normally applicable to nearly all situations where masses of people gather – except in elevators. One group wants to enter the elevator, another wants to get out. In real situations we have observed that particularly tall people who have an overview develop strategies to get out of the way of other people and find their way out of the elevator. Shorter people tend to look for gaps and aim for them – those are very different behaviors. In order to gauge how people move we had to develop a model that takes into account the field of vision of the people involved.

Would such a model be applicable to road traffic?

Friedli: Something similar actually should be done for traffic in order to approach the subject more empirically. At the end of the day, most bottlenecks are triggered by human behavior. Many traffic problems would be a thing of the past if we had self-driving cars. However, even if cars were able to truly communicate with each other that would represent a great leap forward.