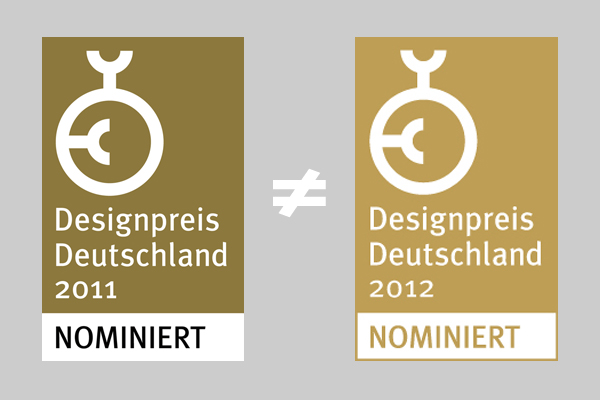 Andrej Kupetz: "We clearly stated the difference between the two prizes in the registration documents." Montage: Stylepark

Manufacturers and designers in Germany are hotly debating the matter: Is the "German Design Award" a newly conceived competition or simply a fraudulent matter, hijacking the reputation of the "Design Award of the Federal Republic of Germany" gained down through the years and applying the label for a new purpose? One central question in the debate is the role played by the German Design Council. The institution is headquartered in Frankfurt and was set up very many years ago by German Parliament and given the mission of promoting good design; for many years it has hosted the publicly-financed competition but recently was forced to accept that the "Design Award of the Federal Republic of Germany" was discontinued and a public tender is currently being held for bids by institutions wishing to host it. The new "German Design Award" was launched before the Federal Ministry of Economics and Technology announces which bid had won. Jörg Zimmermann asked Andrej Kupetz, CEO of the German Design Council, what the current state of play is.

Jörg Zimmermann: Many manufacturers and designers were taken by surprise to find out that the "German Design Award" is not identical to the "Design Award of the Federal Republic of Germany". As an organizer of branded congresses did you consciously accept that there was an obviously foreseeable danger of the two prizes being confused?

Andrej Kupetz: Following Mr. Wiegmann's letter campaign we made countless phone calls to our participants. Which is why I know that the confusion was by no means as great as you might perhaps assume. We clearly stated the difference between the two prizes in the registration documents and just about 100% of the participants were well aware of it. So anyone who to read the documents was from the outset not in any danger of getting confused. We can't of course stop a competitor, who suddenly senses that he is losing his turf, from then opting to spread disinformation. It's all the more interesting and we are very pleased to see, as your enquiry now shows, that the media has from the outset sought to get things clear. The "German Design Award" is a registered brand owned by the German Design Council, and we likewise hold the rights to the concept behind the award. It is perhaps unfortunate that the ministry has not communicated that "its" Design Award of the Federal Republic of Germany has ceased to exist in its original form.

The prize money for young talent is higher and the fees to take part are lower than was the case with the government-backed predecessor award. Does this mean that public-sector support makes promotion programs more expensive and thus economically harder to realize?

Kupetz: Not necessarily more expensive, but there is no disputing the fact that promotion programs organized by the private sector can operate more flexibly. Public promotion funding is always, and rightly, subject to specific rules and regulations, e.g., that you raise a substantial portion of the financing yourself. In this regard, when it comes to the "German Design Award" we have definitely been able to act quicker and in a more focused way, and above all do greater justice to business' needs. I would nevertheless not agree that your suggestion applies to all public promotion programs, as for certain tasks the public-sector must actually do more, such as in the field of enhancing the skills of small and medium-sized companies, and providing advisory facilities for them – although once again with the necessary sound and responsible approach to budgets.

Over and above the financial aspects are there other significant conceptual differences between the business-driven "German Design Award" and the "Design Award of the Federal Republic of Germany"?

Kupetz: The German Design Council has for over 40 years organized the German Federal Design Award and been in charge of the conceptual changes made to it down through time. Over that period, the ministry never prompted us at any point to modify things. Everything that has happened since the first tender for nominations for the Federal Prize for Good Form through to the last change to the decree covering the Design Award of the Federal Republic of Germany was the product of our expertise. When I was appointed CEO we were attracting a total of 96 entries for the then Federal Prize for Product Design. In 2010, the Design Award of the Federal Republic of Germany attracted 1,540 submissions. You can therefore understand just how deeply irritated we were when after such a success the Ministry decided it wished to take a different tack. The yardstick we set ourselves is that the award I constantly adjusted to reflect the communication needs of both industry and the design sector. In other words, there will be changes further down the line. In 2012 the "German Design Award" will of course differ substantially from the Design Award of the Federal Republic of Germany: It will be organized by the German Design Council. If one considers the number of participants this year then that step has been very much appreciated.

From your point of view, what is the function of a prize like the "German Design Award"? Does it promote designers and good design or is it simply a marketing tool for industry?

Kupetz: The "German Design Award 2012" is definitely both. It is a prize for absolutely superlative design, it honors outstanding persons, and highlights promising young talents. In other words, it is a reliable point of orientation for companies, clients and end consumers alike. It more or less goes without saying that the winners use the award in their marketing. On the contrary, it would hardly be logical if they did not use the award in their communications, as there can hardly be a better reference for their products and projects.

Read also:
"The competition heats up" by Thomas Edelmann

Andrej Kupetz: "We clearly stated the difference between the two prizes in the registration documents." Montage: Stylepark 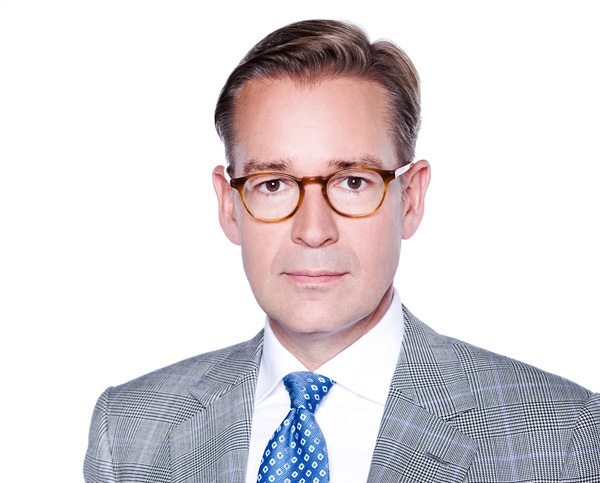