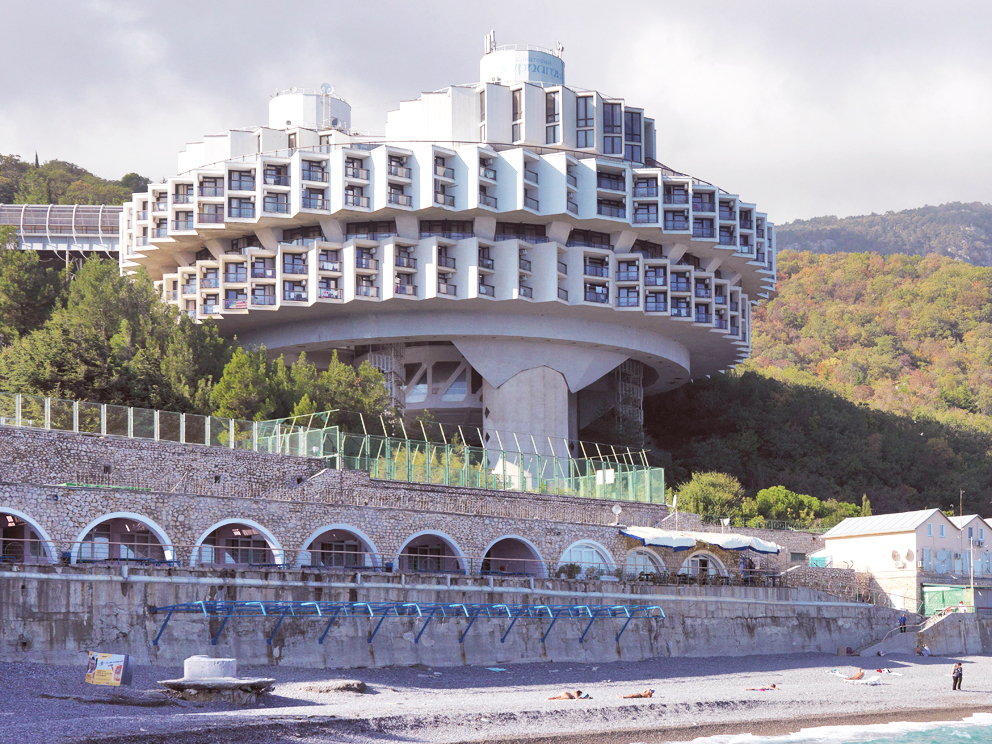 The earth is “the only house we can inhabit safely,” avers cosmonaut Sergei Krikalev in the foreword. Krikalev has had the privilege to cast an eye over the globe from outer space, and he is convinced that exploring the universe promote respect and mutual understanding back on earth. In other words, astronautics makes a key contribution to world peace. The thrust of Krikalev’s argument, consciously or not, follows the visionary thought of Russian scientist Konstantin Eduardovich Tsiolkovsky who back in Tsarist days described immersion in the black of cosmic space as a real possibility to free man of the shackles of gravity and thus help humankind find peace, happiness and success. Tsiolkovsky didn’t leave it at merely dreaming of weightlessness. Without his strong technological work on the use of rockets German physicist Hermann Oberth would hardly have come up with his concept of rocket stages in 1923.

Publisher and managing editor of DOM publishers Philipp Meuser and authors Angar Oswald and Maryna Demydovets succeed in their impressive picture book on “Architektur für die russische Raumfahrt. Vom Konstruktivismus zur Kosmonautik: Pläne, Projekte und Bauten” in confining the Cold War race for space to a backseat and focusing on explaining the metaphysical dimensions to Russian astronautics. They not only tell a compelling tale about the Baikonur cosmodrome, the Sputnik satellite, the Zvyozdny gorodok Star City, and of Yuri Gagarin, the first man in space. They also skillfully integrate the philosophical and literary underpinnings of the changed notion of space and time that allowed all this to happen. There’s mention made of the Soviet movie “Aelita – Flight to Mars”, in which three Russians head for Mars to topple a totalitarian government and found an intergalactic Soviet republic, Einstein’s theory of relativity, and the attempts by El Lissitzky, Tatlin, Krutikov, Leonidov and Melnikov to sidestep gravity. Backed up by hitherto unpublished plans, cosmic architecture is presented against the backdrop of the social, historical and fictional proposals of the day, beyond all traditional stylized and epochal categorizations.

Instead of writing architectural history from some supra-ordinated, invincible position, as if seen from the moon, the authors consider it a living matter. Which is why contemporary eye witnesses are cited, such as now 82-year-old architect Galina Balashova, who as part of the Vostock Program was in charge of designing the interiors of the manned space capsules. She is said to have had Head Engineer Sergei Koroliev to thank for the opportunity, as when confronted originally by designs that resembled flying tin cans is rumored to have said: “A man can’t fly to space sitting on a toilet.” Balashova took her cue from apartments back on earth, designed a fold-out dining table and an armchair the cosmonaut could sit in, with the help of safety belts. And above all she managed to give the free-floating astronaut a sense of up and down by color-coding the ceiling and floor. However, up in orbit life was not quite as comfortable as Galina Balashova had hoped. She recollects that “because an apartment also has art and pictures, I painted watercolors for the capsules. Unfortunately they were destroyed by the atmosphere on the route back to earth.”

The book is above all so compelling thanks to the outstanding architectural photos that it includes – often made by Philipp Meuser they were taken at very remote locations and usually under a radiant blue cloudless sky. They indicate just how intense and confident the entire Soviet Union’s dream of escaping gravity was. Not only in Moscow and in Star City Zvyozdny gorodok, but also in the Kosmonawtlar subway station in Tashkent, in apartment blocks in Kiev and in the gabled façade of a sports hall in Kaluga there are wall reliefs and mosaics (borrowing formally speaking from Christian images) that revere the cosmonauts who are heading vertically for the heavens. The enthusiasm for scientific progress and the astronautical engineering achievements even extended to mundane buildings. For example, Hotel Saljut in Kiev, the Kasan circus in the Republic of Tatarstan and the spa complex in Druzhba in Karpati in the Crimea all address the world as architecture parlante – resembling UFOs, spaceships and space stations.

The latest scholarly research on Soviet Modernism, such as that by Katharina Ritter, is now supported by a picture book created by real enthusiasts – and the sequence of the photographs shows clearly that 20th-century Soviet revolutionary architecture (unlike its French rationalist counterpart in the 18th century) is deeply entrenched in the metaphor of floating. This specifically Russian version of utopian thought, and it cannot be reduced to military rivalry or a mentality that wishes to conquer the stars, but stems from Russian cosmism, should henceforth be treated with greater respect. Indeed its salvationist aspects should be taken seriously, considered with amazement, and researched. 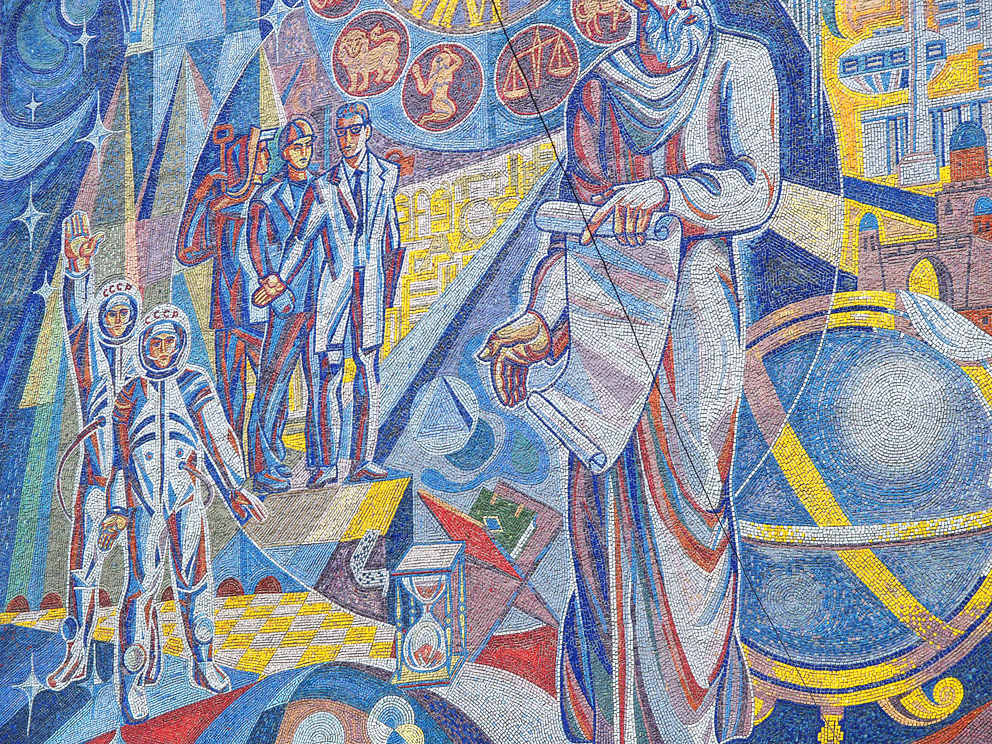 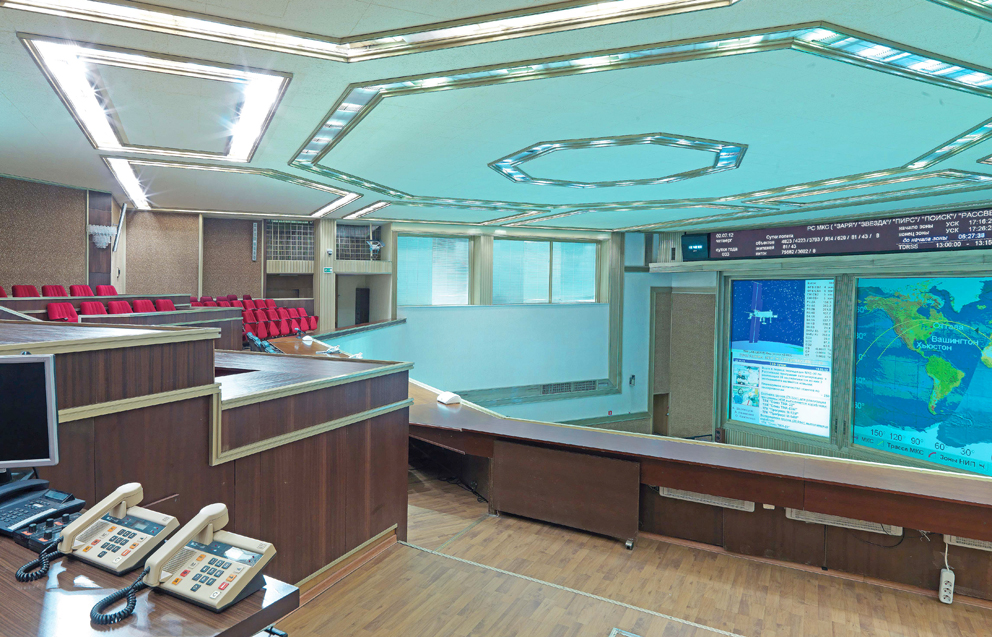 Spaceflight-Controlcenter in Koroljow, that was built for the Soviet-US-cooperation „Sojus-Apollo“ in 1975.
Image out of the book „Architektur für die russische Raumfahrt”, DOM Publishers © Philipp Meuser 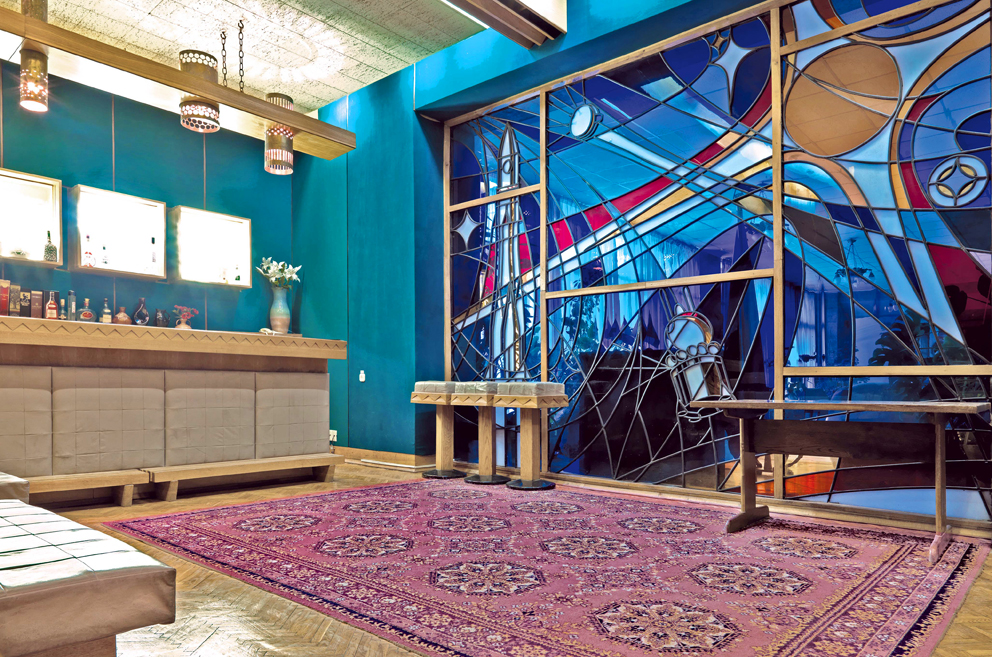 Skypanorama made of glass in a bar in the star city Swjosdny Gorodok.
Image out of the book „Architektur für die russische Raumfahrt”, DOM Publishers © Philipp Meuser 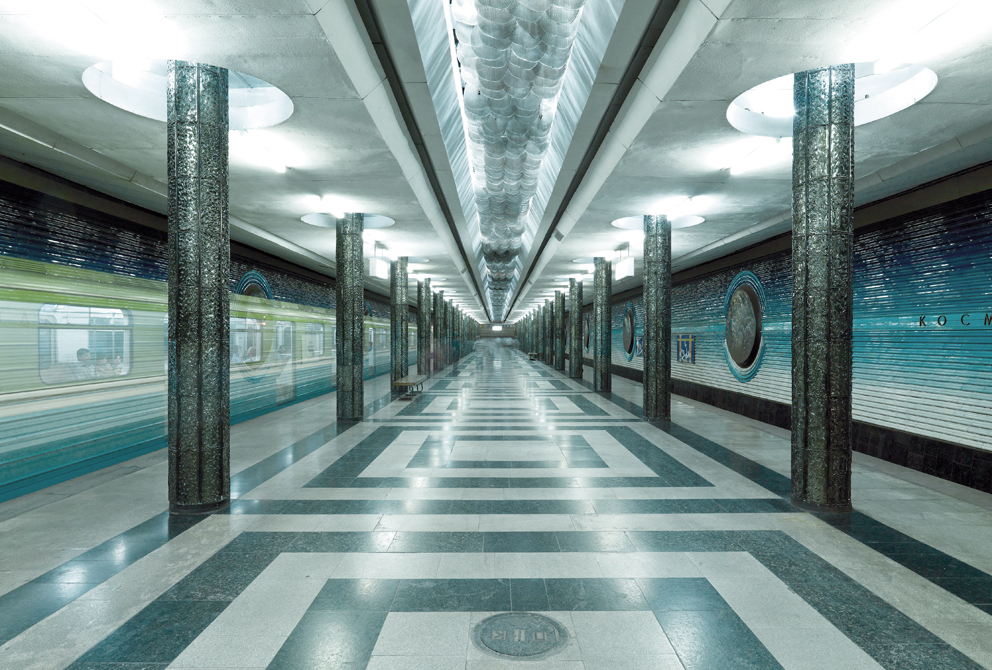 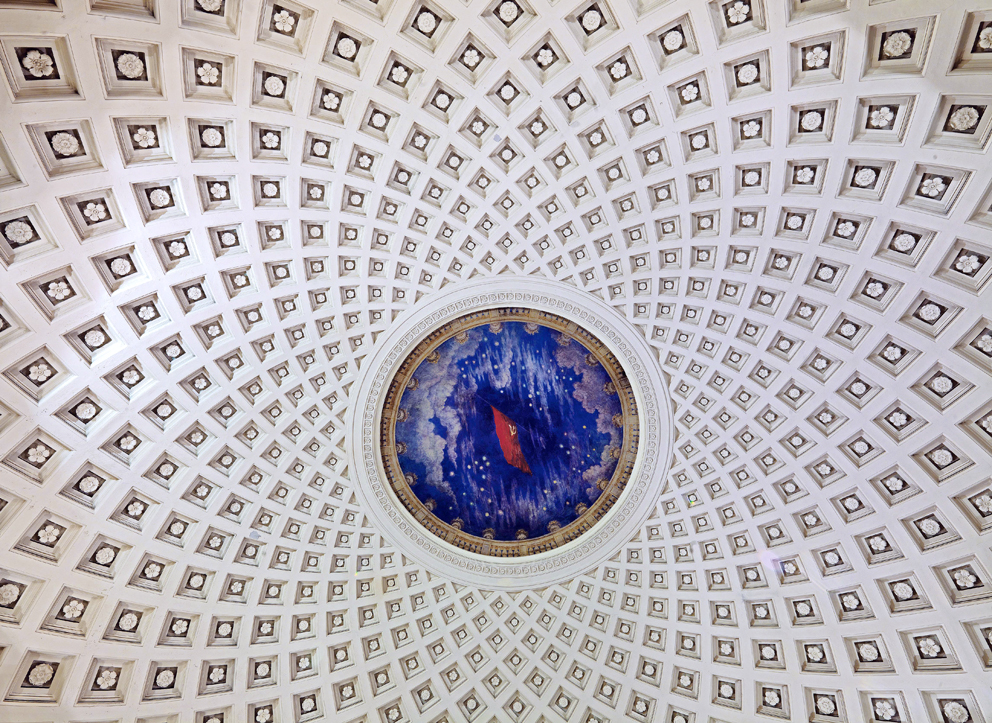 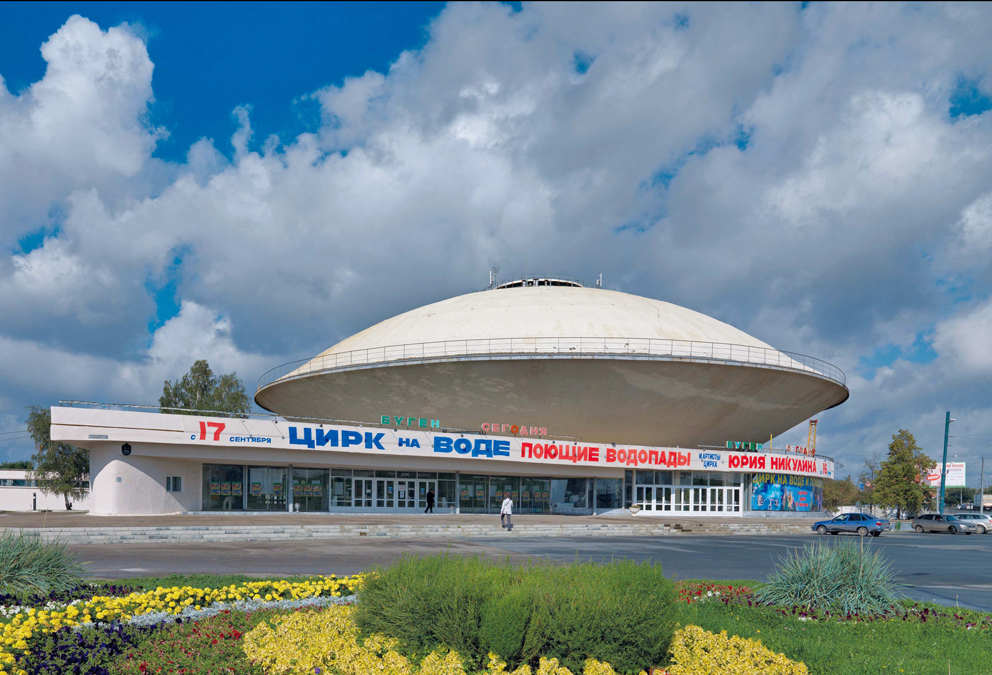 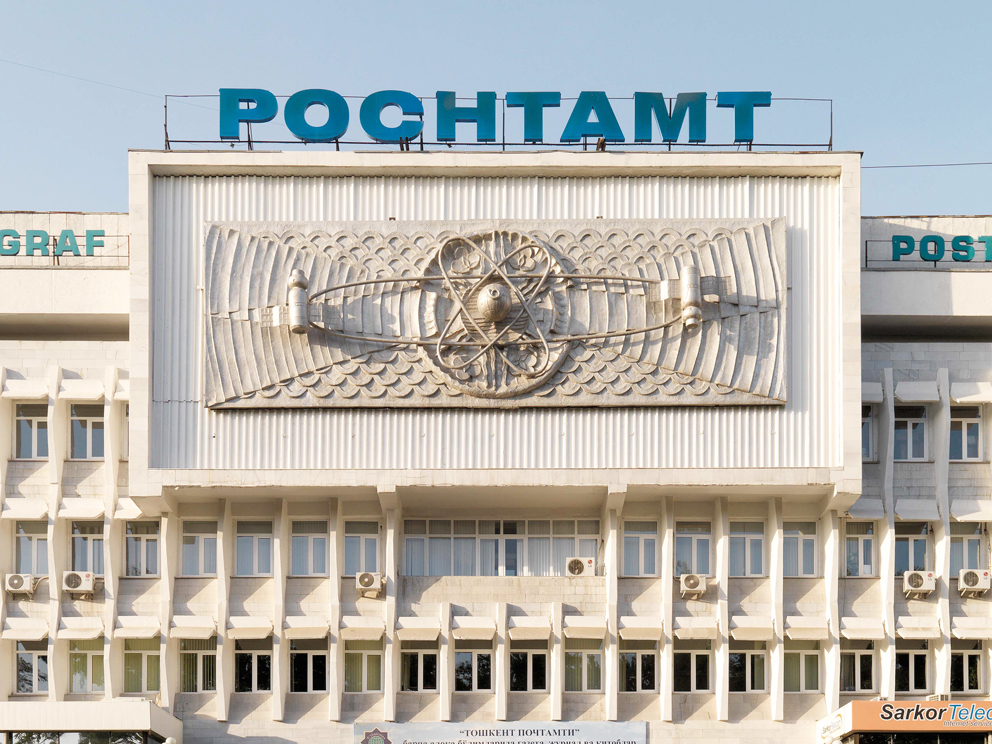 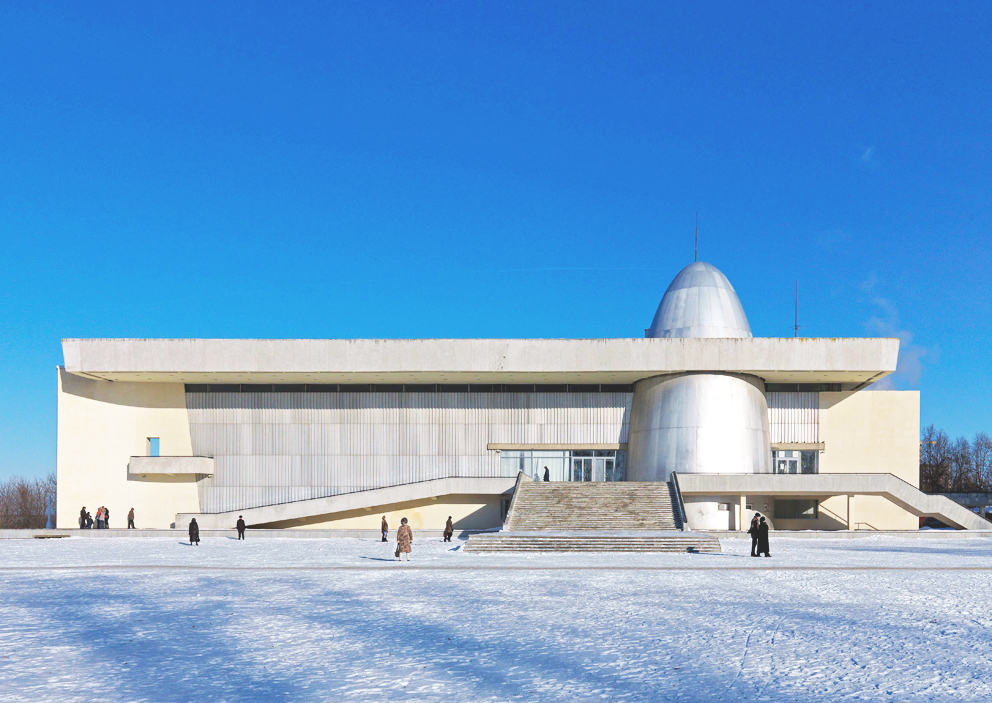 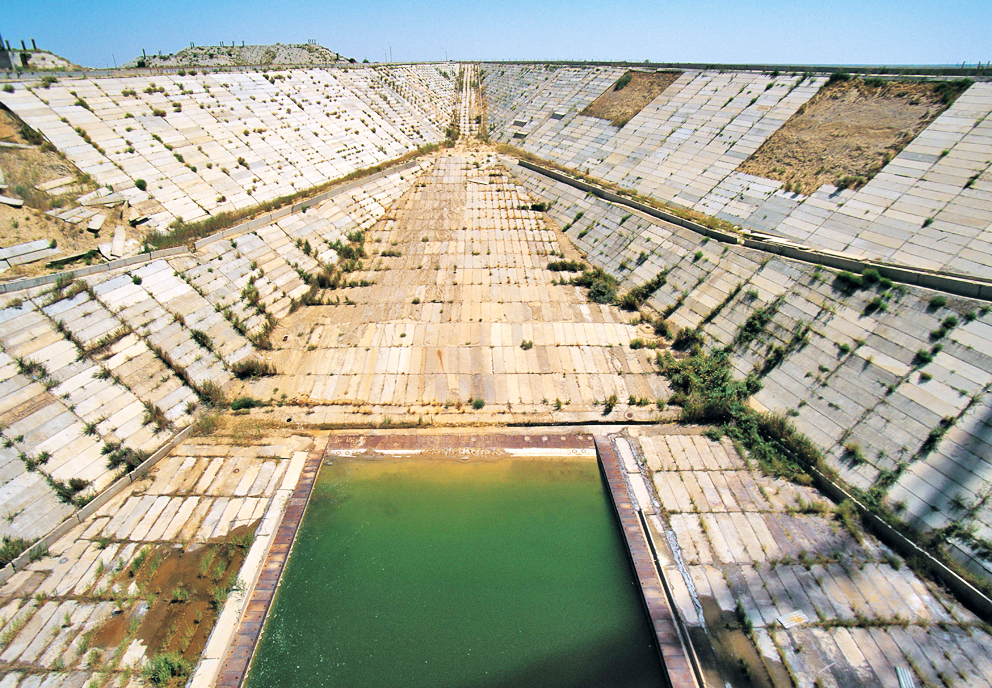 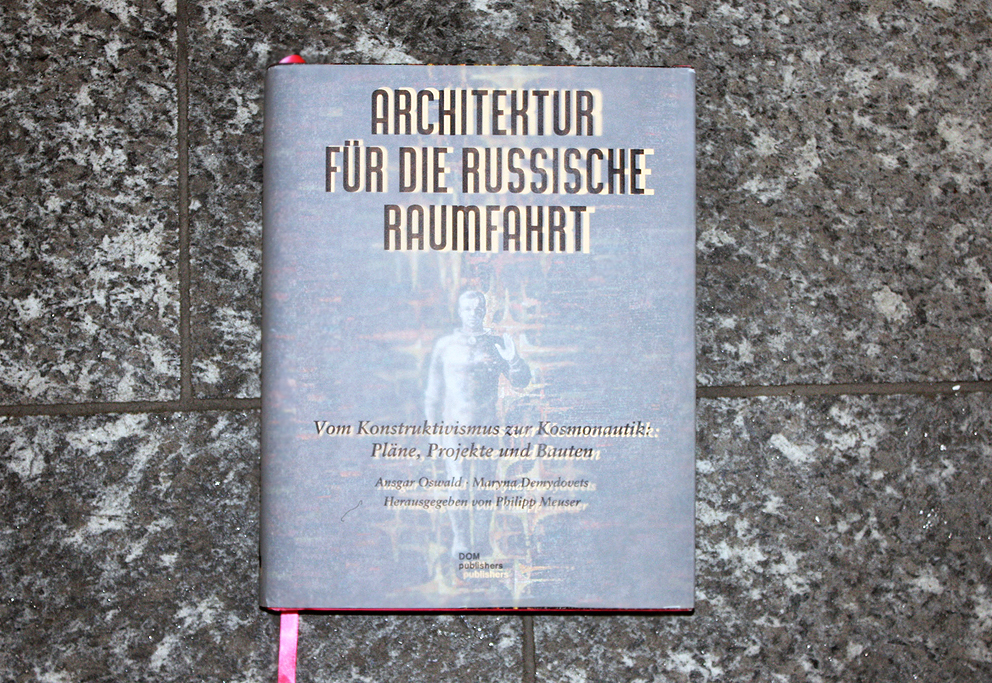 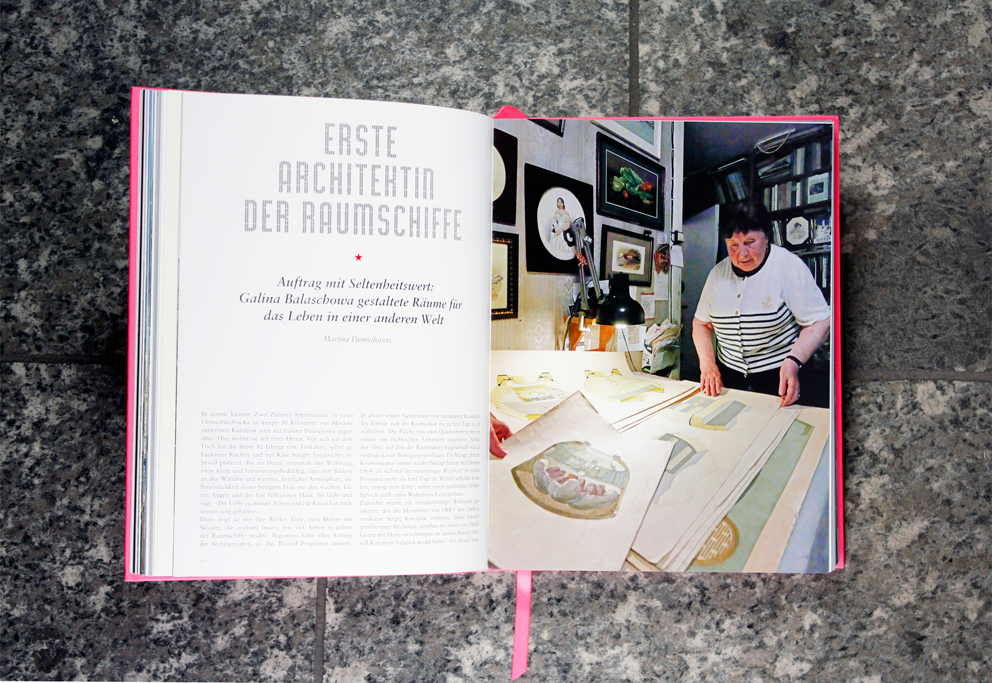 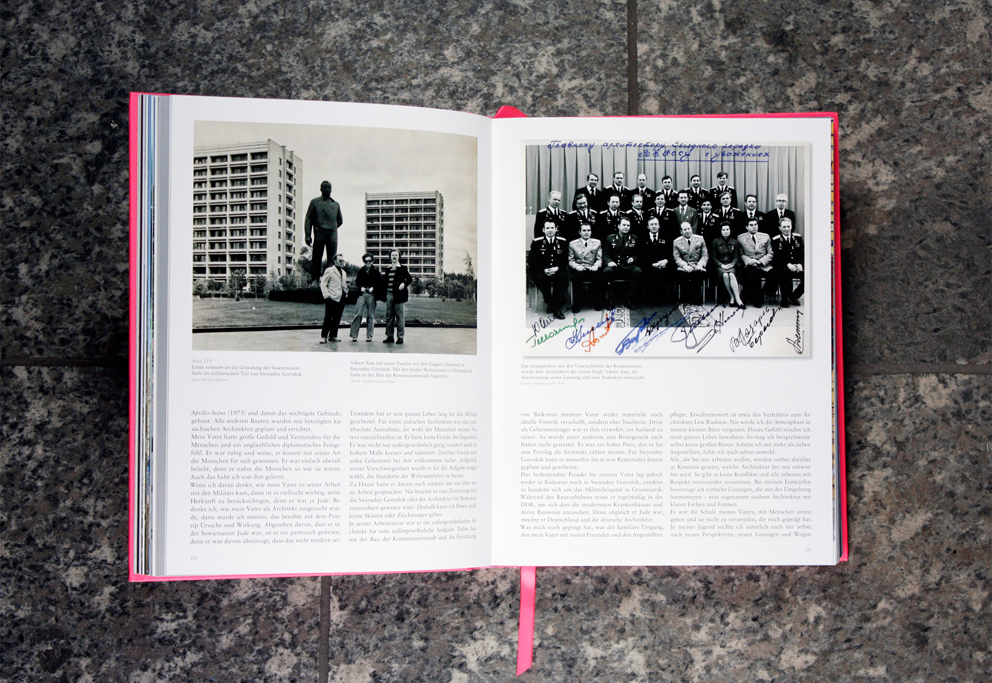 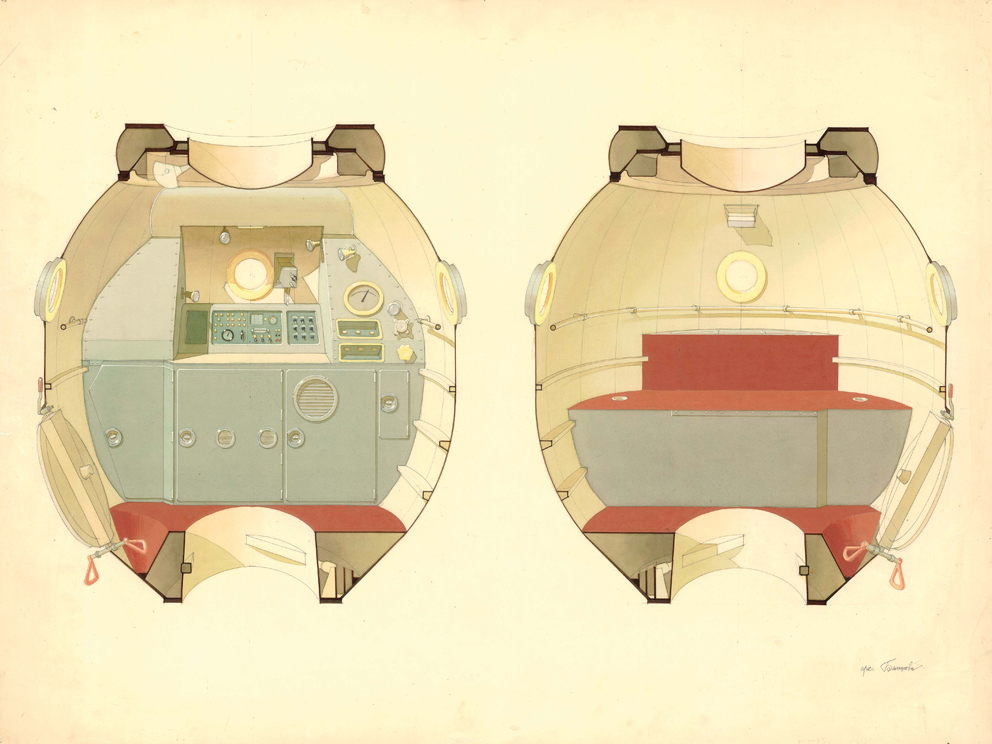 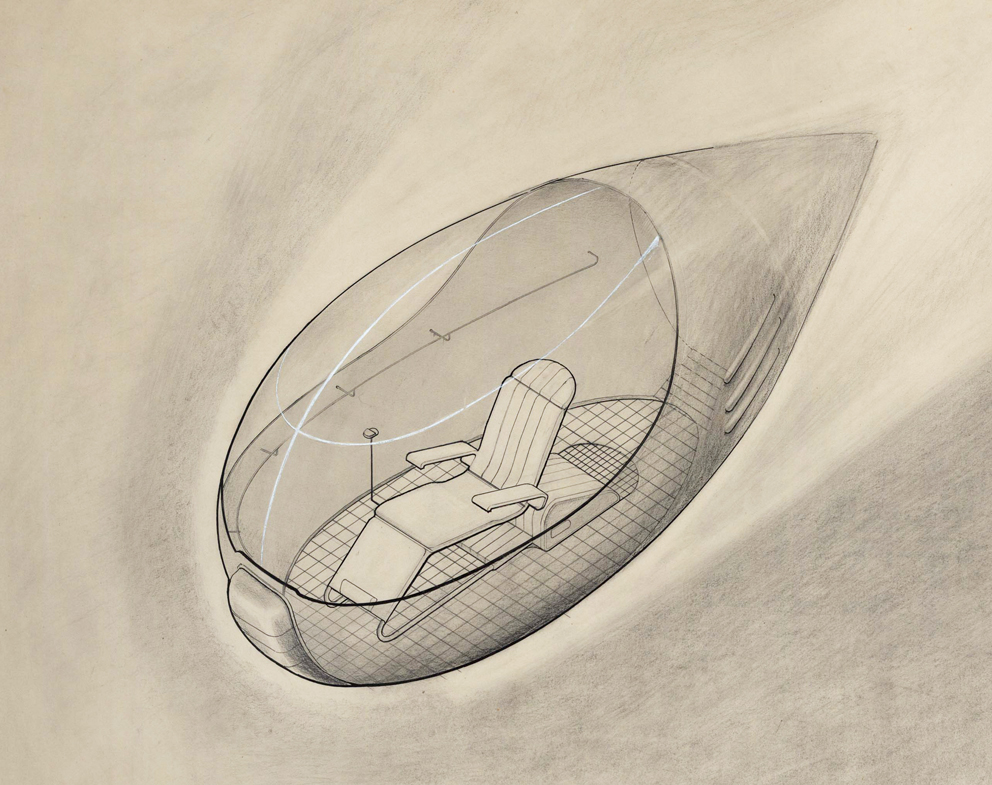