Anyone who put their money on RCR as winner of the Pritzker Prize 2017 against all the odds would have really won big time. Was it justifiable to bestow the award on the three Catalan architects?
by Florian Heilmeyer | 3/2/2017

It can definitely be considered a real surprise when the Pritzker Prize goes to a Catalan architectural trio whom truly nobody had betted on. Just think of the names being bandied around: Bjarke Ingels, David Chipperfield, Steven Holl, Peter Eisenman, David Adjaye. And now: RCR from the town of Olot (30,000 inhabitants) in the Spanish Pyrenees. RC – who?

RCR stands for the trio of Rafael Aranda, Carme Pigem and Ramon Vilalta, with the company’s name being derived from the initials of their first names. They are all now in their mid-50s, and together founded the company back in 1988. They set up shop in their home town and the offices are now located in an old foundry that they themselves converted, basically leaving as much as possible unscathed and the way they found it. Only where necessary or even unavoidable did they add new elements – which are unmistakably contemporary additions: large glass areas or supports and roofs made of steel. Their biographies are sound, and modest. And show that all three partners have strong roots in their hometown – they are no modern nomads who studied on three different continents and worked for the super-star architects. The projects they have handled are also primarily located in the immediate vicinity of their company, namely between Girona and Barcelona – even if RCR have also done work in France and Belgium.

The Pritzker Prize jury states in its citation that the architects have “unyielding commitment to the places” where they work, the history, materials and atmosphere. They succeed in creating architecture that is “powerfully connected to the surrounding landscape” and “the siting of buildings, the choice of materials and the geometries used are always intended to highlight the natural conditions and pull them into the building.” Just as “exterior and interior are closely intertwined in their works, so are new and old.” Anyone reading these words might think first of clay buildings, coarsely layered walls made of local ashlar, of wooden cabins, or even huts on stilts. In fact, the citation at times reads that idyllic.

However, RCR’s projects look completely different. They emphasize a fairly expressive architecture where the atmosphere is often so vibrant thanks to a mixture of large, closed steel volumes and large expanses of glass that open up the space. While smaller projects such as the 2007 “Carpenter’s House” often resemble slightly out-sized and clumsy sculptures, precisely the larger buildings have a poetic and sculptural feel, bringing to mind the works of Mies van der Rohe, Luis Barragan and Richard Serra in equal part.

RCR’s projects have been spotlighted for some years now, even if no one would necessarily have put them forward as favorites for the Pritzker – other perhaps than William JR Curtis, the Spain-based strident critic of the nimbus of star architecture, who recently brought out a monograph on the trio and has long since been heaping praise on their projects. The renowned Spanish monograph series El Croquis has already dedicated two full volumes to their oeuvre.

In particular their rough-and-ready museum in Rodez in the south of France, built in 2011 from glass and metal blocks and housing the works of French painter Pierre Soulages, attracted a lot of international reviews, as did the main building for the Bell-Lloc vinery in Palamós, designed in 2007, which with its dark folded steel walls snuggles up to the vineyards outside Girona. In Ripoll in Catalonia they created a dark cube, open on two sides, by way of a theater stage for the public space. And in their home town of Olot they suspended a transparent and bent plastic roof between old stone walls for the restaurant Les Cols – thus constructing a hall which, with its transparent plastic tables and chairs, has something very ethereal about it.

Without doubt, especially in the last 15 years RCR has repeatedly caught the eye, and outside Spain, too. Do they play such an exceptional role on the international stage to then warrant the Pritzker? Which is a prize, after all, that does not tire of saying it is the most renowned one in the world and is only bestowed for truly outstanding oeuvres, with each new winner automatically taking his or her place alongside such famous predecessors as Oscar Niemeyer, Herzog & de Meuron, Aldo Rossi, Kenzo Tange, Rem Koolhaas and Philipp Johnson, who was the very first winner back in 1979. How does RCR fit into such a lineage?

Very simply, at first sight RCR does not fit in the list at all. If the Pritzker Prize currently had any interest in continuing to honor the world’s most famous living architects then the choice would surely and logically have fallen on David Chipperfield, Peter Eisenman, Steven Holl or Bjarke Ingels. That all those names got passed by once again clearly shows that the jury taking the decision, and for some time now it has been unchanged, seems to be more interested in honoring the stance taken by a company rather than making the “Pritzker” into a kind of club that only accepts the most famous of architects as members. This is great news, as it makes the prize that bit more relevant. For it is less addressed towards the experts and in terms of popularity tends in particular to reach out to the broad general public through the international dailies. Thus the public, who are probably only occasionally interested in architecture, will once again not simply see the already famed face of, say, David Chipperfield, and will instead be encouraged to concern themselves with the far more complex approach taken by a largely unknown company called RCR. To this extent, the three Catalans possibly fit less into the lineage of Koolhaas, Johnson and Niemeyer (the current jury had nothing to do with those nominations) but very much so in the series of most recent winners.

As there we find the likes of Wang Shu (2012), Shigeru Ban (2014), inventor Frei Otto (2015), an engineer interested in architecture, and last year’s winner Alejandro Aravena. All of them stand for a debate on the social responsibility of architects, even if the strategies they have developed differ greatly – one need think only of Shigeru Ban’s disaster relief architecture or Alejandro Aravena’s attempt to reform social welfare housing in Latin America. The choice of RCR continues the jury’s interest in this overall discussion, as they have awarded the Pritzker to a company whose works reveal a strong focus on the countryside and local history, even if this repeatedly spawns slightly overly sculptural edifices that seem more to outdo the countryside rather than strengthen its natural qualities. One could in fact say that you evidently need a few highly expressive buildings in your portfolio if you want to win the Pritzker.

The second piece of good news: In the guise of RCR, for the first time a trio has won the prize which in the course of its now almost 50 years has often had considerable difficulties in treating the achievements of all the persons in an architectural studio as equal. What springs to mind here are the solo award to Roberto Venturi (without his office partner Denise Scott Brown) and that to Wang Shu (excluding his partner Lu Wenyu). If the Pritzker now goes to RCR as a company with three equal partners, two men and one woman, and expressly praises them for their collaborative design work, then this Pritzker Prize and with it the world of architecture would really seem to be on the right track. 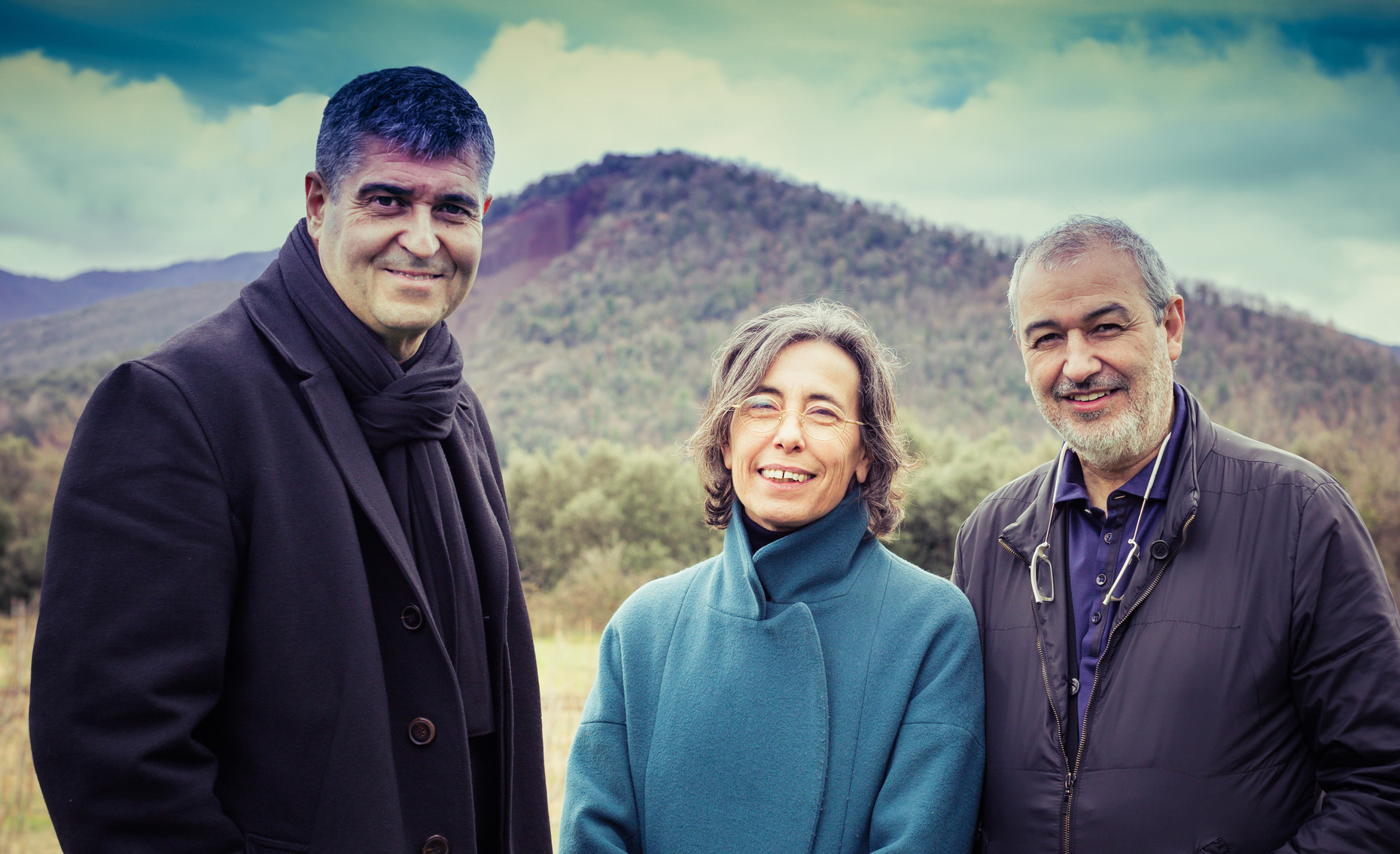 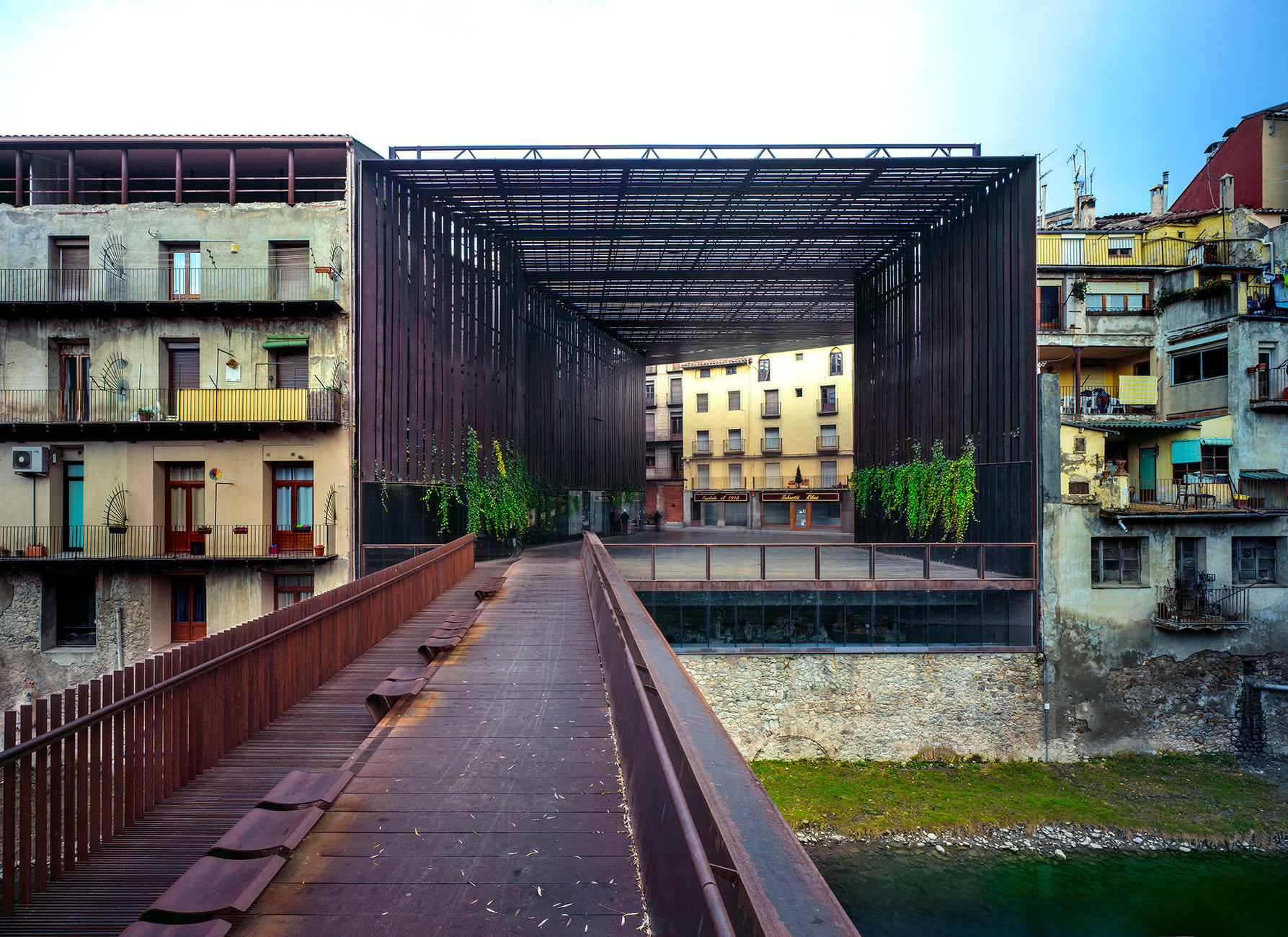 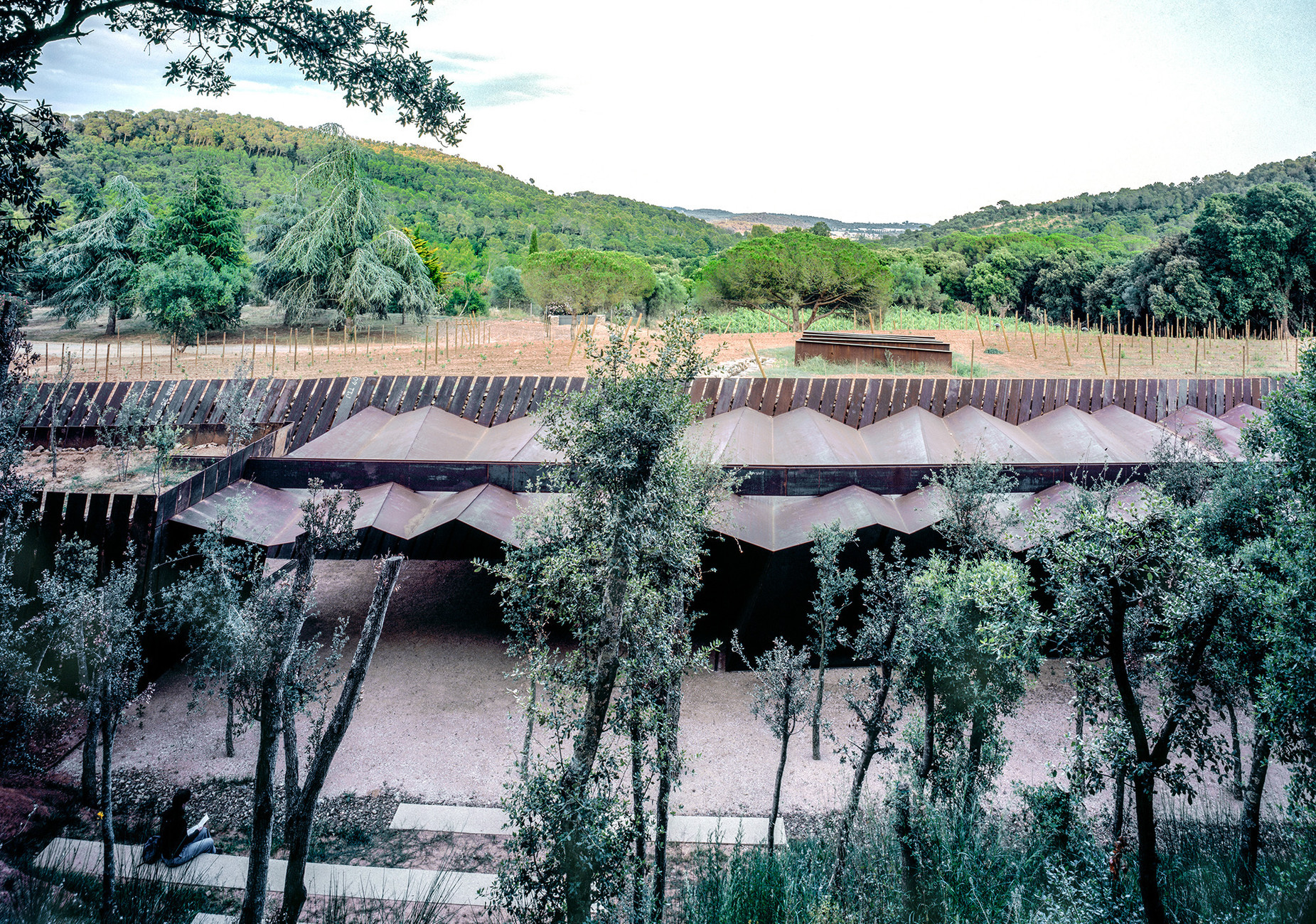 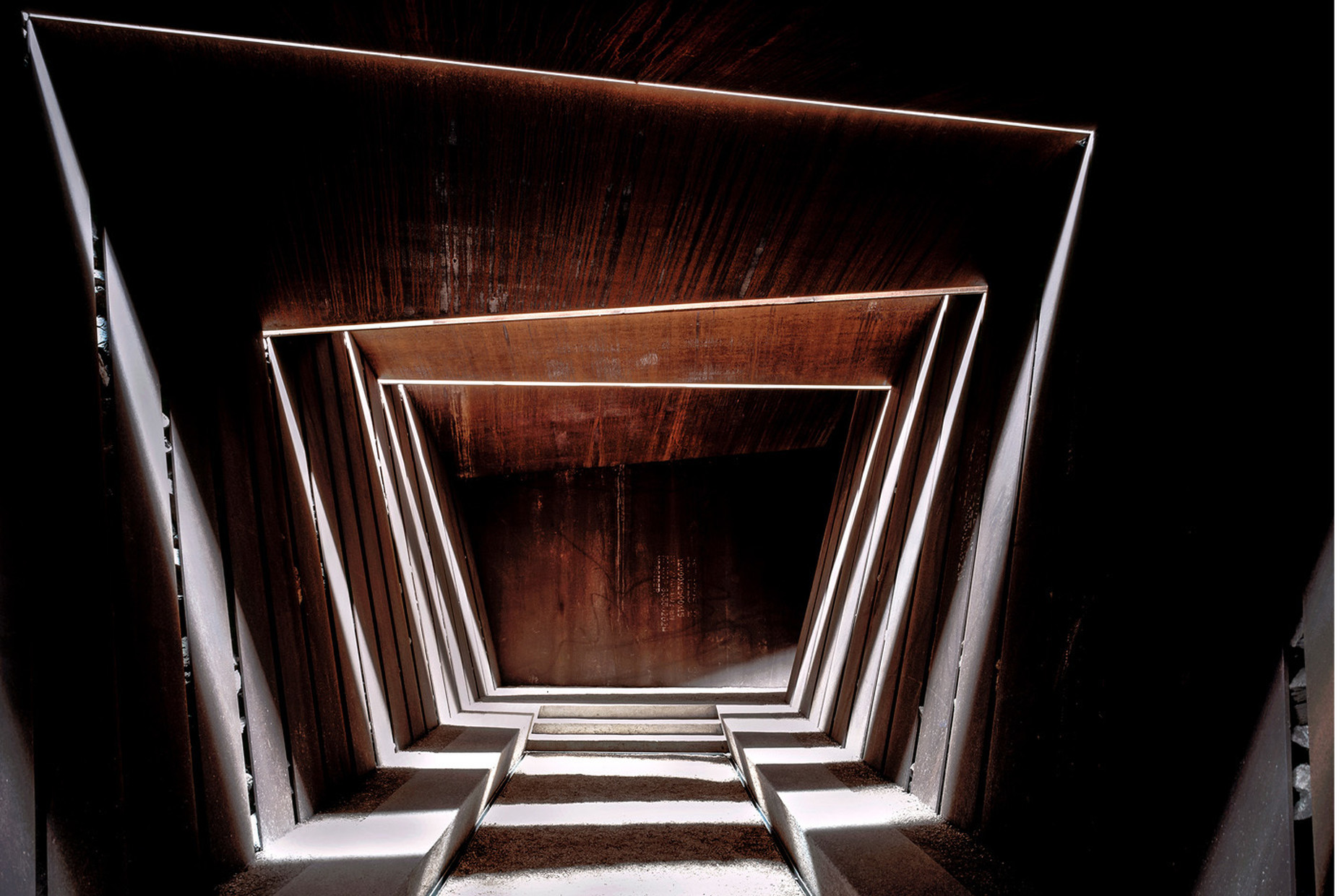 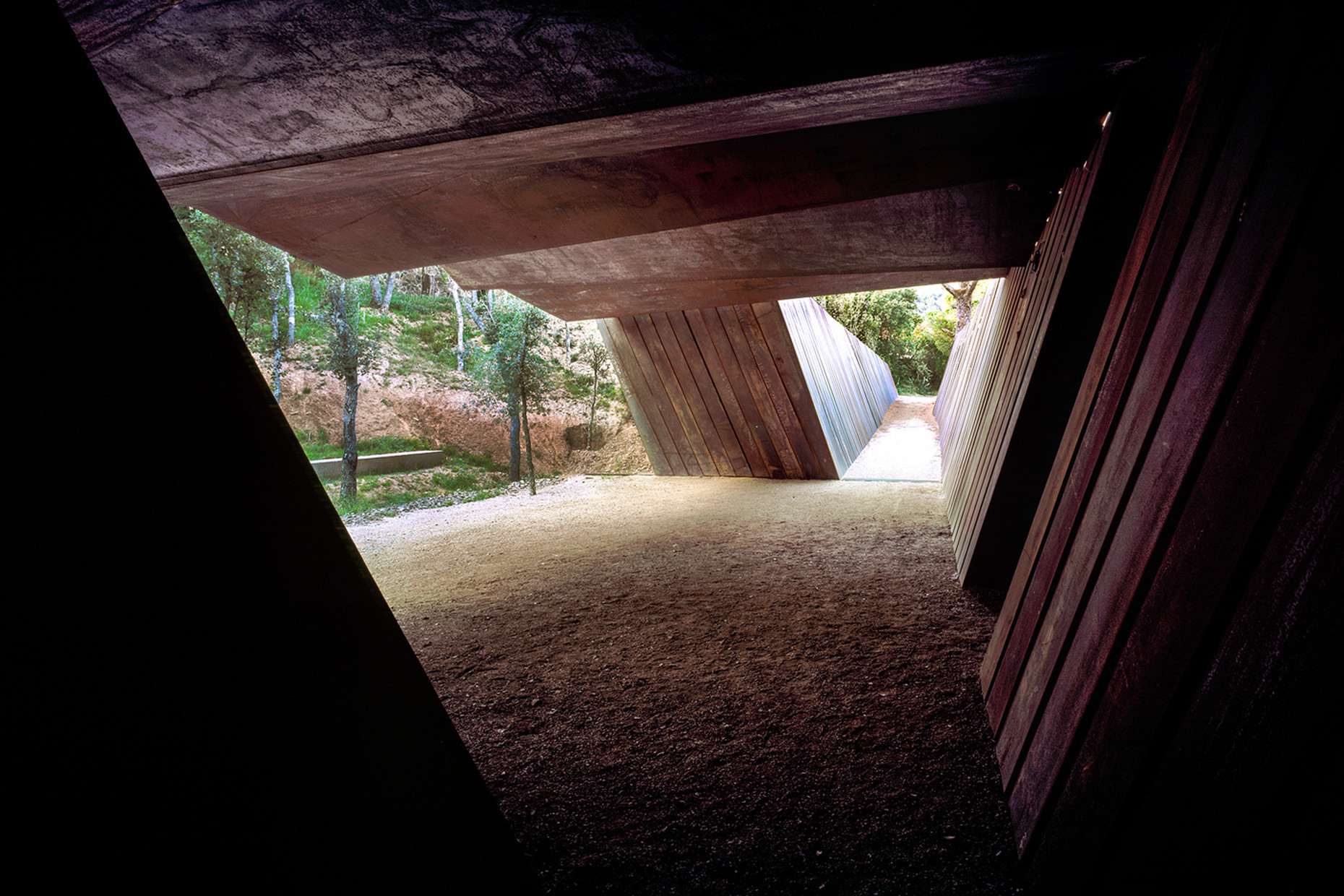 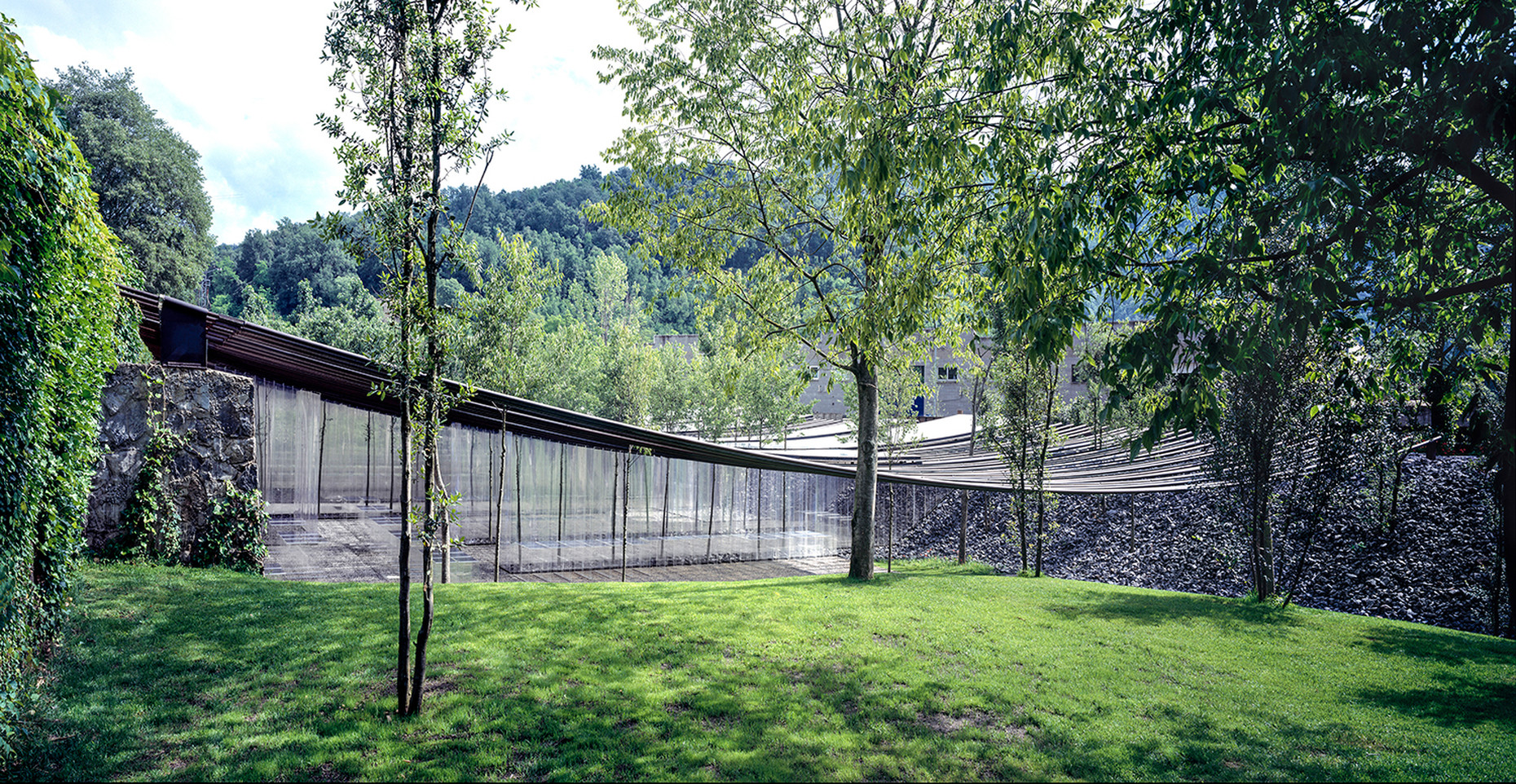 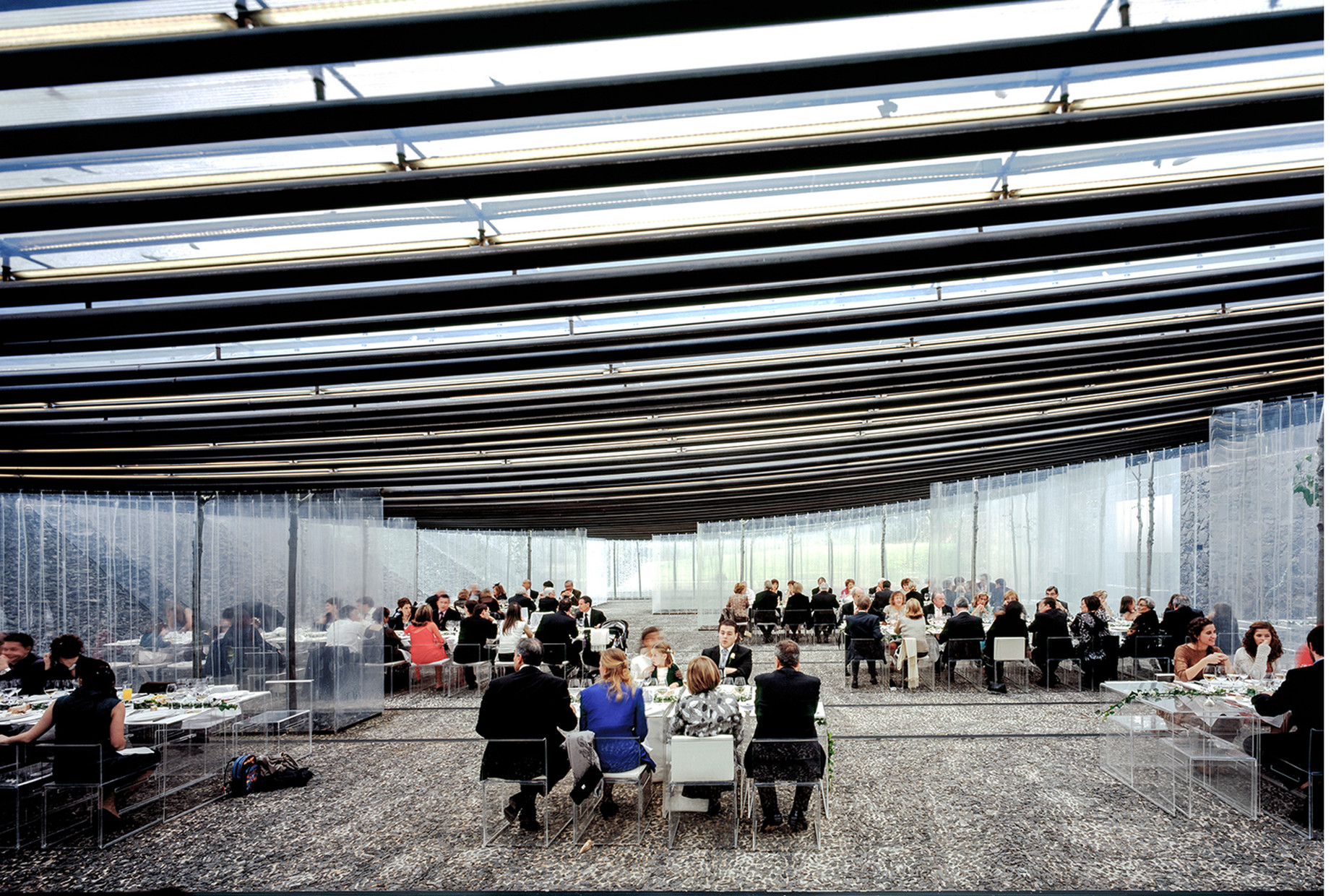 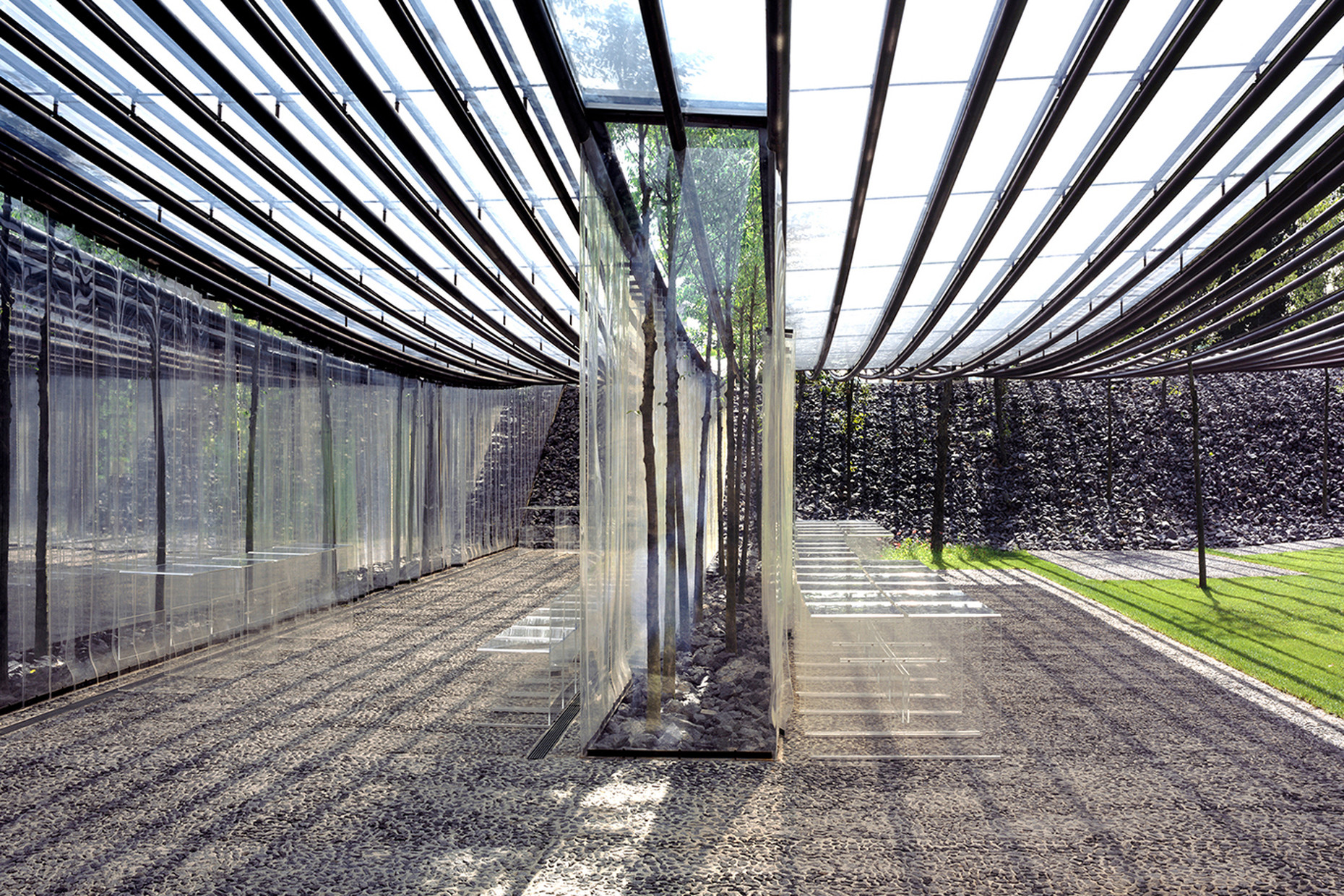 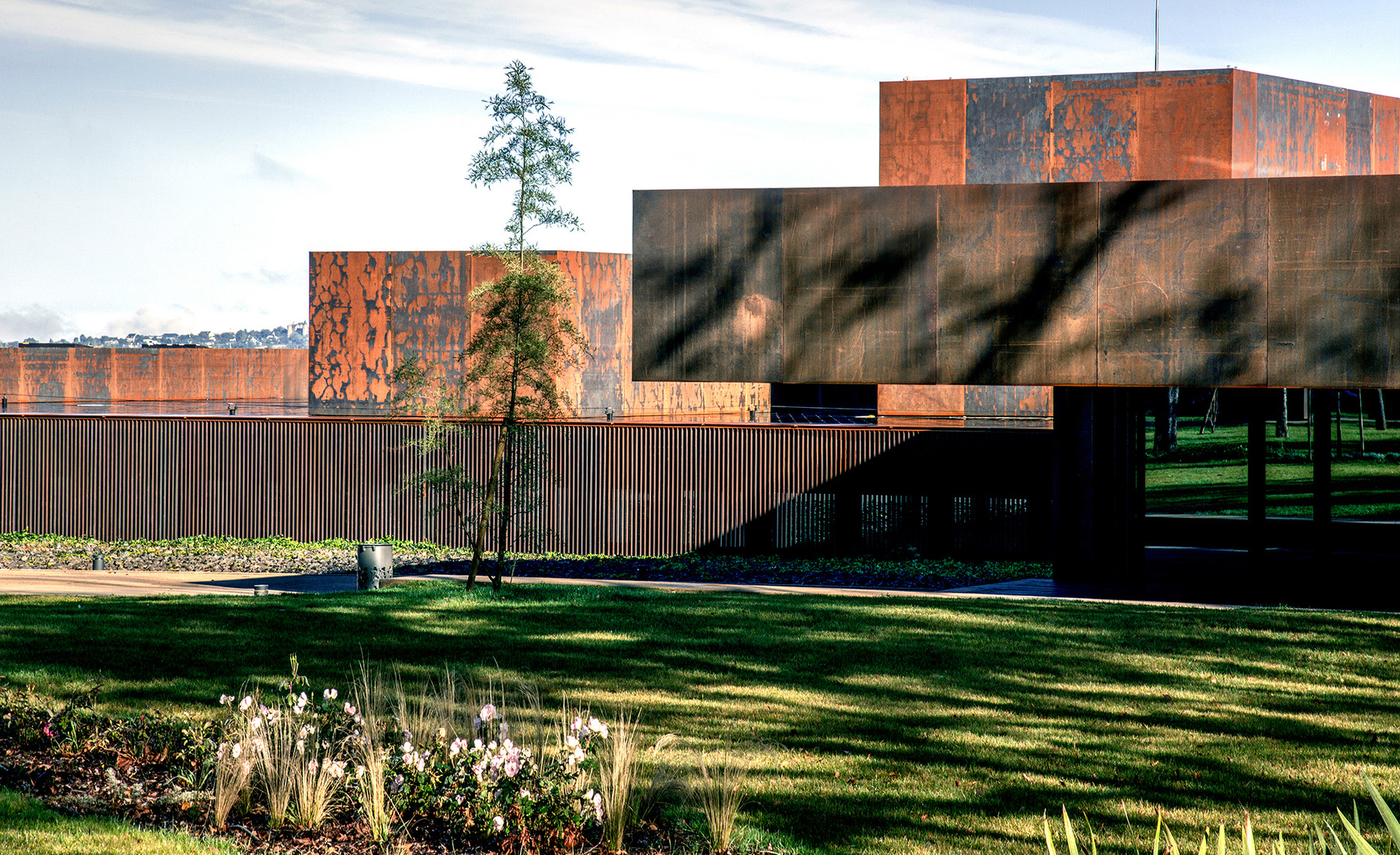 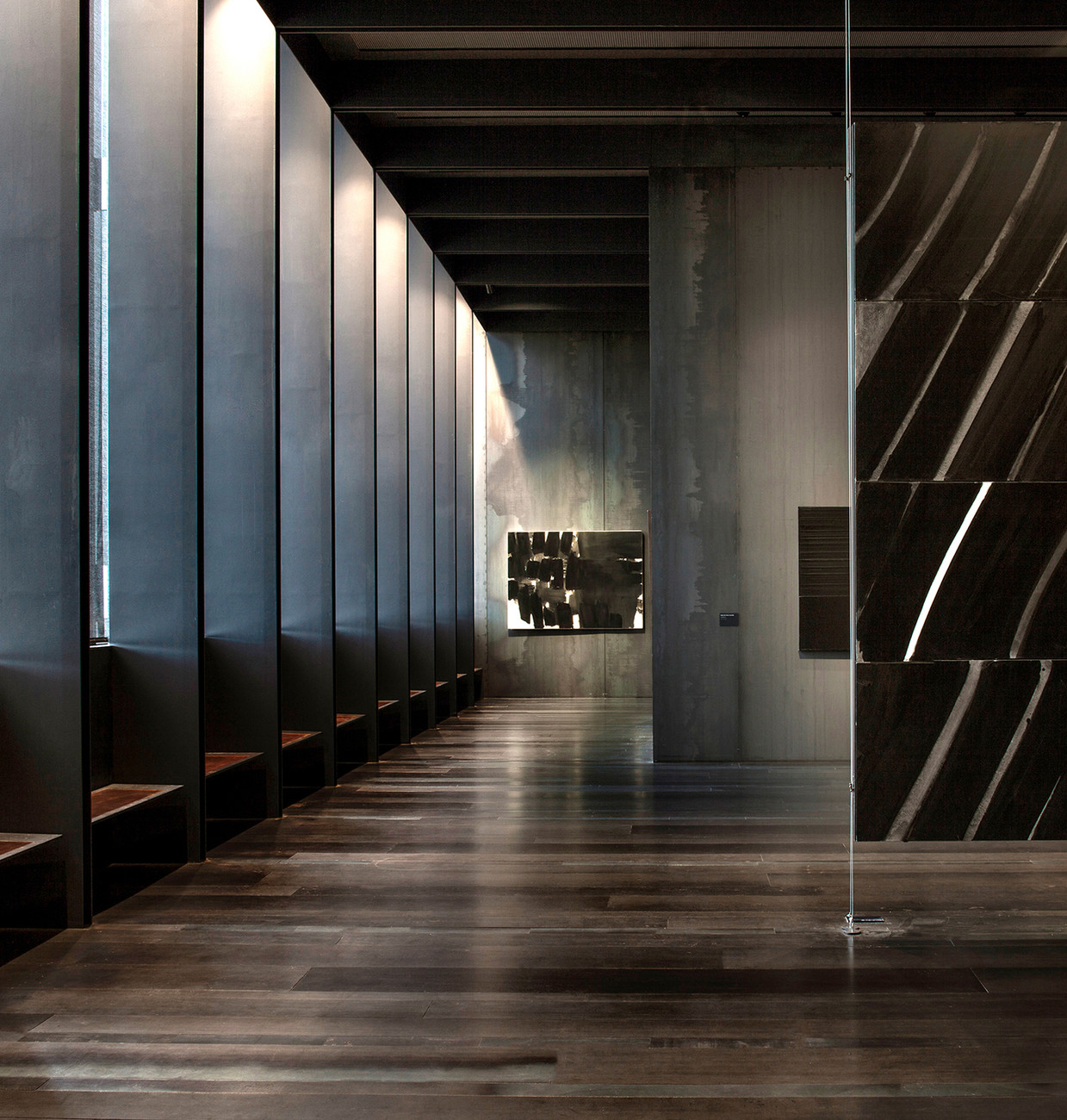 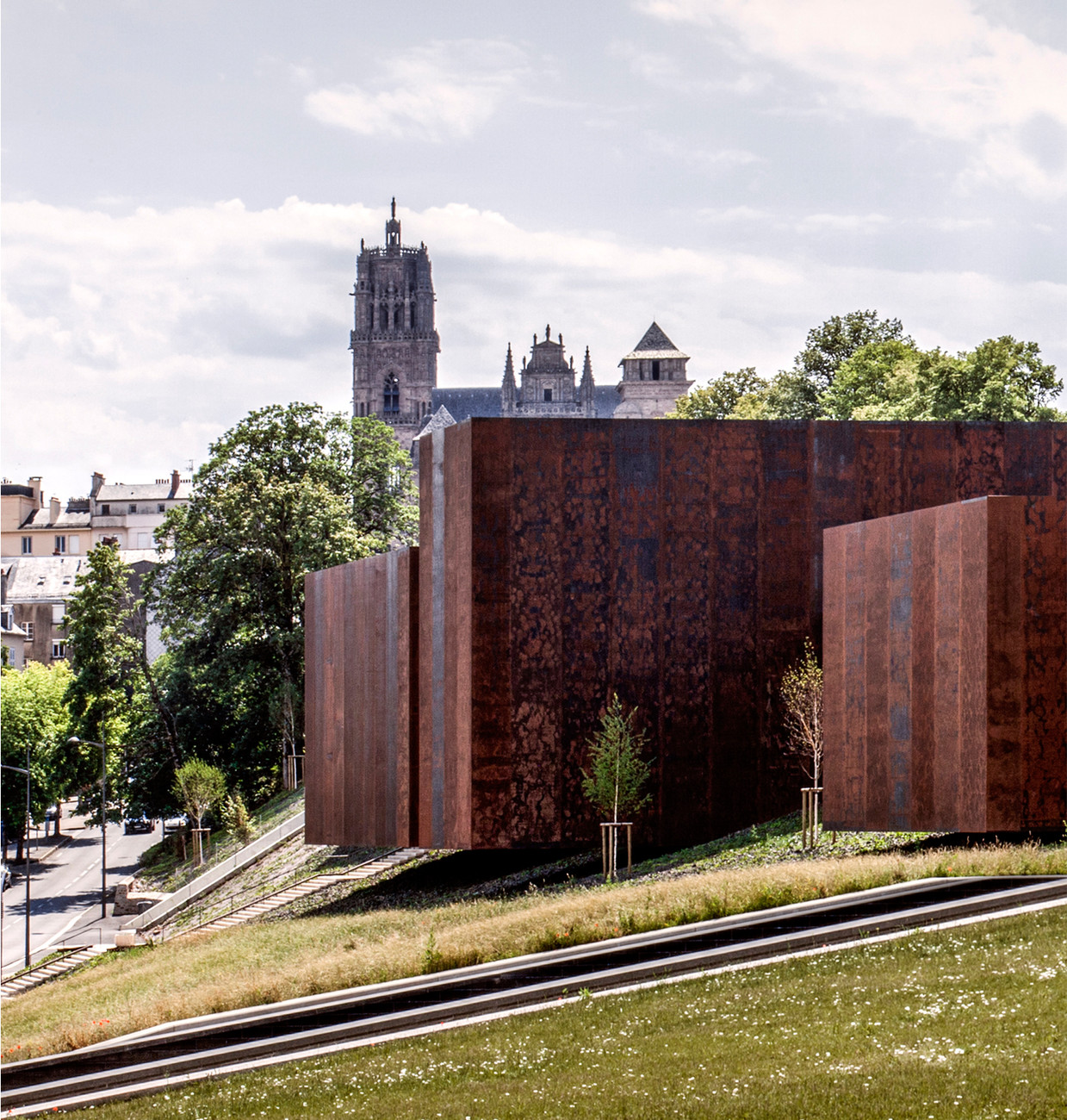 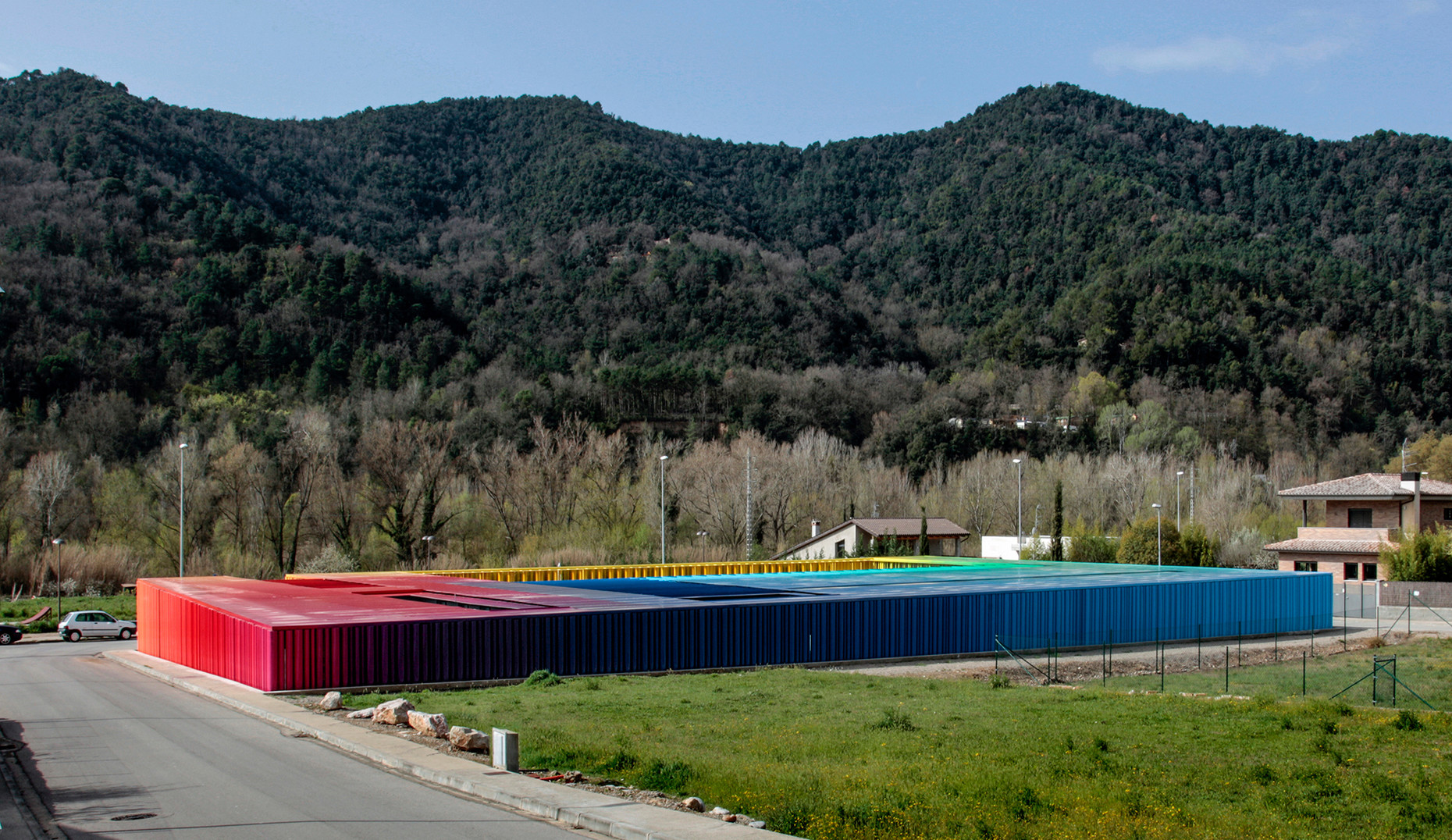 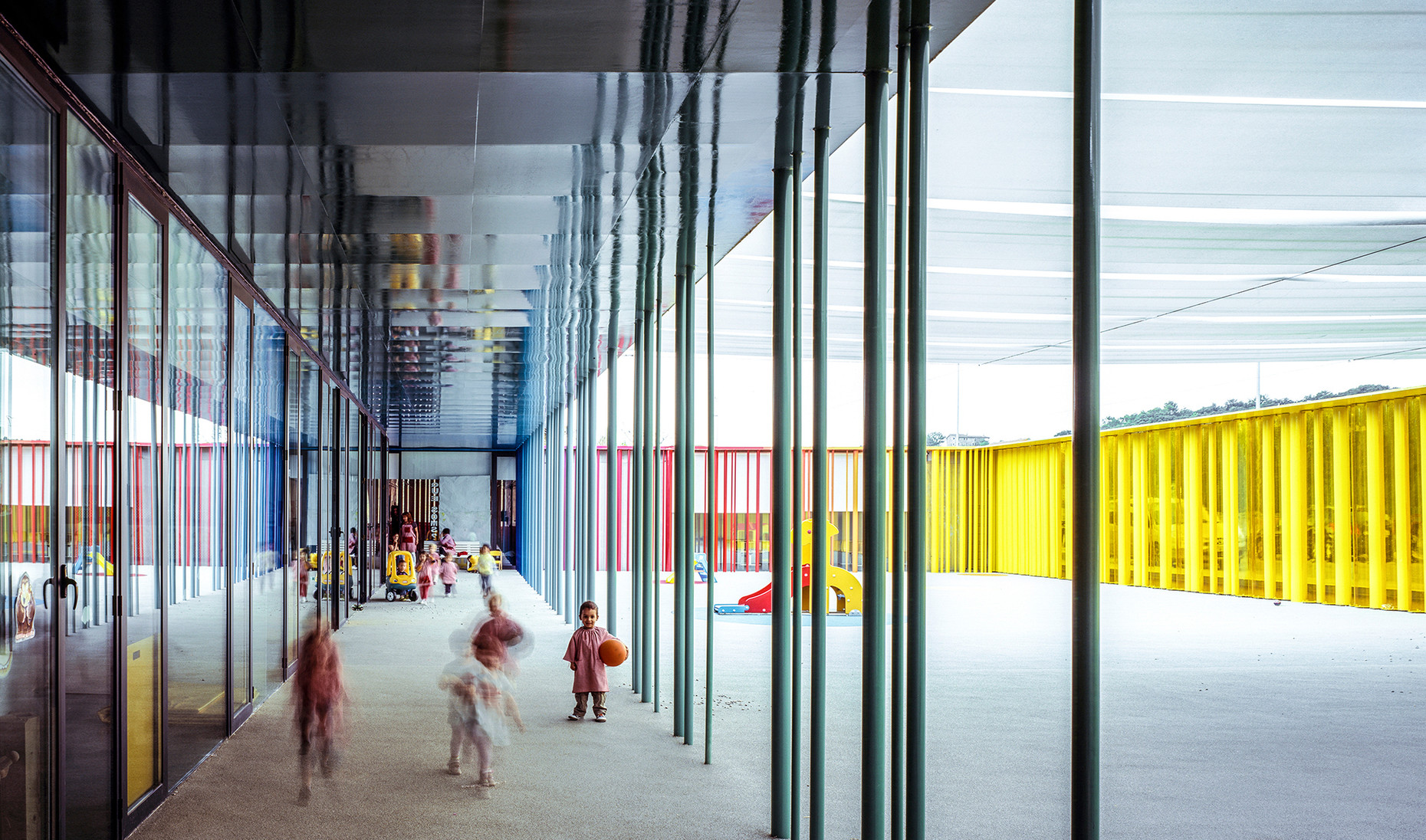 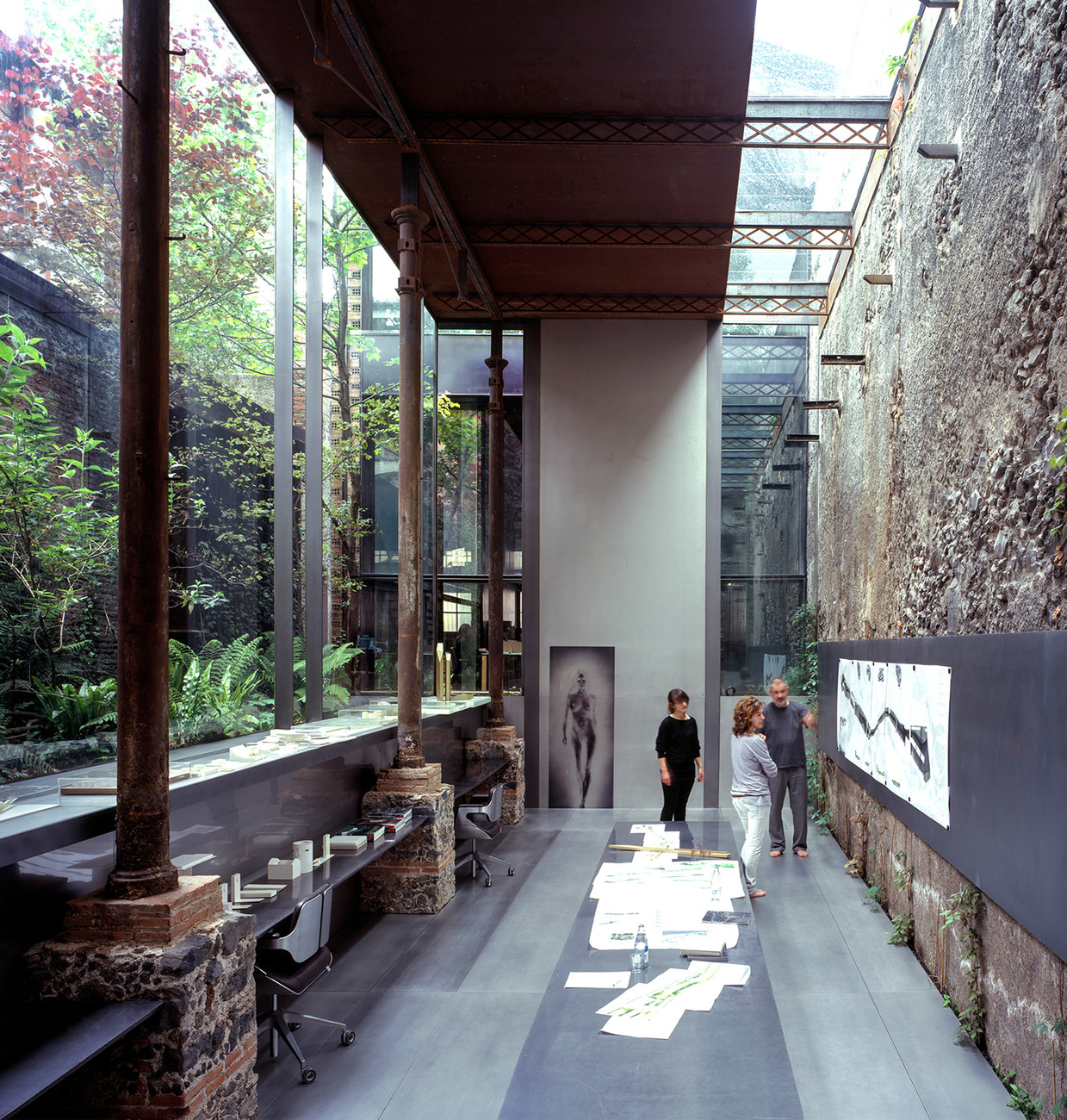 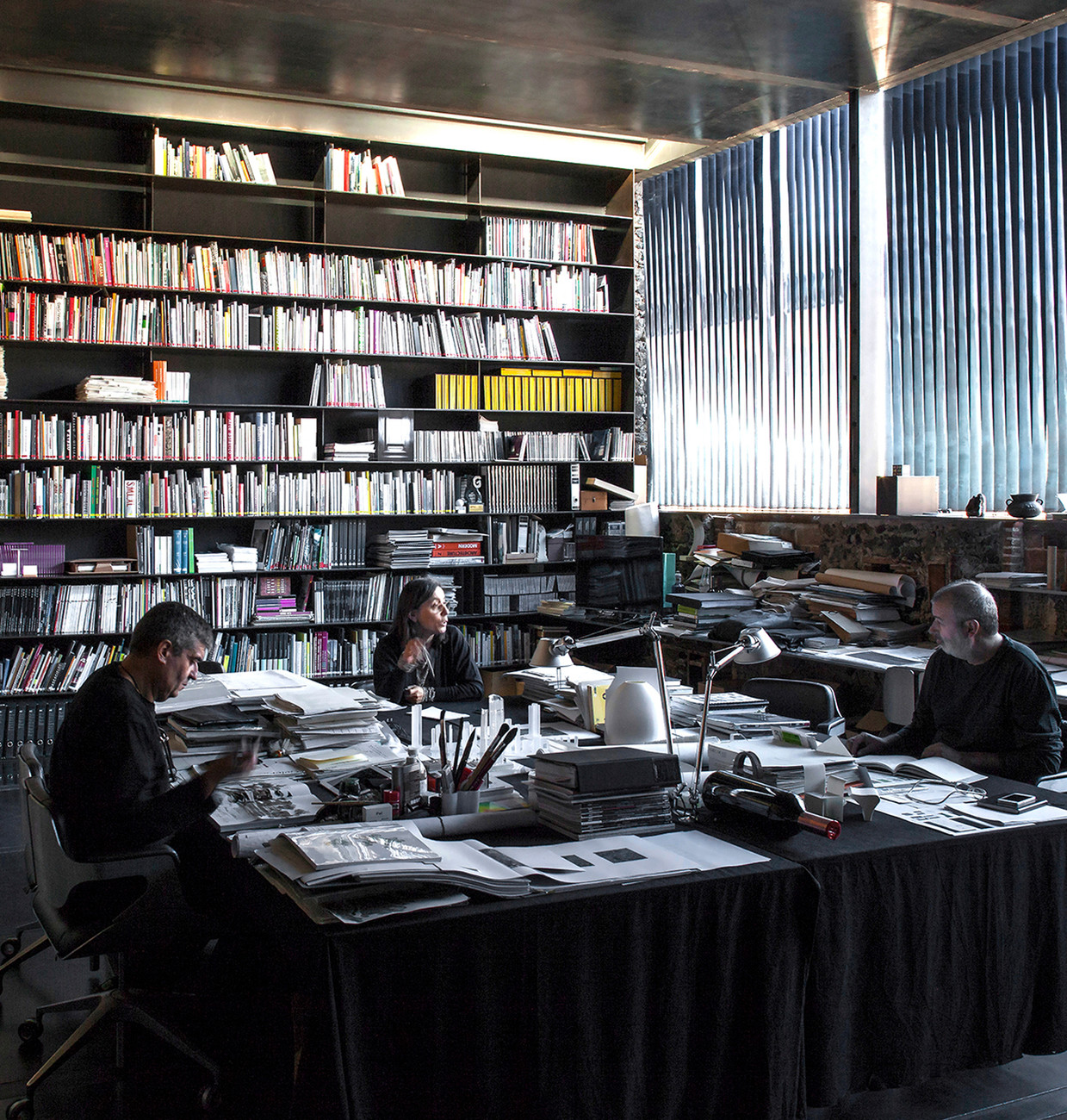 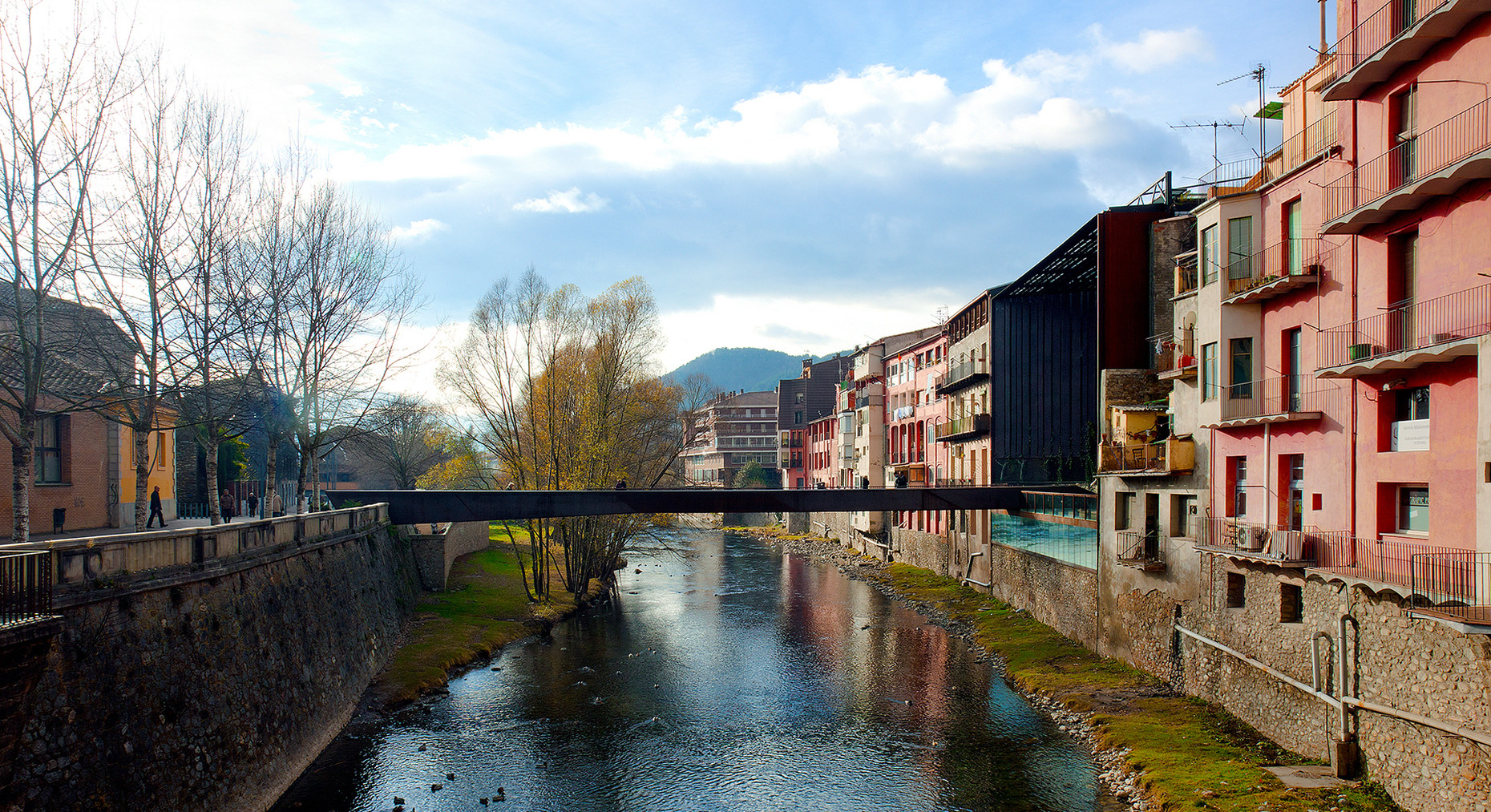