I know, I know, I'll never manage it. But you can always give it a try. Hanging around in or outside "Bar Busso" night after night, squashed in like sardines in a can, just to hear the latest gossip from the Salone del Mobile and its stars, may be nice and communicative, to use today's buzzword, but from a cultural perspective it can become somewhat monotone in the long run. In fact, why do we even go to Milan? For the fashion, the fabrics, or the furniture; or in these touristic times, perhaps for the cathedral, the Galleria Vittorio Emanuele II, and the shopping. Yet we often forget that this city, as incredibly cultivated as it is, also makes a very "bella figura" when it comes to eating and drinking. In the early evening, there are small buffets with a small price tag where you can feast on hams, cheeses, tomatoes and lots of other delicious culinary treats.

In his 1944 work "Listen to your heart, city" Andrea De Chirico (the brother of the artist who painted "Pittura Metafisica", Giorgio De Chirico), who from 1914 painted and wrote under the pseudonym of Alberto Savinio, not only described Milan as a large apartment, frequented by the living and the dead; going back through the centuries in his memory, he also remembered to afford the city's culinary delicacies a mention. And so he says: "The basis of Milanese culinary culture is cheese." Not that we should begin to think the worst. Quite on the contrary. "Milk and dairy products," according to Savinio, "are what fed the first groups of humans, who were predestined to be the beginning of a great and glorious development, in other words, they breast-fed." And he goes on to say: "It was the regal nature of the old cheese culture that spawned the word tyrant, which originally meant cheese maker and came to express the grandeur of those who as the chief of the herdsmen stowed the cheese away for safe keeping."

If he did indeed still exist, a chief would still have a whole family of special characters to safeguard today: "Parmesan is a base cheese. Within the cheese family, it occupies a position that could be compared to the contrabass among the stringed instruments. The lighter members of the cheese quartet are supported by the fundamental tone in the deep, paternal parmesan. These include taleggio and crescenza, the violas and the altos of the family and the band of robiolas and stracchinos (stracchino: a 'languid' cheese, that 'drops' onto the plate like a pubescent girl). These are joined by the dribs and drabs of higher tones, the soft flutes and piccolos, the small white montevecchia cheese, which tiny and drowned in peppercorns, is left to soften in a sea of green oil."

Can you feel yourself beginning to salivate? Why am I telling you this? Well, all the design aficionados will after all need more than just their eyes when they head back to Milan to the "Salone" with all its offshoots and affiliated events, they'll be needing their palates too. And now that you've got a taste for it, surely the various types of furniture could also be likened to a small family of instruments? The chair would probably be the paternal bass, armchair and sofa the violins and violas, the table the drums, the cupboard the oboe, and in between there would be whistles and trills from the coat racks.

Particularly keen eyesight also comes in handy, when surveying the very latest from the furniture industry. Now that, following the whole Berlusconi bunga bunga, Italy again started to focus on its strengths, the capital of the Lombardi region could in fact once again become synonymous for an accomplished synthesis of the latest technology, solid artisanship and incorruptible taste, the likes of which cannot be found anywhere else. Will there be any sign of this?

Whatever the trade fair halls out in Rho, the Zona Tortona with super design studio Più and the Design Village, the streets of Ventura Lambrate have to offer by way of new and established concepts; it will certainly not be "one size fits all". Nowadays, furniture design is fashion that doesn't change each and every year, but (and especially in Milan) re-invents itself each spring. Such that this process has an almost natural feel to it. At the same time, the style of our time, if one can even speak of a style any longer, consists in precisely the opposite, namely, not having one. Nonetheless, not everything is on show. Which is why it is indeed worth the trip to take a closer look at how the current assortment has turned out.

What will the stars of the design world pull out of the bag this time? Which new talents will cause a sensation, what will be the role will traditional artisan techniques? Is it the very latest materials that are making for surprising new forms and innovative production processes? Are many manufacturers moving back toward the traditional, or are they focusing on an Italianità, which in these hybrid times of global markets, wood, spirit, and quality workmanship borrows from the traditionalists in Japan and Scandinavia? How modest will new luxury's presence be?

Only one thing is for sure: This year once again, all kinds of foolish follies will compete with a lot of well-designed and solidly produced chairs, tables, armchairs, sofas, shelves, beds, and cupboards over who has attracted the most attention. After all, in April of each and every year, Milan presents a design festival, whose offering of extravagances, classics, surprises, banalities in their abundance looks something like Documenta and Venice Biennial suddenly thrown together, or so I would imagine.

In Alberto Savinio's world, it was still the craftsmen who made the interiors of our homes, the walls of our rooms and the furniture, with which we lived and which constituted our most loyal companions, adding shape and color to our everyday existence. Today, it is the designers that with their, and incidentally our, interiors determine our mood and inspire our thoughts. And there is nowhere else that they do it as vernally as in Milan. Let's go! 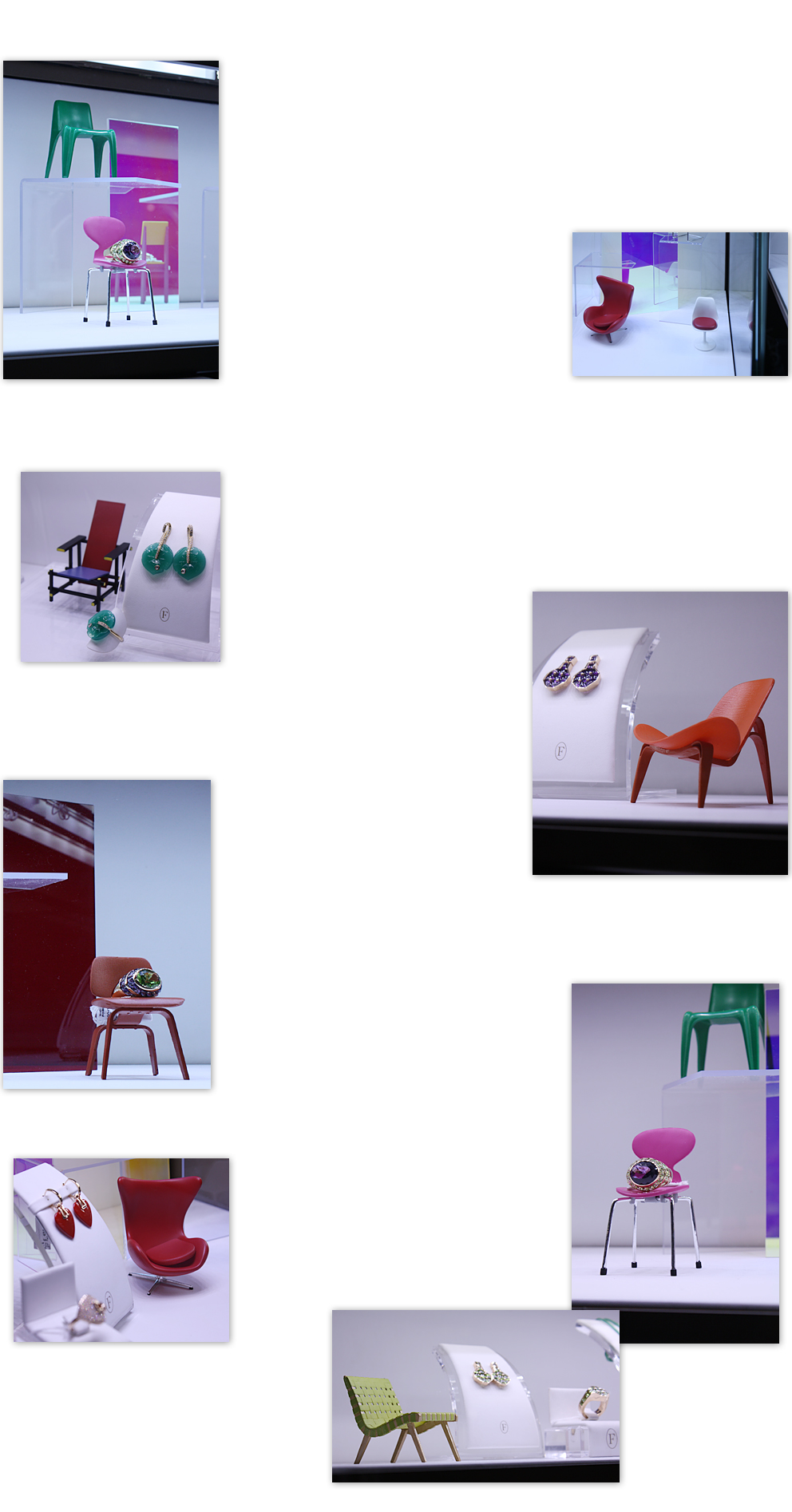