top
Still up to date 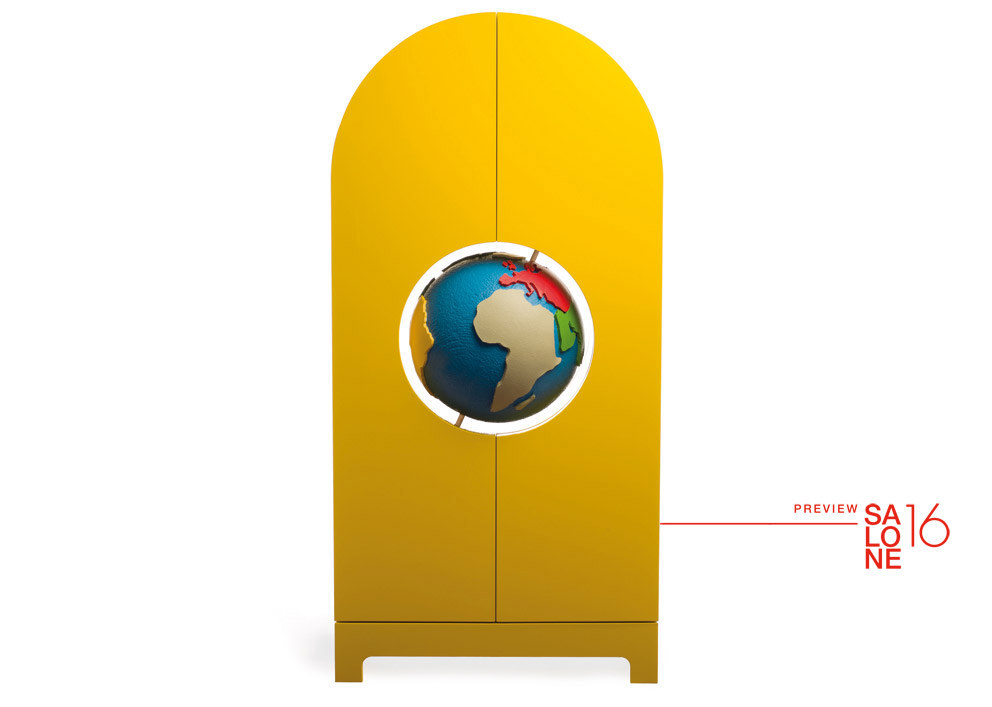 Without a doubt the Western mind’s affair with the world as a whole comes under the sign of the sphere. It is no coincidence that global philosopher Peter Sloterdijk explains how the early European metaphysicians, mathematicians and cosmologists enforced onto mortals their (back then) rather new and since then fateful definition that humans were sphere-forming and sphere-inhabiting creatures.

We all live on this sphere, or rather globe. Alternative habitats will not be available in the foreseeable future. In 2014, a handy version of the globe was created for all world travelers, globalization fans and for Gufram – in a limited edition of 50, and inset in a shrine in which the owner can store their own collection of curiosities. True, this object is not entirely new, but it was time to resurrect it. After all, we need to gradually become accustomed to not only having new things.

Anyone who on seeing this cabinet in the spirit of global Pop is not struck by how awful the situation is when as regards the idea of the globe, has not grasped globalization and should in future stay at home. But anyone who manages to capture the unicorn that is still at large
gets first prize! (tw)