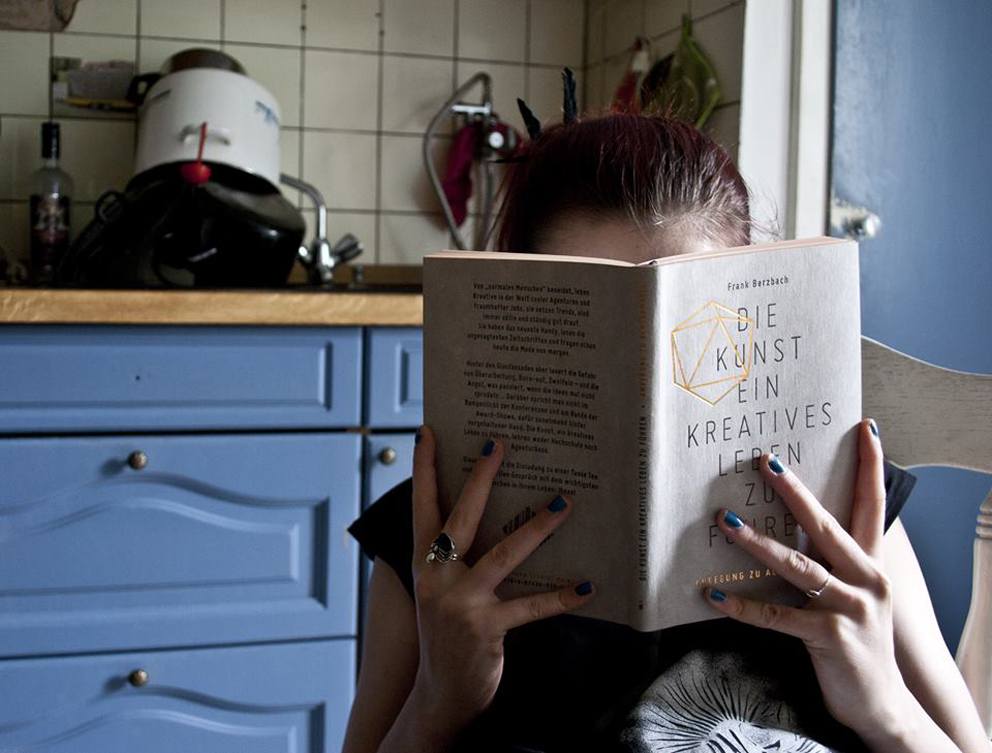 How do we want to live and work? The book "Kunst ein kreatives Leben zu führen" by Frank Berzbach shows creative people the way to good life and work. Photo © Saskia Wragge

People in the creative sector rarely associate themselves with self-help literature. Dismissive remarks such as “What a load of hot air!”, “Do you think I’m crazy or something?” or “That’s just for wimps!” tend to be their common response. These are people who do not consider themselves to be average, run-of-the-mill human beings, but rather to exist in parallel universes, where different rules apply. But there is one man who does not think in this way. In his little book “Kunst ein kreatives Leben zu führen”, Frank Berzbach writes about how creative people, too, can find the path towards better working and living. From his book “Kreativität aushalten” (Remaining creative), published two years ago, we already know Berzbach to have a particular understanding of the work and practices of designers, artists and illustrators. This is perhaps also in part due to his own experience in the creative sector: He is a publicist and was previously editor-in-chief of the platform “Sciencegarden”. Moreover, Berzbach undertook further studies in Educational Sciences, completing a PhD in the field.

How do we want to live and work? This is the question Berzbach focuses on, setting up a collection of practical life philosophies for creative professionals in six chapters. These are not dogmatic pieces of advice and demands, but a compilation of different views from various authors and origins that one can easily follow, without having to. A collection of insights and arguments drawn from philosophy, psychology, Christianity and Zen Buddhism, from philosophers such as Theodor W. Adorno and Wilhelm Schmid, clerics such as Anselm Grün and Thich Nhat Hanh and, time and again, Joseph Beuys.

First of all Berzbach makes one thing clear: Life as a creative person is not easy. Dissatisfaction is almost a given, as only someone who is dissatisfied with the status quo can be creatively productive. And earning money, he thinks, is not an easy thing for somebody who simultaneously has to be creative: They end up being service providers, craftspeople and artists, all at once. A balancing act, which time and time again leaves them in the lurch financially.

Getting that dose of freedom

To the outside eye, a creative job often seems an attractive option. The person who is doing it, however, is often grappling with their craft. But they have no choice. As Gabriel Garcia Marquez wrote in his autobiography, being a writer is an occupation to which you simply must succumb. To do otherwise would make you ill. A creative person, then, does not exactly seek out a career, but is given it; it is a calling, a commitment, a devotion, and a passion. And therein, according to Berzbach, lies one of the key problems. For a creative person there can be none of what it has recently become fashionable to call the “work-life balance”, as the boundaries between work and life are fluid. Creative work is freedom, and vice versa. And in Berzbach’s opinion, work is not only a space for just the right amount of freedom, but a “Lebensform”, a way of life.

That said, notes Berzbach, a certain distance from work is necessary, given that the biggest danger for an artist would be to lose himself within that which he creates, and become one with it. Berzbach encourages us, therefore, to carefully “frame” our roles at different moments, telling oneself, “Now I am an illustrator”, “Now I am a mother”, “Now, a best friend”. In fact, “ordering” and “tidying” play a particularly important role in Berzbach’s creative universe. He advises that the guiding principles of “honesty” and “simplicity” be followed not only at work and at home, but also within the soul, or spirit. Berzbach repeatedly returns to the theme of meditation. The more refined our spirit becomes, the more focused and observant we become, and the more we will be in touch with “real life”. Thus to balance out the (often) “virtual” nature of creative work, he advises people to take up “grounding activities” such as sports, voluntary social work or a fact-oriented job, in the way that Franz Kafka worked as a lawyer at an insurance company alongside being a writer.

In the Zen spirit

The third chapter, “Kreativität ist eine stille Angelegenheit” (Creativity is a quiet matter), in which Berzbach formulates his hypothesis, is pivotal. If we glance back at history we can see that great inventors often withdrew in order to “hatch” their ideas before presenting them to the public. Berzbach too calls for stillness and retreat as important elements of a creative life, which do not exclude others. Things such as “permanent availability and open-plan offices”, however, are in his view totally incompatible with an artist’s need for space.

In the end it becomes clear that Berzbach, despite his various forays into philosophy and Christianity, considers Zen Buddhism to provide the best framework for a creative life, whether that means turning towards a Zen aesthetic or training the spirit through meditation. And to prevent himself from venturing into mysticism here, Berzbach makes it clear that spirituality and this sense of stillness is not something that is necessarily linked to religion or the arcane. It is, he says, “quite natural”. And in true Zen spirit, in the final chapter the author invites us to drink “a bowl of tea” with him. Namely at work, by way of a short break, attentively of course, to organize our thoughts. In fact, a little more order and focus would also have done the book itself a favor, as the arguments sometimes do not fully hold up. Nonetheless, overall it is a guide that has something for all creative people, whichever universe they live in. 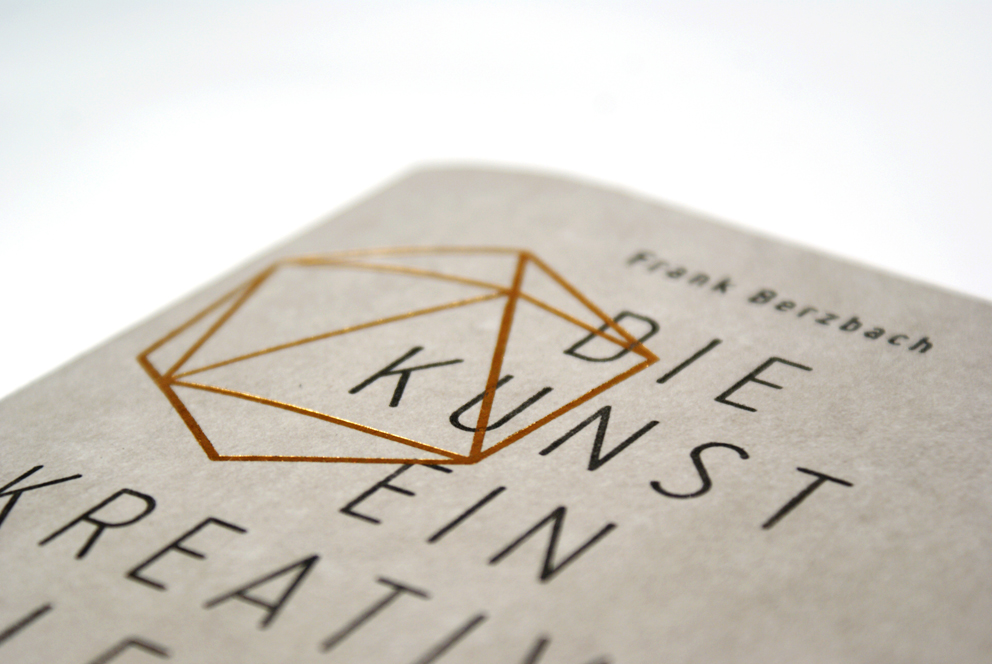 The list of references in the book refers to philosophers, scientists and artists, including Joseph Beuys, whose life formula plays a central role in Berzbach's guidebook. Photo © Verlag Hermann Schmidt 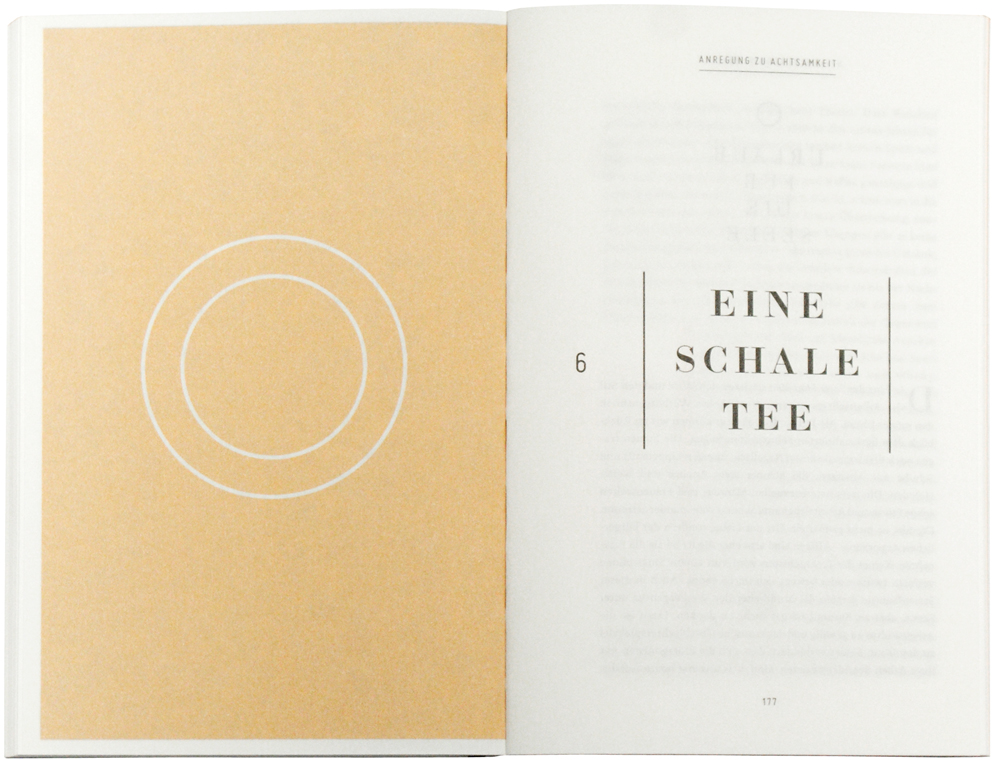 "Creativity starts with mindfulness". This is one of the central conclusions of Dr. Frank Berzbach. Photo © Verlag Hermann Schmidt 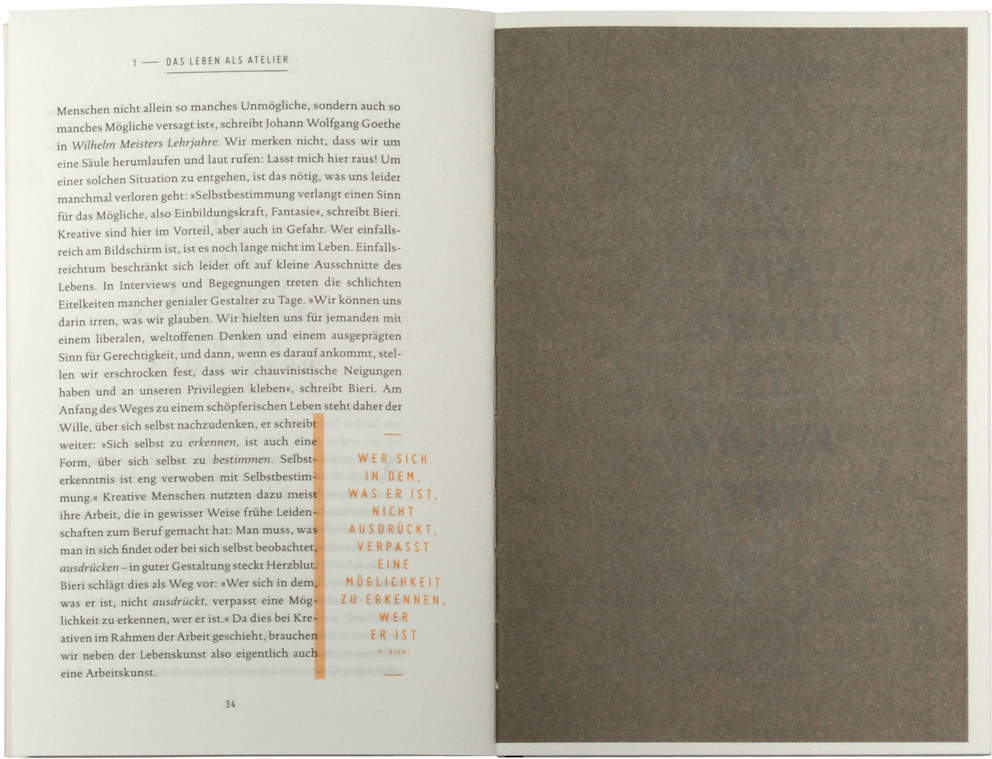 The author answers questions about creativity with quotes from Nietzsche, Kafka and others, but also deals with Eastern philosophy. Photo © Verlag Hermann Schmidt 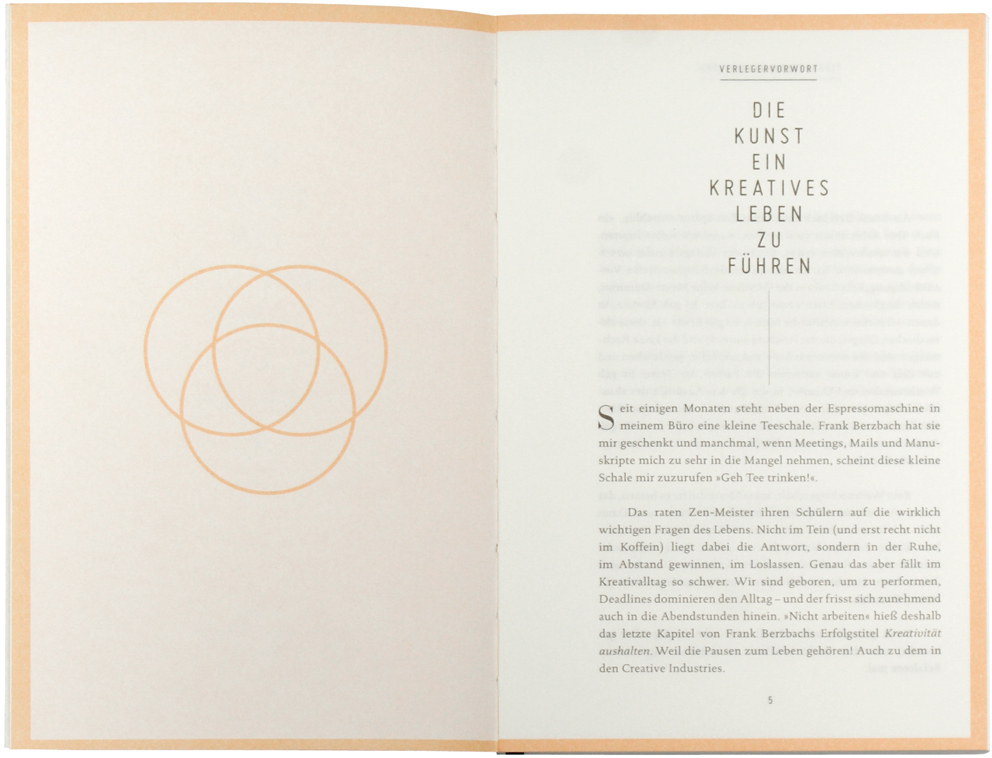 "Creativity is a form of existence. We can only achieve it if we constantly think about what is the meaning of our work. Doing so, we always have the freedom to change our direction." Frank Berzbach, photo © Verlag Hermann Schmidt 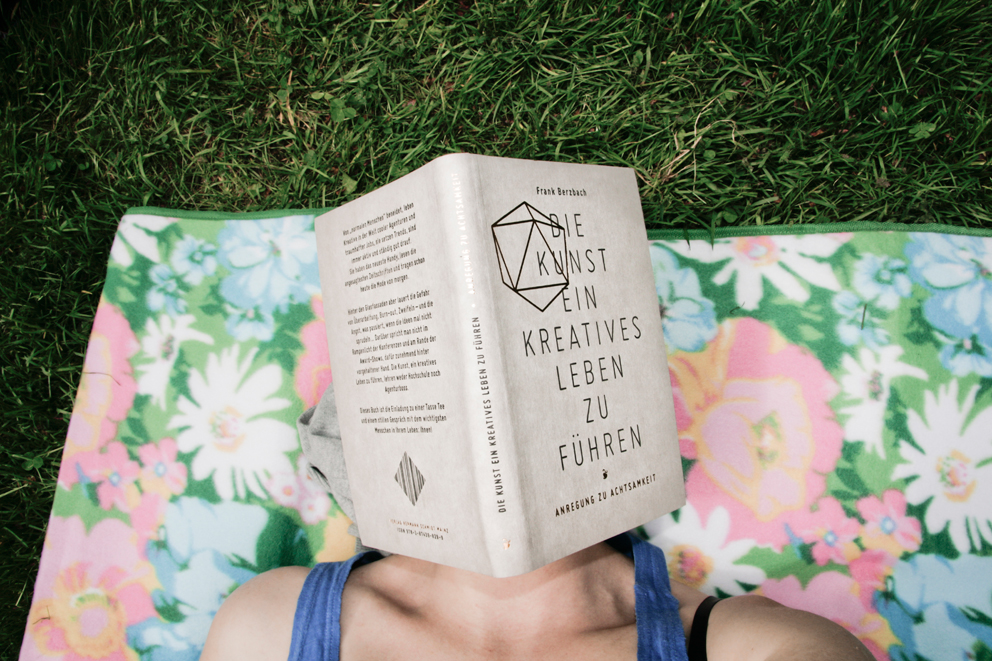 "Insert creative breaks, be alone sometimes, get to know the "inner prison" and accept the fact that creativity is a "quiet affair" Frank Berzbach, photo © Miriam Ganser 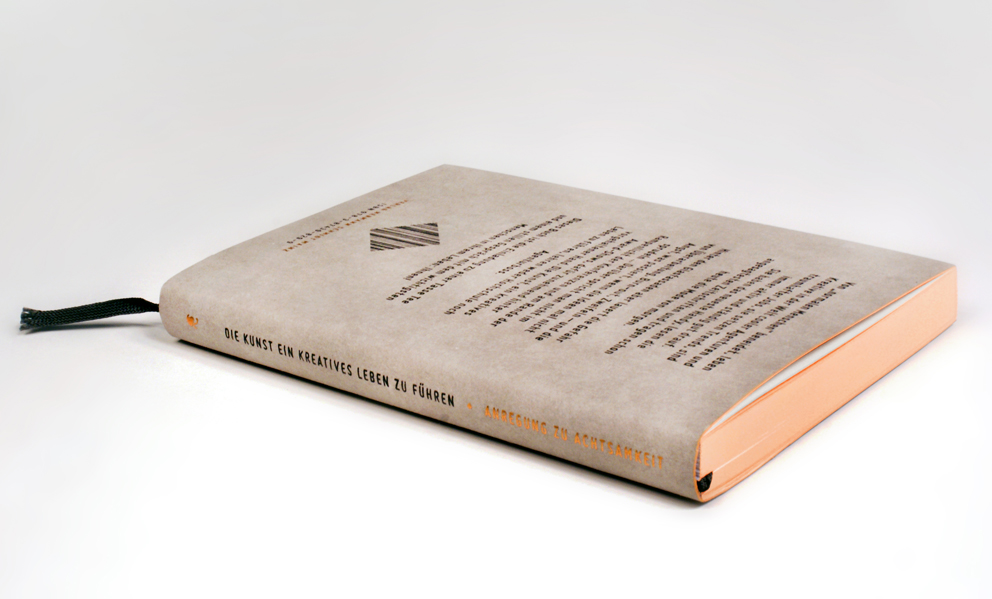